Dejan Lovren has accused Romelu Lukaku of deliberately catching him in the face with his boot during Saturday's 0-0 draw between Liverpool and Manchester United.

According to the Daily Mail's Dominic King, Lovren said: "I made a tackle there. I just felt he was over me and he could move away, but my view is that he did it on purpose. Even if he did it normally he would apologise after that. But I saw he was nervous during the game, so maybe that was the reason."

Lukaku caught Lovren's face with a boot while the defender was on the floor following a coming together at the end of the first half, prompting a dramatic reaction from the Liverpool player.

He gave his take on the FA's decision not to hand the Belgian a retrospective punishment: "That happened on the pitch and it is over. I cannot change it and no one can change it, so that is what I am thinking about. This is not my decision but it is what it is. We need to move on. That is part of the game."

King was sceptical of Lovren's reaction at the time:

Replays show absolutely nothing in that for Dejan Lovren to roll over. Noting at all.

Tom Williams of the Agence France-Presse concurred even after the realisation Lovren was struck in the face:

Bit worried about all those pills Lovren is taking. Lukaku's boot grazes his shoulder and he rolls around clutching his face.

On reflection, this angle suggests Lukaku's boot did catch Lovren in the face. Still an overreaction though https://t.co/H0Utrlzj7n

Only the Belgian will know if it was intentional, though Lukaku wasn't looking at the defender during the incident.

Football writer Nooruddean Choudry is certain the striker did not catch him deliberately:

Don't know who should be more embarrassed. United for playing so badly, or Liverpool for not making the most of it. Mad that Lukaku didn't get a card for that first challenge, but no way he meant that Lovren thing. Weird reaction from Neville.

Of course, the Croatia international was asked to comment on the incident, but his reaction appeared to be disproportionate to the contact between the two players.

Lukaku was fortunate to escape a booking shortly before that when he fouled Joe Gomez with a heavy challenge, but referee Martin Atkinson deemed it worthy of a verbal warning. 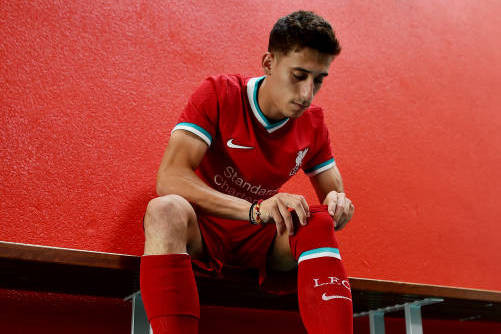