Uruguay will be without star man Luis Suarez when they host Argentina at the Estadio Centenario on Thursday in a vital qualifier for the 2018 FIFA World Cup in Russia.

Barcelona striker Suarez will miss out as he continues his recovery from a knee injury suffered at club level. Unfortunately for Uruguay, Suarez's Barca team-mate Lionel Messi is available to lead the line for Argentina.

Both teams need the points as they seek to lock down qualification. Uruguay and Argentina are on 23 and 22 points, respectively, making this a potentially decisive encounter.

Before a preview, here are the schedule and live-streaming details:

Being without Suarez is a major blow for Uruguay manager Oscar Tabarez. However, the 70-year-old can still call on Paris Saint-Germain centre-forward Edinson Cavani.

Cavani will have a heavy burden to carry in the absence of the injured Suarez.Matilde Campodonico/Associated Press

Different in style than Suarez, Cavani is more direct and poses a greater threat in the air. Still, the 30-year-old is one of the most prolific goalscorers in Europe, having found the net 43 times for Les Parisiens in Ligue 1 and UEFA Champions League action last season, per WhoScored.com.

Yet despite Cavani's power and clever movement, Uruguay are still sure to miss Suarez. The latter is the one true flair player capable of adding some style to the normally pragmatic blueprint favoured by Tabarez.

In fairness to Tabarez, pragmatism may be an advisable way to go against an Argentina team loaded with attacking quality. Messi is the talisman, while Cavani's PSG team-mate Angel Di Maria will offer ample creativity, either from the flanks or central areas.

One player keen to make an impression will be Juventus forward Paulo Dybala. The precocious 23-year-old is arguably the natural successor to Messi as his country's leading light, and he got his club season started in style by netting a hat-trick for the Bianconeri in a 4-2 win over Genoa.

Dybala is ready to become a star at international level.JUAN MABROMATA/Getty Images

Messi and Dybala aren't the only star attackers manager Jorge Sampaoli can call on. He also has the option of using Manchester City striker Sergio Aguero.

Sampaoli is still leaning on the stars, but he has also shaken things up with some of his other selections. His most notable call involved choosing Inter Milan striker Mauro Icardi over Dybala's Juve team-mate Gonzalo Higuain.

It's a decision Sampaoli explained and defended, per Goal's Joe Wright: "We need a striker who, as well as goals, has the characteristics of an assist-maker. That's why we called him up."

Sampaoli knows La Albiceleste are under pressure to keep their qualification hopes alive. Winning in Uruguay won't be easy, though, even without Suarez to contend with.

Icardi has been handed a rare chance by Sampaoli.ALEJANDRO PAGNI/Getty Images

Even so, Messi, Dybala and Co. should have enough to edge a tight but vital win. 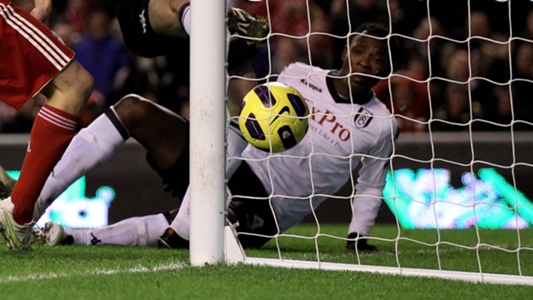