Atalanta full-back Leonardo Spinazzola has taken to social media to express his desire to return to parent club Juventus early, while the Bianconeri are once again being pulled into the Keita Balde Diao transfer saga.

As Football Italia reported, Spinazzola is in the middle of a two-year loan spell in Bergamo but has been constantly linked with an early return to Turin.

With the summer transfer window coming to an end on Thursday, the 24-year-old has made it clear he wishes to return to the Bianconeri earlier than planned. In a post on Instagram, he wrote:

"I'm sorry. I'm sorry if I offended anyone because anyone that knows me knows who I am and and what my values are.

"Returning to Juventus at 24 would be the achievement of a dream. A sweaty dream, fought, tried for and finally realised after years of loans and sacrifice.

"Bergamo, Atalanta and their fantastic fans, the Percassi family, Mr. Gasperini and every single player and member of staff, you've all been crucial for me so that this dream could finally happen, and I'll always thank them."

The right-footed left-back, who can also play further up the pitch or on the other flank, has spent the past couple of seasons bouncing from club to club. He's part of Juventus' vast network of players who have been pushed out on numerous loan deals and never seemed likely to make an impact for the Bianconeri.

But after solid campaigns at Vicenza and Perugia, he exploded with Atalanta in the 2016-17 season. Spinazzola easily ranked among the top left-backs in Serie A and played a huge role for La Dea, who booked their first ticket for a European campaign in 26 years.

His fine form was rewarded with a call-up to the Italy squad, and transfer speculation naturally followed.

Here's a look at some of his highlights:

Juventus don't have tons of depth at full-back, where Alex Sandro is expected to start on the left side of defence and the other flank is filled with questions. Spinazzola's versatility would make him an excellent addition, and he could well challenge Stephan Lichtsteiner and Mattia De Sciglio for the right-back berth.

Meanwhile, Sky Sports has once again mentioned Juventus as a possible landing spot for Keita (h/t Tuttomercatoweb, via Jean-Luca Mascaro of Calciomercato.com), despite the club's insistence they will not add the talented winger this summer.

As shared by Football Italia, club CEO Beppe Marotta recently ruled out a move for the Lazio man:

Sky Sports reported Inter and Juventus are set to battle it out for Keita, however, with the player believed to favour a move to Turin.

The 22-year-old will be a free agent next summer and has so far refused to sign a new deal with Lazio, as he's eyeing a move to a bigger club. A last-minute transfer is a possibility, although Juventus seem to be waiting for the chance to sign him for free.

Khedira: 'My Dream Is to Win the Champions League with Juventus'

Khedira: 'My Dream Is to Win the Champions League with Juventus' 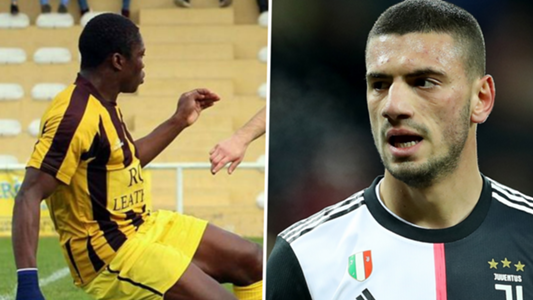