Washington Nationals star Bryce Harper was among many who were surprised to see San Francisco Giants reliever Hunter Strickland appear to exact revenge for a series of events in the 2014 National League Division Series.

"I don't want to go on a baseball field and try to fight somebody. Especially when it's somebody that's in the past," Harper said, per MASN's Mark Zuckerman. "It's so in the past that it's not even relevant anymore. They won the World Series that year. I don't even think he should be thinking about what happened in the first round. He should be thinking about wearing that ring home every single night. I don't know why he did it or what he did it for, but I guess it happens."

In the eighth inning of Monday's game, Strickland hit Harper with a 98 mph fastball, inciting a brawl between the Giants and Nationals:

The 2015 National League MVP said he believes Strickland intended to hit him with the pitch, per MASN's Dan Kolko: "Nah, that's probably the first time that I was certain that somebody was going to try and throw at me. I wasn't really going up there thinking that. But after he did it, I was like, 'That was definitely intentional.'"

However, Strickland said he didn't intend to hit Harper and only tried to avoid leaving a pitch over the plate, per ESPN.com.

Harper also addressed throwing his batting helmet as he approached the mound, per Zuckerman:

For those asking, here's Harper's answer to a question about his helmet. Not sure he even realized what he did with it... https://t.co/QOSEfFn1vg

Harper saw Strickland in the 2014 NLDS twice, hitting home runs in each at-bat.

As Harper mentioned, Strickland came away the clear victor from the 2014 postseason. After beating the Nationals in four games, the Giants knocked out the St. Louis Cardinals and Kansas City Royals en route to their eighth World Series title.

With over two years having elapsed since the 2014 NLDS, any bad blood between Strickland and Harper would've seemingly dissolved. Instead, Strickland created more drama.

The Nationals and Giants play two more games to close out their current series, and Washington will welcome in San Francisco for a three-game set beginning Aug. 11. Should he take the mound, Strickland likely won't receive a warm reception in the nation's capital.

@ZachRymer looks at each lineup one month ahead of spring training 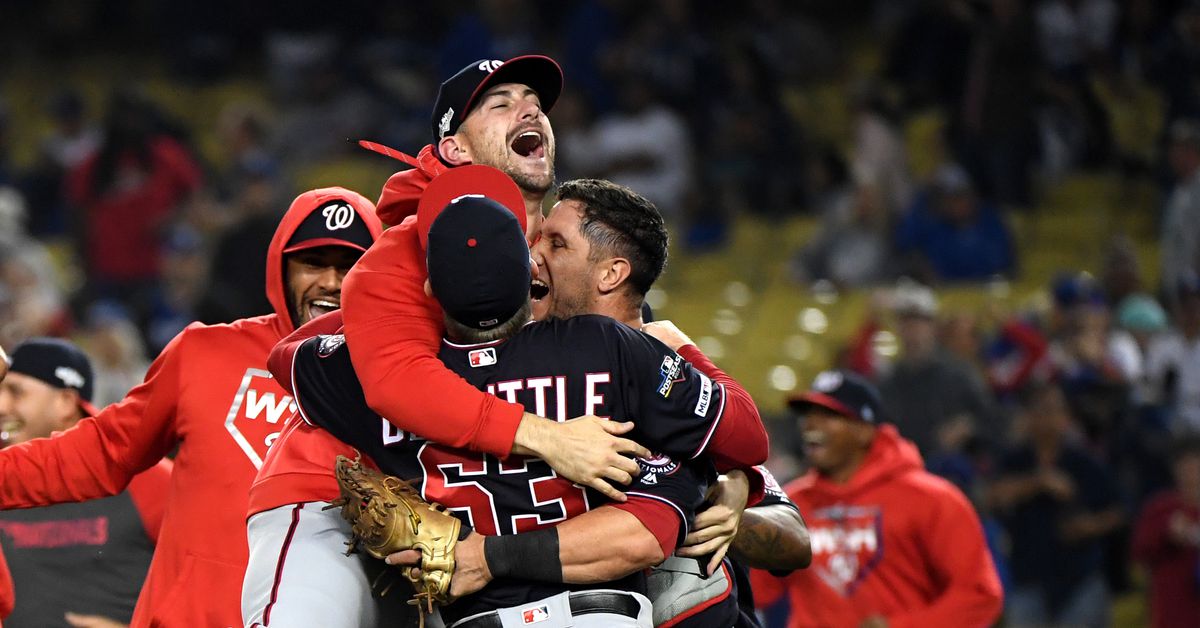 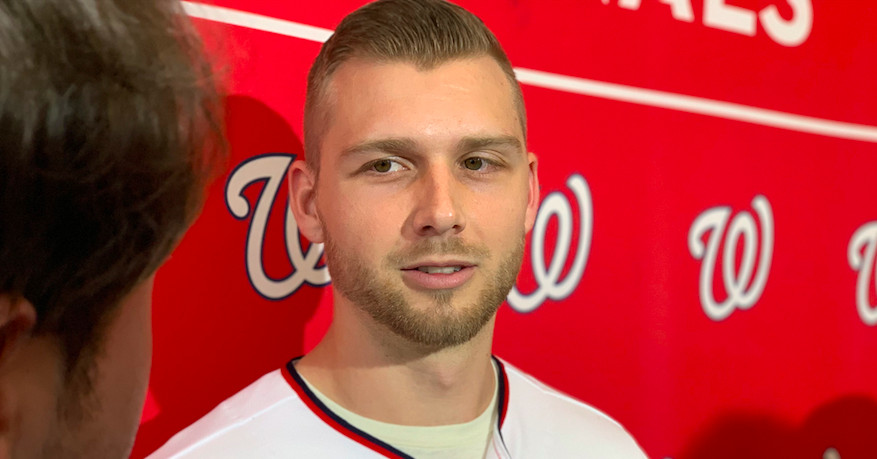