The Dallas Mavericks have made a move to acquire Kristaps Porzingis in a blockbuster trade with the New York Knicks.

Marc Stein of the New York Times provided the Knicks' official release and a full breakdown of the trade:

Adrian Wojnarowski and Ian Begley of ESPN reported the Knicks will receive an unprotected first-round pick in 2021 and a protected (1-10) first-rounder in 2023.

Porzingis has been out all year while recovering from a torn ACL suffered last season. In December, the Knicks announced he would be evaluated in mid-February, although there was no timetable for his return.

The Knicks said the soonest Porzingis could return would be the end of February, but there are no guarantees he will play at all in 2018-19. Of course, Dallas will have an opportunity to create its own timetable.

When healthy, Porzingis has shown he can be one of the top young big men in the NBA.

The 2015 No. 4 overall draft pick turned his potential into production last season, averaging 22.7 points, 6.6 rebounds and 2.4 blocks per game before his February injury. 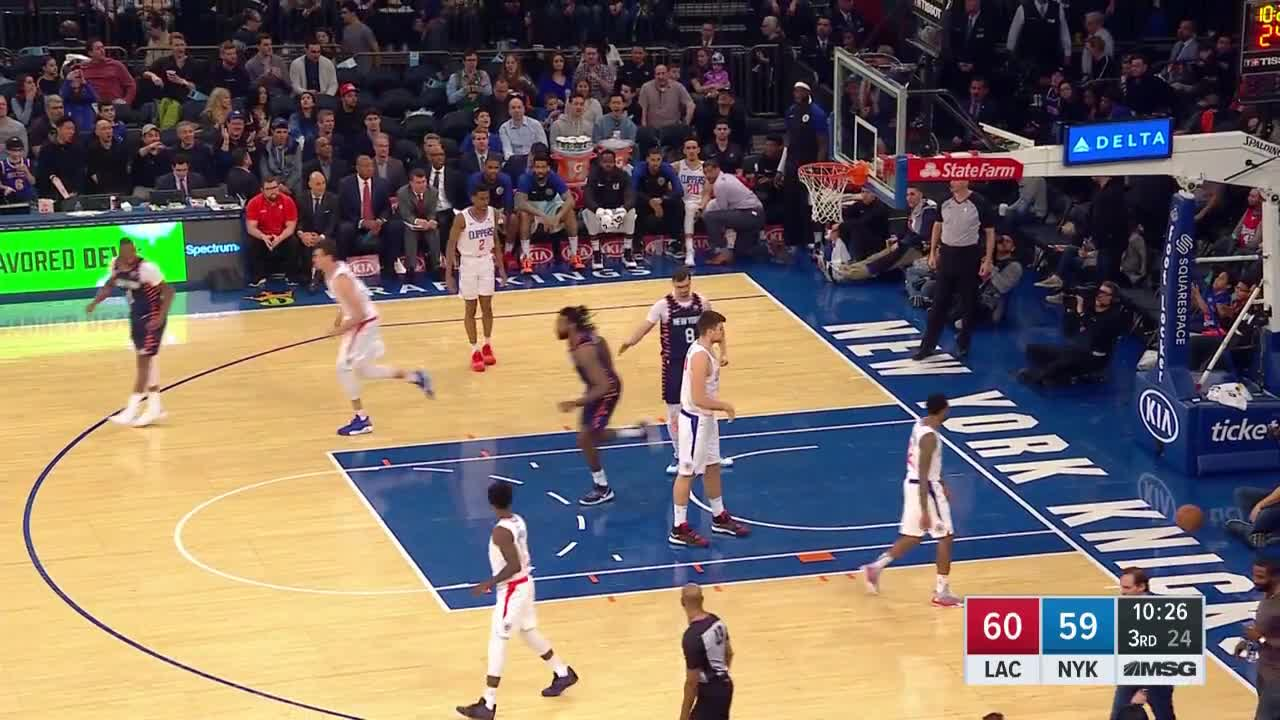 Despite his on-court talent, there has been speculation about a trade since the 2017 offseason when he skipped his exit meeting. Team president Phil Jackson's removal from the organization helped quiet concerns, but his future with the team has never been completely secure, especially after the two sides couldn't agree to an extension before this season.

Porzingis reportedly held a meeting with team management Thursday and gave an indication he wanted to be traded, per ESPN.com's Wojnarowski, Zach Lowe, Ramona Shelburne and Ian Begley.

Porzingis was reportedly upset about the "franchise's losing, its past dysfunction and his own uncertainty over creating sustainable organizational success."

While the forward is set to become a restricted free agent this summer, the latest deal allows him to get a feel for a new team before some tough decisions in the offseason.

The Mavericks will also now have a chance to match any deal and keep him as part of their new core going forward alongside Rookie of the Year favorite Luka Doncic.

At his best, the 7'3" forward is a star on both ends of the court who can make an impact in the paint while also knocking down shots from three-point range, earning him the "Unicorn" nickname.

He couldn't provide much more help to the Knicks, who haven't made the playoffs since 2013. However, he gets a chance at a fresh start in Dallas, hoping to eventually see the first playoff action of his career.

When healthy, he could be a game-changing player who affects the entire NBA for years to come.

Meanwhile, the Knicks will hope to start fresh with Dennis Smith Jr. and hopefully some free agents in the offseason, as Brian Windhorst pointed out:

The Knicks are on way toward creating 2 max salary slots for next summer. When today started they didn’t even have space for 1. They are preparing to swing big.

The team cleared the massive contracts of Tim Hardaway Jr. and Courtney Lee while adding expiring ones in DeAndre Jordan and Wesley Matthews.

Chris Mannix of Sports Illustrated noted this could mean Kevin Durant is hoping to come to New York in the offseason.

In any case, this puts a lot of pressure on the Knicks this offseason after trading away one of the most talented players they have had in decades.