Those numbers were boosted by superlative performances throughout Gonzaga's run to the national title game. Specifically, Collins erupted for 14 points on two separate occasions—including a Final Four showdown with the South Carolina Gamecocks that also saw him grab 13 rebounds and block six shots. 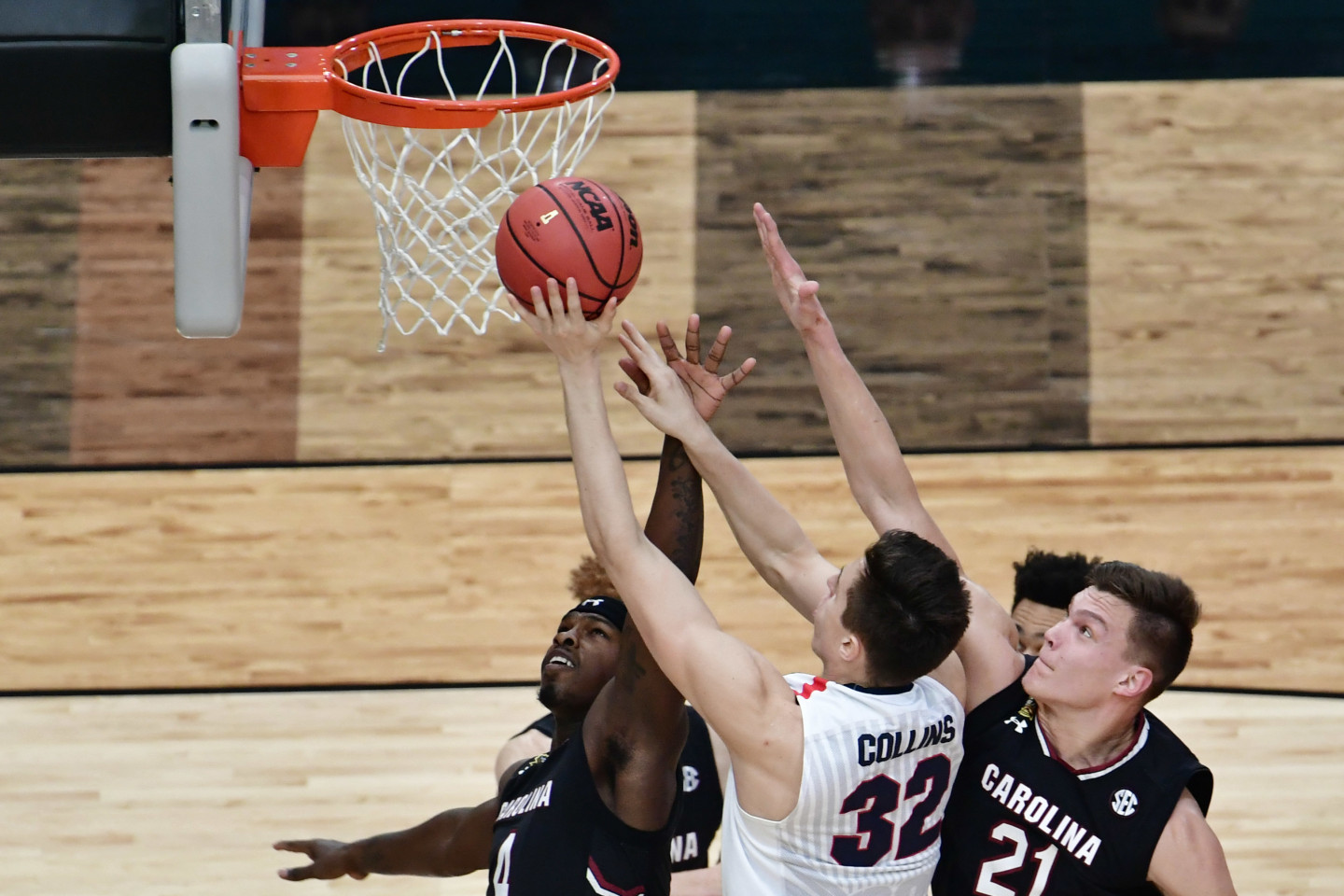 Following a loss to the North Carolina Tar Heels in the championship game, Collins clocked in at No. 13 on the big board of Bleacher Report's Jonathan Wasserman.

According to Wasserman: "Collins has NBA-center size, mobile feet and soft hands, and he's flashed promising touch on his mid-range jumper and free throws (74.3 percent)."

To that point, Collins shot 68.1 percent at the rim, 55.6 percent on two-point jumpers and 47.6 percent on threes last season, per Hoop-Math.com.

The sample size admittedly wasn't large, but at 19 years old, Collins looks like a prototypical modern NBA big who can stretch the floor and protect the rim efficiently.

For more news, rumors and related stories about Zach Collins, Gonzaga and the NBA draft, check out the NBA draft and Gonzaga streams on Bleacher Report's app.