MEMPHIS — After he made the biggest and most unlikely shot of the NCAA tournament—after he propelled North Carolina into the Final Four with one graceful flick of the wrist—Luke Maye screamed, flexed his muscles and then bear-hugged teammate Joel Berry, lifting him off the FedEx Forum court.

"He was acting like a football player out there," Berry chuckled following the Tar Heels' 75-73 win over Kentucky, and it was fitting, because early in his life, that's what most folks assumed Luke Maye would be.
His father, Mark, played quarterback for the Tar Heels—he led the ACC in passing in 1986—and might have had an opportunity to compete in the NFL had injuries not halted his career. Broad-shouldered, thick and athletic, Luke's build seemed perfect for the gridiron, too.

That's why so many people in tiny Cornelius, North Carolina (population 27,000) were puzzled by his decision to focus on basketball at Hough High School. And they doubted Maye even more when he passed on scholarship offers from Clemson and Davidson to join the Tar Heels as an invited walk-on.

Multiple people suggested he wasn't good enough to play for such a prestigious program.

"They were saying I was undersized and that I wasn't going to be able to play here," Maye said. "I just wanted to prove those people wrong and show them that I can play here."

"I think I proved it tonight."

The most anticipated game of the NCAA tournament seemed destined for overtime after Kentucky's Malik Monk forced a tie at 73 on a three-pointer with 7.2 seconds remaining. But before Wildcats coach John Calipari could call timeout to set his defense, North Carolina inbounded the ball to Theo Pinson, who raced up the court and into the lane before pitching the ball to Maye alone on the left wing.

A 6'8", 235-pound sophomore who entered the postseason averaging five points per game, Maye set his feet and, using perfect form, hoisted an 18-footer that tickled the bottom of the net with 0.3 seconds remaining. The shot proved to be the game-winner, as Kentucky didn't have time to attempt another field goal.

"When I saw it fall through," Berry said, "all I could do was put my hands up in the sky and say, 'Thank you.' He won the game for us."

And not just because of the final shot.

Two nights after scoring a career-high 16 points in a Sweet 16 win over Butler, Maye—who comes off the bench—finished with 17 in Sunday's thriller against Kentucky. He made 12 of his 19 shot attempts over the weekend, including five of eight from beyond the arc.

As the Tar Heels snipped away at the nets—celebrating their second straight berth in the Final Four—Maye appeared to tear up when it was announced that he'd been chosen as the Most Outstanding Player of the South Regional. North Carolina coach Roy Williams was misty-eyed, too, as he awaited his turn to climb the ladder.

It was a little more than a year ago—shortly after UNC's loss to Villanova in the 2016 title game—when Maye stopped by Williams' office and vowed to work harder than any player in the program during the offseason. Maye averaged just 1.2 points as a freshman.

"Coach always preaches sweat and putting in the time," said Maye, who reached double figures just three times during the regular season. "I put a lot of hours in the gym doing extra shooting, whatever it takes. I always wanted to be ready for a moment like this."

Granted, in many ways, Maye began envisioning scenarios such as Sunday's long before he arrived in Chapel Hill.

The oldest of four brothers—one of whom is Cole, a 6'7" left-handed pitcher at the University of Florida—Luke and his family often made the 160-mile drive from Cornelius to Chapel Hill for Tar Heels games. When North Carolina won the 2009 NCAA title in Detroit, Luke cheered from the stands in a Tyler Hansbrough jersey.

Luke Maye applauds from the bench, where he spent the majority of his first two years in college.Peyton Williams/Getty Images

"He's been a fan his whole life," said Mark, whose wife, Aimee, also attended UNC. "He always wanted to be a Tar Heel."

Luke committed to North Carolina in the fall of his senior year, but for a time, it appeared he'd have to join the team as an invited walk-on. The Tar Heels had just one scholarship remaining, and the plan—or rather, the hope—was that it would be given to 5-star recruit Brandon Ingram.

But when Ingram spurned UNC and committed to Duke, Williams awarded the scholarship to Maye.

In a game that featured four standouts projected to go in the first round of this summer's NBA draft, it almost seemed storybook that an unheralded player such as Maye ended up as the hero. But Maye's teammates were hardly shocked.

"It was (fitting) for him to make that play," Pinson said, "because he puts in so much work that no one ever sees. He was all alone, wide open. He shoots that shot countless hours in the gym. I'm really not shocked he hit it."

Pinson laughed, "I knew it was good, but I was still thinking, ‘Lord, let it go in.'"

Maye's shot was easily the most exhilarating NCAA tournament moment since last year's championship game, when Villanova's Kris Jenkins swished a three-pointer at the buzzer to beat North Carolina 77-74.

Jenkins was in attendance at Sunday's contest at the FedEx Forum, where he sat in the Tar Heels section to support his brother, UNC guard Nate Britt. Jenkins smiled when asked how Maye's heroic shot could alter his life.

"I'd say that Luke Maye will have a lot of swagger after that shot," Jenkins said. "He's getting a lot of text messages and calls right now."

Nearly an hour after the win, Maye still hadn't checked his phone. There were nets to cut down and interviews to conduct and hugs to give—although none was as big as the one he doled out to Berry on the hardwood, just a few seconds after becoming a Tar Heel legend.

"I want to be around him when he goes to class this week, just to see what it's like," Berry said. "Everybody at the school is going to go crazy.

"He basically just put us in the Final Four."

Jason King is a senior writer for B/R Mag based in Kansas. A former staff writer at ESPN.com, Yahoo Sports and the Kansas City Star, King's work has received mention in the popular book series The Best American Sports Writing. Follow him on Twitter: @JasonKingBR. 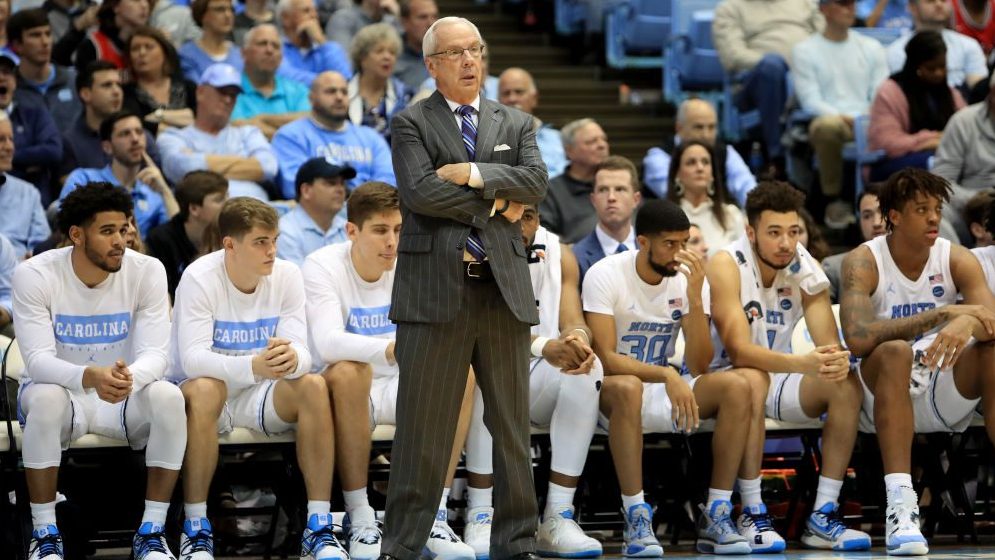 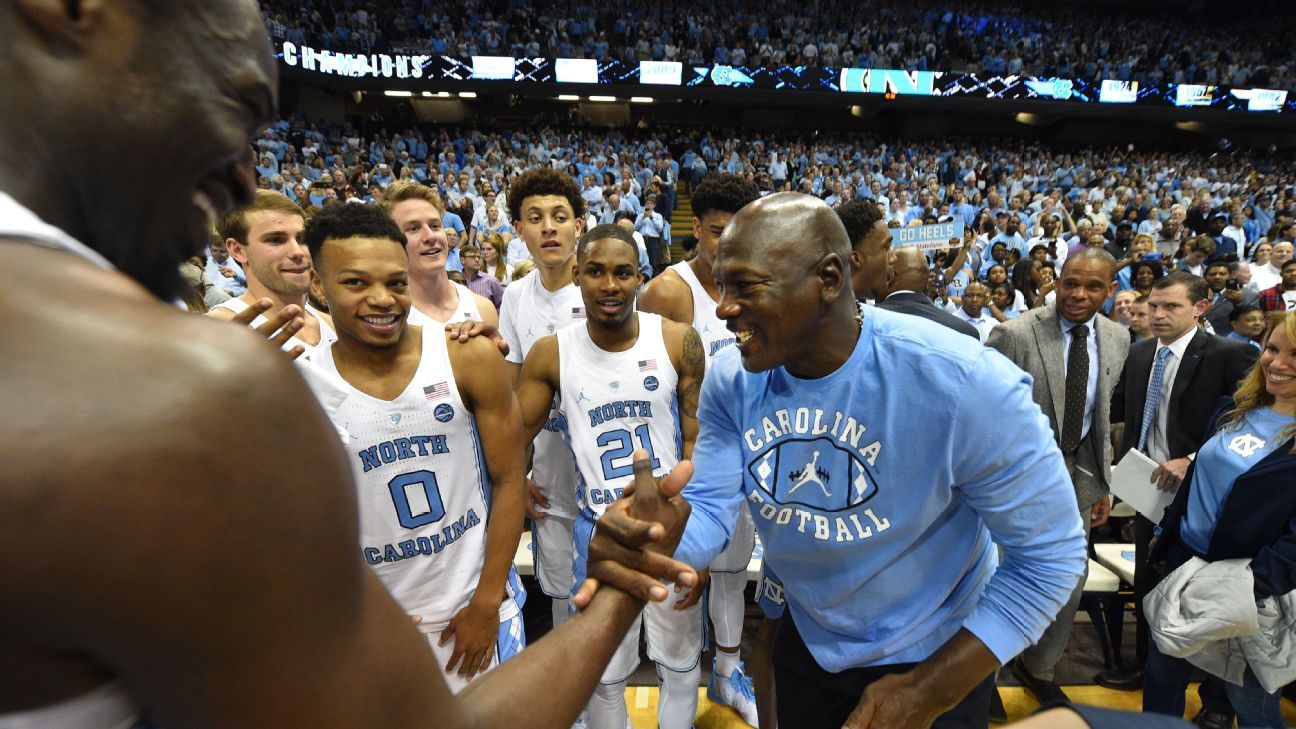