When it comes to separating the best teams at the elite level of sport, the focus often falls on those who impact on the scoreline in a positive sense.

Regardless of which sport, but particularly in football, the emphasis is on who can make the breakthrough, who can score the most goals or points and who is consistent and reliable enough to make a telling, world-class contribution when it matters most.

But there's another side to the conversation, one which even in an era of data, statistics and previously unheralded accessibility to footage, is still overlooked in favour of the headline-makers: the players who create the platform for the rest of the team to perform from.

At Real Madrid, the manager is the builder, or perhaps, even the project manager. To elongate the metaphor, Sergio Ramos is perhaps the bricks of the outer wall, omnipresent regardless of stylistic changes, while Cristiano Ronaldo is the facade, the expensive addition to add the touch of class regarded as necessary to shine brighter than the rest.

But for any of those components to succeed, for any of those individuals to be able to display their ability with regularity, a building or a team needs a foundation. Rock-solid, stable and carrying whatever burden necessary.

It's important to address what we're suggesting in clear terms: Casemiro isn't the greatest player at the club. He's not the finest import, the name who kids want on their replica jerseys, and he's certainly not in the running for the title of "best" in any onlookers' definition of the word.

But for importance, it's entirely possible he cannot be matched.

The Brazilian has a defined role—structural and organisational as well as technical—and he performs it as adeptly (although in his own way) as any other who can lay claim to be elite in world football: Sergio Busquets, Nemanja Matic, Xabi Alonso, Fabinho.

Without any of those players, their respective sides suffer. Without Casemiro, Real Madrid can suffer more than most.

Casemiro-plus-two—that's the Madrid midfield arrangement under Zinedine Zidane, with the French boss sticking resolutely to the Brazilian, Luka Modric and Toni Kroos as his go-to trio whenever a key game crops up or rotation isn't absolutely necessary.

The Brazilian has played the full 90 minutes in all three Champions League games he has been fit for, didn't miss a single minute of the Club World Cup or European Super Cup—both finals went to extra time—and played in 10 Liga games in succession once he returned from injury.

Even in the Copa del Rey, an opportunity to rotate Casemiro was spurned: He was injured for the first game but played the full 90 against Leonesa, both legs against Sevilla and the first leg against Celta Vigo. Only in the 89th minute, with Real still needing to score, was he subbed in the second leg.

Last season was a similar story once Zidane had brought Casemiro into the fold, starting 10 of the last 12 in La Liga.

Of the more forward-thinking duo, Kroos is the one who has benefited most from Casemiro's inclusion. Freed from the defensive duties placed upon him previously, the German orchestrates Madrid's play once more, free to shuttle into the channels or burst toward the penalty box as a runner from deep, safe in the knowledge that reinforcements are behind him in case the move breaks down.

Naturally, Los Blancos are built overall with attacking in mind—in numbers and with regularity. A big part of that is the front line, the BBC attack, where Gareth Bale, Karim Benzema and Ronaldo are freed from the need to track back consistently in general play, unlike most wide forwards in teams that operate in a 4-3-3.

While part of that is expectation that Real's all-round ability levels will be higher than the opposition—certainly in La Liga—the biggest reason for excusing their off-the-ball work is simply that Casemiro provides adequate cover.

Leave Ronaldo and Bale high upfield and most teams opt against committing an extra man forward, more often than not leaving Casemiro going man-for-man against an attacker and mopping up counter-attacks by the opposition.

One Man, One Job

That's Casemiro's role, and it's a vital one for Real Madrid's team structure, but he also performs it to near-perfection. Injuries have decimated Madrid's midfield and indeed entire squad at times this season, with even Casemiro himself suffering a spell sidelined, but his presence has compensated for others' deterioration, whether physical or form-based.

He protects an inconsistent defence and has helped the team concede far fewer goals than they might have done, which is especially important considering Bale has been out for months, Ronaldo's all-round game has been of a lowered quality this year, and Benzema's form has fallen off a cliff. Madrid are still a potent threat in attack, but the cohesion hasn't always been there.

With him in the team, Real Madrid have kept a clean sheet every 2.2 games. Without him, that jumps twice as high: a clean sheet only every 4.4 games.

To put it in another context, during the 14-match spell that Casemiro was injured for, Real Madrid managed just two clean sheets: one at home against newly promoted Leganes, the other in the derby against Atletico, when every Real player reached their highest level, or even more in some cases.

When the Brazilian has featured, Real conceded an average of 0.86 goals per match, which rises to 1.17 goals per match when he's not in the side (or plays less than five minutes), and it isn't just goals, either.

Those conceded translate directly to points: In La Liga this season, Real have taken an average of 2.27 points per game in the fixtures Casemiro played no part in, which included their September/October wobble when they drew three in succession.

With Casemiro playing a part in matches, it's 2.43 points per game.

Incidentally, that tally extrapolated over the course of an entire season would yield 92 points—or one point more than was required to win La Liga last season.

A famous Real Madrid man in the same position had his name coined for the role, Claude Makelele. The defensive-midfielder position is still unfashionable, and connotations of the mere name conjure up images of destruction rather than creativity, of limited players rather than skilful ones—but the truth couldn't be further away.

While the biggest money will still always be paid for goals, there are fewer specialists in the Makelele role, the Casemiro role, and the usual truth of world football is that the teams who win major trophies have the best midfield balance.

Without a platform for attacking stars to receive possession from and be covered by, goals can quickly be cancelled out by conceding more, and it only takes one match of the attackers misfiring to make such an oversight extremely costly.

He's not consistently flashy, but as the thunderbolt volley against Napoli recently showed, Casemiro knows how to make his presence felt in the final third on occasion, too.

His defensive duties are what Zidane really values him for, though, and what his team-mates benefit from game after game. Reliability, physicality, consistency and tenacity combine with his technical prowess and, between them all, Casemiro makes a huge case for being Real's most important player of the current side. 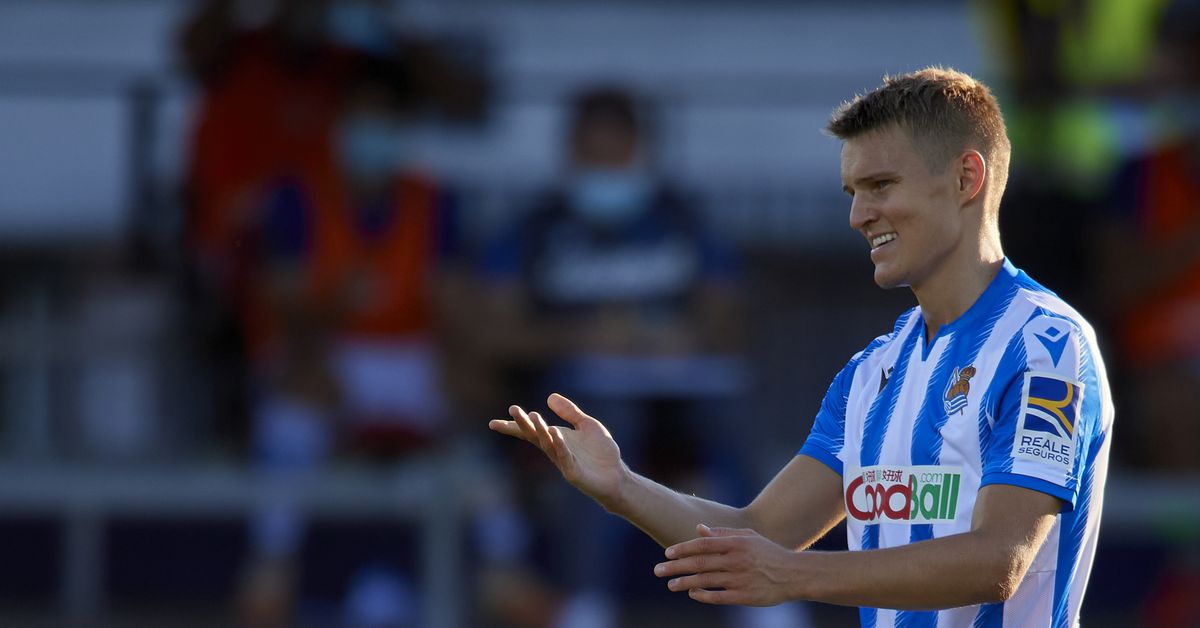 Casillas: I Hope My Next Stage Will Be with Madrid 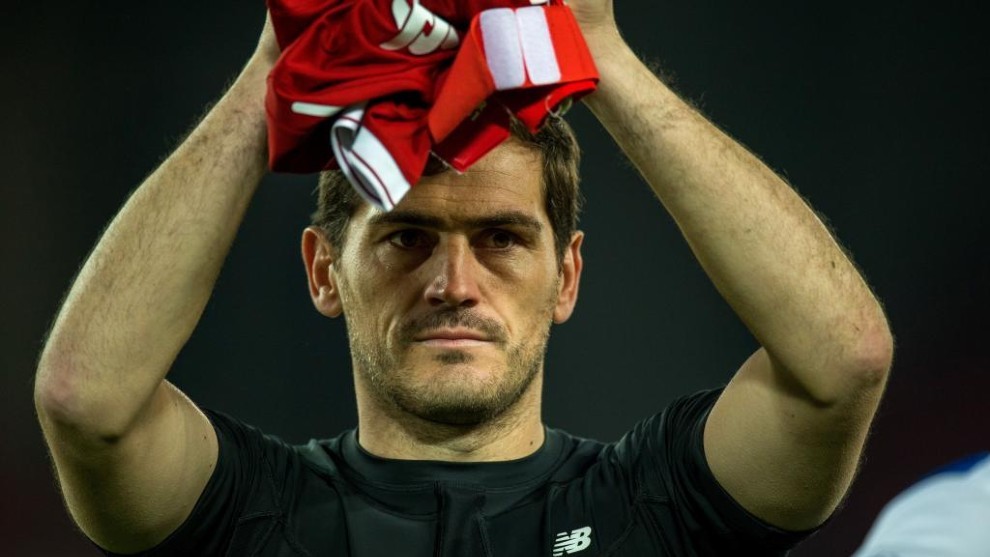 Casillas: I Hope My Next Stage Will Be with Madrid

Bale Must Wish He Was Back at Tottenham — Townsend 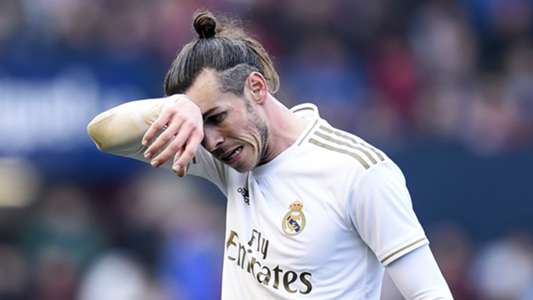 Bale Must Wish He Was Back at Tottenham — Townsend