According to La Nazione (h/t Calciomercato.com's Lorenzo Bettoni), Fiorentina's lawyers have calculated the club lost out on €30 million without Salah, based on the number of matches the Egypt international should have played for the club and the transfer fee La Viola had to spend to buy his replacement, Nikola Kalinic.

Salah refused his transfer to Fiorentina when the club exercised its option to make his loan permanent last summer, and he instead moved to Serie A rivals AS Roma. The Florence club maintain he had no right to do so, while the player's entourage disagrees, per the report.

At the time, Fiorentina were furious, as Salah's original loan deal was for 18 months, per Goal. Even if the player had refused to honour the clause to make the move permanent, which remains a point of contention, he should have returned to Florence for the 2015-16 campaign.

His 18-month loan deal was part of the Blues' move for Juan Cuadrado, which explains why La Viola still hold a grudge against the club as well.

Salah enjoyed a remarkable resurgence with Fiorentina after a difficult spell with Chelsea, playing a key role in the club's run to the UEFA Europa League semi-finals.

Along the way, he scored key goals against the likes of Juventus and Inter Milan, and he quickly became a fans' favourite at the Stadio Artemio Franchi.

Here's a look at his Fiorentina highlights:

But while Fiorentina enjoyed fine form on the pitch, trouble was brewing behind the scenes. Manager Vincenzo Montella, widely seen as the architect of the club's success, was sacked last June.

Per WhoScored.com, Salah scored an impressive 14 Serie A goals for Roma this season, and his strong play likely added to Fiorentina's frustrations. 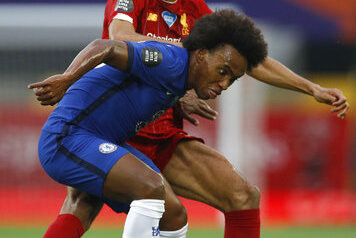