The highly anticipated clash between Juventus and Genoa promised to be both entertaining and intense. The expectations were high as the crowd watched the two of the most in-form teams of Serie A walk out onto the pitch of the mighty Stadio Marassi.

Juventus are one of only two sides, along with Sampdoria, that had maintained their full record five ahead of match day, and they were looking to continue their impressive streak. Whereas Genoa were looking to bounce back quickly following their humbling at the hands of Chievo.

In the matches between these two teams from last season, the home team won by a  controversial 3-2 scoreline and tonight was going to be no different.

With Diego still recovering from his injury, it was thought that that the pint-sized playmaker Sebastian Giovinco would take his place. Instead, Ciro Ferrara decided to drop the starlet and change to a 4-3-3 with Mauro Camoranesi, Vincenzo Iaquinta, and Amauri completing a trident attack.

Gasperini decided to start with Hernan Crespo on the bench and countered with Sergio Floccari up front flanked by Giandomenico Mesto and Giuseppe Sculli.

Juventus got the game underway and showcased the reason for their winning streak by dominating right from the get-go.

The visiting side got off to a dream start when Claudio Marchisio made a great run down the left flank and crossed over to Camoranesi who dummied the ball, allowing Iaquinta to fire off a low drive that made its way into Marco Amelia’s bottom corner.

There was end-to-end stuff at the Marassi as Amauri nearly doubled the Bianconeri’s lead a few minutes later, closely followed by some great defending from Fabio Grosso as Mesto continuously made dangerous runs down his flank.

At 15 minutes, Camoranesi swung the ball into the area, but Amauri’s free header somewhat incredibly went over the bar. But by now, Juventus were dominating possession and were firmly in control of the game.

It took a while before the home side grew into the game, and as they finally did so, they started to enjoy more possession, allowing them to put pressure on Ferrara’s men.

The intense game was high on emotions and it wasn’t long before the frustration was starting to show—so naturally, the tackles were coming in.

Thirty minutes into the game, Iaquinta was again fouled inside the Genoa half. Camoranesi’s free kick resulted in another free header from Amauri, but once again the Brazilian-born hitman managed to throw away the opportunity.

Instead, Mesto levelled the score less than 60 seconds later as he put a bullet header past a Gianluigi Buffon, who stood rooted to the spot after a brilliant cross from Sculli.

The equalizer was exactly the wake-up call Juventus was in need of and despite chances from both sides the scoreline remained one-all until the interval.

Gasperini introduced Crespo directly after the interval and the Argentine wasn’t late to steer up the home side’s game. Genoa was looking determined in the early stages of the second half, resulting in Juventus making some very easy and unaffordable mistakes.

Marchisio—who had been fantastic throughout the game—showcased some truly brilliant skills but saw his long range effort smothered by Amelia.

At 54 minutes, Marchisio chipped the ball to Iaquinta, who had another glorious opportunity to restore Juventus’ lead, but instead the forward delayed and allowed Genoa to escape unscathed. In the following minutes both Iaquinta and Camoranesi managed to miss further opportunities for the visiting side.

Six minutes later, Gasperini made his second substation by taking off Francesco Modesto and replacing him with Sokrates Papastathopoulos, thus switching to a 4-4-1-1.

Five minutes after that, Omar Milanetto made way for Houssine Kharja which immediately had a positive effect and on 70 minutes Buffon had to acrobatically tip the ball over the crossbar as Sculli unleashed a projectile shot.

With fifteen minutes remaining there was great controversy. Iaquinta thought he had added a second for Juventus. The goal was disallowed, but replays showed that the Italian international was, in fact, onside.

Instead, Crespo turned the score as he headed home from close range the following minute after yet another lovely cross from Mesto. To add insult to injury, Marchisio had to switch due to injury, allowing Giovinco some much needed playing time.

With ten minutes remaining, Ferrara removed a disappointing Amauri, who made way for David Trezeguet. Juventus were pushing forward in numbers in their frenetic search for the equalizer.

But just five minutes later it was once again time for controversy.

Giorgio Chiellini was fed through by Trezeguet but saw his goal called off since the lineman had ruled the Frenchman to have been offside. The replays, however, showed that the ruling could have gone either way.

Juventus finally got their equalizer four minutes from the end as Grosso’s free kick found Chiellini who headed towards Trezeguet. Standing only one yard out, the super-sub only had to steer the ball into the back of the net.

Both sides were pushing hard for the winner in the stoppages but after four minutes of additional time, the referee blew the final whistle and put an end to a highly entertaining, albeit controversial, game.

Matuidi's Not Leaving Juve This Summer 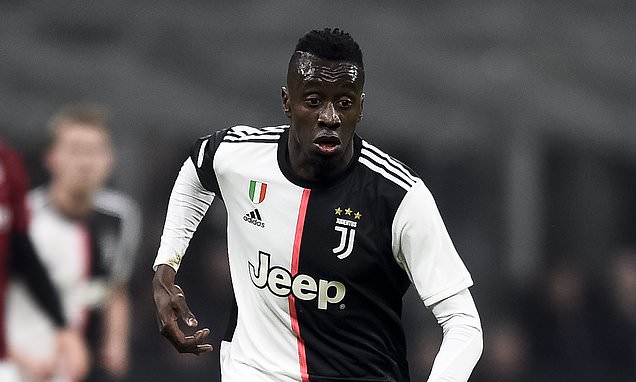 Matuidi's Not Leaving Juve This Summer