Paris Saint-Germain will try to make Martin Odegaard's stay with Real Madrid a short one. The reigning Ligue 1 champions are reportedly ready to make a move for the teenage midfielder next summer.

French source Le10 Sport (h/t Spanish publication AS, via Football-Espana.net) suggest PSG want Odegaard as a "long-term solution on the right wing." The French capital city club is ready to move Argentinian veteran Ezequiel Lavezzi on to make room for him.

"Long-term solution" isn't exactly a clear phrase. For instance, it hardly implies Odegaard would be playing right away if he swapped the Spanish capital for Paris.

Gaining immediate game time is likely to be a chief concern for the Norwegian schemer. Back in August, Odegaard sounded keen for more than just a taste of life in Segunda B with Castilla, Madrid's fringe team.

While stressing he was happy with Los Blancos, he also made sure to reference his future, according to Sky Sports: "We'll look at it when the pre-season is over. I'm happy at Real Madrid."

But PSG can be an unforgiving club for talented youngsters looking for game time. In recent seasons, 20-year-old deep-lying playmaker Adrien Rabiot has struggled to break into the first team.

Without more details about PSG's plans, specifically any assurances over first-team opportunities, Odegaard would be better served biding his time at the Santiago Bernabeu.

If Odegaard is tempted away, one player who could follow him out of Madrid is attacking midfielder Isco. Like Odegaard, Isco can play on the flanks or through the middle.

Perhaps that's why Premier League side Arsenal remain keen on the 23-year-old Spain international. Spanish website Fichajes.net (h/t James Dickenson of the Daily Express) suggests "Arsenal boss Arsene Wenger will urge the board to make a bid for Isco."

But Isco's situation could soon change for the better at Madrid. He's been a fringe player since the arrival of James Rodriguez last summer, but the Colombian is currently out "for at least a month," according to Goal.com.

Rodriguez has now been joined on the shelf by Gareth Bale. The Welsh forward limped out of Madrid's 4-0 UEFA Champions League win over Shakhtar Donetsk with an apparent calf problem.

Early word on Bale, ahead of tests tomorrow, is he'll be out for maybe two weeks. Tick tock ahead of Wales games on Oct 10 &amp; 13.

But Bale's absence can be Isco and Real Madrid's gain, at least according to BBC Sport's Andy West:

Silver lining to Real Madrid's injuries: at least Isco is guaranteed to start now. Which is always good.

Isco is determined to make the most of his opportunity. He's already identified one area where he'll look to improve in forthcoming matches, per AS: "I know that I have to improve in that area and score more goals, but I'm not worried about it either. I'm sure one will come in the next few games."

If Isco adds more goals to his game, not only will he be tough to drop, he'll be tougher still to sell. The same will be true for Odegaard if he earns some first-team chances this season.

Madrid isn't a club known for valuing potential over finished products. But these are two budding young stars Los Blancos would be foolish to waste. 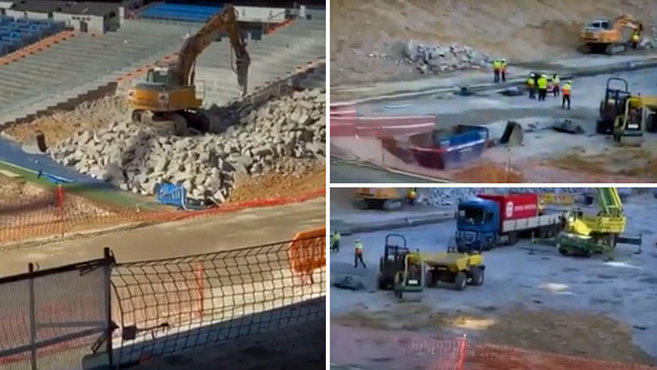