For many young players, training camp and preseason football are a time to adjust to the NFL. The transition from college to professional football can take years for some players, while the breakout rookies who emerge clearly were ahead of the learning curve. For Minnesota Vikings cornerback Trae Waynes, it seems he’ll need significant growth until he becomes a reliable option.

Cornerback is one of the most difficult positions in the NFL. Not only are most cornerbacks physically overmatched athletically, but the rules greatly favor the offense. It often takes years for cornerbacks to hit their stride.

Some may jump to say that these players are draft “busts,” but the book is far from being written after just one preseason game. It is clear that Waynes is behind where he would ideally be for being the 11th overall pick in the 2015 draft. The reality is that this game will be a terrific learning opportunity moving forward.

We’re looking at Waynes’ first preseason game as in depth as we possibly can. Unfortunately, NFL Game Pass doesn’t offer the All-22 coaches tape for preseason games. So we’re somewhat limited as far as coverage looks.

But we are able to point out the plays Waynes must improve upon as well as to how he and the Vikings can fix things.

We’ll start with the on-field play in the Hall of Fame Game. According to Pro Football Focus, Waynes played 54 snaps and was targeted six times. Of those targets, Waynes was flagged three times and allowed three catches. His biggest issue throughout the night was how grabby he appeared to be.

A lot went wrong on the play above. The first is that Waynes did not seem to know the coverage he was supposed to be in until receiver Shakim Phillips blew by him upfield. His desperation grab was likely a sign that Waynes needs to grasp the playbook better.

Being out of position is one thing that should get better with more practice and exposure to the Vikings defense. His blatant pass interference didn’t work out, as Phillips made a terrific diving catch anyway, but he did try to make the heads-up play when he quickly recognized his pre-snap mistake.

The grabbing that Waynes is prone to do continued to be an issue all night long. Really, that shouldn’t be surprising. He was known to be overly physical in college as well.

The following is from Bleacher Report’s predraft scouting report on Waynes:

He has average length and shows on film as an average athlete. Waynes is a handsy, grabby cornerback who likes to attack receivers at the top of their route stem, and that won't fly in the NFL. He may struggle to adapt to NFL-style coverage where he can't use his hands as much. His hips are stiff at times, and he doesn't turn and fly well. His instincts to read and react are average if not facing the ball.

It’s almost scary how Waynes played to his scouting report in his first game. Again, the biggest issue is Waynes’ ability to play without holding the receiver. The next time he was targeted, he showed the same lack of discipline but wasn’t called for a penalty.

The poor throw from Landry Jones helped Waynes avoid a flag for holding. This is a play where veteran nuance can help Waynes too. As the ball nears, he must look up, locate the ball and release his hands from the receiver.

As he gains experience, this will hopefully improve. The best cornerbacks in the NFL have a certain degree of physicality to their game, but most importantly, they know when to be handsy.

The third penalty called on Waynes came on a comeback route to the sideline. This holding call could have gone either way. The difference is that Waynes did himself no favors at the top of the route, when Phillips turns to the sideline.

Waynes stays balanced, and his backpedal is very good until the turn. Phillips played physical as well, but the cornerback is in the disadvantaged spot because he can’t retaliate without drawing a flag. Waynes does retaliate, though, when he should have focused on the ball.

If Waynes steps in front of Phillips instead of tangling their bodies, he may have had a pick-six interception. His ball awareness and overreliance on physicality to win cost him a chance to make a game-breaking play.

When he turns to follow Phillips, he could have still won the route even if he doesn’t go for the interception. He stands almost straight up to chase the ball instead of staying low and bouncy. Waynes (6'0", 186 lbs) was still able to get a piece of the ball with his length, which helps illustrate why the Vikings took him so high in the draft.

One thing that Waynes will likely never be able to fix is his tight hips. Bigger cornerbacks are often plagued by tight hips, and it shows on sharp cutting routes. There’s not much they can physically do besides yoga to try to fix the issue.

But strong technique and great footwork will help Waynes overcome his struggles moving laterally. Above is an example of Waynes losing on a simple out route because he flipped his hips too early. Waynes was nowhere to be found as the ball was lightly floated to C.J. Goodwin.

Taking a closer look above, we can focus on why Waynes lost the route. His hips immediately opened as Goodwin got past the line of scrimmage. More fluid cornerbacks will even have trouble recovering from a technical mistake like this, as it is an instant indicator to the quarterback that his man will very likely be open on an out route.

The margin for error for a tight-hip cornerback like Waynes is just much greater on these plays, so his footwork and discipline must be on point. Otherwise he will continue to give up easy first downs on one of the most common routes in the NFL.

Finally, we have to highlight the other penalty called on Waynes. On a go route to Sammie Coates, Waynes was in a good position to force a very difficult catch. If he had been happy with doing just that, then he may have earned a coverage win.

The screenshot above helps capture why the official called Waynes for defensive pass interference. The rookie didn’t locate the ball well, so he was still jostling with Coates as the ball sailed over their heads. Thus, the penalty flag came flying in.

The key to being physical in these situations is knowing when to release any type of grasp on the receiver. We mentioned it earlier, but it’s a nuance issue that is a difference-maker for guys like Darrelle Revis and Richard Sherman. They always know when to let go and then play the ball.

Now that we’ve seen the big negatives of Waynes’ first game, here is how the Vikings and Waynes can start fixing these issues.

The big positive for Waynes is that he will be working with a terrific defensive coach in Mike Zimmer. Zimmer has helped develop several stud cornerbacks throughout his coaching history, including emerging Vikings star Xavier Rhodes. He knows Waynes can recover from this performance.

Zim on Trae "he's fine.. Hes fine.. He got into some situations where he got back to some old college habits but he was fine after the game"

Although this was a very bad showing by Waynes on all levels, the Vikings have a good starting point for his development. The first place the start is with his physicality and timing of hand usage. This can improve by continuing to play him as many reps as possible.

The only way Waynes will get better is through experience and the Vikings hammering it home that he must get used to locating the ball in coverage. His ball skills were a concern coming out of Michigan State, so that’s not a new problem to deal with.

The same also applies to hand usage at the line of scrimmage and downfield in coverage. It’s clear that Waynes likes to jostle, but he does so for too long. He must be more confident throughout the route and react when the receiver shows the slightest hint that the ball is arriving. Then it’s about disengaging from the receiver and playing the ball.

This process happens even faster in the NFL than college, which is why cornerbacks routinely take years to see a big jump in improvement. That’s not ideal for first-round picks, but it is the reality of the situation. Rookie cornerbacks who excel are few and far between.

It was good to see Minnesota using Waynes in mostly vertical roles. Cover 3 and Cover 4 schemes that allow Waynes to use his excellent straight-line speed and limit his lateral movement will keep the game easier for him. The Vikings are putting him in a position to succeed as far as defensive scheme.

To make sure that Waynes is successful and blossoms as quickly as he can, Minnesota should continue to utilize the preseason as on-the-job training. Waynes should continue to play the majority of each game. Each subsequent practice should feature Waynes in one-on-one situations so he can get used to the size, speed and nature of physical play in the NFL.

Unfortunately, there is no quick fix for Waynes. His footwork, hand usage and discipline were poor overall in his first preseason game. That led to a bad performance in a high-profile game on national television.

There is certainly hope for Waynes to turn it around in time, though. He has a great coaching staff and numerous veterans on the roster to assist his learning. His viability as a cornerback will largely depend on the nuances of the position.

Expect that to take time and growing pains. The little things are the difference for even average to great cornerbacks. For some, it just never comes, while others continue to grind and improve their craft until they master it.

We’ll see if Waynes can show his work ethic as the season unfolds. If not, his development could be a long process for the team and player.

All stats used are from Sports-Reference.com. 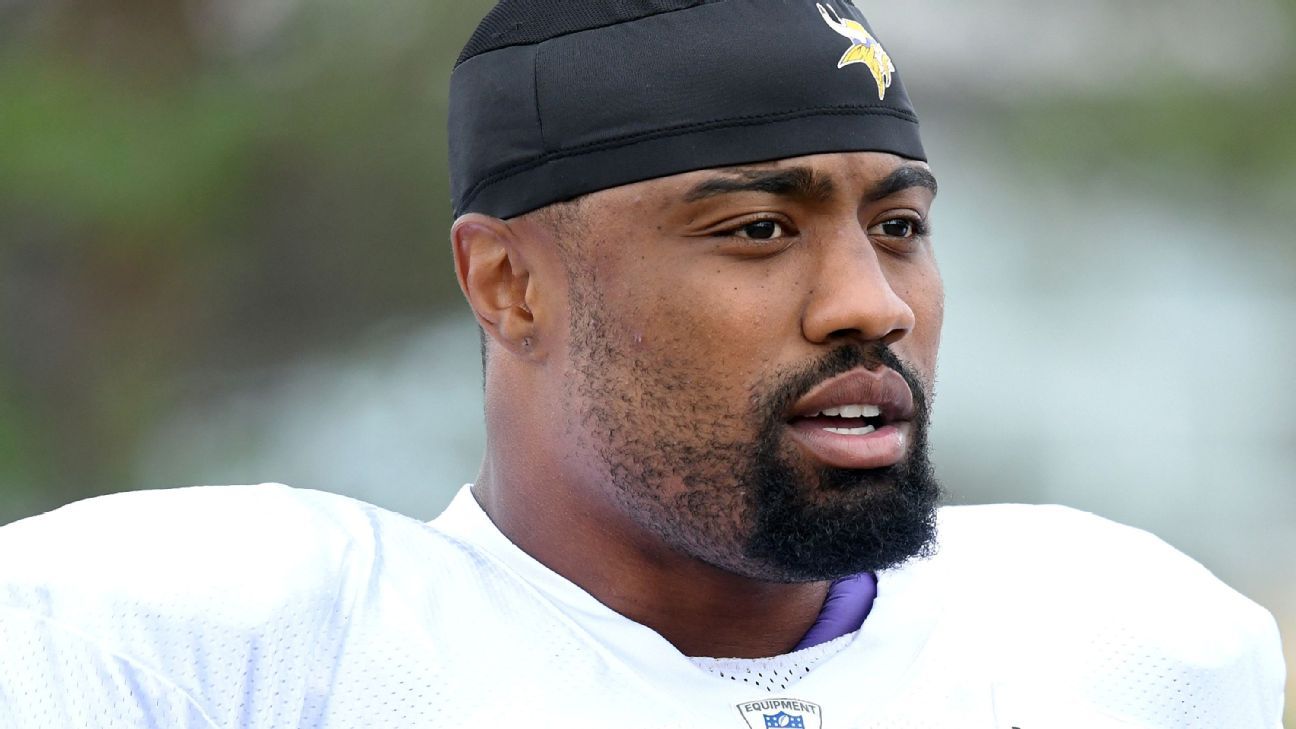