The rigors of another NFL training camp were past. The meaningless dress rehearsals known as exhibition games, all four of them, had been played. The fates of certain pro football players—the fringe guys on that imaginary “bubble”—were now hanging in the balance.

And the fate of a franchise tilted and swayed.

Would he, or wouldn’t he?

The Detroit Lions, 20 years ago last spring, became the beneficiaries of one of the most boneheaded, outlandish, and just plain stupid draft day moves—or non-moves—in league history.

But it happened, royally.

The Lions, with the third pick of the ’89 draft, prayed to the football gods that the jitterbug running back Barry Sanders, from Oklahoma State, would still be on the board. Only two teams would have to pass him up, and one of them—the Dallas Cowboys—seemed hellbent on selecting QB Troy Aikman with the No. 1 choice overall.

That left the Green Bay Packers.

The Packers were a rotten team in 1989—and a case could be made that they were more odiferous than the Lions, because of the four wins by the Lions in 1988, two of them were claimed against Green Bay.

A brand new, exciting running back like Barry Sanders would have been more than enough to put football back on the map in Green Bay, the tiny burg that once proclaimed itself “Title Town,” due to the championship ways of its pro football team in the 1960s.

The Packers had no running attack. They were a plodding, vanilla, boring outfit. Just like the Lions.

So with Sanders dangling in front of them, ripe for the picking, the Packers said, “Naah,” and drafted mammoth offensive tackle Tony Mandarich, from Michigan State.

I could scarcely believe my eyes and ears when NFL commissioner Pete Rozelle stood behind the podium at the draft and announced Mandarich’s name as the Packers’ pick with the No. 2 pick off the board.

Mandarich was a fine college lineman, and big as a house. He played left tackle, that prized position on the line, reserved for the very best blocker on the roster.

But he wasn’t worth that high of a pick, when Barry Sanders was also available.

The Lions, their prayers answered, nabbed Sanders. Rozelle might has well have just stayed at the podium and read Sanders’ name immediately after Mandarich’s.

Yet before Barry played one down, he was already showing off his elusiveness.

The Lions found out—the hard way, naturally—that it was much easier to draft Sanders than it was to sign him to a contract.

Barry was represented by dual agents, and neither of them were easy to deal with. And the Lions were represented by GM Russ Thomas, and no one gave old Russ bouquets for being an easy negotiator.

Training camp began in July, and when coach Wayne Fontes took attendance, there was a glaring absence: the prized rookie Barry Sanders.

Barry’s people wanted this; Thomas was offering that.

This and that weren’t jibing. Not even close.

Camp droned on. The media people and the fans kept talking about what Barry could add to the Lions’ moribund offense. If only he would sign a contract and actually suit up for them.

The talks between Barry’s people and Thomas became more and more acrimonious. Barry’s people made threats—likely empty, but who knew—of taking their client north of the border to play in the inferior Canadian League.

Lions fans became antsy. They wanted Barry on their team, and it’s always easy to spend other people’s money, so what’s the holdup?

Barry was nowhere near being signed, we were told.

The Lions’ other first-round pick that year, QB Rodney Peete from USC, was signed and progressing nicely. He was on pace to be the team’s starter.

Whether Peete would be handing the ball off to Barry Sanders was another matter indeed.

Some fans started to turn on Barry—accusing him of being just another spoiled brat athlete. Maybe he just wants to avoid training camp, they said. The word “lazy” reared its ugly head.

The week of the Lions’ regular season opener arrived, and Fontes took attendance once again. Barry was still absent, but with an excuse: he had no contract. Still.

The Lions prepared to play the Cardinals, at the Silverdome. The week marched onward. It was Friday afternoon—48 hours before the game—when the news broke.

He wouldn’t play in the tundra of Canada, after all. As if.

But he had no practices under his belt. No training camp to learn plays—although I’m not sure what Barry had to learn, in retrospect. Football players will tell you, though, that even a few practices are necessary—if nothing else but to get hit and immerse yourself into football mode, physically and mentally.

Barry would have little opportunity for that, since he signed his contract on Friday afternoon.

The Lions ran him through a few drills on Friday and Saturday, but certainly nothing too rigorous or involved.

On Sunday, Fontes inserted Barry into the game sometime in the second quarter. The Lions fans, maybe even those who spit on Sanders’ image and called him lazy, stood and roared.

Peete had been hurt in the final pretend game and so the QB was a journeyman—surprise, surprise—named Bob Gagliano. And so it was Gagliano who gave Sanders his first career handoff in the NFL.

And Barry, the ink barely dry on his contract, with little to no practice time, took the football from Gagliano and juked and slithered his way for a brilliant 19-yard run.

I was listening on the radio, and play-by-play man Mark Champion had a baby announcing Barry’s first carry. I might have risen from my seat, in my dining room.

So who needs practice? Who needs training camp?

That was 20 years ago this week. The adage is true: where does the time go?

Mandarich, by the way, got caught as a steroids user and was out of football within three years—one of the biggest draft busts in NFL history.

The Packers would make up for that transgression, however, while the Lions spun their wheels in the mud.

The Lions’ prized rookie of Sanders’ debut, 20 years hence, is QB Matthew Stafford, who was much easier to sign. He had himself mini-camps and regular camps and pretend games and everything. And his start Sunday in New Orleans is no less anticipated than Barry’s  20 years ago against the Cardinals.

Wouldn’t it be something if the kid tossed a bomb on his first throw? 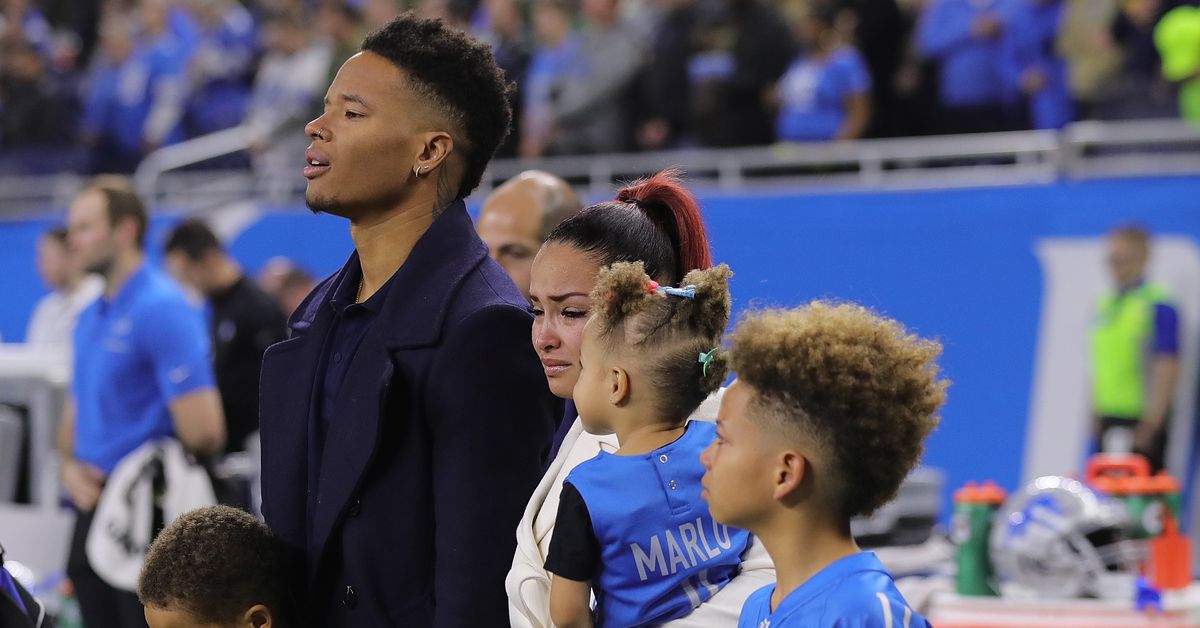 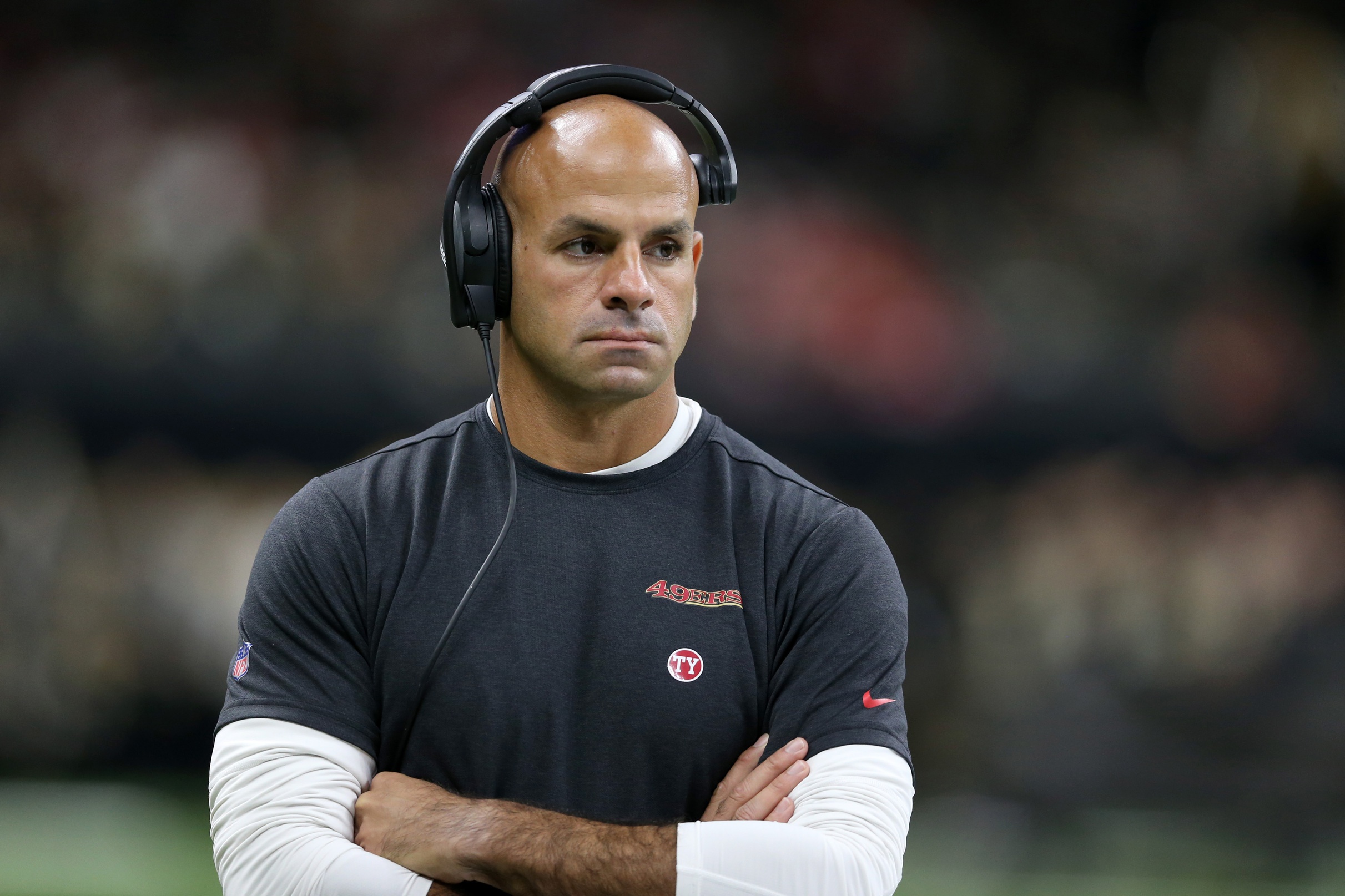