Boxing has a new buzzword.

It’s one that threatens to further cheapen the validity of dozens of already-suspect world championships and further muddies the waters for fans who constantly struggle with the sordid politics and under-the-table deals that dominate the sport.

Miguel Cotto defends his lineal and WBC Middleweight Championships against Daniel Geale Saturday night at the Barclays Center (10:30 p.m. ET/HBO) in a bout that will be contested at a contracted weight of 157 pounds, three shy of the middleweight limit.

Cotto’s first defense of the 160-pound title comes just about a year after he lifted it from Sergio Martinez at Madison Square Garden in a fight also contested within the middleweight division but below the weight limit.

Are you spotting a trend here?

Cotto has received frequent and harsh criticism from fans and in the media for his outright refusal to defend his middleweight crown against a full-blown middleweight in this fight.

Geale, a multitime middleweight champion, has always struggled to make the divisional limit. He was 167.5 pounds at the WBC’s mandatory weight check seven days prior to the fight, leading to speculation that he might not make weight.

A conundrum that could’ve been avoided without all this catchweight nonsense.

The WBC—like all sanctioning bodies—recognizes 160 pounds as the middleweight limit. It’s not bound by any other contract weights and should still sanction the fight and place the green belt up for grabs.

Steve Kim of UCNLive tweeted on Tuesday night that he’d been informed by Geale’s promoter Gary Shaw that no financial penalty for missing weight was written into the contracts.

But would Cotto go through with the fight if Geale misses?

Or would he leave everyone in the lurch and take his ball and go home?

It’s a pretty high-stakes game of chicken, and the result is anything but guaranteed when dealing with a personality as self-assured and demanding as Cotto can be.

For all the criticism and questions, Cotto remains completely unapologetic about requiring catchweights and warns that anyone—presumably Saul “Canelo” Alvarez or Gennady Golovkin—who wants to face him will have to accept them as part of his terms or hit the road.

“I had to do (a catchweight) at this particular time and anyone who wants to fight me must accept a catchweight or otherwise there is no fight,” Cotto said, per Andreas Hale of The Ring Magazine.

Nobody is saying that Cotto—a future Hall of Famer who has never been anything less than a warrior in the ring—hasn’t earned the right to dictate his terms. He’s entitled to whatever his opponents will concede.

And nobody is saying that catchweights don’t have their place in boxing.

They’re designed to bridge the gap between fighters in separate weight divisions who are looking to compete on the most level playing field possible.

The opposite of what's happening here.

Cotto’s been on that side of the equation.

He fought Manny Pacquiao at 145 pounds back in 2009, but the situations were very different.

Pacquiao was a smaller fighter coming up in weight—he had fought Oscar De La Hoya at 142 pounds but was campaigning mostly at 140 and below—and Cotto hasn’t fought below 154 since.

That weight gap needed to be resolved.

But catchweights aren’t designed—or they shouldn’t be—to do what Cotto’s done here: effectively carve out a new division south of 160 pounds while holding a championship hostage from anyone not willing to provide him with a competitive advantage.

Shaw said as much during Wednesday’s final press conference ahead of the fight.

“We’re going to make the weight. It’s going to be tough,” he said.

“I believe that if a fighter wants to fight at any weight that he wants to fight at, he has that opportunity, but he shouldn’t stop the opponent from fighting at the sanctioned weight which in this case is 160.”

It’s fine to dismiss Shaw and Geale’s concerns as sour grapes only arrived at after the fact.

And to a certain extent that’s true.

Geale knew what was in the contract.

He knew that making 157 pounds would be a struggle, and he knew that agreeing would cede some level of competitive edge to the champion.

Geale took the fight because it provided an opportunity he wasn't going to get anywhere else: the ability to fight for another world title less than a year removed from Golovkin tattooing him inside three rounds at Madison Square Garden.

But being the champion is supposed to mean you’re the best fighter in the division, not in whatever arbitrary weight class you’ve decided to create on a fight-by-fight basis.

And not when you’re doing it for the express purpose of masquerading as the legitimate titleholder without any real intention of defending that championship on a level playing field.

This type of mess is bad for boxing.

It doesn't do anyone any real good.

Cotto gets an advantage but looks bad. His title becomes just a little bit more meaningless, and Geale needs to rip off 10 pounds in a week, possibly compromising his in-ring ability.

You want to fight at 152 pounds? Or 156 pounds? Or anywhere else not recognized by the sanctioning bodies that hand out championship belts like candy on Halloween as a legitimate weight befitting its own 20-plus titles?

But don’t gum up the works and compromise the integrity of the competition by making world championships any less meaningful than they’ve already become.

Kevin McRae is a member of the Boxing Writers Association of America. You can follow him on Twitter @McRaeBoxing. 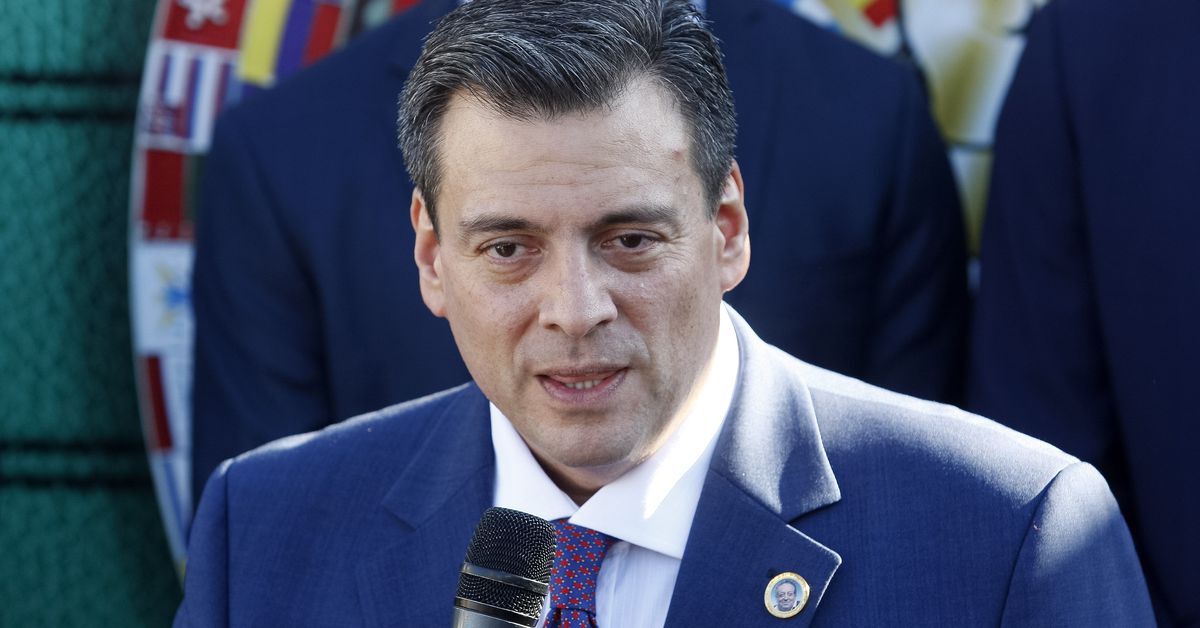 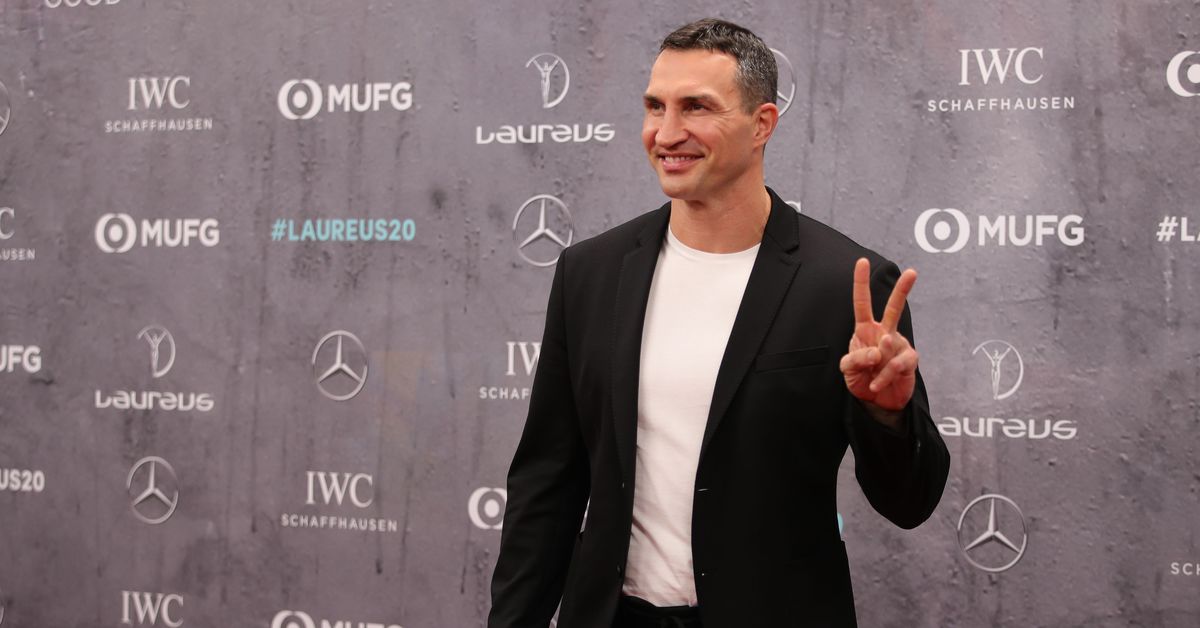 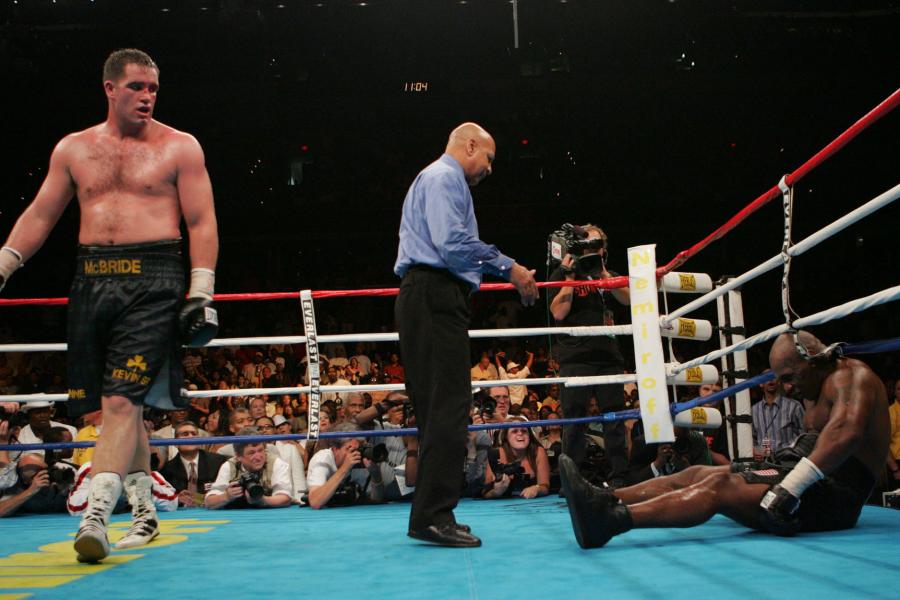