The 2015 Michigan spring game was a defensive battle that saw the Blue squad score a 7-0 victory over the Maize team. The only touchdown came when quarterback Shane Morris found wide receiver Jaron Dukes from 14 yards out in the first half.

It was the first spring showcase for new Wolverines head coach Jim Harbaugh. While he'll be happy with the performance of the defense on both sides, the lack of efficiency from the quarterback position remains a concern at this stage.

Brent Yarina of the Big Ten Network passed along a look at the former Michigan quarterback in his usual coaching garb. Of course, the colors are different than from his days with the San Francisco 49ers:

Afterward, Harbaugh provided some of his thoughts about the current state of the team.

One player he's been particularly impressed with is defensive back Jabrill Peppers, as Matt Pargoff of Maize and Blue News noted:

Harbaugh says Jabrill Peppers has been A+ all spring. Had to kick him out of drills for stepping in to participate too much.

Dan Murphy of ESPN pointed out Harbaugh currently views Morris as the leader in the quarterback race. It's a battle that's far from over, though:

Jim Harbaugh says Shane Morris ahead in Michigan QB battle after spring ball. Competition will "rage on" through the summer.

He was a little more coy about how the offensive line is shaping up. Bleacher Report's Ben Axelrod highlighted the funny moment:

Jim Harbaugh asked if he'll share who Michigan's starting five offensive linemen are. "Yeah." And then he doesn't.

Dennis Norfleet is another player Harbaugh is high on coming out of spring. He could be very heavily involved, per Nick Baumgardner of MLive.com:

Harbaugh says Norfleet could be a three-way player.

The head coach provided an interesting note about some of the play calls, via Mark Snyder of the Detroit Free Press:

Harbaugh says he'll be up front regarding Graham Glasgow's status. Updates will be for "public consumption." Legal system has control now

Kevin McGuire of College Football Talk illustrated the impact Harbaugh had on interest in this year's spring game:

And with that, as Michigan Football states, the focus shifts toward his regular-season debut:

See everyone on Sept. 12 for the first home game coached by @CoachJim4UM #GoBlue http://t.co/shlvF9CBQ2

As always, it's hard to get overly excited about the results from a spring game. If the offense shines, that usually means the defense struggled and vice versa. It's more about seeing which players are standing out from the crowd at this stage of the offseason.

The game does carry a little extra importance for a first-year coach like Harbaugh. It's his first chance to see players in a game-like atmosphere. He seemed pleased with the overall performance, but there's plenty of work left to do.

One thing's for sure: The arrival of Harbaugh has revitalized the fanbase, and expectations surrounding Michigan football are once again on the rise. 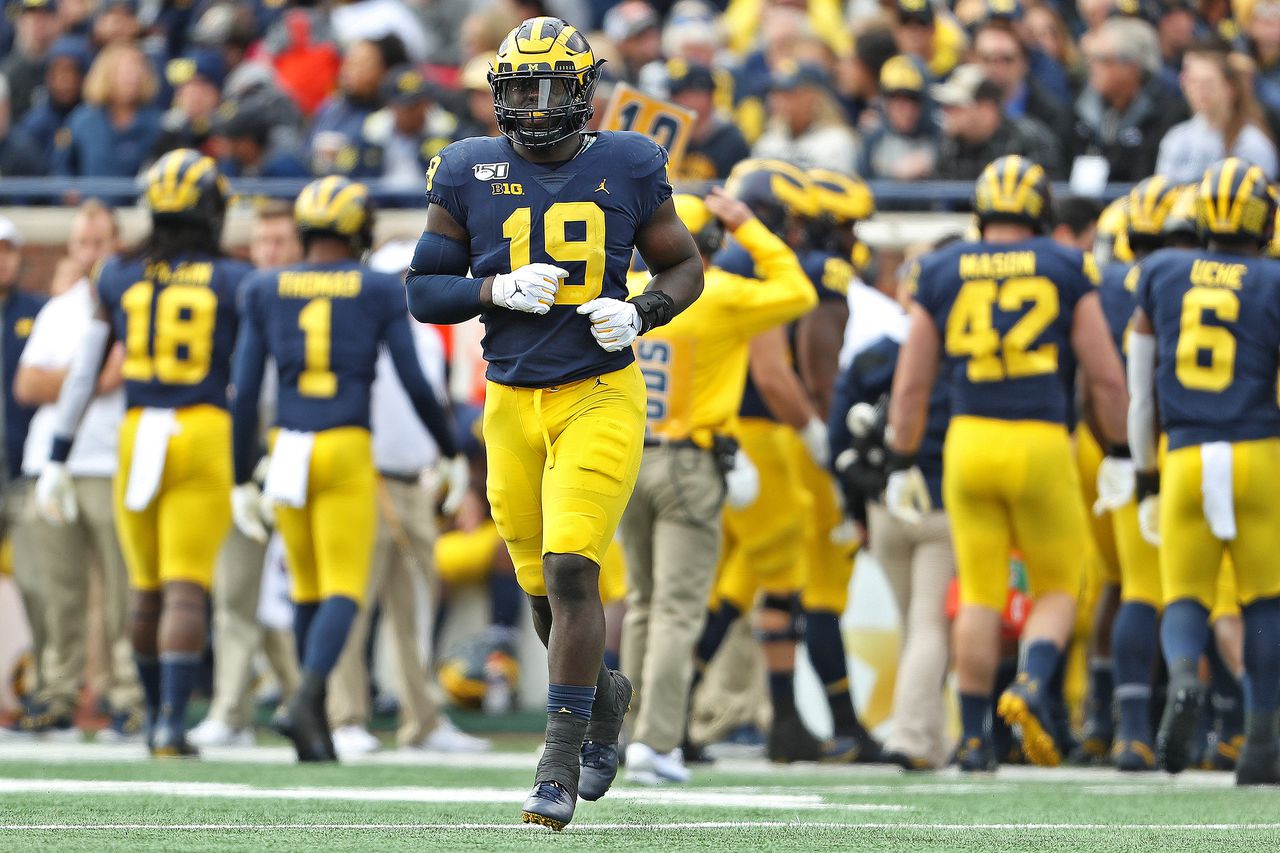 Harbaugh: Michigan has ‘been as close as we can be’ to a National Title Harbaugh: Michigan has ‘been as close as we can be’ to a National Title

Michigan football recruiting: Four things Wolverines must do to close out 2021 class

Michigan football recruiting: Four things Wolverines must do to close out 2021 class