Here's the latest on troubled NFL star, Denver Broncos WR Brandon Marshall:
My embedded NFL source has just revealed to me that Marshall, generally unhappy over the last year or so, has recently found God and happiness at a poker table in Las Vegas!
The source recounted the chain of events like this:
"We are all sitting there relaxing, you know, having some drinks, playing cards, and Brandon just didn't look right. He had been experiencing some personal and legal issues and the weight of it all just seemed to be getting to him. He was angry and upset that the dealer was taking so long to deal the cards. Many people don't know this about Brandon, but he's a detail-oriented guy and likes things done in a certain way. So Brandon starts to get on the dealer a bit and the dealer says, 'Hey Brandon, I understand, I didn't bring my 'A' game today.'"
"On that note, Brandon turns to me all ecstatic, and says, did you hear that? Did you hear that? He said he didn't bring his 'A' game today!"
"I didn't quite get it, I just looked at Brandon, and thought, 'This dude just needs to chill out.' Before you know it, Brandon starts asking this guy about his career as a poker dealer and I quickly realized that the two had much to discuss."
The source continued:
"After they were finished talking, the dealer passed Brandon a small book titled, 'The Lord Plays Poker Too.' When we got back at the hotel room, well, Brandon just couldn't put that little book down. Next thing you know, he wants to become a Las Vegas poker dealer!"
"I couldn't believe it at first and to asked him, 'Why?' He kept saying that being a WR in the NFL made him feel empty and miserable inside.
"Now, after the encounter with his new friend, Brandon can't stop singing that Kenny Rogers tune,  "You gotta knows when to hold 'em, know when to fold 'em, know when to walk away, know when to run..."
"Also, Brandon now believes that he can expand his own brand to other entertainment markets much faster, including the NBA, NHL, and all other sports and Hollywood type venues that utilize poker to promote themselves."
"He has made up his mind that by being a poker dealer, he can fast track his way to achieving all of his professional goals and aspirations.
"The NFL just doesn't move fast enough or have a big enough vision in Brandons' mind. He says all the time, "I'm just a big fish in a small pond.""
The source concluded:
"Brandon sees that the game of poker has gone global, whereas the NFL has plodded along at a 'snail's pace' to achieve this status."
"He has a grand vision of being the master MC of world-wide poker, a Poker Dealer to the Stars, descended from the heavens above."
When I pressed the source regarding Brandon's practical motivation to become a poker dealer, he continued to recount more of Brandon's thoughts on the matter.
"Brandon said, "Look at Kobe, Barkley, and all the rest of those guys. All of them play the celebrity charity poker tournaments and give back to society.  I want a piece of that action."
Marshall also claims to be humbled by his recent enlightenment.  However, he still likes to take a good-natured jab at other prominent sports personalities who are heavily involved with the game of poker.
When asked by the source about ex-NBAer Charles Barkley's passion for poker, Marshall said, "Charles never met a poker chip he didn't like."
Ultimately, the transition won't be easy for Brandon.
Las Vegas casinos require that all new dealers have clean criminal records.
When the source pressed Brandon further about this topic, Brandon quipped, "That's why I have God on my side. He's better than Jay Cutler will ever be."
Lastly, Brandon proudly proclaimed, "The casinos will forgive me for my past indiscretions and see me for who I truly am."
"Together, we will be unstoppable."

Joe Flacco will play in 2020, though probably not for Broncos 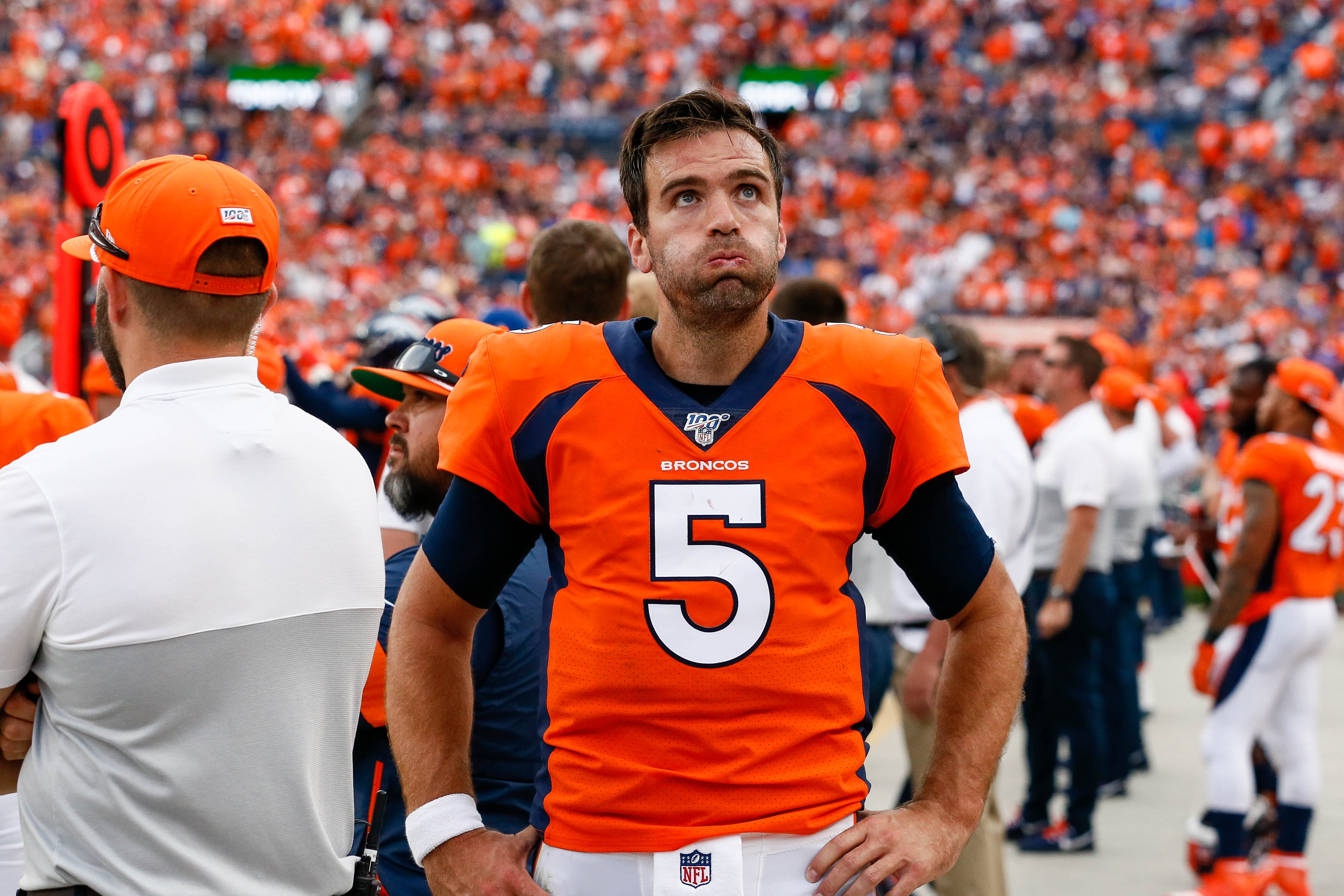 Joe Flacco will play in 2020, though probably not for Broncos 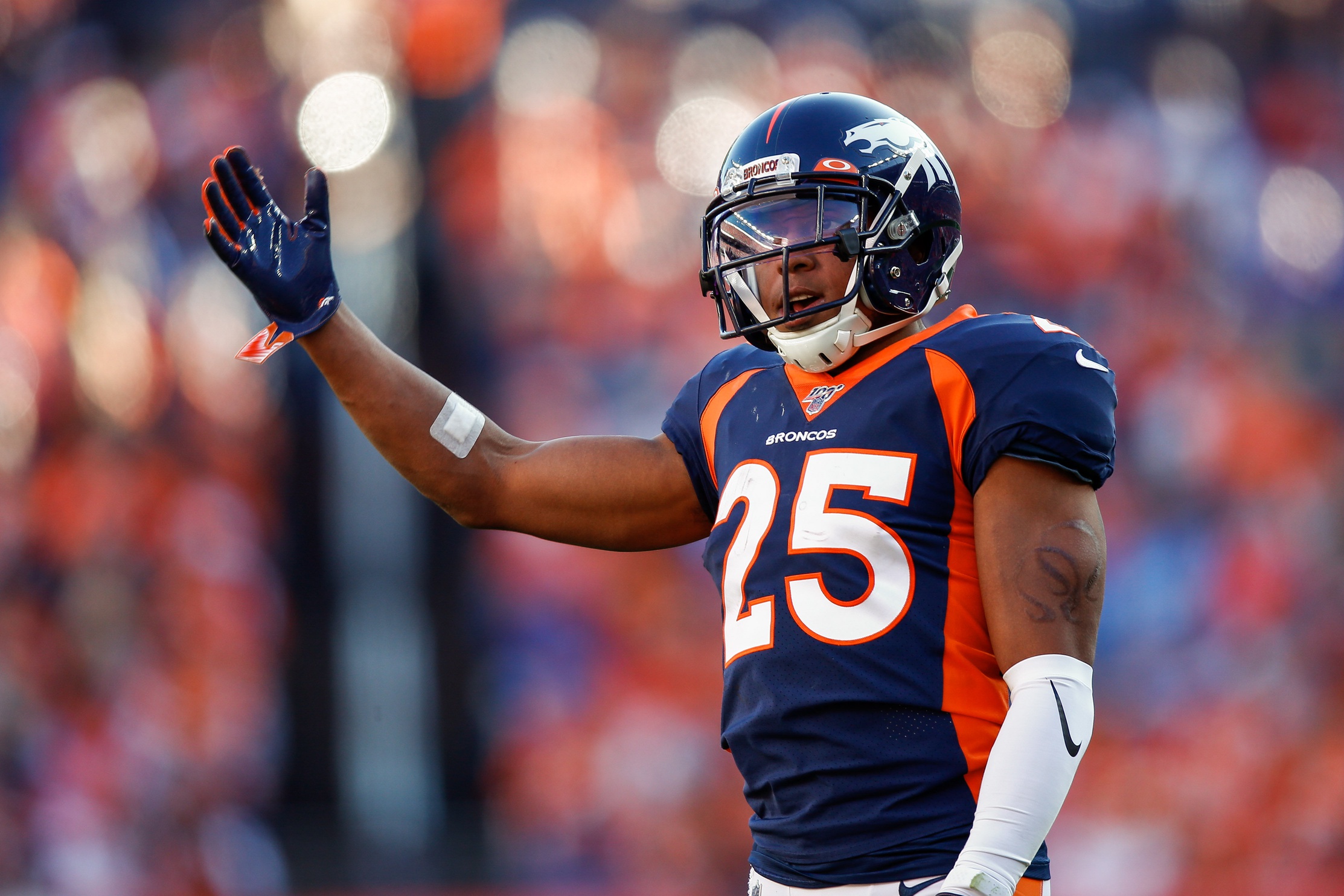 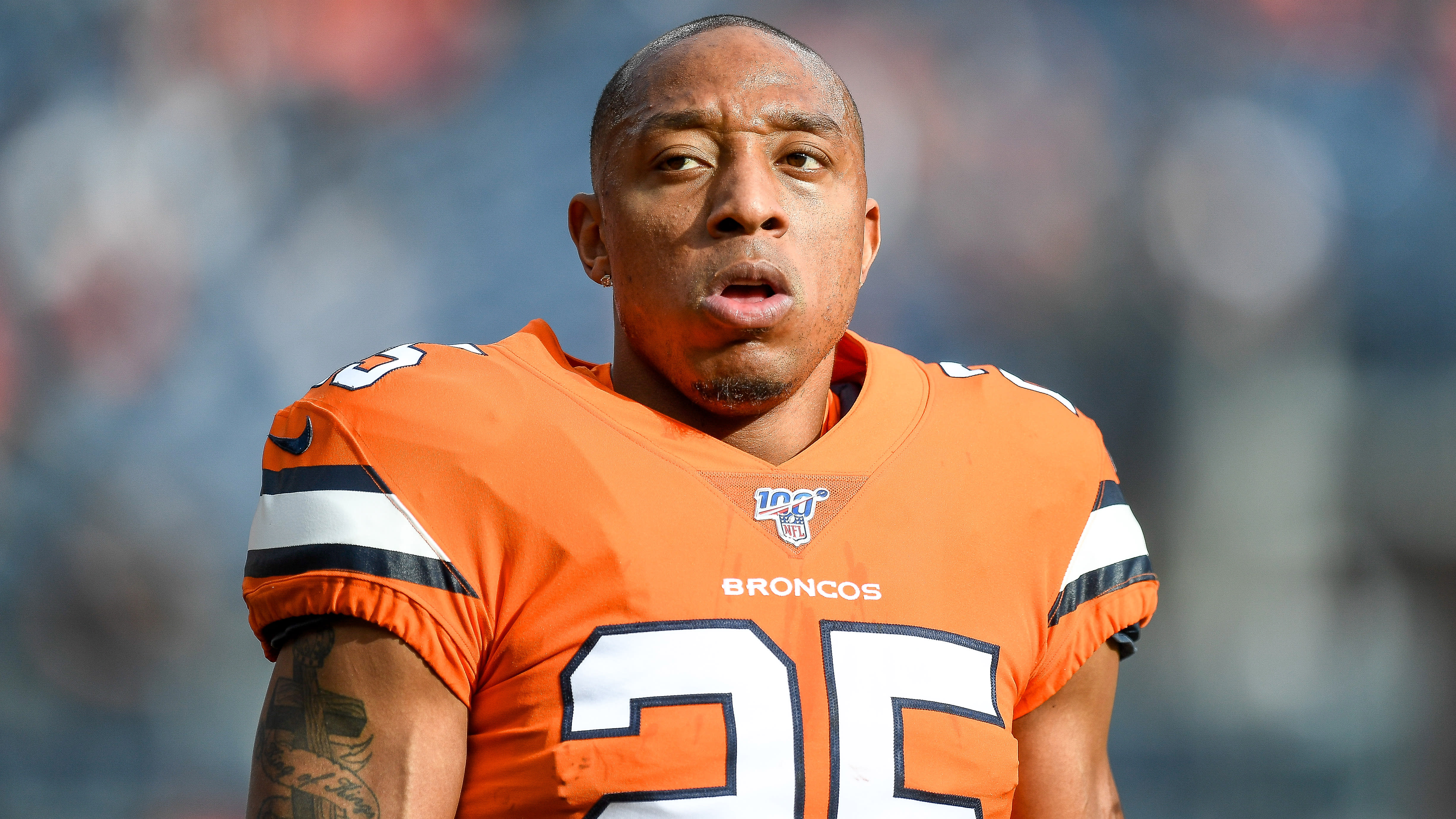