Raul Garcia has been a consistent performer for an Atletico Madrid side that have enjoyed a lot of success under the command of Diego Simeone. Whether starting or playing as a substitute, he can always be counted on to work hard, make a nuisance of himself and provide an aerial threat in attack.

“On the subject of hard work, Raul Garcia is a very important example,” his teammate Arda Turan told FourFourTwo (h/t Inside Spanish Football) last year. “If I write a book one day, Raul will have a place in it. ... If you work well, you play well."

The attacking midfielder’s future was uncertain when he returned from a successful loan spell at Osasuna in the summer of 2012, but after two strong campaigns, he was rewarded with a new contract last February that will last until 2018.

Per Soccerway, the Pamplona native scored 10 goals in all competitions last season, while also coming up big for Atletico in some of their most important matches of the campaign. He scored the decisive goals in narrow late-season victories over Villarreal and Valencia and did what was required of him whenever called upon.

“With hard work, passion and quality, he’s earned a place with the national side,” Simeone said following Garcia’s call-up to the Spanish national team last August, as per Football Espana. “He has an advantage because he can be fielded in a number of different positions and that is always positive.”

Simeone usually employs the 28-year-old on the right of midfield or in behind a lone striker. He is tasked with using his physicality to help out defensively, while also providing an aerial reference point and a penalty-area presence in attack.

And those same qualities are likely to be called upon repeatedly during the final months of the current campaign, particularly since Atletico’s squad looks a little unbalanced in terms of forward options.

Mario Mandzukic was purchased as a direct replacement for Diego Costa and he and fellow summer signing Antoine Griezmann have established themselves as Simeone’s first-choice forward pairing.

The January signing of Fernando Torres added another willing runner to the squad but did not really provide a backup for Mandzukic. Raul Jimenez is the most natural deputy for the Croatian, but he has struggled to make much of an impression since his summer arrival from Club America in Mexico.

Therefore, Garcia could be the one Simeone looks to as an alternative when Mandzukic is unavailable or in need of rest. The 28-year-old would certainly help make up for the aerial threat lost in Mandzukic’s absence.

He performed that role last season when Costa was unavailable, most notably in the 1-0 Champions League quarter-final victory over Barcelona in April (with Adrian and David Villa up front) and in the league win over Villarreal (with Diego just behind Villa in the centre) by the same scoreline a few days earlier.

He acted as a robust focal point, providing headed flick-ons into the path of his more diminutive colleagues.

Selecting Garcia would allow Simeone to use Griezmann and Torres together up front without losing an aerial presence in the final third. But there is another way Garcia could be utilised.

Simeone admitted in an interview with La Gazzetta dello Sport (h/t AS) last August that a lot of his tactical ideas come from Italian football. It would therefore come as little surprise if he had been keeping a close eye on the performances of Palermo so far this season.

The Sicilian club’s excellent campaign has been built upon the form of of two Argentinians: Franco Vazquez and Paulo Dybala. Between them, they have scored just over half of the club’s league goals to date.

What is most interesting is how they have been deployed. Vazquez, the stronger of the pair, has been used as a back-to-goal reference in the attacking-midfield role, with Dybala working the full width of the pitch ahead of him.

While Griezmann would likely struggle as a traditional lone striker, there is no reason why he or Torres couldn’t perform a role similar to Dybala's, with Garcia acting as the initial focal point just behind.

These are the kinds of solutions Simeone will be forced to seek if his side are to again compete for honours during the final months of the campaign.

However he is utilised, Garcia’s adaptability and reliably strong performance are likely to prove key between now and the end of the season. He doesn’t always receive the plaudits he deserves in the general media, but within the club, few doubt his importance to Atletico Madrid. 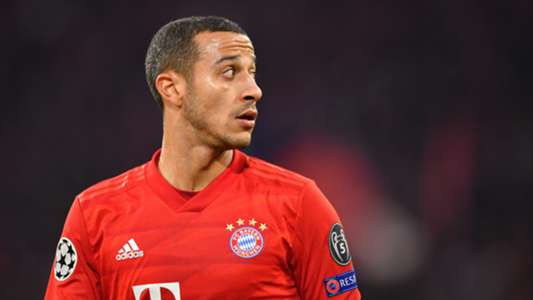