There was little sense of regret or mourning at Manchester United when Wilfried Zaha ended his two-year stay at Old Trafford last week.

His return to Crystal Palace on deadline day provoked barely a collective shrug from the club’s fans, while Manchester United manager Louis van Gaal gave it scant attention in his press conference ahead of his side’s trip to West Ham at the weekend.

United were keen to move on, pretend it never happened and simply dismiss Zaha as an expensive mistake.

But the truth is, Manchester United have failed an immensely talented young player and wasted around £7 million in the process.

Two years earlier, Sir Alex Ferguson had to hold off a concerted challenge from Arsenal to bring Zaha to United in a £12 million deal.

The United manager had followed his progress since he came to Old Trafford with Palace for a League Cup tie in November of 2011 and tore through his United defence to help engineer a shocking 2-1 win.

A year later, Ferguson’s son Darren, the manager of Peterborough United, had according to the Daily Mail told his father he had to sign Zaha after witnessing him destroy his own side in a 2-1 win at London Road. According to the BBC, Ferguson junior called Zaha “unplayable at times.”

Zaha looked like a Manchester United player. He was a classic winger in the club's tradition, who relished running at defenders and could skip past them with ease.

By January of 2013, Zaha was now an England international, and Ferguson realised he had to be brought to Old Trafford, even though the United manager would have then known he was on the brink of announcing his retirement and would never actually get to enjoy the benefit of his 99th United signing.

But Zaha was too good for Ferguson to miss out on and watch join a rival club. Zaha would be Ferguson’s parting gift to the club.

The Crystal Palace man didn’t come cheap, though, and at £12 million, he ranks inside the club’s top 20 biggest signings.

A decade earlier, Ferguson had spent the same amount on another raw youngster called Cristiano Ronaldo.

There were definite similarities between the two: Both could use two feet, both boasted a blurring array of skills and both had that rare knack of ghosting past opponents.

An excited Zaha returned to Crystal Palace for half a season’s loan, where he refused to simply coast and wait for his move, instead helping to push a modest Championship side into the Premier League.

Of course, Zaha never got the chance to play for Ferguson, and when he arrived at Old Trafford in the summer of 2013, he found David Moyes in charge, who would quickly come to treat him as an unwanted nuisance.

Over the course of five months, Moyes failed to grant Zaha a single start in the Premier League, and he appeared for United in the league for just 28 minutes.

Zaha would start just two games for United, against Wigan Athletic in the Community Shield at Wembley and a League Cup tie against Norwich City at Old Trafford. He was substituted in both games.

In total, Zaha appeared in a United shirt for just 167 minutes.

In the wake of Zaha’s Old Trafford exit last week, there was a tendency to file him away as another Ferguson mistake alongside David Bellion, Bebe and Eric Djemba-Djemba.

The difference is those three players, for all their obvious deficiencies, were given a proper chance and real playing time.

How can United possibly brand Zaha not good enough when he was not granted a single start in the Premier League?

A young player thrives on confidence, and Zaha needed a run of games to build that up and show just why Ferguson believed he was worth £12 million.

Instead, Zaha’s treatment from Moyes represents a real failure to nurture an immense young talent.

After such limited playing time, Zaha was sent on loan to Cardiff City’s doomed relegation battle, and with his confidence shot, he was largely submerged in a struggling side.

Why was Zaha not given a proper chance at Old Trafford? The case against him remains a loose collection of rumour and innuendo. According to the Daily Mail, Zaha was poor at time-keeping and there was a dispute over a company car, while The Telegraph reports he made a poor first impression on Moyes by turning up for a flight to Thailand for their pre-season tour wearing jeans and trainers instead of a club suit.

Zaha is probably far from blameless; he would have made mistakes, but none of these appear to be heinous and unforgivable crimes.

After all, he was a 20-year-old, burdened by great expectation, living away from home for the first time. He needed help and guidance.

He would have gotten that from Ferguson, with his unrivalled record of developing young players, but Moyes and then Van Gaal, both needing to make a quick impact at Old Trafford, didn’t have the time or patience for Zaha.

After only a few minutes in pre-season this summer, Van Gaal was content to let Zaha return to Palace on loan in August and then sanction his permanent sale in the January transfer window.

And so ended the curious case of United investing £12 million in an England international and refusing to give him a game.

Quite clearly, neither Moyes nor Van Gaal fancied Zaha, but both made snap judgements based almost exclusively on his displays in either pre-season or on the training field.

When Ferguson signed Zaha two years ago, he hailed him as “a player of potential,” and knowing he was far from a finished article, as reported by the Daily Mail, Ferguson added, “We always feel we develop players well. We have proved that many times.”

But on this occasion, United failed the player, offered little development and discarded him without giving him a proper chance. 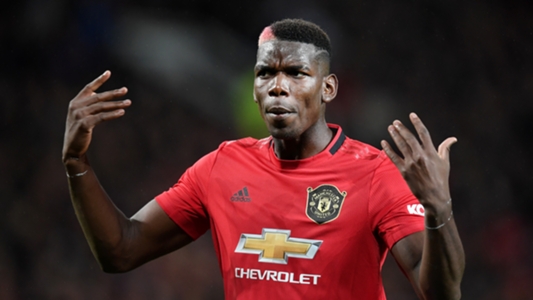