Walking out on the Bundesliga is probably the last thing on Landon Donovan's mind after retiring as a champion following Los Angeles Galaxy's 2-1 win over the New England Revolution in Major League Soccer's cup final.

What prompted Donovan winning six MLS Cups and culminating in #ThanksLD, a tribute to a legendary career in the United States?

Unfulfillment in the Bundesliga.

Playing as if he was the second coming of Bert Patenaude, Donovan had tangible upside to American superstar basketball player Kobe Bryant, according to then-United States U17 manager John Ellinger.

"The level of athleticism is similar," Ellinger said, per Jeff Piasky at Boys' Life.

Kobe ambitiously bypassed college to play in the National Basketball Association, drafted in 1996 by the Charlotte Hornets and traded to the Los Angeles Lakers.

Leverkusen—the second-best team in the German Bundesliga—prised Donovan away from the United States on a contract valued at around $400,000.

"We seldom offer a young foreign player such a contract [like the one Donovan received]," Reschke said, per Marc Spiegler at Sports Illustrated. "But in 21 years working with young players, I have rarely seen such strong potential."

A cogent feeling of vindication must have flowed through Reschke while he watched Donovan run rings around his peers at the 1999 FIFA U17 World Cup.

"Landon Donovan (Leverkusen) was one of many talented players already playing as professionals with top overseas clubs," per FIFA.com. "He is a very good athlete, quick, strong and mobile."

Despite a six-figure contract, Donovan felt the strain of the cold and desolate rat-race in attempting to break into the Leverkusen starting XI via the reserves.

"When I got to Leverkusen, calling for the ball, guys would look at me and purposely not pass the ball [to me]... I had been the star player on my high school team. I had been the guy that everyone counted on [back home]," Donovan said, per Grantland.com.

"There is this allure of quote, 'playing in Europe' that is so exciting for people, but if you are not in a situation that is good for you, it can be absolutely miserable."

The grinding, obscure and unglamorous environment of low-level reserve football embedded resentment in Donovan's mind, which is what compatriot Taylor Twellman related to.

Twellman, the Bronze Shoe recipient at the 1999 FIFA World Youth Championships, who made "his mark as a dangerous striker," per FIFA.com, hit a brick wall.

Donovan wanted to feel like he was a valued member of Leverkusen and demanded playing time with the first team, but management viewed him as a disappointment.

"I went back to Germany and said, 'Look, I was the best player at the [U17 World Cup] tournament; I should definitely get a chance'," Donovan said, per Joe Posnanski at Sports Illustrated. "[Leverkusen] said—not unreasonably, I should add—'Well, you haven't done anything here'."

Landon Donovan standing in front of Bayer pharmaceutical plant, He had a brief stint with Bayer Leverkusen. http://t.co/TsJfn1ILSo

"Kobe didn't leave family and friends," Ellinger said, per Jeff Piasky at Boys' Life. "Landon left for a place [Germany] where he didn't speak the language ... it was, 'See ya later. You're on your own'."

Ellinger was presumably speaking off the cuff, thinking about the Kobe from Lower Merion, a McDonald's All-American, who transitioned into the future of the NBA.

Unbeknownst to Ellinger, Kobe had an abnormal childhood, living in Europe (father, Joe, played pro basketball in Italy) and then being forced to re-adjust culturally and linguistically once his family settled in Philadelphia.

"I barely spoke English ... [and] combine that with blacks having their own way of talking, I really had to learn two languages," Kobe said, per Allison Samuels at Newsweek. "Kids are cruel. It's always been hard."

The alienation Donovan experienced at Leverkusen was a feeling Kobe felt at the Lakers, according to then-teammate Shaquille O'Neal.

"Every time Kobe started with his one-on-one nonsense, we were tired of hearing 'He's just a kid, let it go'," Shaq said, per his autobiography. "One guy after another stood up and said they were tired of the golden child."

Kobe's coping mechanisms of having lived in Europe and then surviving the emotional ordeal of being a foreigner in his own country braced him for the politicking he faced trying to make it at the Lakers.

Even after four seasons on loan at San Jose Earthquakes where he rebuilt his confidence, once Donovan returned to Leverkusen, he flopped, most notably in a 3-1 UEFA Champions League defeat to Liverpool.

"Donovan gets teed up in the Liverpool box, only to take an unmerciful swipe at the ball and hit a comical fresh-air shot," per Barry Glendenning at the Guardian. "His confidence is so shot to pieces."

One being world class and six being "son, you are out of your depth," Donovan was tied with Franca as Leverkusen's worst-rated player of the match (5.5), per Kicker.

"I am very disappointed. Nothing seemed to go right for me today," Donovan said, per Mark Bennett at UEFA.com.

"I didn't play the passes I can play, I missed a good chance to give us the lead and I can only hope that the coach [Klaus Augenthaler] won't judge me on today's performance."

Augenthaler, who won the Bundesliga seven times as a player for Bayern Munich, opted not to lambast Donovan in front of the media.

"We still believe in Landon," Augenthaler said, per Mark Bennett at UEFA.com. "When the time comes he will be given another chance."

Behind closed doors, it was a different story.

Donovan had a salient point because the fastest hat-trick in the Champions League at the time was nine minutes from then-Blackburn Rovers centre-forward Mike Newell during a 4-1 win over Rosenborg in 1995.

"If you make him [Donovan] unhappy, he will not play well," Reschke said, per Jill Lieber at USA Today. "We opened the door and said, 'OK, the time has come for you to go home'."

Four seasons, 52 goals and 40 assists later for the Los Angeles Galaxy, Donovan attempted another comeback in Germany, this time for Bayern Munich.

"[Vice-president Karl-Heinz] Rummenigge and [president Uli] Hoeness couldn't understand why Klinsmann had desperately wanted to sign Donovan back in the summer in the first place," a club insider said.

He was advertised as 'world class' by the manager but obviously couldn't quite cut it at this level. Both the club and the players lost faith in Klinsmann's judgement."

After the club dismissed the 45-year-old Klinsmann in April 2009, Donovan, without much fault of his own, quickly became a byword for the Swabian's perceived incompetence.

Given Donovan's flashes of brilliance on loan at Everton (he is a professed Evertonian), what if he lowered his standards and played for smaller European teams than Leverkusen and Bayern Munich?

The career of Tim Howard comes to mind.

Howard recalled being victimised by then-Manchester United manager Sir Alex Ferguson for not including an extra man in a wall, per the goalkeeper's memoir (h/t ESPN FC):

You've got to think—he [Ferguson] jabbed both index fingers at his forehead—when you play this game.

If you cannot handle the [expletive] stage—his Scottish accent was coming through loud and clear—I'll send you right back to the MLS.

The disdain in his voice when he said MLS was palpable.

Howard's grave error in the Champions League against Porto was a pivotal turning point in Jose Mourinho's life.

Rather than return to MLS, Howard soldiered on and has gone on to play 368 games for Everton.

Donovan's inability to assert himself in Germany or seek an alternative European career path was a big win for MLS.

"People know the game because of what Landon has done," National Soccer Hall of Fame member and ESPN analyst Julie Foudy said, per FOX Sports. "He has helped transform the sport in this country to what it is today."

If Donovan has compartmentalised his incomplete Bundesliga career, it is to be expected because his achievements in MLS are comparable to Kobe's impact on the NBA.

But in reality, Donovan is more alike to Juan Carlos Navarro—a Spanish shooting guard who prematurely quit the NBA to dominate at a lower level—than Kobe, who willed himself to success at the highest level.

"If I lived my life based on what others wanted, I'd probably have a pretty miserable life," Donovan said, per Andrew Wiebe at MLSsoccer.com. "I'm happy with the decisions I've made."

When not specified, statistics via WhoScored.com 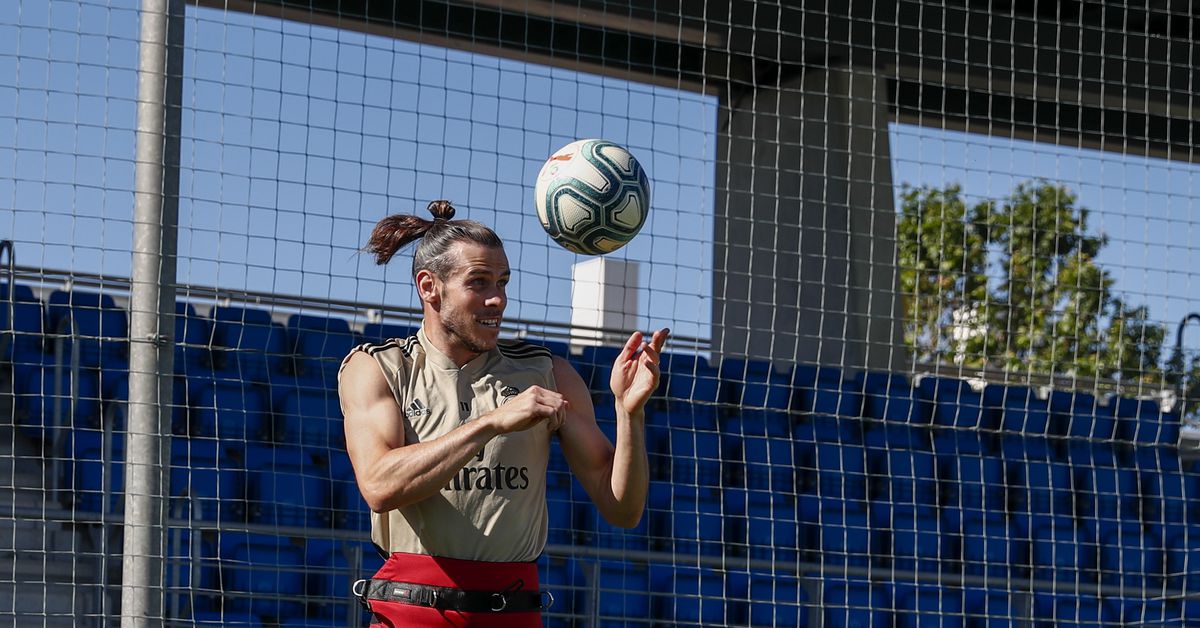 Liverpool Could Win Title vs. Everton

If Man City lose to Arsenal, Reds will need one win

Liverpool Could Win Title vs. Everton