That's what you probably know about Cardale Jones—a 2012 social-media miscue that made its way into college textbooks and has yet to leave the lexicon of the average college football fan.

It's also the work of Ohio State's new starting quarterback, the Buckeyes' last hope at landing a spot in the College Football Playoff.

Why should we have to go to class if we came here to play FOOTBALL, we ain't come to play SCHOOL, classes are POINTLESS.

Those were the words that first introduced Jones to the college football world, which immediately went viral and earned the then-true freshman a suspension for Ohio State's prime-time matchup with Nebraska two seasons ago. As Buckeyes head coach Urban Meyer explained at the time, the distraction of Jones simply wasn't worth what Jones was contributing to the team.

"We're getting ready to play a big-time game in a great stadium and I get a bunch of text messages and phone calls about, 'Did you hear?'" Meyer said at the time. "So we suspended him immediately for the game. [It was a] very ignorant comment."

Whether it's fair or not, that moment of immaturity has defined Jones' college career. But thanks to J.T. Barrett's ill-timed season-ending injury and the Buckeyes' immersion in the playoff hunt, it will no longer have to, as it will be Jones who leads Ohio State into next weekend's Big Ten championship game.

'They knew I wanted to be a Buckeye.'

A product of the storied Cleveland Glenville pipeline, Jones was a 3-star prospect and the 10th-ranked pro-style quarterback in the 2011 class. With offers from Michigan, Penn State, Iowa, Illinois and West Virginia, the 6'5", 215-pound Jones opted to accept Ohio State's late scholarship offer on national signing day.

But Jones' pledge to the Buckeyes came with a caveat.

With 5-star quarterback Braxton Miller already enrolled in Columbus, it didn't make sense for Ohio State to add another signal-caller to its 2011 class. So former Buckeyes head coach Jim Tressel accepted Jones' commitment with the expectation that he'd "grayshirt," spending a season at a prep school before beginning his college career.

Jones obliged, spurning his other BCS conference offers in order to head to Virginia's Fork Union Military Academy. Even as his recruitment essentially reopened, Jones never wavered in his commitment to Ohio State, citing his time at Fork Union as worthwhile.

Cardale Jones during one of his rare appearances in the 2013 season.USA TODAY Sports

'He kind of was a little bit of a knucklehead.'

While his errant tweet may be what he's still best known for, it was only a glimpse of the struggles that Jones endured upon finally arriving in Columbus in 2012. With Tressel gone and Meyer in charge, the freshman signal-caller failed to click with the new Ohio State staff throughout the Buckeyes' 12-0 season.

"He had a one-way bus ticket back to Cleveland," Meyer said. “He was a guy who couldn’t get out of his own way."

Jones' infamous tweet was his lone public indiscretion, and both he and Meyer maintained that he was excelling in his classes at the time. But Jones rarely drew praise during his first two years on campus, and Meyer's actions spoke louder than his words.

Even once active, Ohio State was hesitant to allow Jones to play, and the redshirt freshman appeared in just three games in 2013, attempting a total of two passes. At one point, Meyer even considered the third-string-quarterback competition between Jones and Barrett to be "close," even though true freshman Barrett was still recovering from a torn ACL and an obvious redshirt candidate.

"He kind of was a little bit of a knucklehead," Ohio State running back Ezekiel Elliott said.

Somewhere between the end of the Buckeyes' 2013 campaign and the start of the ensuing offseason, something clicked for Jones. With Kenny Guiton having graduated and Miller recovering from shoulder surgery, there would be plenty of quarterback reps to be had in spring practice as Meyer searched for Miller's new backup quarterback.

Jones appeared to make the most of his new opportunity, exiting the spring session as the Buckeyes' undisputed No. 2 quarterback. His 13-of-29, 106-yard passing performance in the spring game left much to be desired, but most importantly, his personal strides allowed him to remain a member of the Ohio State roster.

“Cardale, you talk about a changed guy,” Meyer said following the first spring practice of the year. "You remember the famous tweet or whatever? It’s a different guy. He had to be a different guy or he wouldn’t be here.”

On the field, Jones wasn't able to maintain his momentum, with Barrett surpassing the redshirt sophomore on the Buckeyes depth chart two weeks prior to the start of the season. Two days later, Miller suffered a season-ending torn labrum in his throwing shoulder, allowing Barrett to embark on what would be a Heisman Trophy-caliber campaign.

But off the field, Meyer remained impressed with Jones' progress. Even as he was relegated to the role of backup to a younger player, the Cleveland native remained steadfast in his preparation, knowing that he was just one play away from being Ohio State's starter.

"Cardale Jones is growing up. I admire him," Meyer said in September. "I like his professional approach right now."

With J.T. Barrett on the bench, it will be up to Cardale Jones to lead the Ohio State offense.USA TODAY Sports

The Rookie and the Vet

Whether Jones' newfound approach will pay off remains to be determined, but both he and the Buckeyes will have the chance to find out on Saturday.

With Ohio State playing in its second consecutive conference championship game and a potential spot in the College Football Playoff on the line, it will be up to Jones to quarterback the Buckeyes against Wisconsin's defense, which is ranked second in the nation.

"We gotta go and we have a lot of confidence in the guy that's going to be doing it," Meyer said in his post-Michigan press conference. "His name is Cardale Jones. He's been here, I think, for 120 years. He's been here for a while."

It might seem that way for a player who initially signed with the Buckeyes on the same day as most of the team's current seniors, but Jones' eligibility is still just that of a redshirt sophomore. Moreover, he remains something of an unknown, as he has attempted just 17 passes in his seven appearances in mop-up duty this season.

Meyer maintains that Jones' skill set is similar to that of Barrett and Miller, although now at 250 pounds, he's more bulldozer than he is Ferrari. He has, however, shown ability as a runner, ranking fourth on Ohio State with 206 rushing yards despite his limited playing time.

But against the Badgers, Jones will be asked to do much more than run out the clock, which has been his primary objective throughout the 2014 season. In addition to Meyer, his teammates remain confident in his ability, pointing to his short stint as the Buckeyes' No. 1 signal-caller last summer.

"He was the starter before J.T. took the spot, so we're not talking about some random, nobody quarterback," star defensive end Joey Bosa said. "He's a great quarterback and he'll get the job done.”

As for his infamous tweet? All indications point to it being nothing but a distant memory, remembered more on Twitter than it is inside the Ohio State locker room. But Saturday could go a long way toward changing Jones' reputation on a national scale, as he'll finally have the opportunity to play football.

And his performance will likely make or break the Buckeyes' 2014 season.

Good morning, ready to get to work

Ben Axelrod is Bleacher Report's Ohio State lead writer. You can follow him on Twitter @BenAxelrod. Unless noted otherwise, all quotes obtained firsthand. All statistics courtesy of cfbstats.com and recruiting information courtesy of 247Sports. 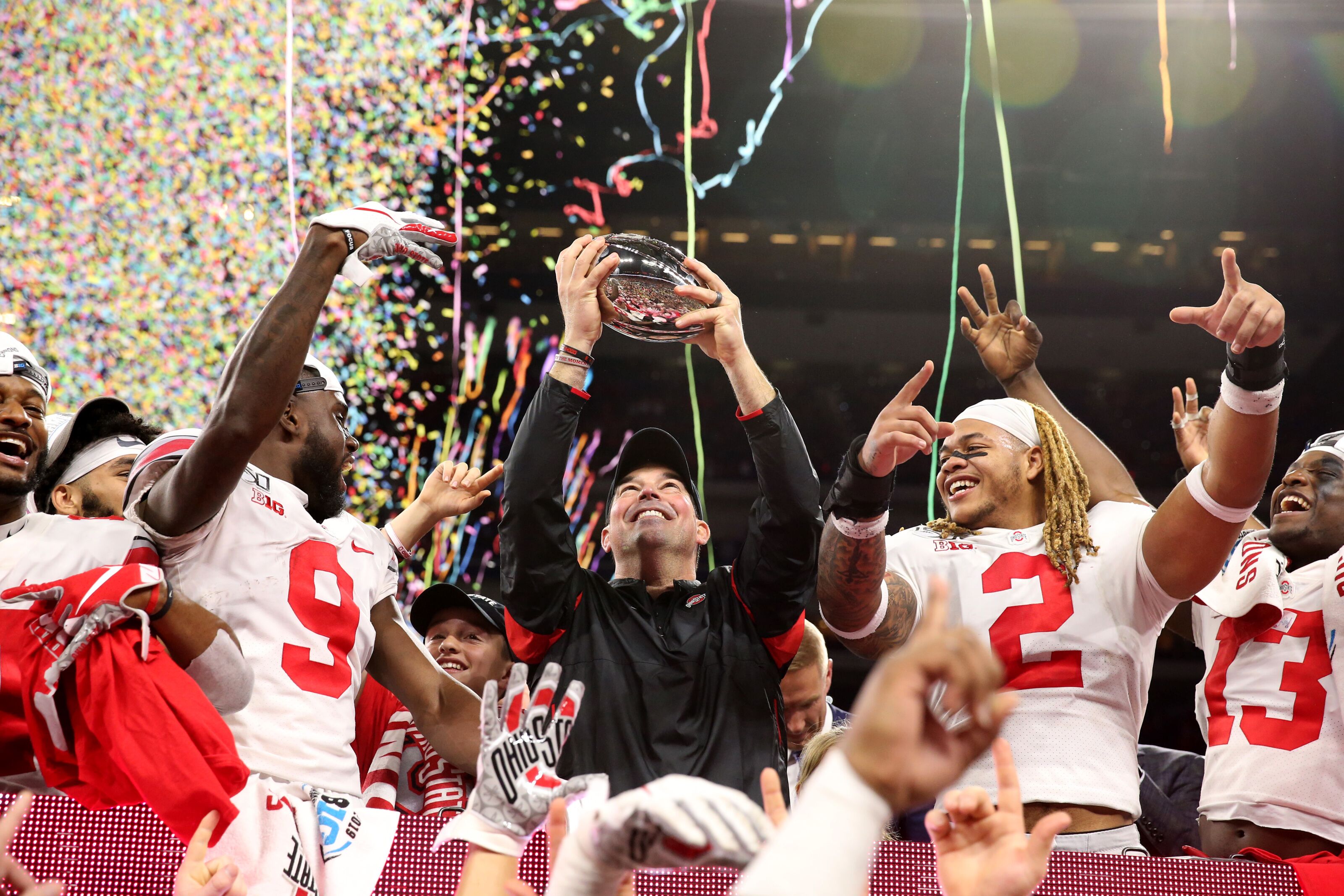 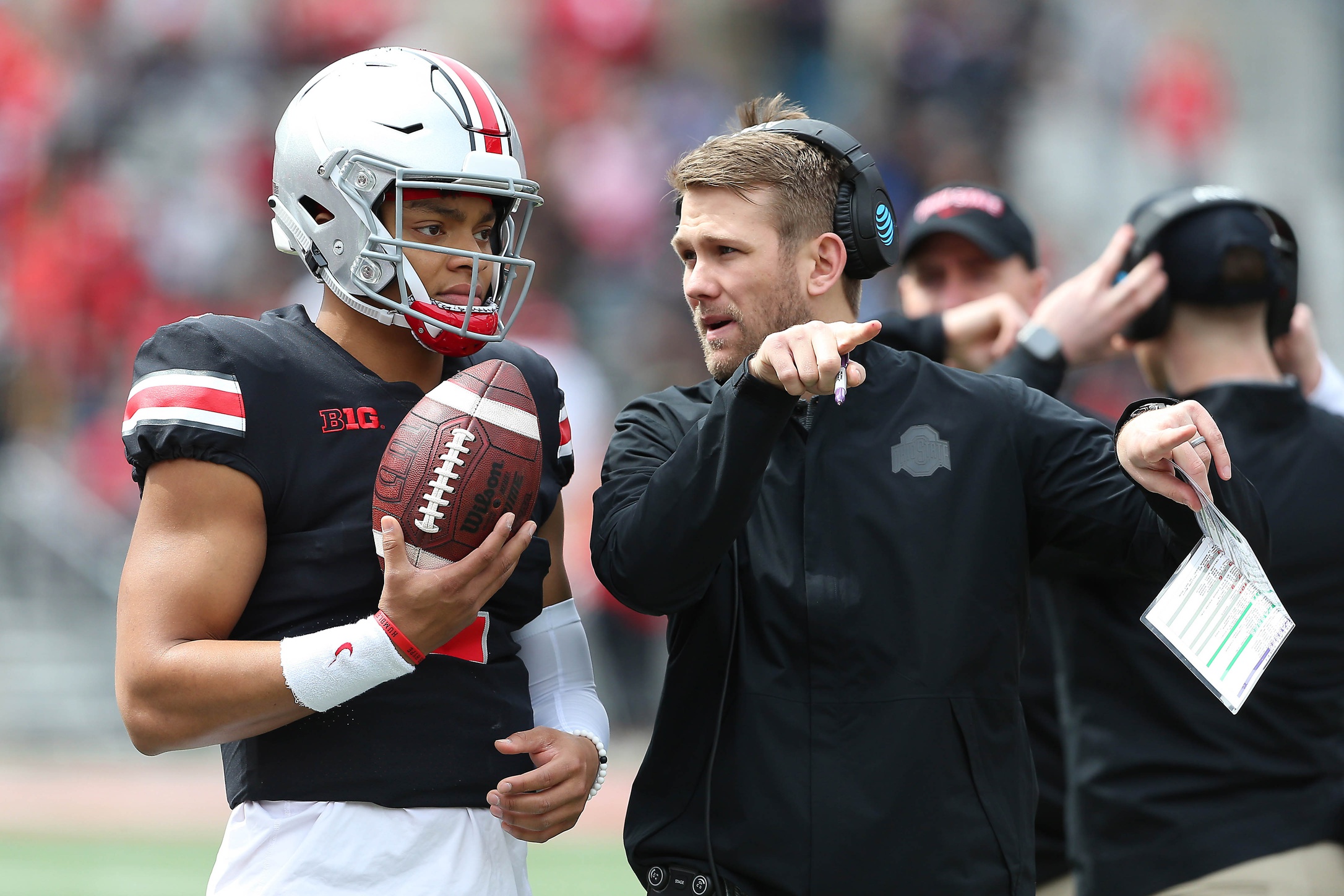