GLENEAGLES, Scotland — When Andy Roddick, the now-retired tennis star, was asked about his rivalry with Roger Federer, he answered, “That’s not a rivalry. He keeps winning.”

The same could be said for the European team's dominance against the United States in the Ryder Cup. Once it was a rivalry. Now it’s an irrelevancy. At least in the U.S.

Phil Mickelson, a Ryder Cup participant a record 10 times, was highly critical of captain Tom Watson following the event. He thought the American team should go retro to get back in the battle and in the public’s good graces, using the strategy of 2008 captain Paul Azinger, who last guided the U.S. team to victory.

Azinger, borrowing from the Navy Seals, broke the team down in four-man “pods” so players would eat and play with the same men, developing a special bond. Whether that helps someone make a three-foot putt, as rookie Patrick Reed missed Saturday, is up for debate.

Top play, however, might get the Cup noticed among the sports with which Americans are more familiar.

Over the weekend, college football was rampant—nice comeback, Florida State—the Major League Baseball regular season was closing, the NFL was thundering, high school football was everywhere and the NHL and NBA either had opened training camps or were on the verge of starting.

And yes, for those in the U.S. enthralled with the other kind of football, the Barclays Premier League was very much a presence in America, if on television.

Where does that leave the one-sided biennial series in golf, which Sunday at Gleneagles ended with Europe trashing the United States for the third time in a row and the eighth of the last 10 times, this year by a final score of 16.5 to 11.5?

Way down the list in importance. Virtually nowhere. Almost hidden in a bunker. In Tuscaloosa, Alabama, or Green Bay, Wisconsin, they probably don’t know the difference between the Ryder Cup and the Lipton’s Cup-O'-Soup. And they don’t care.

America isn’t Angola or Croatia. Those countries found satisfaction just showing up to be pounded in basketball by the Dream Team in the 1992 Olympics. They posed for pictures with Michael Jordan and Charles Barkley. They were in awe.

The Scots may have created golf, but it was the Americans—Walter Hagen, Gene Sarazen, Bobby Jones, Sam Snead, Ben Hogan, Jack Nicklaus, Arnold Palmer—who dominated it. Now we’re being dominated by a kid from Northern Ireland—Rory McIlroy is only 25; is that frightening or what?—and young men from Spain, Germany, England, Sweden and Denmark.

What would Ben Hogan and Sam Snead have said about losing golf matches to Swedes and Danes?

What Tom Watson, captain of this year’s American squad, said was, “The other team performed better than we did. That’s the bottom line.”

Not quite. Not in the United States.

The idea is to get attention, get high TV ratings. What kind of interest do you think there was with the event all but decided when Americans put on NBC or The Golf Channel?

We’ll watch mismatches if the proper players or teams are winning, but not if the wrong people are winning. The Americans weren’t even competitive, except for a few holes on the first day. Otherwise, they were trying to extricate themselves from a hole. Without success.

The golf purists might watch, cooing over the backspin from one of Phil Mickelson’s wedge shots or the distance of McIlroy’s drives. They’re only a small minority. A double whammy for U.S. TV: no competition and no Tiger Woods. Death by boredom.

The American rookies, Jordan Spieth, Patrick Reed and Jimmy Walker were responsible for 8.5 points of the U.S. total of 11.5.

“That bodes well for the future of the American Ryder Cup team,” said Watson.

Does it? Through the last decade, the American players have included Woods, Mickelson, Jim Furyk, David Toms, Stewart Cink, Bubba Watson and Zach Johnson, each a major champion. But in that decade, the U.S. has won only once, in 2008.

“The European team,” said Watson of the opponent this weekend, “they are stacked with great players. And it would have been tough to beat them.”

The Ryder Cup used to be imbalanced the other way, when it was the U.S. against Great Britain-Ireland. Then, magnanimously, Nicklaus suggested continental Europe be invited. It was an invitation to disaster. With players such as Seve Ballesteros, Martin Kaymer and Thomas Bjorn, Team Europe—as it’s known—has been virtually unbeatable.

The next Ryder Cup will be in Minneapolis in 2016. Mickelson and Furyk both will be 46 and surely not in the mix. Woods will be 40. America will be fielding a number of players with potential and very little recognition factor.

But it couldn’t be any worse than the present, when the U.S. dropped out of sight almost immediately.

“The disappointment will last a long time,” said Watson, who at 65 became captain for a second time. “We came over with the expectation of winning the Cup. But the Europeans were spot-on. They took us down in alternate shots the first day (winning three matches and halving the fourth). That’s where we lost.”

It was as good as over then. Team USA trailed and never caught up. There were booming cheers from the fans around the 18th green. In America, in contrast, there was a click of the dial to something more compelling.

The Ryder Cup was a yawn. 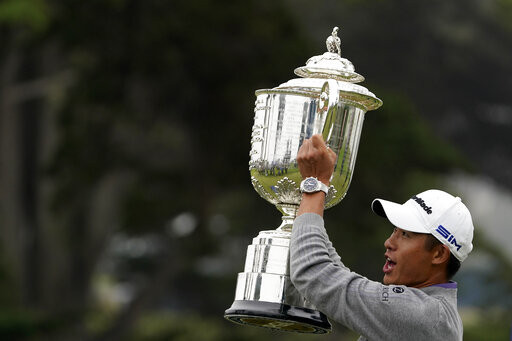