Growing up in Dublin, Conor McGregor was just like every other Irish boy.

Which is to say, McGregor grew up with dreams of playing football. In a family filled with fans of Manchester United—for many Irish, United are a way of life despite the club's location in another country—McGregor followed suit. When he was eight years old, he'd pull on his United kit, walk outside and kick the ball against the wall of the family home. When he scored an imaginary goal, he launched into an imaginary celebration, running around the yard and picturing 100,000 fans packing Old Trafford, all screaming his name.

In that way, McGregor was preparing himself for his future life. The football fandom would eventually fade away. Today, McGregor couldn't name a single member of Louis van Gaal's 2014-2015 United squad. He is still surrounded by the football and United-mad Irish in Dublin, but McGregor is no longer part of that world.

But no matter how much things change for McGregor, one thing remains the same: Even as a child, running around the yard in his United kit, McGregor wanted to be a star.

Today, McGregor is a star. He's still dreaming of filling Irish football stadiums with his talents. The only difference is the way he intends to do it.

For McGregor, football doesn't matter. The only thing he cares about is fighting.

McGregor walks into a conference room in the Zuffa office building on West Sahara, near the north end of the Las Vegas strip. For a company hell-bent on conquering the world, the small stature of the office building is surprising. Construction is under way on a brand-new office and television-filming complex on the outskirts of Las Vegas, but it will take years to complete. For now, Zuffa employees are stuffed into this small complex that shares a parking lot with the ultra-popular In-N-Out.

A few of those Zuffa employees have spent the past hour trying to track down McGregor, who is fashionably late to a lunch meeting held in his honor. On this instance, "fashionably late" is an absolutely apt description; McGregor says he was late because he was picking up a massive order of custom-tailored suits from David August, a clothier who travels the world while outfitting the richest men on the planet. McGregor was sent to August by Lorenzo Fertitta and Dana White.

The last time he was in Vegas, McGregor was measured for the suits. On this day, he walked in a room and saw a line of 50 pairs of shoes, all of the suits and all of the extras that go along with them. They were all for him, all sized and tailored to fit him like a glove. He shows off the gold cufflinks and the place on his shirt where "C. McG." is hand-stitched into the fabric, and it's easy to understand why he made a bunch of media folks wait around while he picked up the spoils of his winning ways.

And his winning ways have created plenty of spoils. For White and Fertitta, McGregor is the golden child, the perfect storm of everything they want in a fighter. He's from outside North America, which means he's a star they can use to draw large crowds in new European markets. He has impeccable fashion sense and looks like a successful professional athlete instead of a backyard barbecue expert who rolled out of his bed and put on whatever newest free T-shirt and hat was available to him.

He is a good fighter, though we aren't entirely sure how good. He might be great. He might not. Where he shines, however, is promoting fights. He is brash and confident and says things that makes the media smile because we know he has made our job easy. We just turn on our recorder and he starts talking and then we write, and the process repeats itself every time the UFC trots McGregor out to promote a fight. We don't know how much of it is reality or how much of it is showmanship. Most of us don't care.

And that's what's happening here in present day. McGregor came to Las Vegas nearly two weeks prior to his UFC 178 fight with Dustin Poirier. It is his first time fighting in Las Vegas, and he wanted to acclimate himself with the climate and the time and all the differences between here and Dublin, which are many. He set up shop at the Red Rock Casino Resort & Spa, which—along with Green Valley Ranch Resort—is the crown jewel of the Fertitta gaming empire.

Red Rock is a beautiful, gleaming resort with all the kinds of features and whizbangs and doodads you'd expect from, say, an MGM property on the strip. There are nice places to eat and many bars that will serve you drinks that cost $18. There is a nice sportsbook and nice rooms and a nice pool. There is even a giant bingo room. But it is located roughly 25 minutes away from the strip, out where the lights and the slot machines begin to melt away into the mountains, and so it was the perfect place for McGregor to find his calm center before the madness began.

It didn't hurt that McGregor was able to assume residency in Fertitta's suite, with its heated marble floors and all the amenities you can imagine. McGregor spent time walking barefoot on those floors, feeling the luxury soaking into him and remembering all those days long ago when, as a boy in Dublin, he imagined himself being very rich and very famous and very good at something.

He worked out in Fertitta's gym at Red Rock. It is closed to the public, and the only way to gain access is being asked by Fertitta if you want to use his facilities. The gym is probably the nicest boxing or mixed martial arts gym in the world, and this is not hyperbole. Everything is brand new, and there are gleaming refrigerators filled with every kind of protein recovery drink one can think of. Do you want a certain flavor of Muscle Milk? Fertitta has it, there in his refrigerator.

It really is quite a place, and offers to work out in the gym are not extended to every UFC star. But McGregor is not every UFC star. He is a willing promotional partner. The UFC's recent excursion to Ireland, sold almost entirely on McGregor's name, was highly profitable and one of most memorable events in UFC history.

After crushing Diego Brandao and sending his fellow Dublinites into orgasmic rapture, McGregor went back to the hotel and consumed dinner and Irish whiskey with White and Fertitta. They also penned a new eight-fight deal for McGregor, he says, which starts this weekend with the Poirier fight. He won't reveal any more details, but the glimmer in his eye (and the very expensive suit on his body) says White and Fertitta made him a very rich man.

Much of McGregor's real personality is either overlooked or lost in the shuffle, a casualty of his bravado and calculated efforts to promote himself. Like Chael Sonnen before him, McGregor knows what he wants the world to see, he knows what they want to see, and he knows how to give it to them. The real McGregor? He could be the nicest, most gentle person in the world, and you'd have no idea. Sonnen is a sweetheart of a man when you get him out of character. McGregor might be the same; he just doesn't want you to know it.

But McGregor is highly intelligent. He has a fight IQ that puts him in rarefied air. Sitting at the end of this long conference room table, he rattles off physical statistics for five different top featherweights: height, reach, weight, age. He then moves on and begins doing the same thing for lightweights, including Benson Henderson and Anthony Pettis. It is clear he puts far more time into thinking about mixed martial arts than he would like you to believe.

"I believe I have a big brain. I don't sit and study and stare. It just clicks to me, for some reason," he says. "I don't know why. I wouldn't sit and obsess over someone, or sit and stare. I don't watch interviews. It just comes to me without trying, if that makes sense."

McGregor says his mental acuity gives him a huge advantage over his fellow UFC competitors.

For McGregor, only one other competitor matters at the moment: Poirier, who McGregor will face at UFC 178. McGregor believes he has caught Poirier in a period of stagnation, where Poirier isn't gaining any ground as a martial artist.

"I don’t ever want to stay the same. I feel, looking around past careers, most martial artists get to a certain stage and then stagnate. And then their training camp is just about sparring hard and staying fit. Their skill level stagnates," he says. "It is similar to the way I see Dustin’s path. His skill level has stagnated. He has never grown from strength to strength. Every single fight I have a new skill. I’m only scratching the surface skill-wise, and I already feel like I am better than everyone."

If McGregor gets past Poirier, there is a good chance the UFC will push him to the front of the line for a title shot against the winner of the October bout between Jose Aldo and Chad Mendes. Before he walked into the conference room, the UFC told him he would be flying to Brazil to sit Octagon-side for the Aldo/Mendes fight on October 25. This is a special privilege reserved for those the UFC are looking to push into potential title opportunities, and McGregor says he'll be ready when the time comes. He'll also be ready, he says, for either Aldo or Mendes to get hurt, even if he intentionally causes the injury.

"I might stick a few banana peels around that Octagon," he says with a laugh. "If someone falls, that ain’t my business. I don’t give a s--t. Honestly. I’ll whip both of them."

Shifting to a more serious tone, McGregor says he is in a constant state of readiness. Winning or losing doesn't affect the way he returns to the gym; win, lose or draw, he's back in with longtime coach John Kavanagh and training partner Gunnar Nelson the next week, always preparing for whatever comes next. 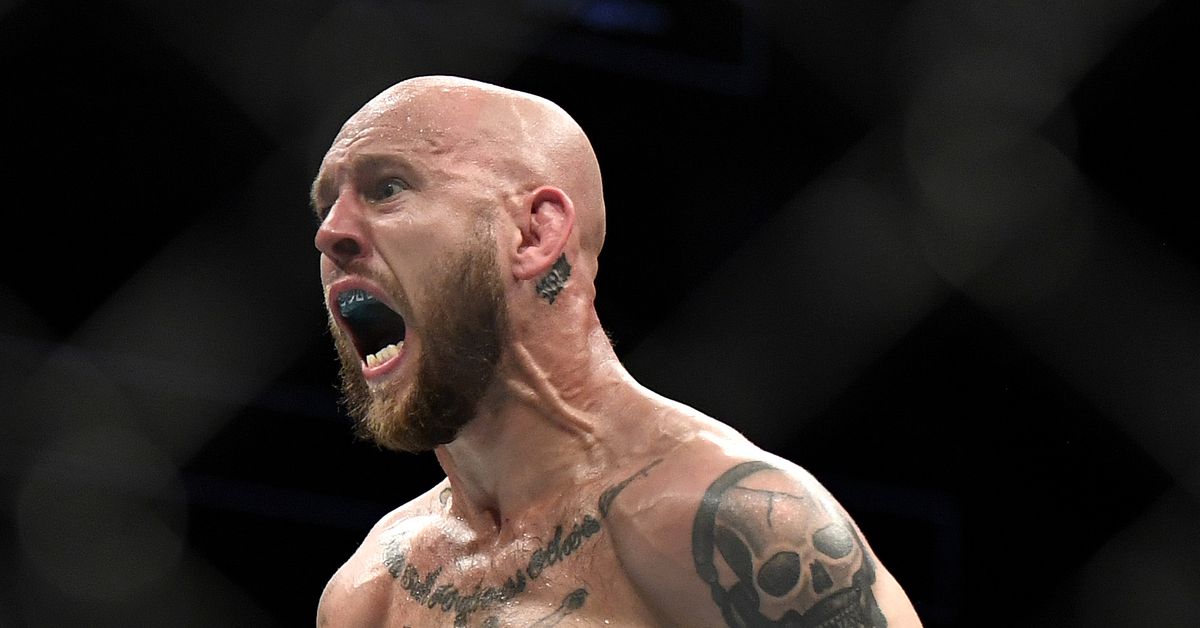 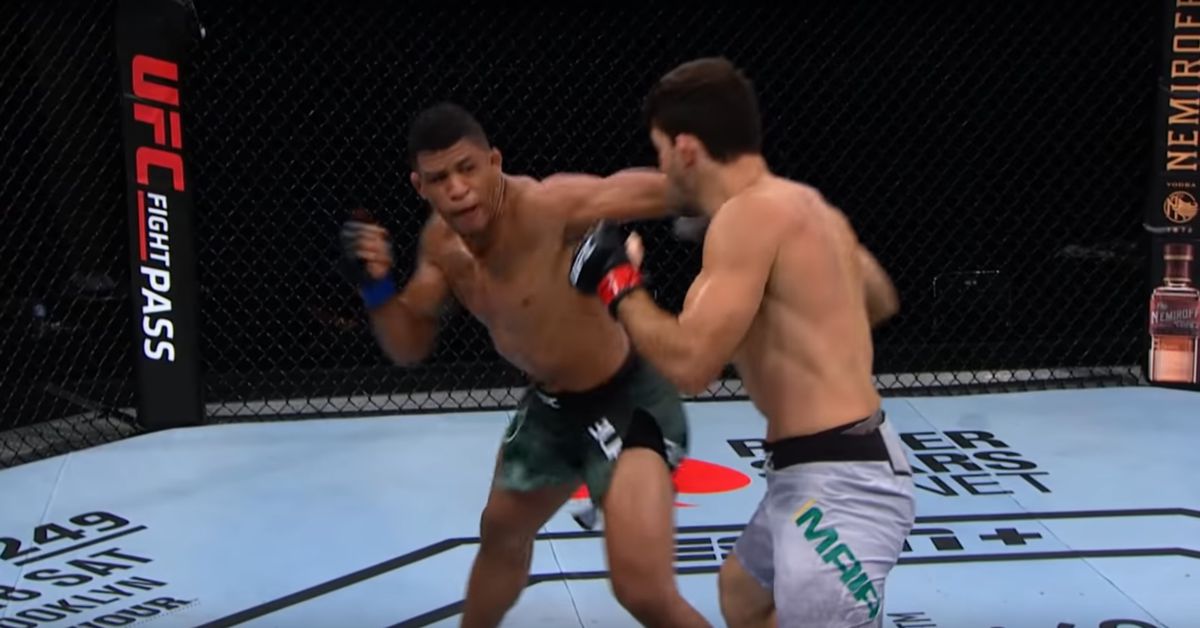 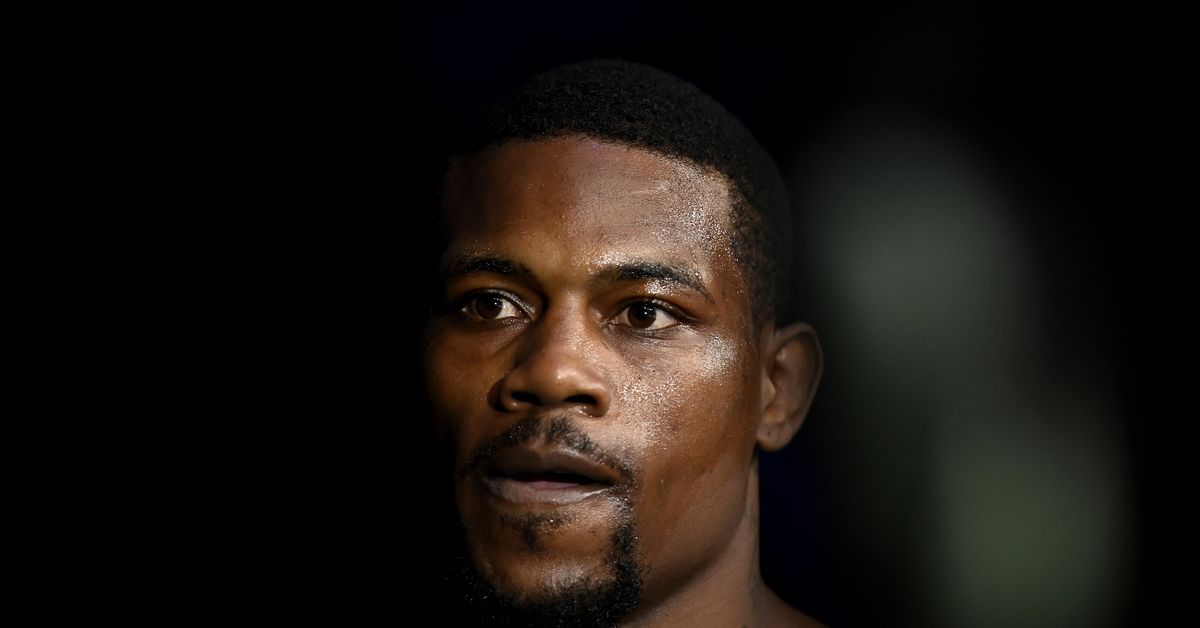