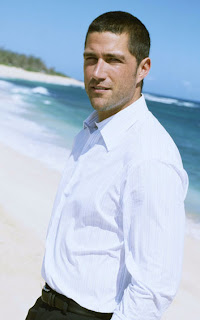 Go deep. Real deep, like to that deserted island on Lost.


I continue my look at 100 special players in Columbia football history. Here are three more wide receivers to tide us over for the next three days in the 100-day countdown.


He never racked up huge stats in his career, but Matt Fox '89 has become one of the most famous Lions because of a very successful TV and film career. Fox was not a wallflower on the field, however. Fox was a starting wide out on an offense that wasn't half bad during his 1998 senior year.

Here's how he described himself as a CU wide receiver to Sports Illustrated a couple of years ago:

SI: You were a wide receiver in college. What current NFL receiver would remind us of Columbia’s Matt Fox?

Fox: Joe Jurevicius [laughs]. He’s the guy who can do the 17-yard dig route, get clobbered by the middle linebacker and always get up. I prided myself on getting up no matter how hard I took it. I didn’t have great speed, so I had to make up for it with heart and good hands.

SI: You played in the 16-13 victory over Princeton in 1988 that broke Columbia’s record 44-game losing streak. How sweet was that win?

Fox: I had a 40-yard touchdown that was called back. It was a rainy day and the sidelines were muddy, and I got chucked coming off the line and apparently went out-of-bounds. I thought I scored, but it was called back. But more than anything, I remember the immense relief and euphoria that win brought. We had gotten the crap knocked out of us for a long time. Every week we lost, we were news. Then the goal posts came down, and the campus partied for two days. It was a great day.

Fox crept back into Columbia-centric news two years ago when he was named the Class Day speaker at Columbia College's 2007 graduation. Many students were upset with the choice, I wrote about it extensively at the time. I wasn't too happy with those kids and their reactions.

They first started letting freshmen play Ivy football in 1993, whenthis Edinburg, Texas native burst onto the scene right away with two touchdown catches as a first year. He was the top starting split end by his sophomore season and a team leader throughout.

His best season statically was the 1995 junior campaign when he grabbed forty six passes for 708 yards and five touchdowns. He finished his career fourth on the all-time list for receiving yards, but has since been pushed out of the top five, by Travis Chmelka and Austin Knowlin.

My favorite memory was Ramirez's game-winning TD catch in the 20-13 overtime win over Harvard to start the 1996 season.

He became the Lions leading receiver in the magical 1971 season and remained on top as a senior in '72. He and QB Don Jackson, were classmates and they started to click on the field in a close loss to Princeton in 1970. Three weeks later, they combined for a stunning deep-ball touchdown connection in a 30-14 win over Rutgers.

Parks was also a standout baseball player for the Lion nine.