There may not be a more fascinating player in the NHL today than Dustin Penner.

Superficially, he’s everything a team wants in a player. Listed at 6’4”, 247 pounds, he has the frame for a game obsessed (often to a fault) with size. In a league that values clutch play and championship experience, he has won two Stanley Cups, playing important minutes for his teams in both cases. He has scored 30 goals, routinely scores 20 and virtually every major league club he’s ever played for has performed better with him on the ice than with him off it.

And yet he’s spent much of that same career in the doghouse of his coaches. From Randy Carlyle in Anaheim to Craig MacTavish in Edmonton to Darryl Sutter in Los Angeles, Penner has found himself out of favour all too frequently. These aren’t bad coaches, either; two of them guided their teams to Cup wins, and the departure of the third (MacTavish) coincided exactly with the Oilers’ descent to the NHL basement.

Penner’s always been something of an oddity for an NHL player, and his development route was so odd it doesn’t qualify as a path, let alone rising to the title of the road less traveled. He went undrafted, then lost his 18-year-old season to injury, spent his 19-year-old campaign with a two-year public college in Bottineau, N.D. and didn’t play at age 20. Typically, a player with that kind of pedigree is lucky if he can last in the ECHL, let alone have an NHL career of note.

Given that history, it is perhaps fitting that Penner’s NHL career has been unique and featured so many peaks and valleys. Last summer, when he took a one-year, $2.0 million contract with Anaheim, was a valley. By NHL standards—where a pretty comparable player in David Clarkson left money on the table to sign a seven-year, $36.75 million dollar contract—it was a pittance.

The early going this season has been a peak. With 24 points in 29 games and a plus-19 rating (the best number of any NHL forward) Penner hasn’t just recaptured past glory—he is scoring at the best pace of his career.

Superficially, it’s a nice story of redemption. Digging a little deeper, though, we find much more than that. We also find the answers to "what’s happening here?" (Spoiler alert: It’s not just the Corey Perry/Ryan Getzlaf effect, even if that is an obvious and popular interpretation) and "can it last?"

When we look at Penner’s point increases, we find that they’re almost entirely confined to the goals column. He had 12 assists in 33 games last season; this year, he has 14 helpers in 29 contests. It’s a difference so small we can hand-wave it away, so we will. Instead, we’ll focus on goal scoring.

Penner’s 6.71 shots per hour is reasonably consistent with his career to date; it’s a total marginally higher than his Edmonton days, significantly lower than his time with the Kings and one that falls easily within the range of what we would have expected had we looked at this chart in the summer.

That time with Los Angeles is the most suspicious part of the chart, because the increase in shots coincides with both an increase in average distance and a massive drop in shooting percentage. Some of this is likely randomness, but it also seems probable that coaching was a major factor. This is particularly likely given that Penner spent a lot of time outside the top lines while with the Kings; the emphasis there would have probably been to get pucks on net rather than generating quality chances.

What Penner is doing five-on-five in Anaheim is almost exactly what he did in Edmonton, both in terms of shot totals and shooting percentage. This is the player he can be when used correctly, and there is no reason to expect a significant drop-off.

What about the power play? Four of the categories are the same as before, but I’ve also added average ice time (Penner’s even-strength ice time didn’t fluctuate a lot with his different teams, so there was no need to look at that):

The evolution here is interesting. Penner played mostly net-front minutes in Edmonton (look at those shot distances) and unsurprisingly posted rather impressive shooting percentages (and goal totals) in his years there. Los Angeles used him differently for a bit and then opted not to use him at all, which unsurprisingly hammered his goal totals.

As for this year, it’s reasonably self-evident that Penner’s current five-on-four scoring binge (four goals on 10 shots) is shooting-percentage driven, and thus it likely won’t last. It will be interesting to see what happens afterward, though; Penner was a useful power-play guy in a given role in Edmonton, and it seems likely the Ducks will keep using him on the power play.

We should make one point about Penner’s plus/minus, though. Plus/minus is driven by three things: shot differential, on-ice save percentage and on-ice shooting percentage. Penner has always been a good shot-differential player, a guy who drives possession of the puck; it’s been a constant through both the peaks and valleys of his NHL career, and his abilities in that category generally make him an underrated player.

Save percentage and shooting percentage, however, fluctuate a lot depending on a bunch of factors. They are often combined into a single statistic called PDO, which regresses to the mean (of 100.0 for most players, obviously) over time. Here’s what Penner’s PDO looks like over the last few seasons:

That’s going to fall, and when it does, Penner’s plus/minus will drop with it. He’ll still be a plus player, because not only does he have a nice rating right now, but he also drives shot differential. However, he won’t continue at his current rate. Those slightly high assist rates should dip back to career average, too, because part of that inflated PDO is a ridiculously high 15.2 on-ice shooting percentage, something well beyond what Penner (or, for that matter, Perry and Getzlaf) have averaged over previous seasons.

Put everything together, and Dustin Penner’s 2013-14 season really isn’t a story of redemption. It’s a story of a good player finally being put back in a position to succeed after years of misuse under his previous coach.

Sutter’s system has largely worked well for the Kings, but in this case, it’s hard not to wonder how much better the team would have been with a guy like Penner producing. Would it have made the difference in the playoffs last year, where the Kings were bounced in the Western Conference Finals after losing three games to Chicago by just one goal? It’s a question with no certain answer.

What is certain, though, is that Penner lost out on a pile of cash this summer thanks in no small part to Sutter. It’s also certain that the Ducks got a grossly undervalued player on a bargain contract, and that’s the kind of signing every team with Stanley Cup ambitions could use.

Statistics used are courtesy of BehindtheNet.ca and NHL.com and are current through December 19. 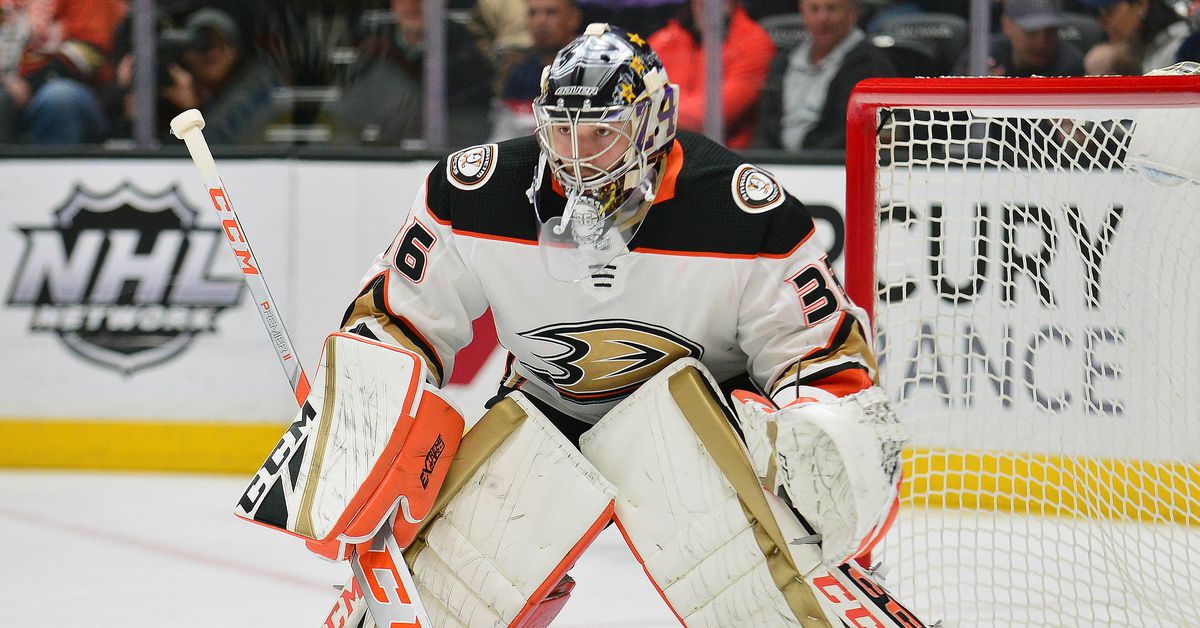 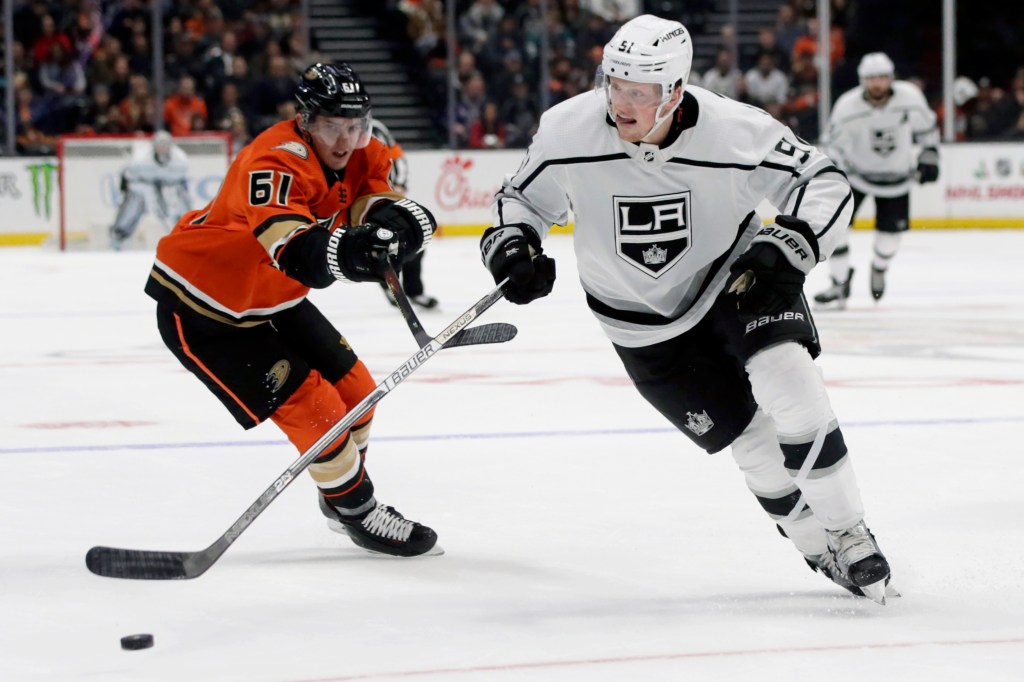