In January, the Green Bay Packers made quite the heady decision by choosing former linebacker Kevin Greene as the newly appointed Outside Linebackers coach for the upcoming season. Dom Capers needs intensity to bring along with his famous 3-4 defensive scheme, and Greene fits the mold to perfection.

Greene's name hasn't been mentioned anywhere among NFL chatter in recent years, but his resume as a player speaks for itself: five-time Pro Bowler, three-time First Team All Pro selection, and a member of the NFL 1990s All-Decade Team.  He's also third all-time in sacks behind Reggie White and Bruce Smith. Kind of makes you wonder why Greene hasn't been mentioned as a coaching candidate until now.

I must confess, when I heard that the Packers had tapped Greene as the new linebackers coach, I was ecstatic.  Not because of his solid 15-year career, or my memories of the Pack Attack romping all over Greene's Carolina Panthers in the 1996 NFC Championship game.

No my friends, the only thing that crossed my mind was Kevin Greene: World Championship Wrestling alumni.

As far as I'm concerned, you have to be a wee bit crazy to want to wrestle professionally. And the fact that Greene was somehow able to do this while playing football is even crazier (note; teams inserted a "no wrestling" clause into Greene's contracts following his endeavor).

But that's exactly what the Packers' defense needs, a little bit of craziness. Our traditional 4-3 scheme was tired and predictable, and the implosion of the defense last year was clearly what kept us out of the playoffs.  The Packers have solid linebackers and now it's up to Greene to bring out their wild side.

There should be fierce competition with rookie Clay Matthews Jr and Brady Poppinga battling for a starting spot, and the return of Nick Barnett from injury last season is crucial to our success. Combine that with former defensive end Aaron Kampman making the switch to outside linebacker and the continued growth of A.J. Hawk, and the Packers could have arguably the fiercest linebacking corps in the NFC.

It's all up to Mike McCarthy and Dom Capers to make it click, but I'm certain that the linebackers will appreciate Greene's intensity and passion. In my opinion, the entire Packers D could use a little pro wrestling-inspired motivation to remind them of what it takes to guide a team to the Superbowl.

So ring the damn bell ref, and let's get it on!

Rodgers: ‘I Don’t Know What the Future Holds’

Rodgers: ‘I Don’t Know What the Future Holds’

Rodgers Responds to LaFleur's Comments on QB's Future with Packers 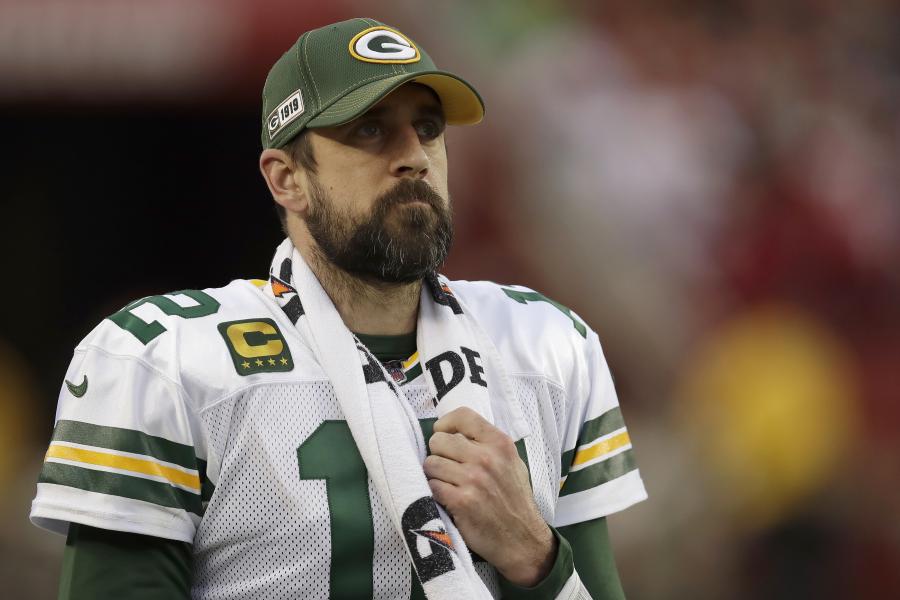 Rodgers Responds to LaFleur's Comments on QB's Future with Packers