The 1996 Jacksonville Jaguars are far from the greatest team of all time.

They aren’t even the best team in franchise history.

So why is this team my favorite? Because no other team has ever galvanized the city of Jacksonville like this one did.

The 1996 Jacksonville Jaguars weren’t expected to do a lot that season, and it showed early on. After an opening day beating of the then-division rival Pittsburgh Steelers, the Jaguars promptly lost their next three games and six of eight overall.

They hardly looked like a playoff team when they limped into the bye week at 3-6.

Now, in the previous season, the Jaguars were an expansion team and had finished with a 4-12 record, respectable as far as expansion teams go, but not good enough for the city of Jacksonville.

Jacksonville has always been a football city. The Florida-Georgia game, the Gator Bowl, the World Football League and the USFL have called Jacksonville home at one point or another since 1915. The people of Jacksonville crave football, and they crave winners even more.

So, after the bye week, and a win against Baltimore; the Jaguars headed to Pittsburgh for another matchup with the Steelers. Pittsburgh had been embarrassed in Week One, and they returned the favor in a big way. The Jaguars managed only three points on the day to go along with four turnovers, and Mark Brunell was sacked five times.

The Pittsburgh game proved to be a turning point for the team. They started believing in each other as a team, and the team started winning. They beat Baltimore for the second time in three weeks, followed by wins over Cincinnati and Houston (both of which had beaten Jacksonville earlier in the year).

The Jaguars then beat Seattle on a Sunday night game, and all that stood between them and the playoffs were the 3-12 Atlanta Falcons. The vibe around town was that there was no way that Atlanta was going to keep the Jaguars out of the playoffs.

It looked that way for most of the afternoon, as the Jaguars held the lead the entire game. Craig ‘Ironhead’ Heyward pulled the Falcons to within two, and the Falcons had a chance to win once Morten Anderson came on to the field to try a 30-yard field goal.

With the entire city holding its breath, Anderson slipped a little on the field goal attempt, pushing the ball just left of the upright and pushed the Jaguars into the playoffs. To say there was pandemonium would be an understatement. Big Cat fever had sunk its claws into Jacksonville for good.

As the No. 5 seed in the AFC playoffs, the Jaguars weren’t going to have a home playoff game; and they drew the Buffalo Bills in the first round. It was the Bills’ aging dynasty against the expansion upstarts. No one outside of Jacksonville gave them much of a chance.

Bills running back Thurman Thomas claimed he didn’t know of anyone who actually played for the Jaguars.

One advantage for Jacksonville though, was that over the last three weeks of the regular season, the Jaguars' running game had gotten better. The big offensive line began to jell and running back Natrone Means began to run like he did when he led the Chargers to Super Bowl XXIX.

This would prove faithful, as the Jaguars became the first visiting team to win a playoff game in Buffalo. Natrone Means carried the Jaguars on his back with 175 yards on the ground, and kicker Mike Hollis provided the winning margin with a field goal with around three minutes left on the clock.

Jacksonville went ballistic. Five-thousand people flooded Jacksonville International Airport to welcome the Jaguars home. There were so many people at the airport that the local news had to break into programming to tell people to stay at home and not to come to the airport unless you had a flight to catch.

Much like the Buffalo game, no one outside of Jacksonville gave the Jaguars a chance the next week, when they were matched up with the Denver Broncos. The Broncos had finally put together all of the pieces they lacked in previous Super Bowl runs, and were thought to end the Cinderella run the Jaguars had put together.

Then, to make matters worse, Denver Post columnist Woody Paige further intensified things in his game day column with these words of wisdom, among others:

‘How do you get worked up to play somebody called Jacksonville with a bunch of nobodies?’

‘Jacksonville? Is that a semi-pro team or a theme park? Isn't Jacksonville the only Florida city without a beach?’

‘Who do these upstart Jaguars think they are, anyway, coming to Mile High Stadium, where the Broncos haven't lost this season and only once ever in the playoffs? They must think they belong here, but they will learn.’

And he ended his rant with this one:

Can we get a legitimate NFL team in here next Sunday?

Well, it turned out for Denver that they wouldn’t get any NFL team in there the following Sunday, because Jacksonville went into Denver and came away with a 30-27 win. A second playoff win in as many tries.

Jacksonville was one game away from the Super Bowl, and the fans wanted to celebrate. 40,000 fans to be exact. At 1:30 in the morning. At the stadium. The team had its charter plane fly over the stadium so the players could see the fans filling up half of Alltel Stadium, and the team was brought back to the stadium directly from the airport.

Jacksonville was at a fever pitch for the AFC Championship game. The city was fully behind the Jaguars, and it showed. Everywhere you went, there was teal. The city and team combined to do a smart thing, and they opened Alltel Stadium so that fans could watch the game from the inside the stadium.

The Jaguars put up a valiant effort that day, but it just wasn’t meant to be. They trailed the entire day in a hard fought football game. New England pulled away late on an Otis Smith fumble return for a touchdown, and they went to the Super Bowl.

Undeterred by the outcome, the 1996 Jacksonville Jaguars team put themselves on the NFL map. They served as the detonation point for a solid, if not spectacular run through the rest of the decade.

The Jaguars were finally Jacksonville’s team.

Will This Be the Year Tony Boselli Is Inducted into the HOF? 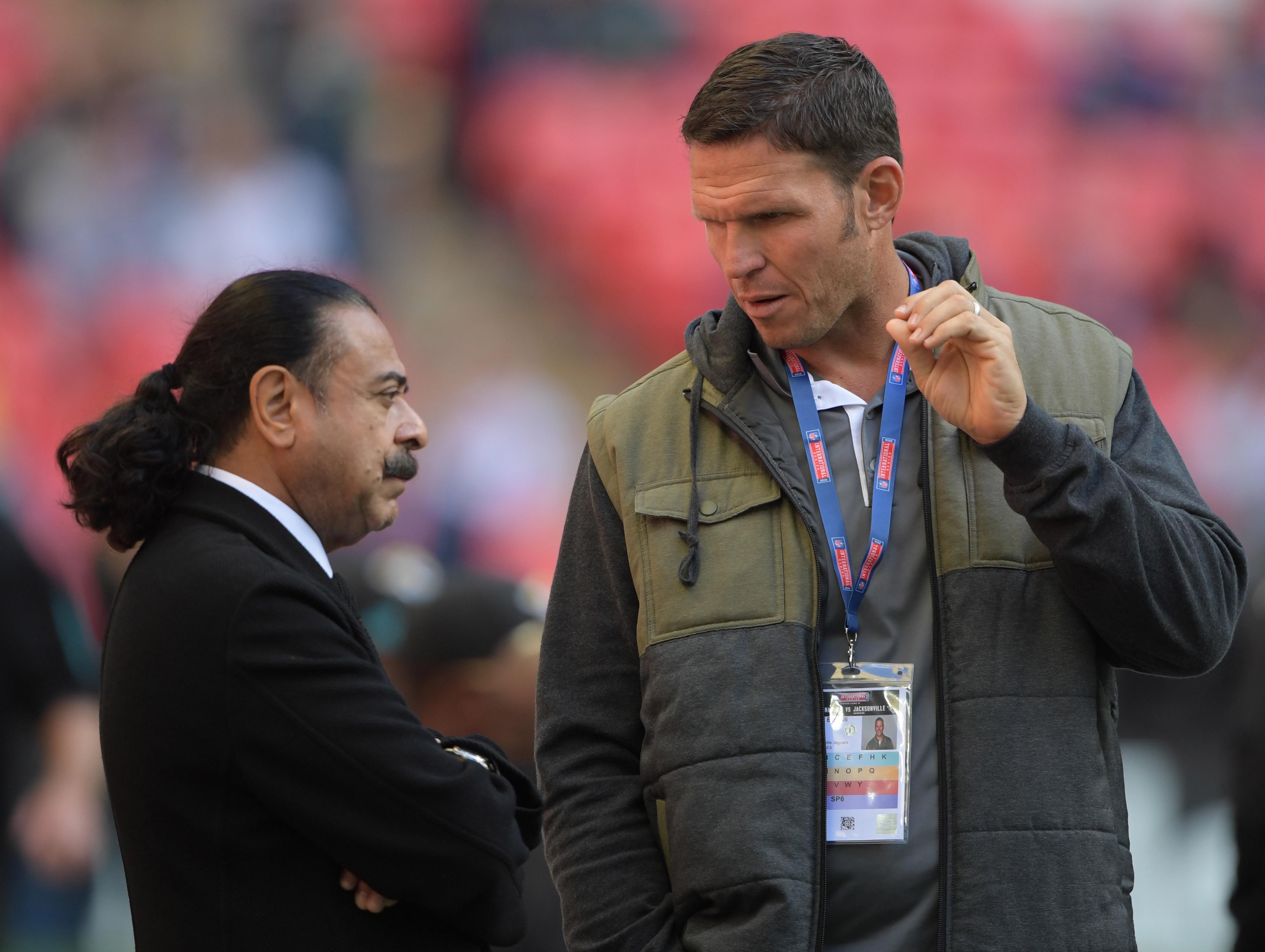 Will This Be the Year Tony Boselli Is Inducted into the HOF?