The rise of the left-footed footballer has never been greater until recent times.

Taking an overall glance at some of World Football's most intelligent and skillful players, it's hardly surprising that the majority are left-footed or equally capable with their left foot.

Players such as Lionel Messi, Gareth Bale, Juan Mata and David Silva are all left-footed, and have all experienced a meteoric rise to the top of their game.

So what is it about "lefties" which make them such a dangerous weapon in football? Perhaps, due to their rarity, they are trained specifically to utilise their strengths by simply using only their left boot.

Or, it could be that with a shortage of left-footed footballers, they are integrated onto the left-hand side of the football field.

Some of the best crossers of the ball are left-footed, with Aleksandar Kolarov and Leighton Baines just two of many in the Premier League. Is there an answer as to why?

Whichever way you look at it, there is something special about them. Their unpredictability, the varying techniques and the unrivaled power; these are just some of the aspects of a left-footed footballer which continue to be a mystery.

And here, we go about trying to field a Chelsea XI filled with only players who predominantly use their left foot.

The Czech Republic goalkeeper has been a constant feature in Chelsea's success in the 21st century since joining from Rennes in 2004. After an impressive showing at Euro 2004, Claudio Ranieri, in one of his last acts as Chelsea manager, identified the young 'keeper as a long-term replacement for Carlo Cudicini.

And since then, Cech has never looked back. Becoming one of the world's most consistent men between the sticks, the 29-year-old is renowned for his superb shot-stopping ability as well as commanding presence in the area. Mainly a left-footed player, Cech is able to launch the ball far up field with a strong kick, but like many goalkeepers, has trained his right foot to deal with difficult passes.

After several loan spells out to lower league clubs, Ryan Bertrand was finally given the opportunity to impress under Roberto Di Matteo. With Patrick van Aanholt out on loan, Bertrand was the only cover for Ashley Cole, and as the England full-back struggled for fitness, it was up to the former Gillingham loanee to step in.

A very capable left-back, he can also operate as a left-winger, which is where he was famously deployed against Bayern Munich in the Champions League final. Although his Chelsea run has only really just begun, he is 23 years old and will be pushing his England teammate for a regular spot under Jose Mourinho after some solid performances last season, and will be hoping for more opportunities in the 2013-14 campaign.

One of the most promising players among Chelsea's ranks at present, Nathan Ake, is creating quite a fuss at Stamford Bridge. Almost reminiscent of former star Ruud Gullit with his elegant style of play, he is a calm and collected player who can be used either as a centre-back or holding midfielder.

A member of Holland's Under-19 squad, Ake played in both roles as he made his debut under Rafa Benitez last season, and the signs of his potential were very positive indeed. At just 18 years old, he's not quite ready for regular team action, but a loan spell combined with some glimpses of first team football at Chelsea will enhance his development.

Although technically not a left-footer, the very fact that John Terry trained up his weaker foot to be equally proficient on both feet shows just what kind of person he is. A player always chasing perfection, it's fair to say Terry almost experienced that in the 2004-05 season, when he captained Chelsea to stunning Premier League title triumph.

A real force in the air, the academy graduate rarely puts a foot wrong and seems to time the majority of his challenges to perfection. The former England international is always willing to put his body on the line for the team and is still regarded as a key figure in the Chelsea team.

Although Terry had a period out of the side last season, Mourinho will be praying the 32-year-old is ready to return to top form and help the Blues add more titles to their bulging collection.

A player signed by Mourinho back in 2006 in controversial circumstances, Ashley Cole is regarded as one of the best ever left-backs to grace the game. With 102 caps for England and over 300 for the club, the ex-Arsenal man has shown time and time again how footballers can defy their age and still produce some of the best football of their careers.

Like his teammate Terry, Cole is 32 and while his career is reaching the final years, he would say he is far from finished. Still possessing the ability to burst forward and also track back, Cole is yet to lose his extra yard of pace. It's fair to say when he does, he may not be the same player. But the club's decision to hand him a new one-year deal this summer shows just how much Chelsea value having him at the club.

Kevin De Bruyne has been a Chelsea player for 18 months now, but strangely enough, is yet to make a competitive appearance for the club yet despite costing £7 million from Genk. After loan spells to his former club and Bundesliga outfit Werder Bremen, the Belgium international is staying at Stamford Bridge with the hope of gaining some playing time.

Voted the Bundesliga Young Player of the Season while at the Weserstadion, De Bruyne can play anywhere in the attacking positions, although with the German side, he was stationed in the middle. At Chelsea, he is more likely to be utilised as a winger, and with his able left foot, he will be a useful option for Mourinho.

Many people say that the 2013-14 campaign is the final chance for Josh McEachran to show why he deserves to stay at Chelsea. But it's a little harsh on the 20-year-old given that he's...well, 20 years old.

The problem is that McEachran burst onto the stage at a young age, and since then, has not been given enough playing time to develop his obvious potential. A frustrating loan spell at Swansea was followed by an improved period at Middlesbrough, where he won the Young Player of the Year award.

With superb vision and the ability to slice open defences with his passes, there's no doubt that he can add to his tally of 22 appearances for the Blues. Many Chelsea fans want him to succeed due to the fact he has been sourced from their academy, and there's still a lot of time to do that.

Andre Villas-Boas' spell at the club may have been short-lived, but one of his best decisions as Chelsea boss was to request the signing of Juan Mata from Valencia. A £26 million deal, followed by two incredible seasons, has seen the Spaniard regarded as the West London outfit's best player.

The 25-year-old has it all in the creative sense: vision, execution and work rate, while also chipping in with 20 goals last season. The nearest thing Chelsea have had to Gianfranco Zola since the Italian maestro left in 2003, Mata is the main playmaker at Stamford Bridge, and has a deadly left foot. In fact, he rarely uses his right, and while many criticise his lack of desire to improve it, why would you want to alter the way he dominates games?

Like many of his teammates, Eden Hazard is a player who can use both feet. A winger, who can also operate as a advanced playmaker, he moved to Stamford Bridge from Lille last summer for a fee of £32 million after winning the Ligue 1 Player of the Year award.

His style very much centres around high tempo play, running at the opposition with pace and direction, using his incredible agility to dance around defenders. He enjoyed an impressive start to his Chelsea career, scoring 13 goals along with 25 assists in all competitions. And there are no doubts that Hazard can flourish under Mourinho next season from the left wing, as the Blues look for their third title under the Portuguese.

Despite his age, and lack of appearances in a Chelsea shirt, Romelu Lukaku is being hailed as the man who can finally fill Didier Drogba's boots a year after the Ivorian left. And there's perfect reason to as well, for the young Belgian was in stunning form for loan club West Brom last season.

He scored 17 league goals, most of which came from his powerful left boot, including a magnificent hat-trick against Manchester United. And after seemingly ruling out another loan move due to his sensational form, Lukaku is ready to fire on all cylinders for the Blues next season.

One of the Blues' newest recruits, the signing of Andre Schurrle has only reinforced the idea that Chelsea 's new policy is to snap up the best youth around and turn them into world stars. The Germany forward can use either foot and is versatile in the sense that he can play from either wing or as a second striker.

He scored 14 goals last season as Bayer Leverkusen secured Champions League football and his performances convinced Chelsea to make the £18 million deal happen. A fast, energetic and professional forward, Schurrle can offer many plus points to the Blues' campaign next season as they challenge on all fronts. 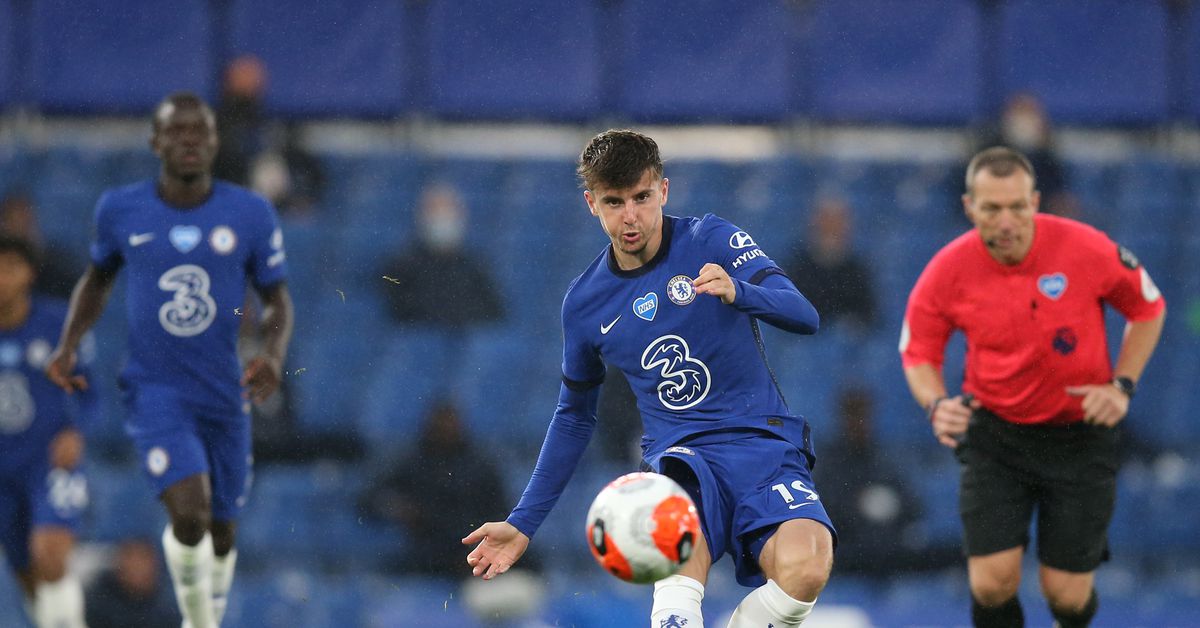 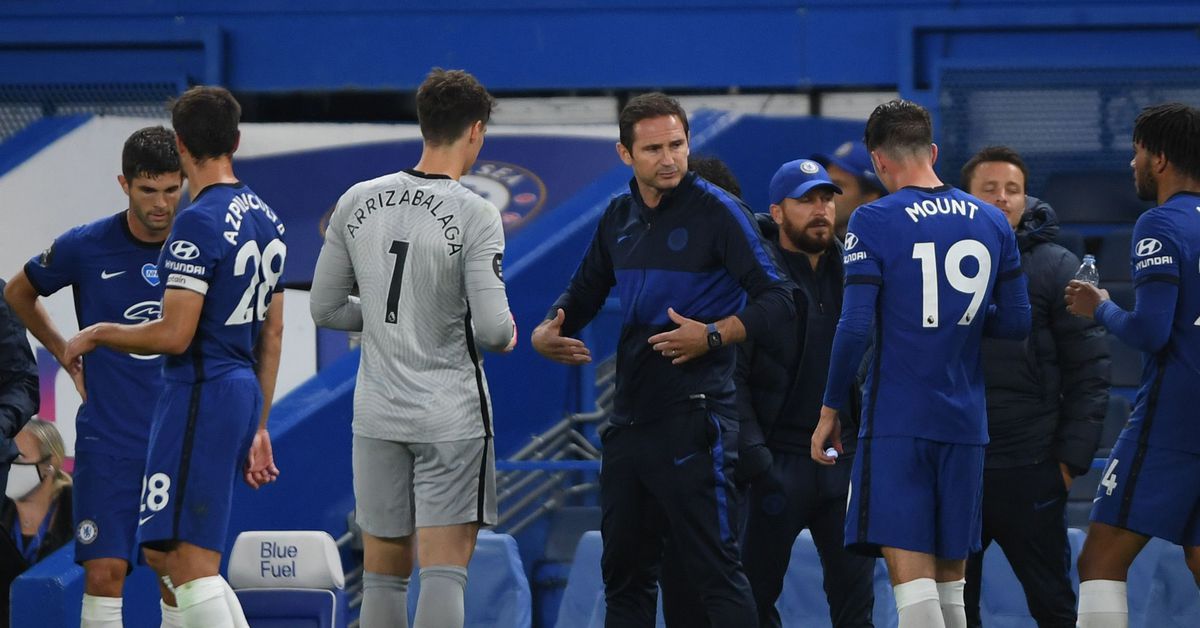 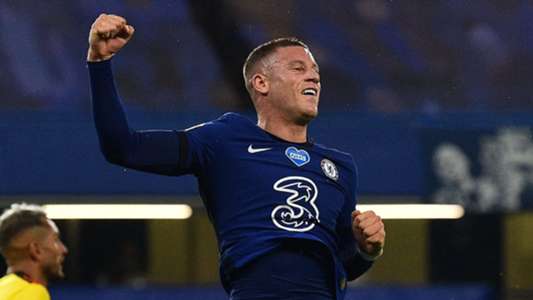