Removing Phil Savage from the Browns will have long term consequences on the talent level of the team in the near future. His success in Baltimore’s recent drafts is virtually unparalleled, and in Cleveland, he was almost just as good.

One way to judge a good GM’s drafting abilities is whether or not he gets the value out the players based on what round they’re selected in. That fact is most crucial in the top five picks in the draft.

A mistake there can set a team back years because of the enormous pay check these players receive.  If they’re not in the top 10-15 in their respective positions, it’s likely that they’re overpaid, dramatically. Further, if multiple mistakes are made, it can take five years to recover (e.g. Couch, Warren, and Courtney Brown).

In reviewing Savage’s history with this two top three picks, he’s done a remarkable job. If the players simply started, it would be an ok job. However, getting two all pros, means that he nailed these picks.

Surely, Edwards hasn’t had a great year, and it took a year and half for him to mature and become a force, but I’m pretty sure he’s in the top 15-20 receivers in the league. Making this pick even more important, was looking at the other potential WR that he could have drafted:

Troy Williamson, Mike Williams (both are more or less out of the league)

Granted, in retrospect, DeMarcus Ware and or Shawn Merriman would have been better picks in the long run. However, both of those guys had a much higher “bust” factor, based on being from small schools (Ware from Troy) or limited exposure to playing against top talent (Merriman – Maryland).

Again, Savage made the perfect selection with Joe Thomas.  There was talk of him trading up for JaMarcus (thank god he didn’t), but he stood pat, and drafted one of the best left tackles in the league.

He certainly had the option of trading down, and potentially getting Levi Brown who ended up in Arizona a couple of picks later.  But he drafted the highest rated, need player on the board.

The next area to look at is the middle of the first round. In this area, the players you pick must be regular starters, anything better is a bonus. Wimbley certainly fits that role, and it looks like Quinn will as well.

If you recall, Savage did trade down and pass on Ngata and Broderick Bunkley, both of which would have filled the gap at DT.

However, recall that Savage had signed Ted Washington (certainly not an all pro, but someone who turned out to be better than Bunkley), only after he wasn’t able to land Maake Kemoeato  (eventually signed by the Panthers).

Simultaneously, he was trying to fill the OLB position that Wimbley was drafted to play by going after Kalimba Edwards (re-signed by DET and cut three years later, now a backup DE on Oakland).

Thus, with Washington on the roster, and Wimbley available, it was a need pick.

Keep in mind, Wimbley did have 10 sacks his first year. Further, if you look back at this draft, you’ll notice that three of the Browns' first four picks were linebackers (Wimbley, D’Qwell, Leon Williams). Thus, emphasizing the sad state of the team, that Butch Davis left for Savage.

Some argue, and I agree, that the most valuable picks in the draft (and thus why they’re traded most often) are the first five in the second round. Basically, teams get first  round talent at second round prices.

Savage again has done well here, trading up (using Davis’ reach at center, Jeff Faine, who proved he can’t block anyone over 280lbs), to get a starting LB, D’Qwell Jackson. Savage again hit the jackpot with Brodney Pool, who after a slow start, has come on to be an above average starter at free safety.

I think both of these players are close to playing at an All-Pro level.

However, you can be sure that Pool won’t make it there until Polamalu and Bob Sanders retire. Jackson also has a host of ILBs that are really good as well ahead of him in the AFC, keeping him from the pro-bowl any time soon..

Savage traded up to get Eric Wright late in the second round, which again, was a great move. Football outsiders has done incredible research showing that the No. 1 CB, QB, and LT are the three positions most often started by No. 1 draft picks taken in the top 15 selections. In one draft, Savage potentially filled all three of those holes.

The third round has been Savage’s only downfall, Charlie Frye, and Travis Wilson. One of whom never should have seen the field, and the other who barely did. However, it’s not like every team nails their third round picks, therefore, I don’t think putting him through the ringer for these picks is acceptable.

It’s also important to note that none of the other third  round WR stuck around in the league longer than two years, and the next QB taken after Frye was Kyle Orton a round later.

Orton’s definitely better than Frye, but living in Chicago, you’d be hard pressed to find a fan that thinks he’s the QB of their future.

Going into the fourth round, Savage has had both hits and misses, which is about what you can expect. Getting anything better than a role player is a success, and starters should be considered diamonds in the rough.

Leon Williams has met expectations, the jury is out on both fourth round  picks this year (as Crennel didn’t play either Rucker or Bell enough to get a look), as well as Isaac Sowells, who for some reason, can’t make it out of Crennel’s dog house.

The fact that Crennel didn’t play Bell or Rucker will drive the new GM crazy. Savage looked to at his team and realized that Winslow may need to be traded (because of contract demands) and Andra Davis was likely on his way out, with an average replacement, Leon Williams behind him.

Unfortunately, the new Kokinis has no idea if more picks need to be used to address these potential deficiencies because neither draftee played significantly this year.

In the fifth round, current starter McDonald leads the pack, and a couple of other CBs haven’t panned out as well. James Harrison is another role player, who, if he could block better, probably would be a steal.

Any starters, or even role players that are on the team drafted after the fifth round are success stories. So chalk up huge finds to this year’s seventh round pick, Alex Hall, FA find Joshua Cribbs, and a potential role player, and DL law firm member, Ahtya Rubin.

On the free-agent side, the biggest misses were a result of injuries, not overpaying for bad players. No one can fault Savage going after LeCharles Bentley, a perennial all pro center, nor signing Baxter, who had his best years ahead of him.

On a lesser level, Antwan Peek’s injuries have also been a detriment to the team. Looking back, the Browns wouldn’t have had to draft Eric Wright when they did if Baxter weren’t hurt, nor spend additional money signing Rex Hadnot in this offseason (another success, especially with his small cap number).

Peak is obviously missed due to McGinnest age, and lack of ability. Jurevicius also played well in his one season, before an injury cut his playing time short.

The jury is still out on Donte Stallworth, who of all the free agents acquired, had the longest injury history, which Savage should have accounted for.

Other great finds include one of the best second level blocking guards in the league, Eric Steinbach, and Hank Fraley.  Certainly, Fraley has issues at the goal line, however, he makes great line calls, and is at least average in pass protection as well.

Compounding this incredible signing was the fact that he was the sixth center the Browns went through that off-season.

Obviously, nobody can argue with the talent Savage saw that others didn’t in signing a previously believed washed up Jamal Lewis.

Also, say what you will about DA, but it’s was possible that the Browns could have gotten a No. 1 for him last year, and I’ll argue to the death that his poor performance was due to three factors not related to his talent: 1) top tier opposition, 2) Offensive line injuries, 3) WR injuries/ which includes Brayon’s ankle.

The Smiths’, Shaun and Robaire, have been adequate players on the DL. However, I think more draft picks will need to be spent addressing this position.   However, other positions had a higher priority, and getting a sure starter is for a lot of money is better than a question mark, especially when you have cap room.

Unfortunately, none of his late round fliers, Purcell, Oshinwo, or Rubin has panned out to be regular starters.

Free agent misses have been few and far between.  Ted Washington wasn’t a star, but he filled a gap, pun intended, that couldn’t be addressed immediately.  Same can be said for McGinnest.

In both of these scenarios, Savage realized he was getting players on their way down, but could provide some veteran leadership to an otherwise young team. The biggest miss, Shaffer, has really hurt the team as it forced the drafting of Thomas (not a bad thing in the long run), and cost close to $5 million a year.

However, I think this is a situation not to dissimilar to the Browns acquiring Corey Williams. If you have cap room, you try and get the best player out there at a need position, even if you have to overpay him.

Very few players for player trades have been made. No one can doubt that Shaun Rogers has played better than anyone expected. While Albert Haynesworth has gotten a lot of press for being the best DT in the league, I don’t think Rogers is too far behind.

While Bodden is sorely missed (especially with the injury to Daven Holly), even he and the eventual third round  pick Detroit used on DT Andre Fluellen, who’s made 10 tackles on the year), can’t make up for Rogers play. In fact, in the two games I’ve seen Bodden play, he’s been terrible. Keep in mind, Detroit gave him shut down corner money to sign him.

Corey Williams hasn’t been as good as the team had hoped, but then again, 3-4 DL are supposed to eat up blocks, and he’s done a good, not great job in that regard.

However, he hasn’t been the pass rush threat the Browns were hoping for. The shoulder injury is probably the reason for this sub-par play. Also, the significant drop off in GB run defense seems to lead to the belief that he was sorely missed. Green Bay used the second  round pick on Brian Brohm.

Of the three DL drafted in the second round, only one Jason Jones (TEN) played regularly. Although, separating his success from playing next  to Haynesworth is difficult.

In summary, keep in mind one fact, only three starters remain from the Browns prior to Savage taking over as GM, Sean Jones, Kellen Winslow and long snapper Ryan Pontriband. And now two of them are gone meaning, Savage has added on average five starters a year in his tenure.

That’s an incredibly large ask for any GM. Given two or three more years, Savage would have finally see the fruits of all of his labor come together. In just four years of managing a team, Savage will have selected or acquired seven all pro players:

And three potential all pro players:

It will be very tough for any GM to match that performance.

'Moving in Silence' Is the Best Approach for Browns 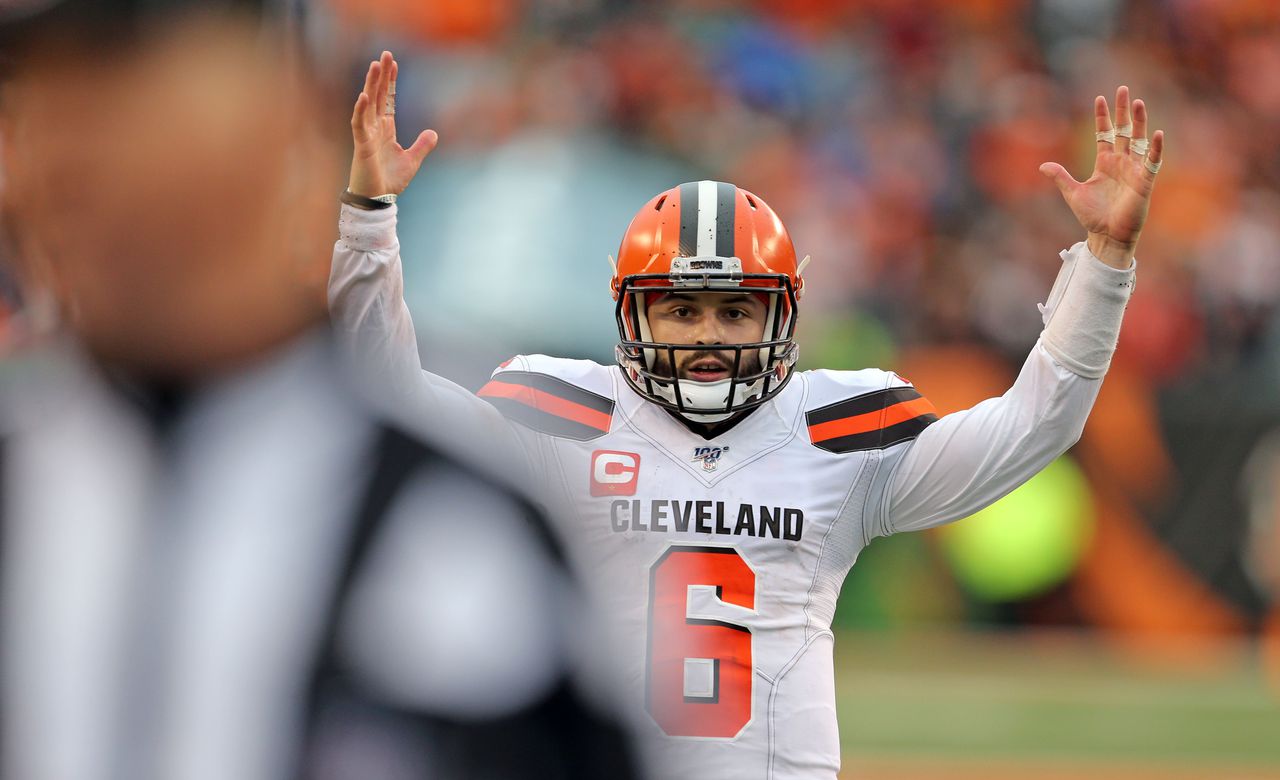 'Moving in Silence' Is the Best Approach for Browns