Kyle Van Noy has recently been in the news for being named to the Lombardi Award and the Bronko Nagurski Trophy watch lists. With all of the sudden press attention, questions have emerged as to whether he is really as good as he sounds. More specifically, is he worthy of being considered one of BYU's all-time top 25 football players?

The answer is a simple and resounding yes.

As a sophomore, he did things some seniors could only dream of. He led the Cougar defense to a number thirteen overall national ranking, while recording 68 tackles and seven sacks. His well-roundedness, size and statistics are three reasons why he deserves that status.

Last season, Kyle Van Noy was the only FBS player to record a stat in each of the nine major defensive statistical categories (tackle, tackle for loss, sack, interception, pass breakup, quarterback hurry, fumble recovery, forced fumble, blocked kick). Along with those, he scored a touchdown and returned three interceptions for a total of 79 yards.

A wide receiver in high school, Van Noy has the skills of an offensive player and the aggressiveness of a defensive. Add the speed he has (an all-league performer in track throughout high school), and you get an incredibly well-rounded player.

Kyle Van Noy has an NFL-sized body, standing at 6'3" and weighing 235 pounds. In comparison, former Cougar and current NFL linebacker Bryan Kehl is 6'2" and 236. According to Scout.com, Van Noy could bench 255 pounds and could squat 350 during his senior season in high school.

Bryan Kehl, as a sophomore, had thirty tackles, one tackle for loss, forced one fumble and had zero interceptions.

Van Noy either reached his prime much earlier in his college career, or is simply a better player. Even compared to some of the great linebackers in BYU's history, his statistics, size and well-roundedness speak for themselves.

There is no doubt in my mind that Kyle Van Noy will eventually be an all-time top 25 Cougar.

Does BYU Football have the nation’s best tight end in senior Matt Bushman? 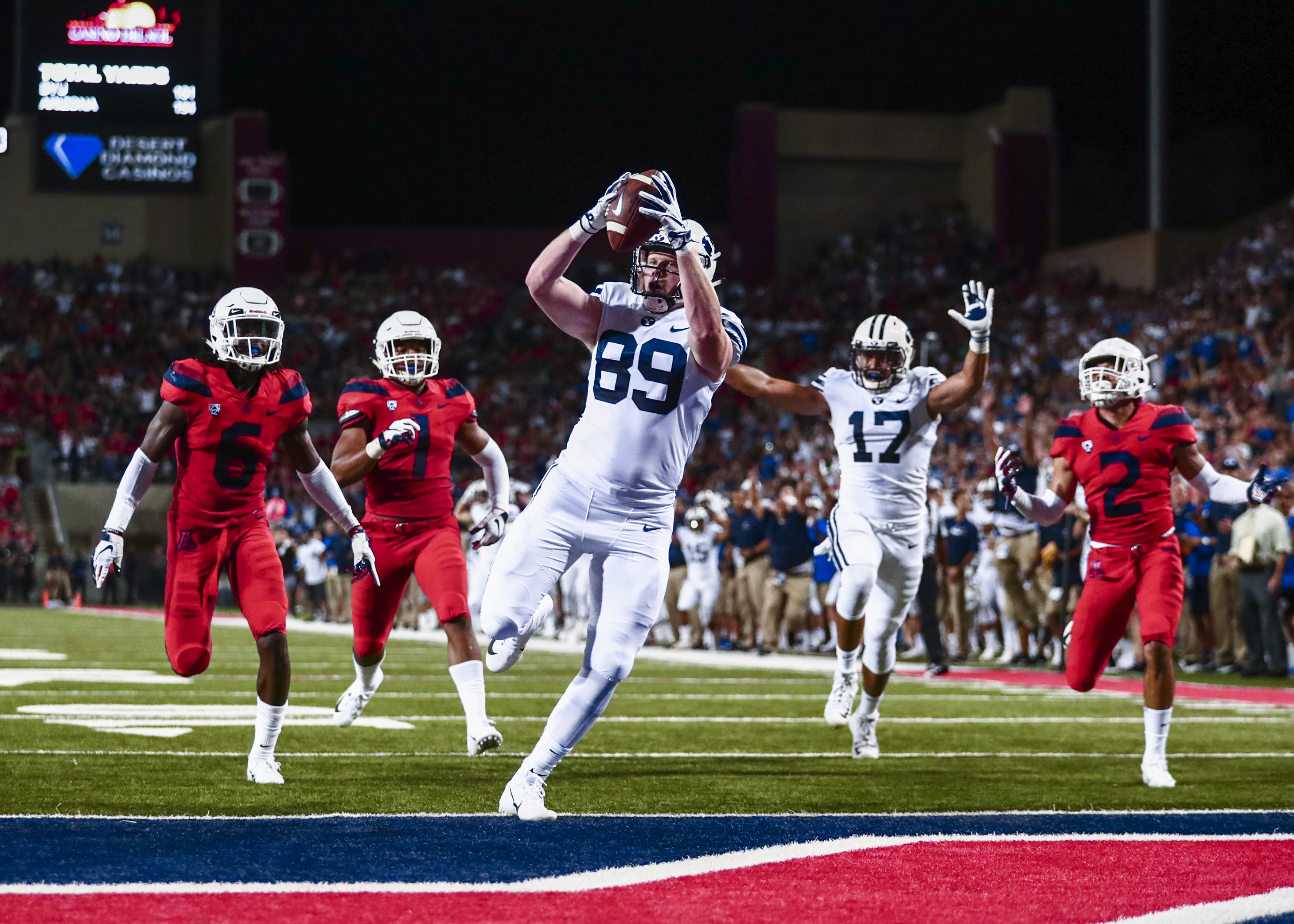 Does BYU Football have the nation’s best tight end in senior Matt Bushman?

Is interest in BYU football waning? Not so fast, my friend.

Is interest in BYU football waning? Not so fast, my friend.