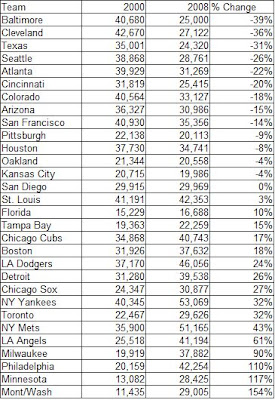 Not everyone agrees that baseball is broken. There are two main arguments from the those that think the business of baseball is just fine. The first claim these folks will make is "baseball attendance is up and better than ever".
The second argument is "What about the Rays last year, or the Rockies before that, or the A's earlier this decade?" There are many holes in each argument. Let's spend a few minutes on the attendance claim.

Attendance is not up everywhere. Washington had a new stadium last year and set a post-Camden record for lowest attendance. Baseball's record attendance is clearly driven in large part by new stadiums, which is temporary and cannot last. Only a few ballparks are left that can be replaced, and the Camden era stadiums will all be around for a long time.
The new New York parks will boost attendance there, but it was already healthy in New York. Oakland will get a new park, but they but a tarp over half their seats in the new park to reduce capacity. Minnesota has its park coming, and Florida will get one (if it doesn't move first).

It will be a while before we can see what attendance looks like without the benefit of new stadiums. In the meantime, I graphed recent attendance trends and will share those below. There are a lot of good stories to tell in attendance, which has led to the overall healthy numbers- but step away from the macro trends and look at regional patterns. 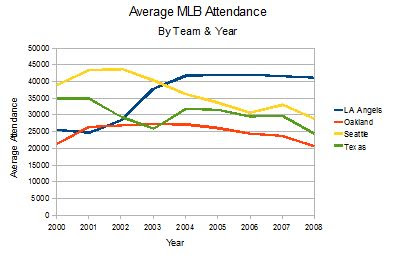 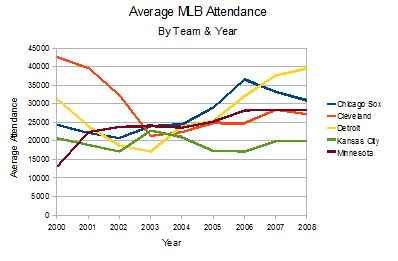 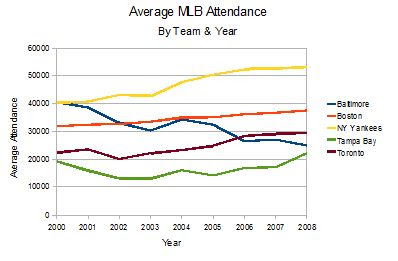 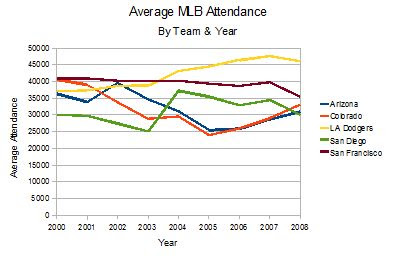 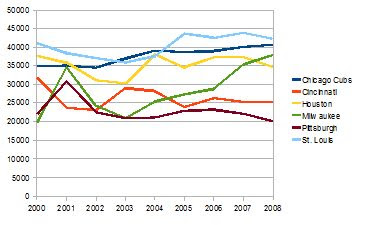 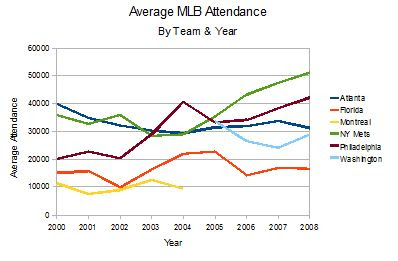 As you can see, some teams are on a disturbing trends. As the afterglow of new parks wear off, the economy gets worse, and the Yankees continue to outspend everyone, its likely that we are in an attendance bubble that will burst in the coming years, if it hasn't already.
(originally posted on my BanBaseball.com)