NASCAR Sprint Cup: Drivers Who Are the Biggest Busts Heading to Michigan 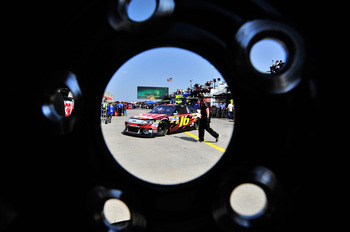 One fact certain with each NASCAR season is the surprises and disappointments that emerge with drivers and their performance.

There are but 12 shots left for the drivers in the elite series of NASCAR to make the Chase and contend for the series Championship.

The fans of the sport can rest assured they will see certain drivers fall to the bottom half of the point standings and secure their place there.

This season we are seeing the re-ignition of Dale Earnhardt Jr., yet Denny Hamlin who finished second to the five-time champion last year, has struggled to get traction in the points.

The usual suspects like Carl Edwards, Jimmie Johnson, Kevin Harvick and some others are hanging tough in the all-important top 10.

The drivers with expected strength each year tend to migrate up and down in the top 12 of points, sometimes dropping out briefly only to rally back.

Drivers like Greg Biffle, who should be a contender for the Chase, struggles for wins and dangles just beneath the prime spots in the standings including the wild card slots.

Heading to Michigan for the Heluva Good! Sour Cream Dips 400, we see some real shockers who have failed to perform as expected and should be ranked much higher in the points.

As the season plays out, it becomes more evident a driver will probably need two wins to make the wild card position of 11th and 12th in the points. They will also need to be 20th or higher in the standings.

Let's take a look at the surprising drivers who have probably blown it for the season with little chance of making the Chase even if they somehow find a win along the way. 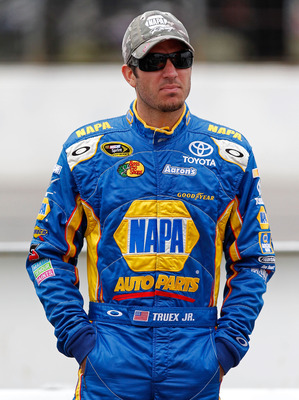 This Michael Waltrip Racing driver of the NAPA No. 56 Toyota had only two crew chiefs dating back to his time at DEI.

Now he has another new crew chief at MWR with Chad Johnston replacing Pat Tryson as his crew chief. The change was effective at Pocono.

Truex Jr. has had some strong runs with four top-10 finishes, but he is currently ranked 20th in the point standings.

The chemistry looked to be really good with Tryson and Truex, but something was just not working, thus a change was made. Two accidents also contributed to his current status with the points.

The driver of the No. 56 has to win some races with his new crew chief if he has any kind of chance to make the Chase, but his chance of winning two races looks a bit dim.

Results have not reflected the way this driver has performed at many tracks. It remains to be seen if they can turn this ship around.

Truex Jr. has an average finish of 16.5 at Michigan International Speedway with two top-five and three top-10 finishes. 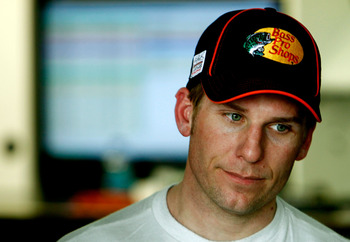 Despite those wins, he finished 14th in points and this year he is currently ranked 29th in the standings, 191 points out of the lead.

For whatever reason, McMurray has fallen flat this year with only two top-10 finishes in his No. 1 McDonalds/Bass Pro Shops Chevrolet.

McMurray can easily be counted out for the 2011 Chase even if he finds a win. Certainly the expectations for this driver during the current season were much higher than the results we see. 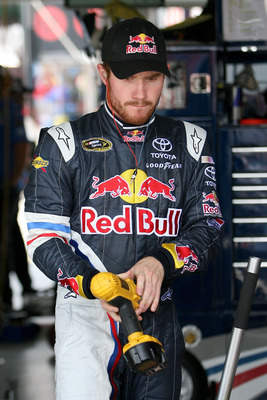 Brian Vickers faced serious medical problems that caused him to drop out of NASCAR racing during the 2010 season.

With his health thankfully strong once again, the Red Bull Racing driver returned this year looking as though he would be running well and expectations were high for some great finishes.

The driver of the No. 83 Toyota has had one top-five and four top-10 finishes which isn't too bad, but he is ranked 26th in the standings heading to Michigan.

It would be surprising to see him secure a win and he has a lot of ground to make up in the points. 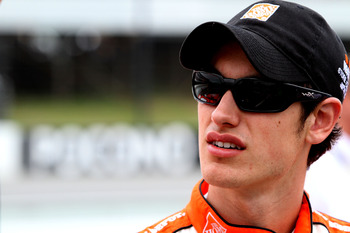 Many thought this would be the break-through season for young Joey Logano, the pilot of the No. 20 Home Depot Toyota.

After all, his teammates are Kyle Busch and Denny Hamlin at Joe Gibbs Racing and they should provide strong guidance for this driver.

This season, Logano has one top-five and two-top-10 finishes with a ranking of 23rd in the NASCAR Sprint Cup point standings.

It is unlikely Logano can get this season turned around in the 12 races remaining before the Chase.

The expectations for this driver to have banner year that includes wins may have to wait until the 2012 season. 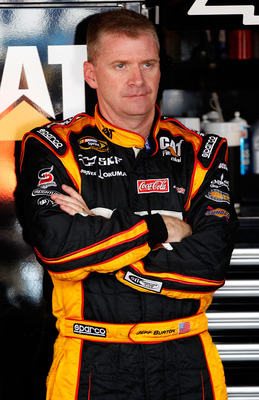 Jeff Burton is perhaps the biggest bust in the NASCAR Sprint Cup Series as the season stands at this point.

Despite having top quality resources at Richard Childress Racing, he is ranked 25th in points with zero wins and zero top-10 finishes.

The driver of the No. 31 Caterpillar Chevrolet is the worst performer of the four drivers at RCR. It appears Todd Berrier will remain his crew chief during the remaining season, with no signs of a shakeup.

Burton is usually a contender to run well and he has had some shining moments on the tracks this year, but his winless streak is currently at 91 races.

This veteran, well-respected driver would have to perform some magic if he is to dig his way out this points abyss he finds himself in.