Big East Expansion: Why the UCF Knights Should Be the Clear Cut Choice 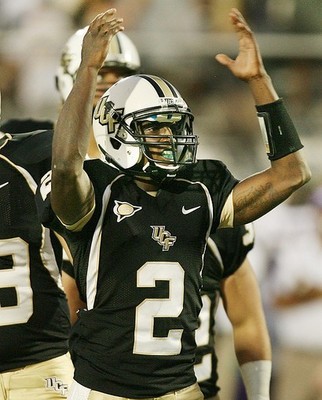 UCF is the second-largest populated school in the U.S.A. With more than 50,000 students, this school is up there with the likes of Ohio State, Arizona State, and Minnesota. The Knights took the Conference USA crown this year, posting a 11-3 record. Not only did they have an impressive regular season, they also had an impressive Liberty Bowl victory over SEC foe Georgia.

The Knights also play in the huge market of Orlando, which already has the Magic and a large downtown scene. Fan support has also continued to grow in the Orlando area, and the 2-year-old Bright House Networks Stadium is one of the newest in the country.

After a strong season, and with the Big East looking to add one extra team, it only seems logical for them to add UCF... Here's why. 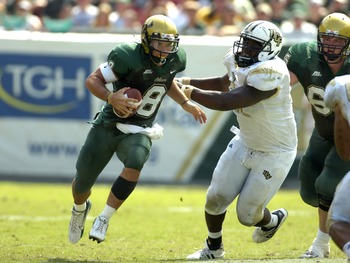 With the addition of UCF, the Big East would automatically create a huge in-state rivalry between UCF and USF.

The Bulls are located in Tampa and are about an hour and a half driving distance away from Orlando.

UCF and USF would give the Big East the two largest universities in Florida. This would match the ACC (Miami and FSU) and exceed the SEC (Florida), giving the Big East, over time, the opportunity to really attract recruits from the large Florida talent pool. 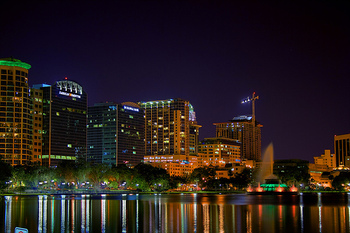 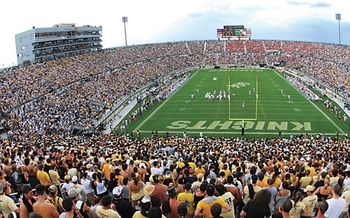 Bright House Networks Stadium was completed in 2007 and holds a crowd of 45,301. The largest attended game, however, came in 2009 when the Knights hosted the Hurricanes of Miami with an attendance of 48,453.

Expansion of the stadium is already in the works, and with a Big East Expansion, it will certainly happen. Their basketball arena is also new and elaborate, and holds 10,000 seats, including luxury boxes. The football team also has an indoor practice facility, with an academic center on the way. 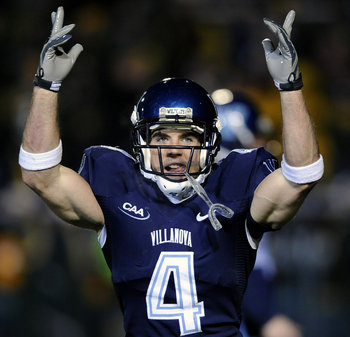 UCF has had some strong performances against BCS competition, including wins against Alabama (2000) and NC State (2007), coupled with two very close match-ups this year against NC State and Kansas State.

However, the main competition for a Big East spot is Villanova. The Wildcats already hold a spot in basketball and are pondering the idea to move from Division 1-AA to big time BCS football.

What is hurting the Wildcats right now is the 12,500-seat Villanova Stadium. It would be smaller than any other venue in the Bowl Subdivision and about 4,000 seats smaller than the Kiddie Dome, which is home of the Idaho Vandals.

To me, the solution is to get rid of DePaul to add room for the UCF basketball team. This is because DePaul only has a basketball team in the Big East and has not been competitive for quite some time. 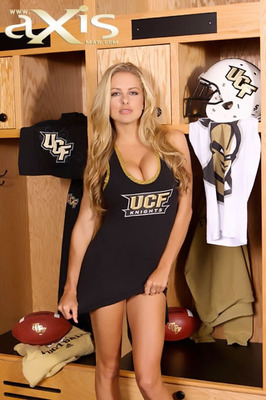 UCF is also known for its student body. This picture basically sums it up.