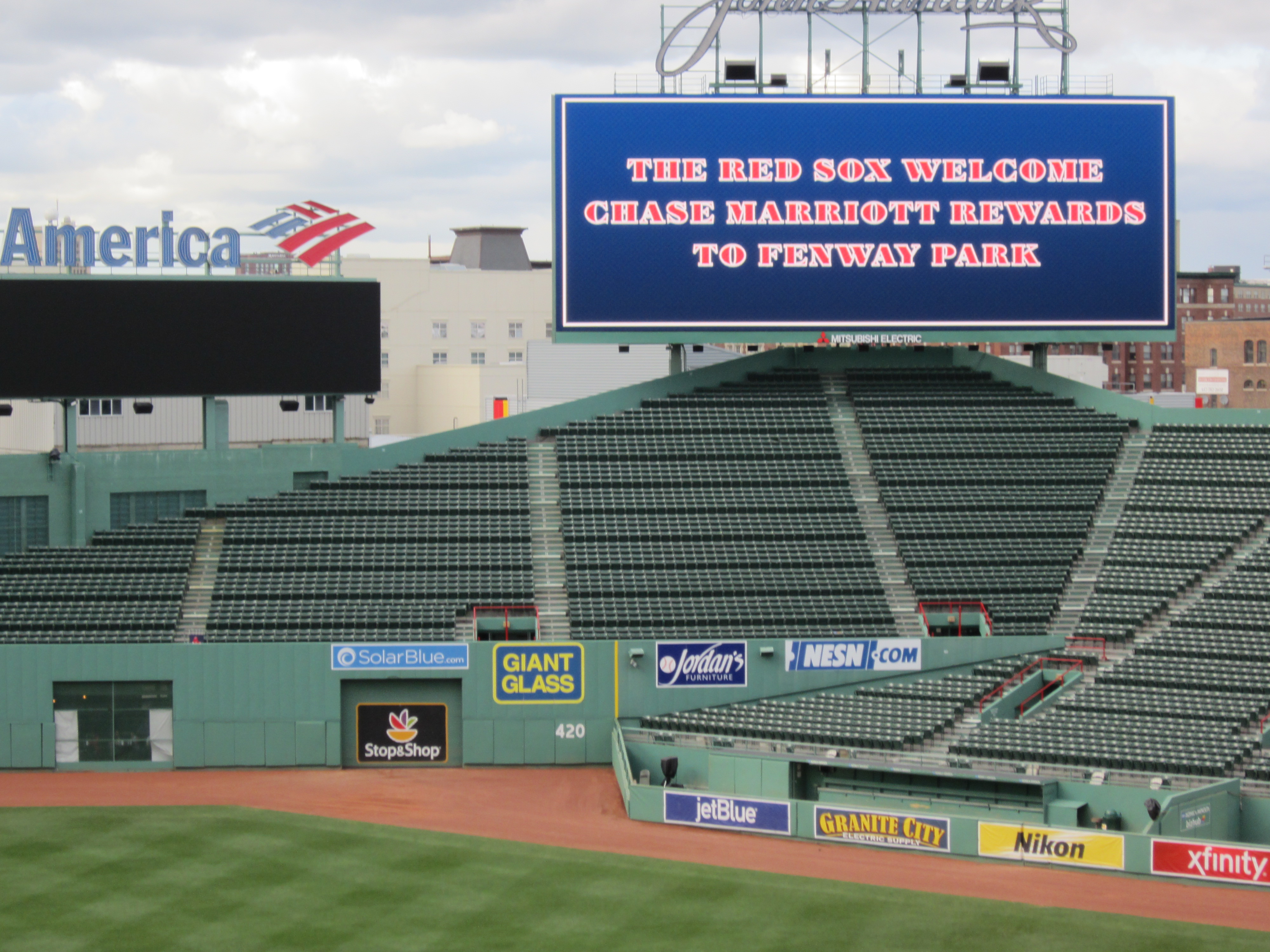 The Boston Red Sox are the most storied franchise in baseball, and Fenway Park is the country’s most beloved ballpark. But even after 110 seasons and thousands of games, there’s still quite a bit the average Red Sox fan doesn’t know about his/her favorite team.

Now, there are least 25 diehard Red Sox fans that can say they do.

That’s because Chase Marriott Rewards recently gave 25 lucky card members a once-in-a-lifetime opportunity featuring an exclusive tour of Fenway Park and a dinner with Red Sox legend Luis Tiant. Along the way these fans learned a piece of baseball history firsthand from some of those that lived it.

The Legend of the Ted Williams Seat 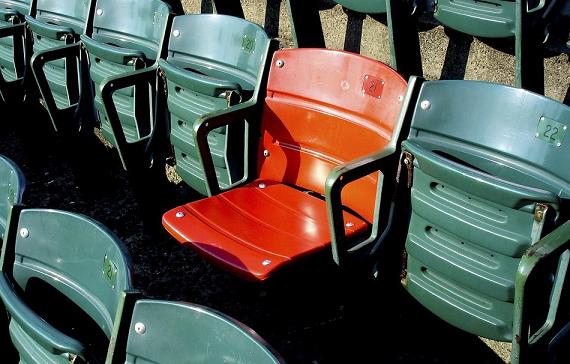 If you’ve ever been to Fenway Park you may have noticed a solitary red seat (Section 42, Row 37, Seat 21) in the bleachers. This is the place where Ted Williams hit a 502-foot home run on June 9, 1946, which is, to this date, still the longest home run in Fenway Park history.

But the legend goes a bit deeper.

Sitting in that seat that day was 56-year-old Joe Boucher, a construction worker from Albany, NY. Legend has it that Williams saw Boucher dozing off under his straw hat and decided to teach him a lesson by launching a ball into the right field bleachers.

The ball tore through Boucher’s hat and hit him in the head. Boucher joked that he was a Yankees fan (he was really a diehard Red Sox fan) and that he should take the home run as a sign from the baseball gods to never root against the Red Sox.

The headline in the Boston Globe the next day read: “Bullseye! Ted Williams Knocks Sense Into Yankees Fan.”

Why Was the Green Monster Built? 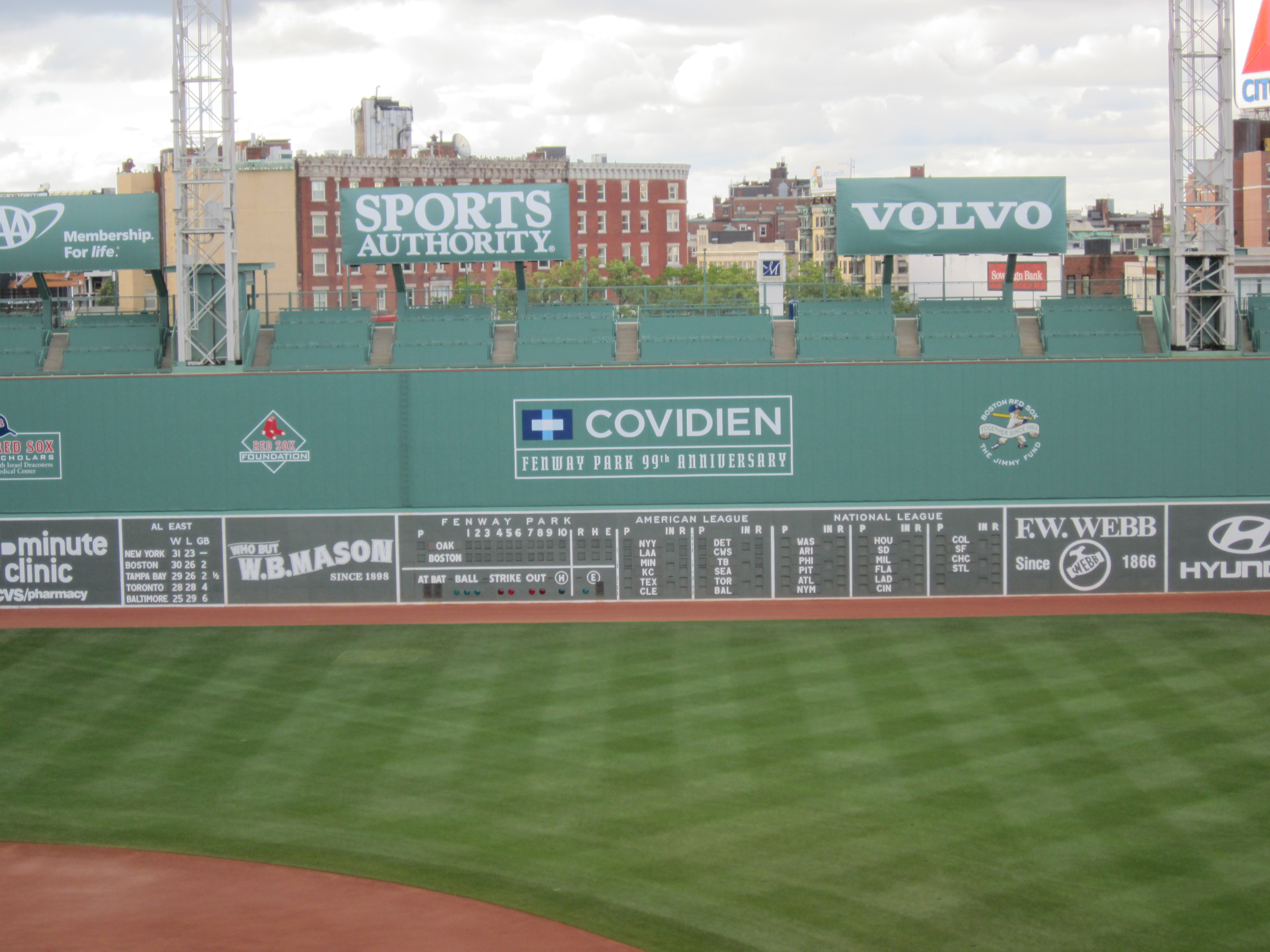 The Green Monster has been a part of Red Sox history as long as Fenway Park has, and it was introduced in 1914 alongside the rest of the ballpark.

However, why would the Red Sox even want a 37-foot wall in left field in the first place?

The answer, it seems, is to keep cheapskates from watching the game.

According to the legend, the Red Sox owner was walking down Landsdowne St. in downtown Boston when he noticed that all the restaurants and bars lined along the street had an unobstructed view of the ballpark.

Determined not to let anyone watch his Red Sox for free, Tom Yawkey ordered the construction of a wall tall enough to stop passersby from stealing a peak at the game.

Where Did the Green Monster Get Its Name? 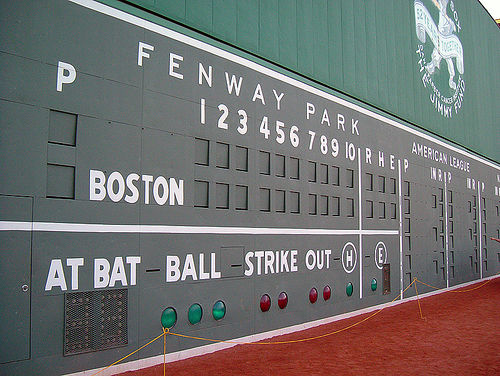 The “monster” part is fairly obvious. The left-field wall at Fenway Park is the highest in all of baseball at a record 37 feet. But why “green”?

The original Green Monster was actually covered in advertisements until 1947, when it received a nice coat of Fen Green that is now known as “Monster Green.”

A journalist later proclaimed it the “Green Monster,” replacing its previous designation as “The Wall.” Yeah, I like the new name too.

What’s Inside the Green Monster? 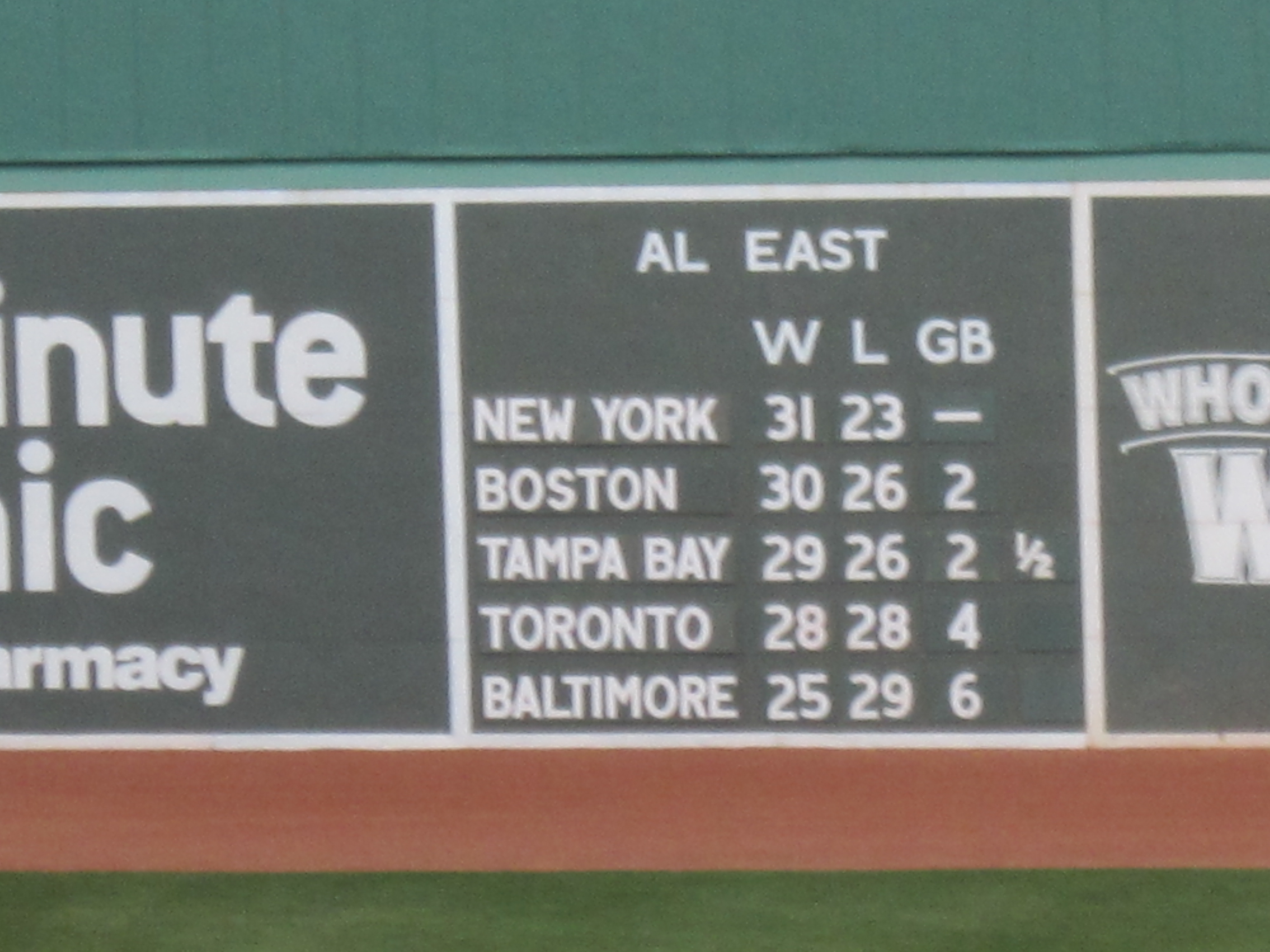 Besides a scorekeeper and several rather large rats, the Green Monster is home to hundreds of signatures from current and former baseball players.

It’s a long-standing tradition in major league baseball—and a sort of rite of passage—for opposing players to sign their names on the inside of the wall the first time they come to Fenway Park.

Maybe that’s what Manny Ramirez was doing in 2003 when he disappeared into the Green Monster in between innings.

The Yawkeys Live on in Morse Code 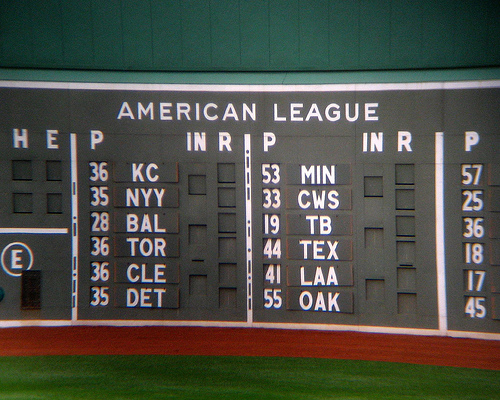 Thomas A. Yawkey and Jean R. Yawkey bought the Red Sox and Fenway Park in 1933 and revitalized a losing team. The Yawkey's held on to the team until 1992, but their names will live on forever within the ballpark.

The Yawkey's loved the Red Sox so much that they decided to inscribe their initials on the Green Monster. If you look at the vertical white stripe between the “E” and the “P” and the parallel one directly underneath the “N” in “American League” you’ll see a series of broken lines.

This is Morse code, and it spells out “TAY” and “JRY.” 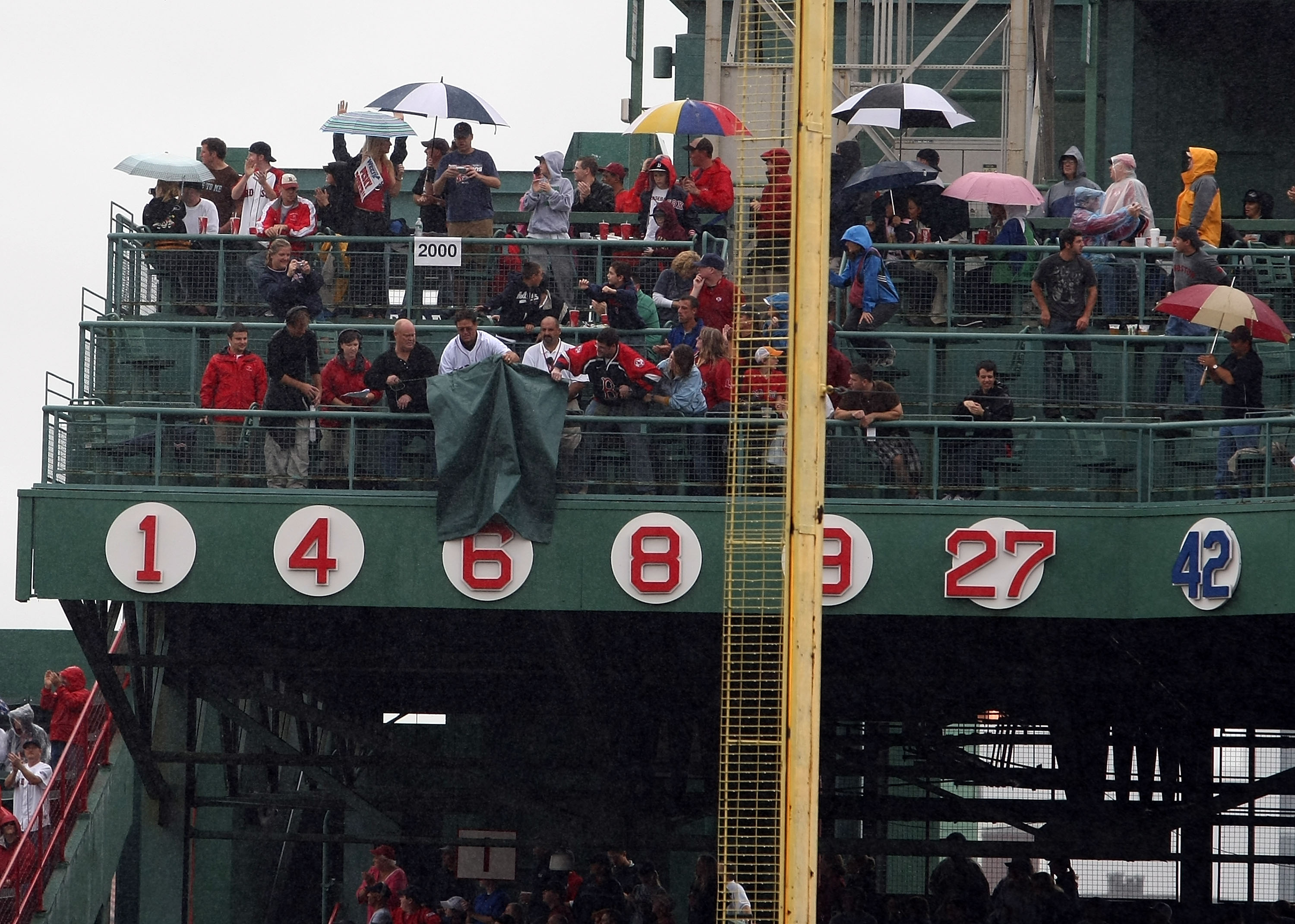 Most Red Sox fans know the story behind the Pesky Pole, the pole on the right field line that stands a measly 302 feet from home plate and is the shortest porch in all of baseball.

But how many fans know what the other foul pole is called?

The left field foul pole actually has a name too, and a pretty important one if you’ve been following the Red Sox since 1975.

The Fisk Pole is named for, of course, Carlton Fisk, who in Game 6 of the 1975 World Series hit a game-winning home run that miraculously stayed fair and ricocheted off the pole.

The Fisk Foul Pole was named in 2005, making Fenway Park the only ballpark in major league baseball to have two named foul poles.

Named after legendary left fielder Duffy Lewis, this “cliff” was a 10-foot inclined slope that occupied left field from 1912-1933. Lewis was famous for running up the hill and catching fly balls before they reached the Green Monster.

Tom Yawkey decided to flatten “Duffy’s Cliff” in 1934 as part of a large-scale renovation that transformed Fenway Park forever.

The Birth of the Wave 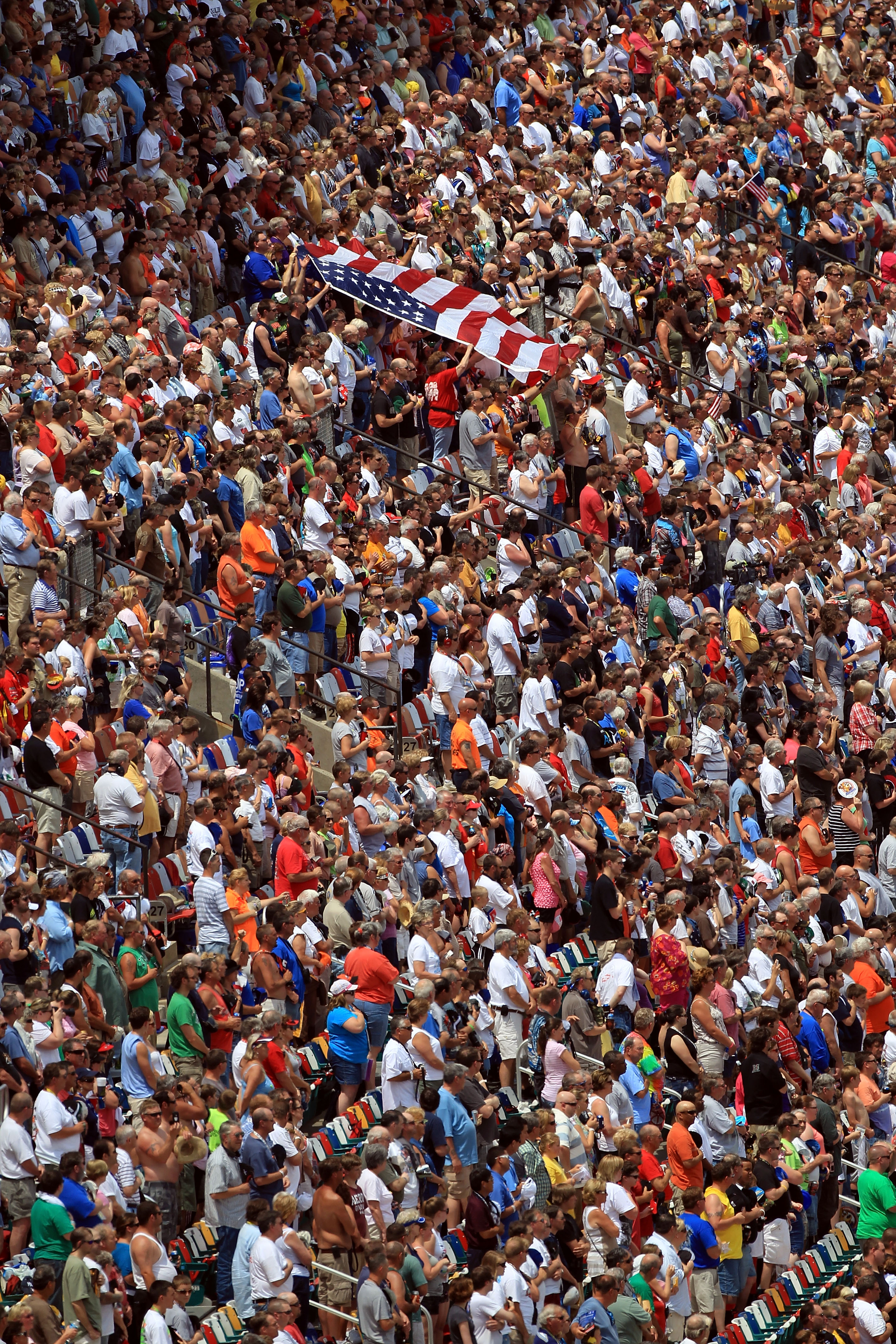 The origin of the wave is one of the great unknowns remaining in sports, and it may not even have started with baseball. However, the folks at Fenway Park seem to enjoy their version of the story.

According to them, the wave owes its existence to a section of tightly packed seats behind home plate at Fenway Park. These seats are so close together (yes, they’re still there) that whenever a fan had to stand up to, say, get a beer, everyone else in the row also had to stand. The fans in the next row, frustrated that they couldn’t see the game anymore, also got up. This created a domino effect with the entire section rising in rhythmic unison.

Thus, the wave was born.

Believe it if you want to, but there are certainly more far-fetched stories out there.

At Least One Thing at Fenway Park Is Big 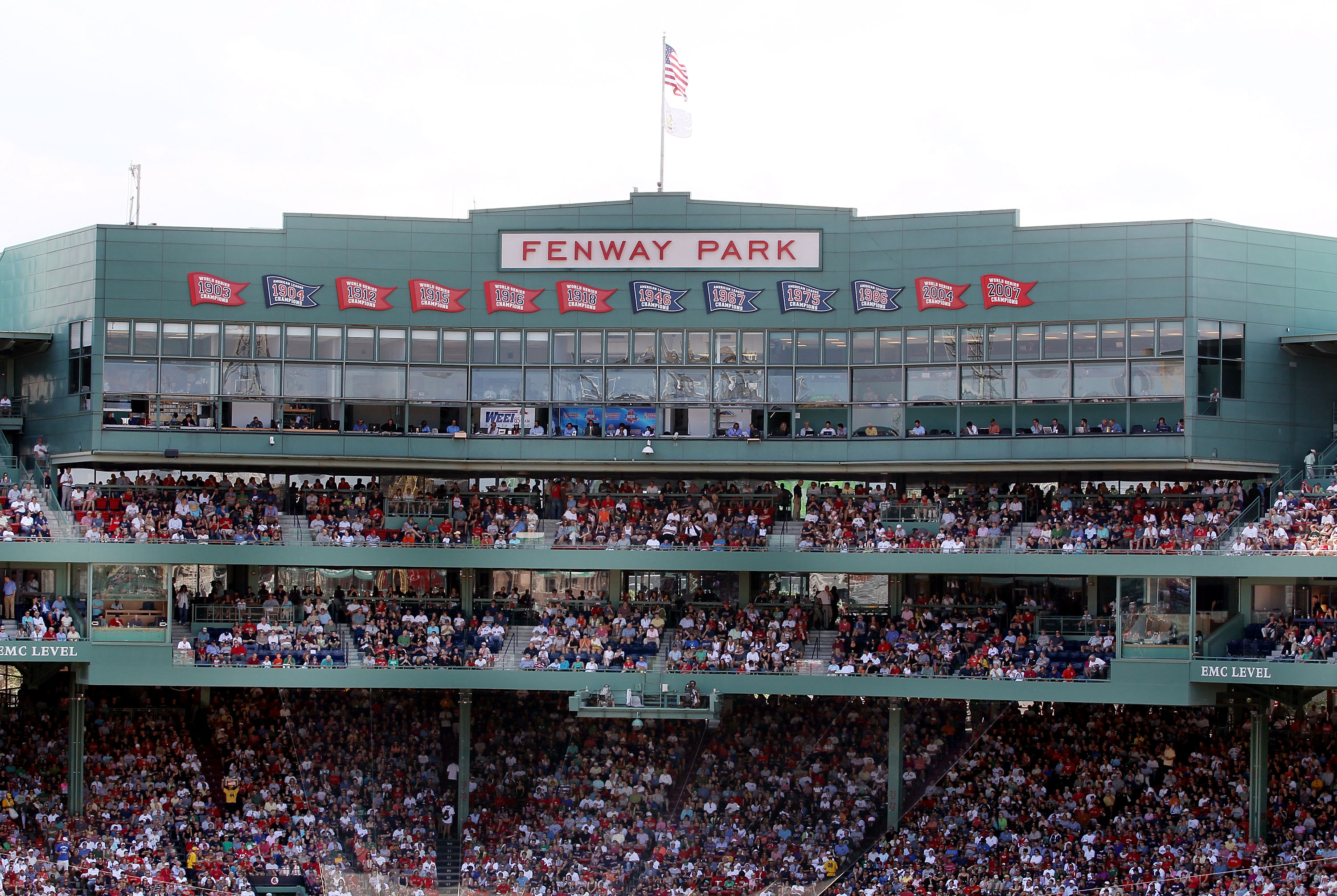 Fenway Park, by any measurement, is the smallest ballpark in all of baseball. It’s also by far the oldest. But one important part of the park isn’t so small (and no, it’s not the Green Monster).

I’m talking about the press box, which is the largest in the majors. Built in the late 1980s, the press box is composed of three rows of seats (local media, national media and other media) and can hold upwards of 50 journalists.

However, even that sometimes is not enough.

When Daisuke Matsuzaka joined the Red Sox in 2007 he brought a slew of Japanese journalists with him. There was no room for them in the press box, so these journalists were sent to a back room where they reported “live” on the game while watching it on TV.

Guess that won’t be a problem anymore. 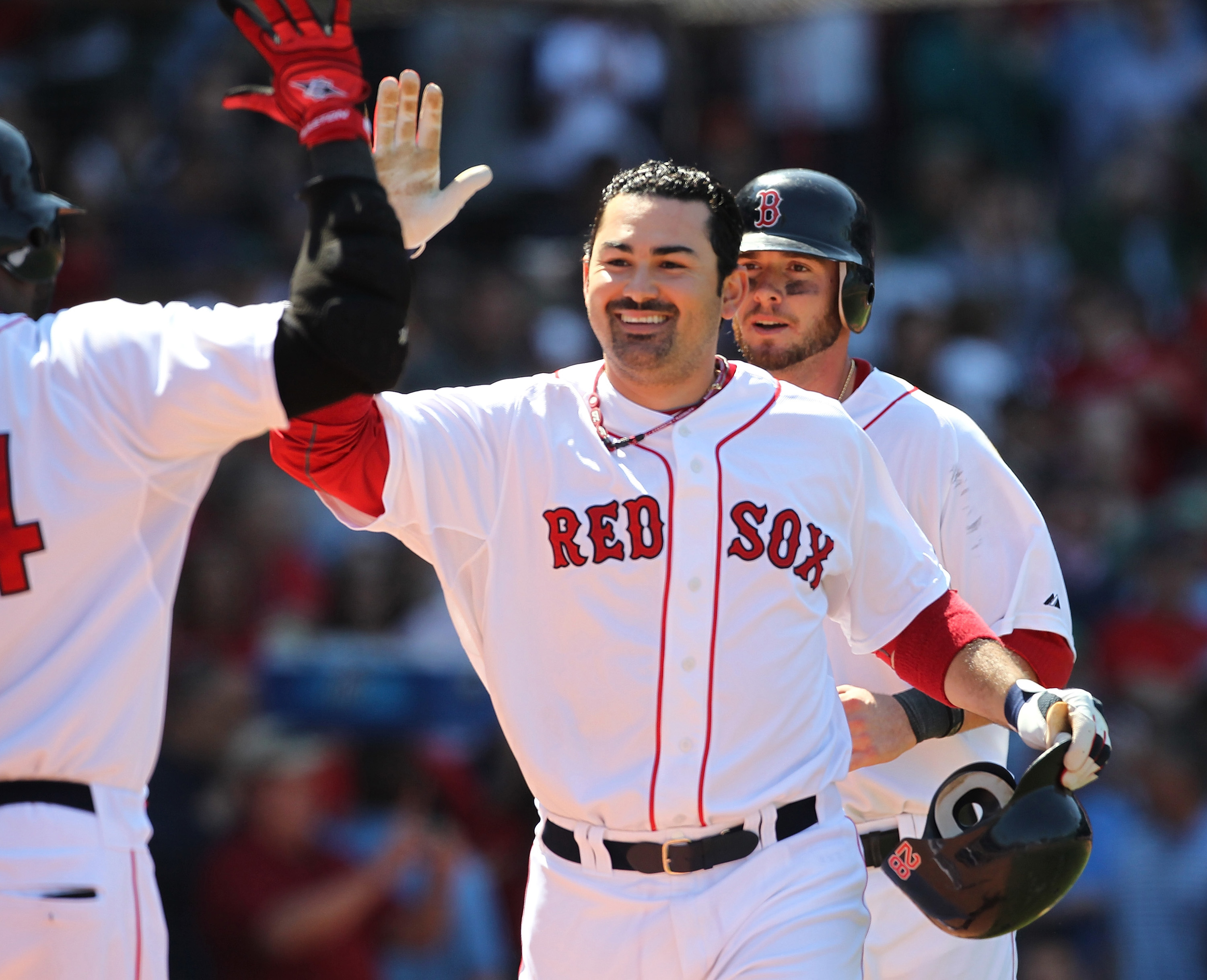 The Boston Americans were dubbed the Boston Red Sox in 1907 after a uniform change made red the official team color. Players wore red socks, so naturally the decision to change the team name was a simple one.

However, the owner decided that “SOCKS” didn’t look good when spelled out on a jersey, so he shorted it to just “RED SOX” with the six letters evenly split down the middle.

The strangest part of this story is that the original Boston Red Stockings were actually a different team. You may now know them as the Atlanta Braves.