French Open 2011 Will Determine No. 1: Rafael Nadal or Novak Djokovic? 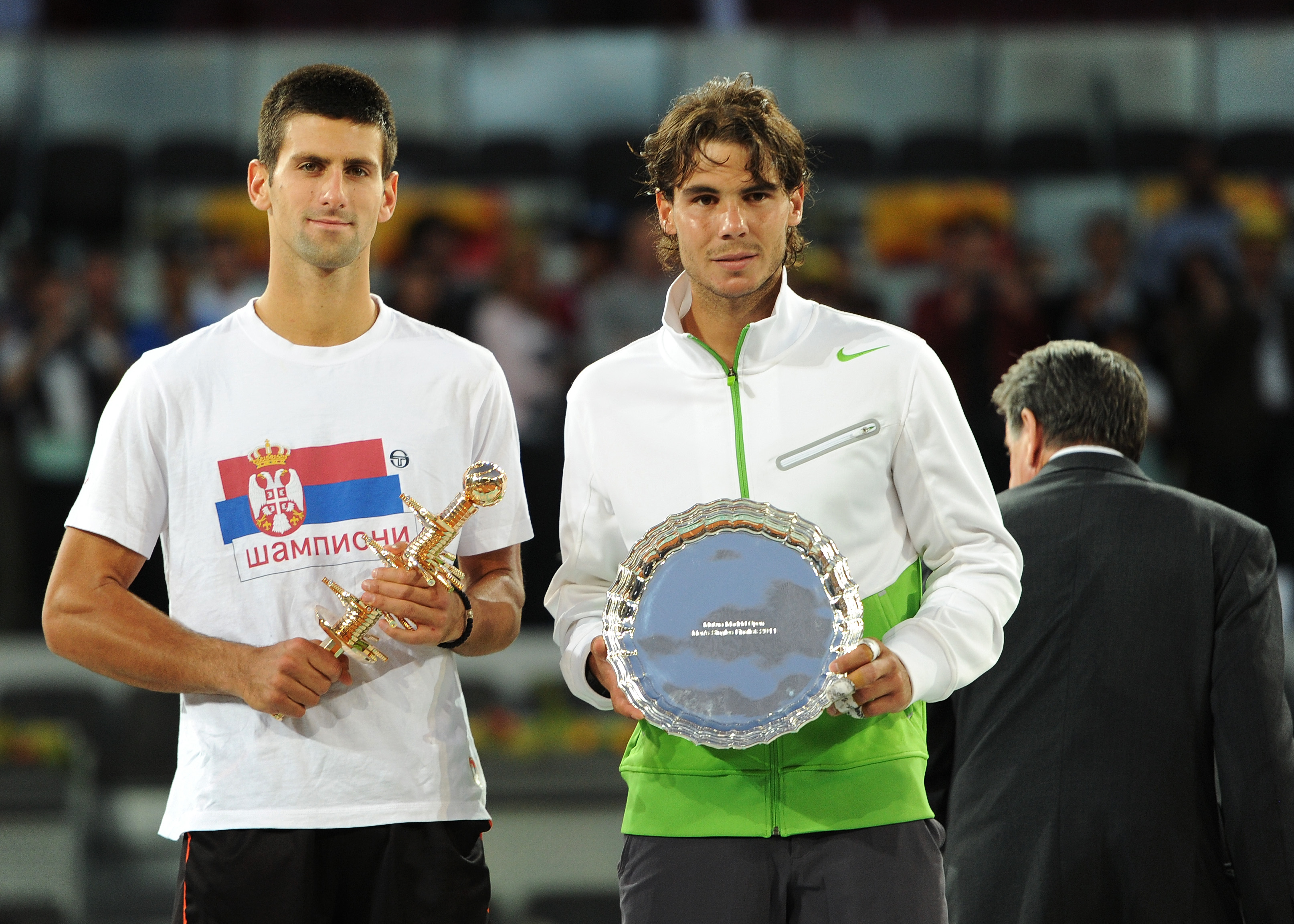 Once upon a time, it all seemed so simple. There were two men who could do anything with a tennis ball, could run rings round the rest of the competition and would divvy up the titles and the top two spots in the rankings between them: Roger Federer and Rafael Nadal.

By the end of 2010, one or the other had topped the tennis rankings for seven years, give or take the occasional flurry of excitement as Novak Djokovic or Andy Murray slipped into the No. 2 slot for a few weeks.

One or the other had featured in every Major final bar one for the last six years and they had won all but two of the last 23. By the WTFs at the end of the year, they had once again closed the door on everyone else as they fought it out for the title of the year’s concluding event.

But that was then; 2011 has been a different story. Novak Djokovic, who had been snapping at the heels of Federer and Nadal for almost four years, transformed—almost in the blink of an eye—after leading his country, Serbia, to a famous Davis Cup win in December.

The brash confidence that had won him his first Australian title at just 20 was remodeled into a mature confidence, and he immediately broke the Federer-Nadal stranglehold on the Majors by taking his second Australian title.

That was just the start. Having beaten Federer in the semis in Melbourne, Djokovic toppled him twice more at Indian Wells and Dubai. He gave Nadal the same treatment, beating the Spaniard for the first time in a final at Indian Wells and then he repeated the feat in all three of their subsequent Masters finals.

Most significant of all, as they arrive on the clay of the second Major of the year at Roland Garros, is that the Serb has just beaten Nadal in two successive clay Masters finals, in straight sets, bringing to an end a 37-match unbroken run for the Spaniard on his best surface.

Few need reminding that Djokovic is, thus far, unbeaten in 2011 and is enjoying a 39-match-winning streak. Should he win in Paris, he will tie Guillermo Vilas for the longest run, 46, in the Open era. But the next important step for the Serb is the top ranking.

So are there any scenarios that may prevent a fifth final between the same two men? And which of the two will be No. 1 on the last day of the clay season?

This assessment of the draw and its likely winners is interspersed with a few relevant stats to help you decide. 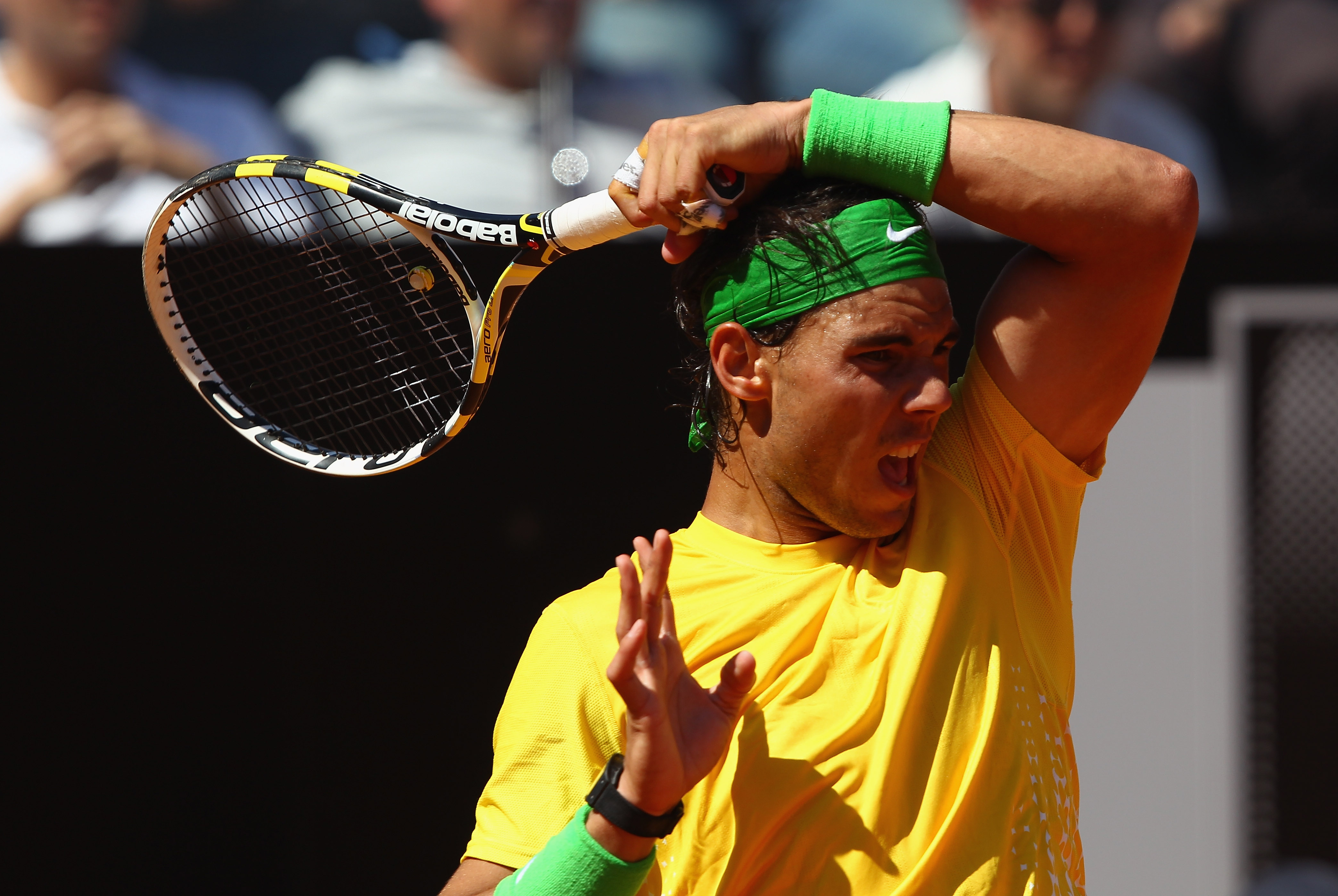 Nadal is defending champion and five-time winner in Paris, and has lost just one match in 39 at Roland Garros.

Despite his losses to Djokovic in Madrid and Rome, Nadal’s excellent clay results this season—a seventh Monte Carlo Masters and sixth Barcelona title—still make him the most formidable man on clay. He has, after all, won 31 titles on this surface.

But make no mistake, his is a tricky quarter. First is the huge, big-serving John Isner who, while not enjoying his best of seasons, put up a good fight against Nadal at Madrid last year.

His third-round opponent is also intriguing—Nikolay Davydenko, one of those rare players who seems to have Nadal’s number.

The Russian has a winning head-to-head of 6-4 and has won their last four matches, though all were on hard courts. Davydenko had a tawdry time in Rome and Madrid, falling in the first round at both, but before that he won Munich.

In the fourth round lies Fernando Verdasco, who has failed to beat Nadal in all 11 meetings and has a testing section of eight that includes the unseeded Juan Monaco, Ivan Ljubicic and Philipp Kohlschreiber. On their day, any of them could get past Verdasco and Sam Querrey to reach the fourth round and Nadal.

His fellow quarterfinalist should be Robin Soderling, who was—famously—the only man to beat Nadal at Roland Garros, though Nadal got his revenge in last year’s final. An alternative, should Soderling not make his usual Paris impression, is Gilles Simon. The Frenchman has only won six matches in five clay events this year but had some good hard-court results earlier on.

Verdasco vs. Monaco, First Round

Ljubicic vs. Kohlschreiber, Second Round

Nadal vs. Davydenko, Third Round 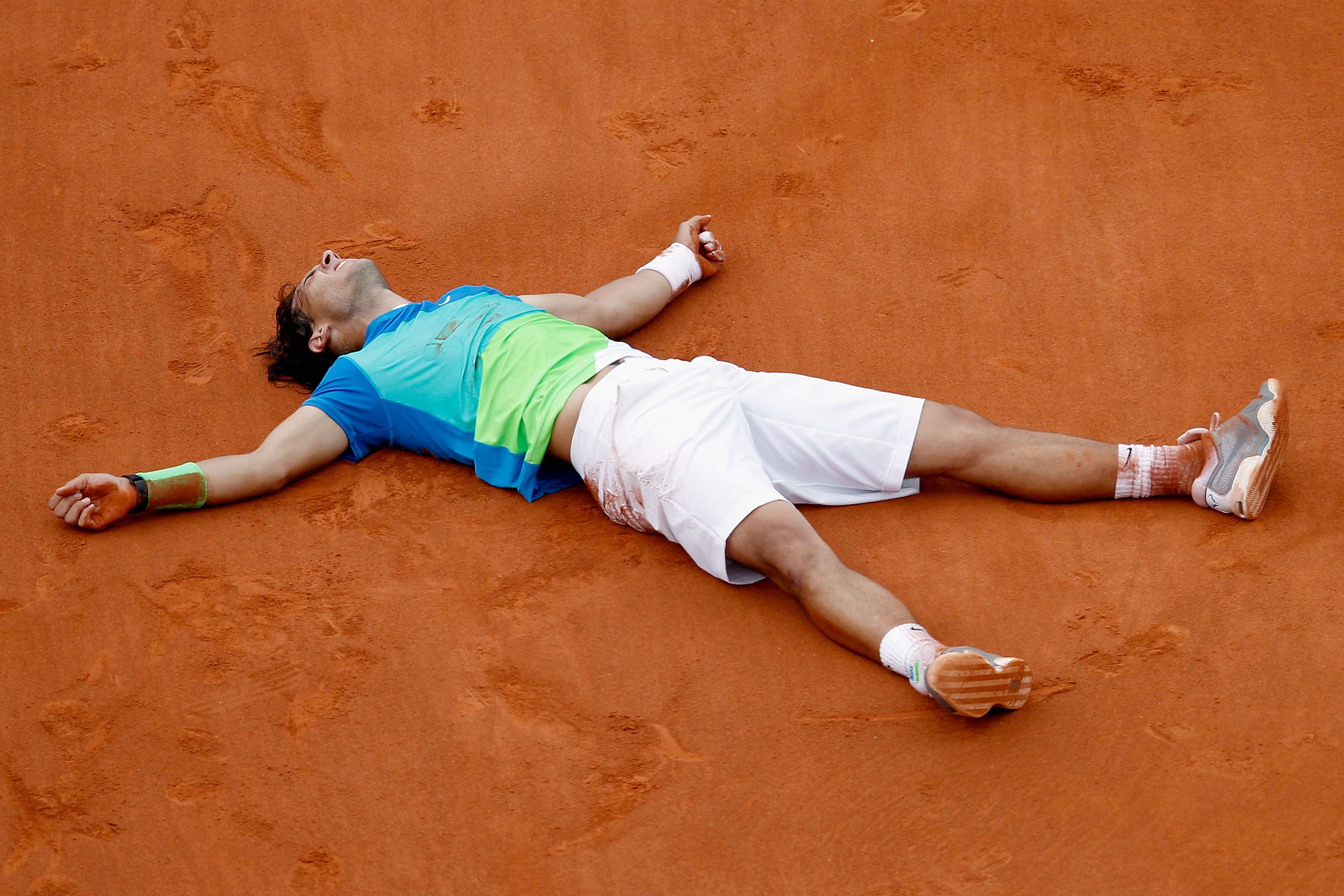 Those two clay wins have come in the space of the last fortnight on the contrasting clays of Madrid and Rome. It was the latter victory that suggested a turning in the tide towards the Serb, since the Rome conditions are closer in nature to Roland Garros—one of the reasons for switching Rome and Madrid in the calendar.

Their latest meeting was in the semifinals of the Madrid Masters where Federer won the first set but lost the next two—a more convincing performance than the Miami semifinals, where Federer lost in straight sets. They met in the previous two Madrid finals, sharing the honors.

They have not met on clay since the Rome Masters semifinal in 2009, which went to Djokovic after a rain delay. Since the start of last year, they have won four matches apiece, but Djokovic has won all three contests this year. 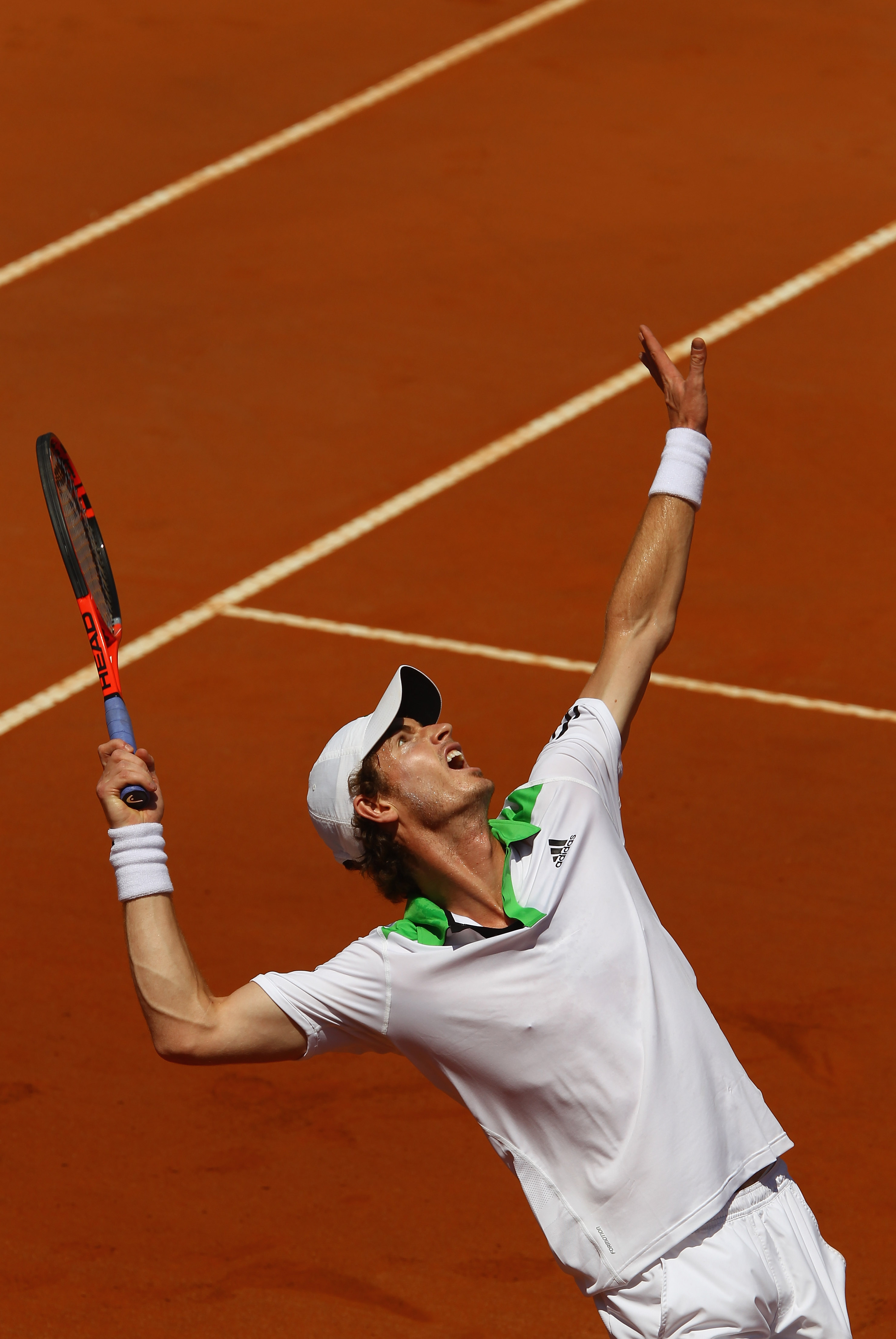 Murray should come into Paris with more than his usual confidence on what has traditionally been his weakest surface. He took Nadal to a deciding set in the Monte Carlo semis before an elbow injury impeded his progress, and he pushed Djokovic harder than anyone else in Rome, challenging right up to a final set tiebreak.

The first big test is dangerous new talent Milos Raonic in the third. The Canadian has had some useful wins on clay this season over Simon, Ernests Gulbis and Stepanek. Another blossoming young talent, Alexandr Dolgopolov, may face Murray in the fourth. Dolgopolov just this week beat Ferrer in Nice.

In the bottom section lies Jurgen Melzer, a semifinalist last year but a man who has failed to beat Murray in five meetings. His alternate is Nicolas Almagro, a possible favourite to reach the quarters. He has one of the season’s best records on the surface and just beat Berdych in Nice in straight sets.

However, Florian Mayer is also worth watching. He is enjoying a career-high ranking and a show of form that may take him to the third round in Paris for the first time.

Murray vs. Raonic, Third Round

Almagro vs. Mayer, Third Round 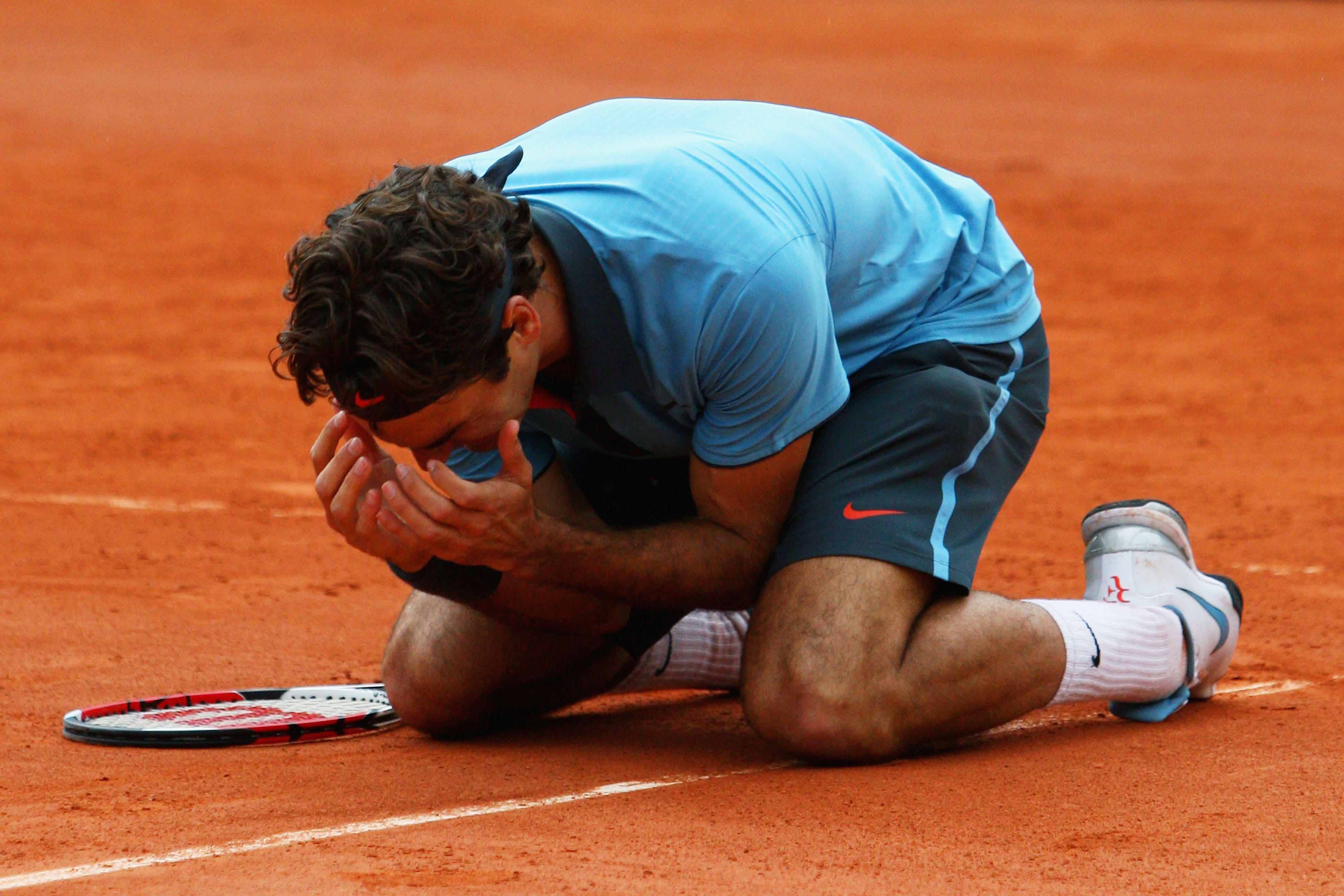 Titles: 31 (two this year, with two other finals) 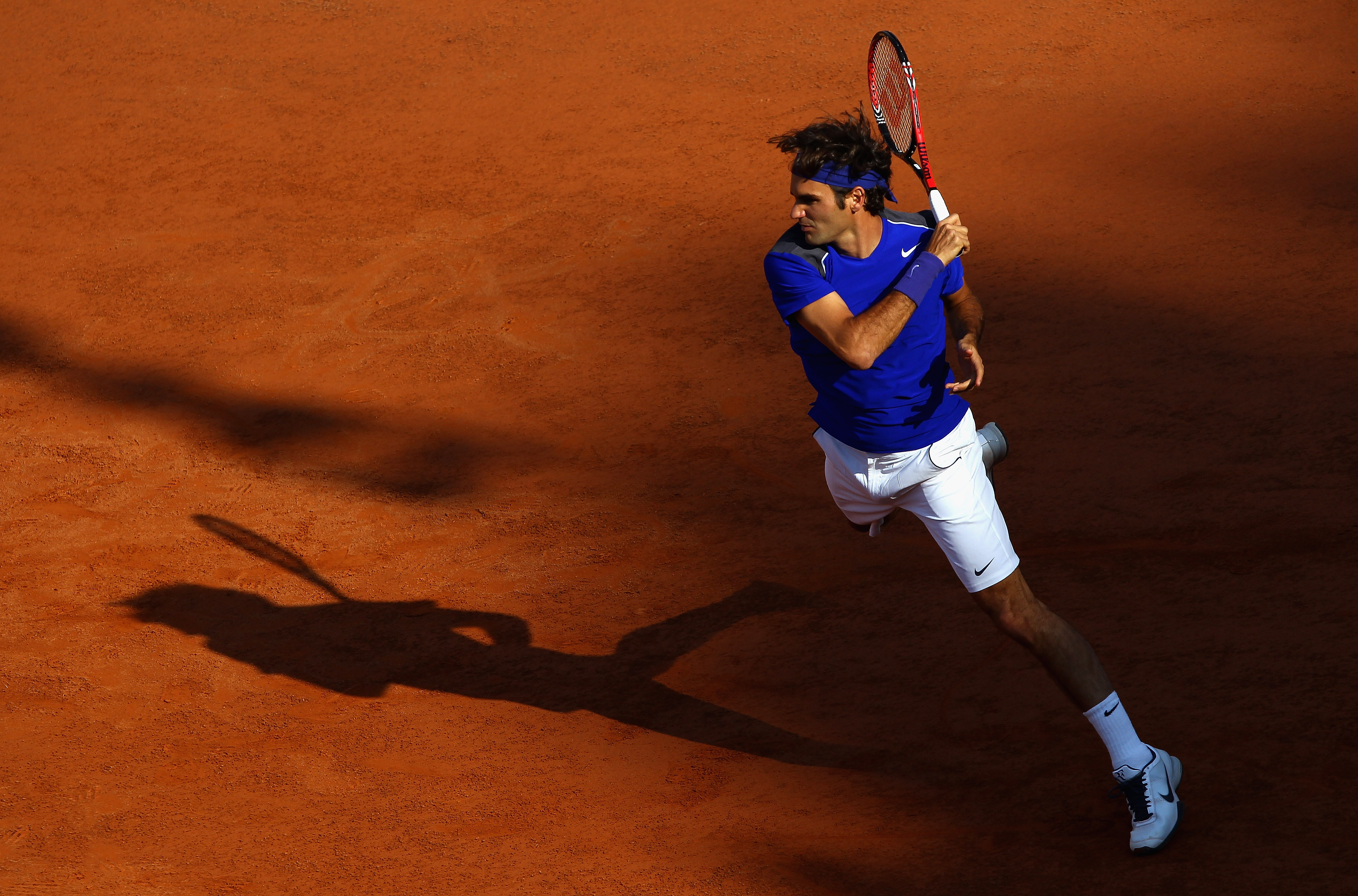 Like Nadal, Federer’s opening match is a tough one against Feliciano Lopez, who almost beat him for the first time on Madrid’s clay in a three-tiebreak thriller. The Spaniard played well in Rome, too, falling in the third round to Nadal.

Next up may be Ivan Dodig, who won his first ever title in Zagreb this year and showed some excellent form in Barcelona where he beat Robin Soderling, Raonic and Lopez before meeting Nadal in the semis. The alternative is the 29th-seeded Janko Tipsarevic.

At the business end of the quarter lies Stan Wawrinka, whose only win over Federer in nine meetings was on the clay of Monte Carlo. Wawrinka first has to beat the unpredictable Jo-Wilfried Tsonga for the chance of a third meeting this year with his friend/foe.

Federer’s most likely quarterfinal opponent is David Ferrer, forced to withdraw from Rome with illness but otherwise enjoying some of the form of his life.

He has just been beaten on his return to competition by Dolgopolov but that is probably of little significance. Ferrer thrives both on clay—he has a 15-3 win-loss record on the red stuff this year—and in the long five-set format. Federer, though, has won all 11 of their encounters.

Finding a way through Nadal or Djokovic, however, will be a bigger problem solved only by easy progress to the semis, aggressive play and unwavering concentration at the key moments.

Federer vs. Lopez, First Round

Wawrinka vs. Tsonga, Third Round 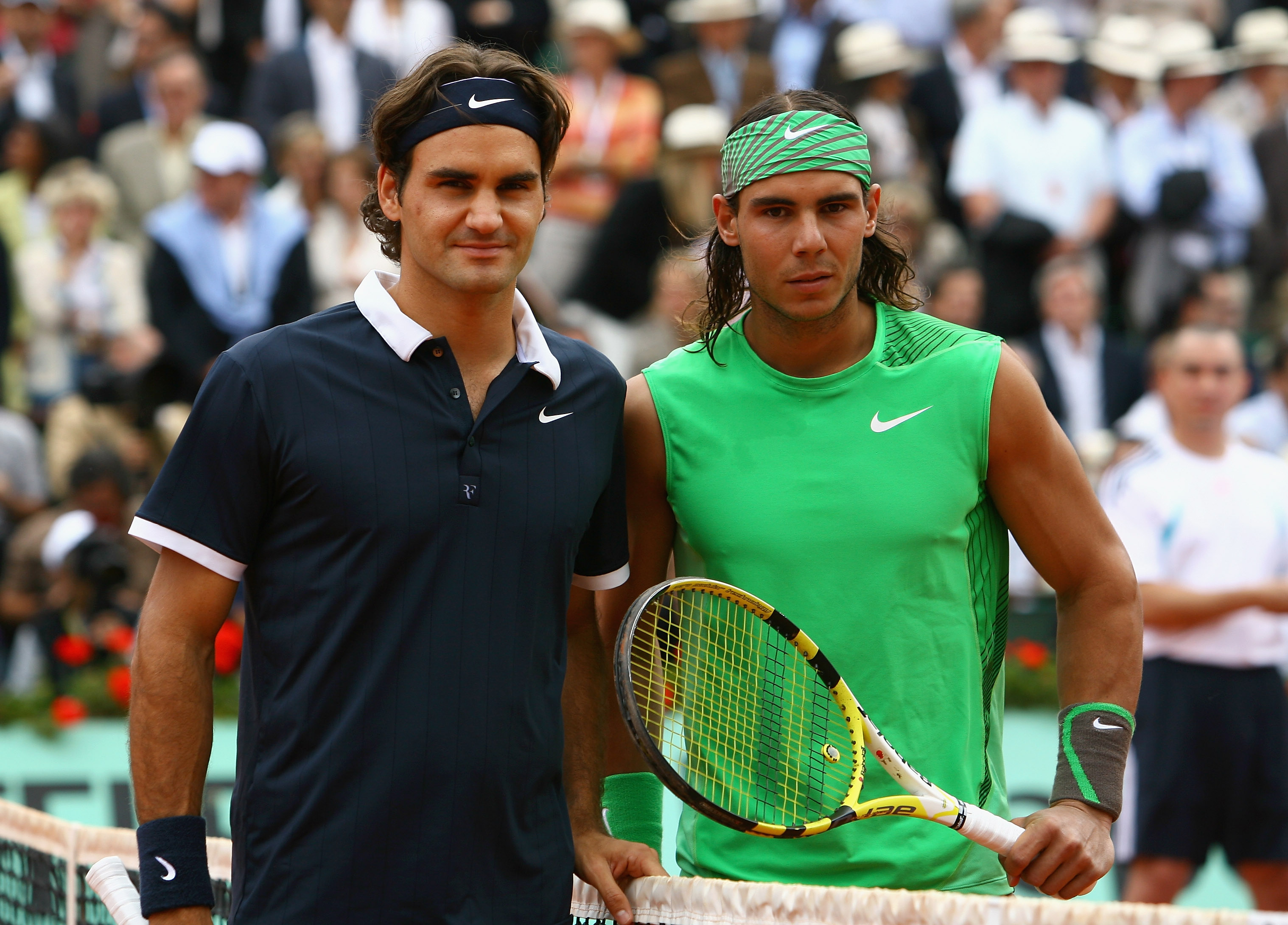 In 2010, he did not drop a set and became the first man to complete the “Clay Slam” of three Masters and the French Open.

2011 is the first year since 2001 that he enters Roland Garros without reaching a clay tournament final.

He was a semifinalist in 2007 (his first major semifinal) and in 2008 (he lost to Nadal on both occasions). 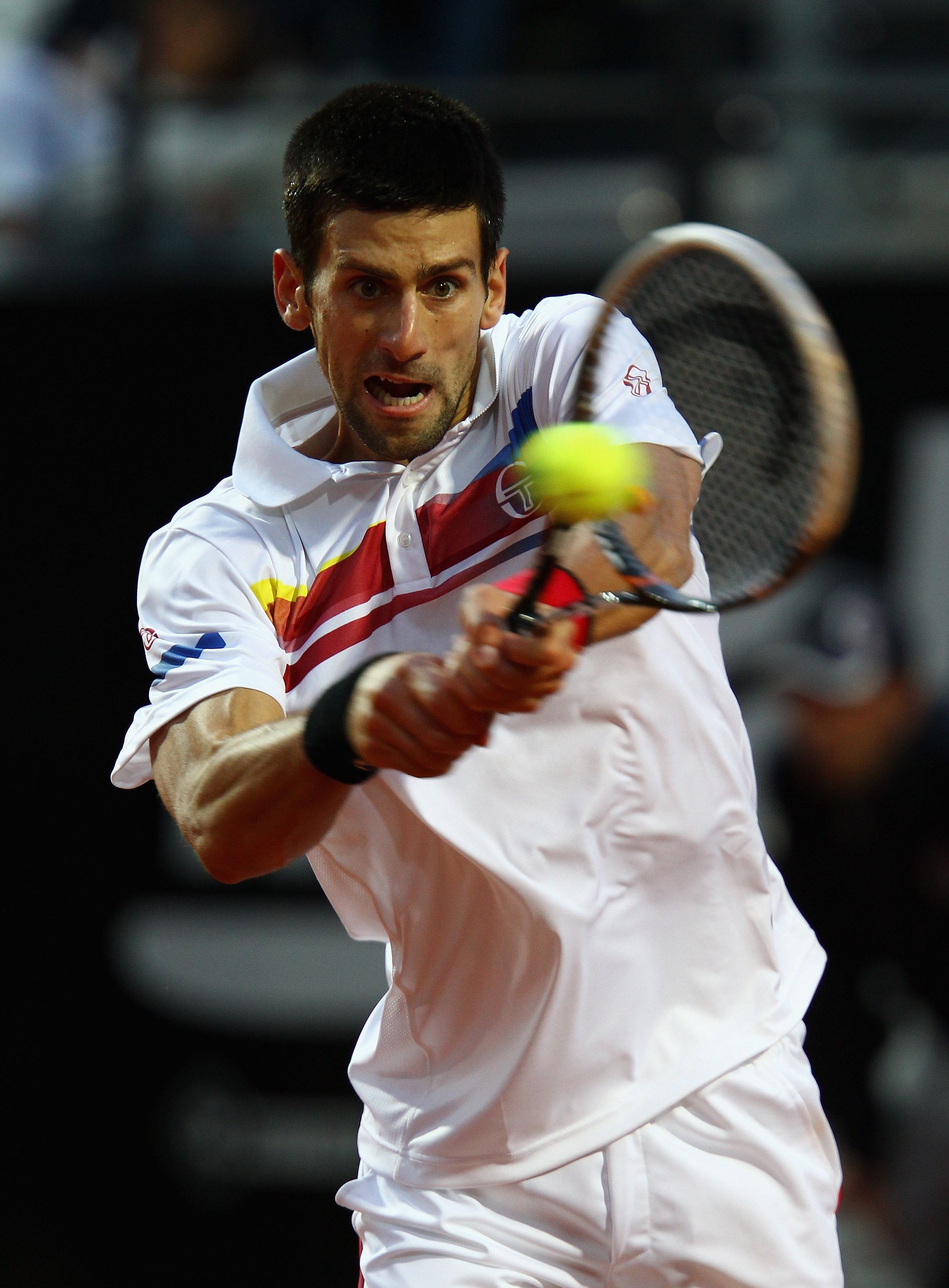 Based on the score sheets for 2011, Djokovic will not be intimidated by anyone at Roland Garros. He has four wins over Nadal, all in Masters finals, three against Federer, two over Murray and two over his potential quarterfinal opponent, Tomas Berdych.

Even Richard Gasquet, who played so well in Rome to beat Federer and Berdych for a semifinal place against Nadal, felt the sharp end of the Djokovic racket at Indian Wells this year.

Before Djokovic has the chance to meet any of those opponents he may have to dispatch Juan Martin Del Potro, who confirmed only this week that the hip injury sustained in Madrid had healed in time for Paris.

The Argentine has a 27-6 win-loss record this year with two titles, won on the clay of Estoril against Marin Cilic and Mikhail Youzhny in Madrid before he was forced to withdraw.

Djokovic has won all three of their meetings, the last in Rome two years ago. But while the Serb is an improved player since then, so is Del Potro: Only long-term absence with injury has held back what may have been a similar challenger in the rankings.

The Argentine, unlike Djokovic, will first be severely tested by the only taller man in the draw, Ivo Karlovic—a quarterfinalist at Indian Wells and a semifinalist in Houston. It will be a big-serving contest.

Djokovic may have a heavy draw, but such is his form and confidence that he looks a good bet to go one better than his two semifinal finishes in Paris—both times falling to Nadal—and reach a final standoff against the same man.

Gasquet vs. Stepanek, First Round

Djokovic vs. Del Potro, Third Round 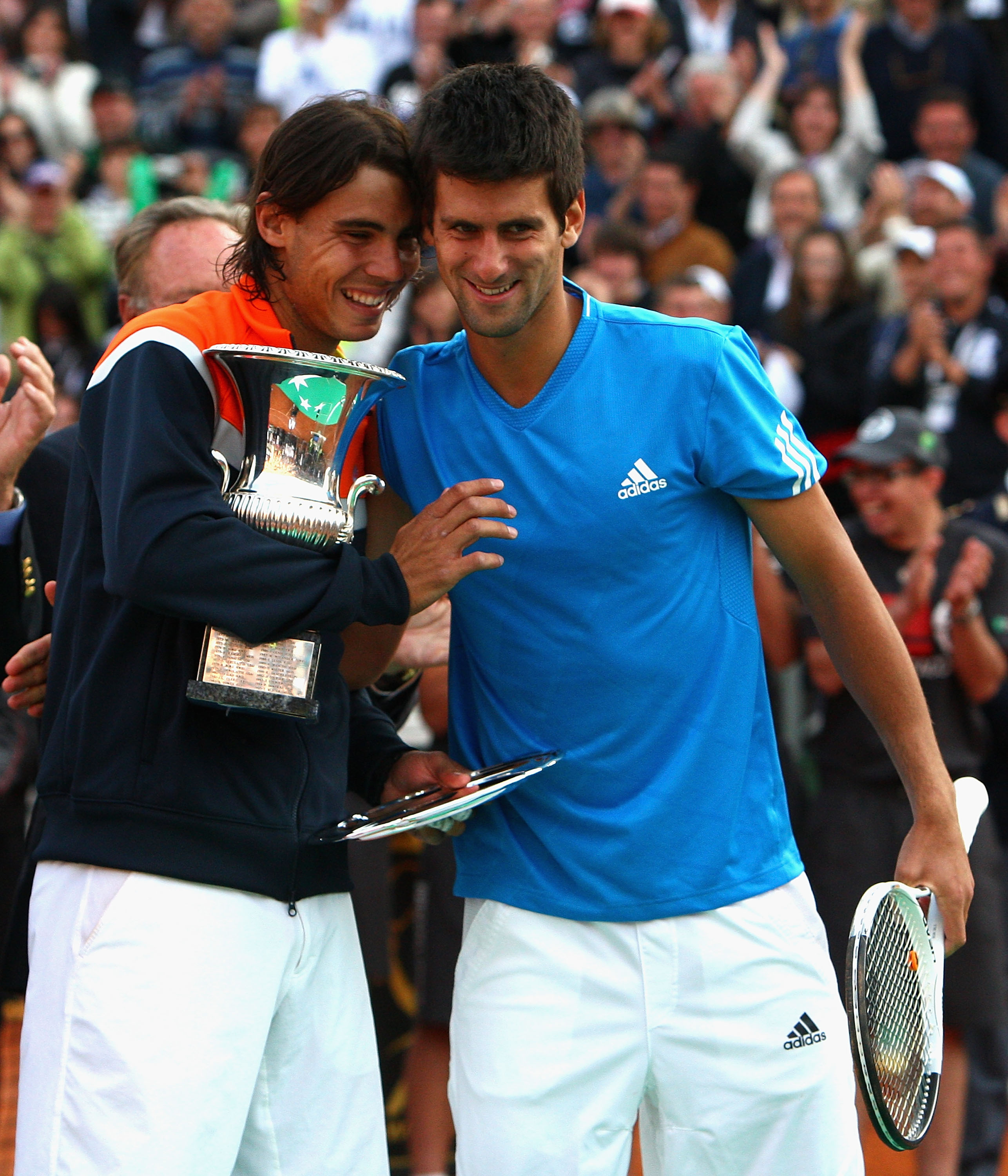 But who will take the spoils?

Last December, just after that Davis Cup triumph for Serbia and Djokovic, a Bleacher article proposed that the maturing of the Serb would lead to a second Major in 2011. It also included a small survey asking which was the most likely title he would win.

A quarter of the respondents predicted the Australian Open—a prescient choice—and almost a third chose the U.S. Open.

Another third thought he would win no Major in 2011 at all, while only five percent picked the French Open.

How many would still make that same choice?