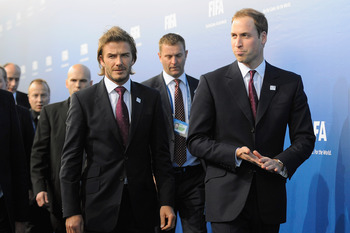 The Future King of England, and the Freekick MaestroMichael Regan/Getty Images

With the hubbub of the Royal Wedding taking the Internet by storm, it seems only right to talk about the favorite past time of England, Football.

In honor of the pending nuptials, I thought a look into the favorite football clubs of the royal family seemed like a great piece of gossip for all those obsessed with Kate and William. Admit it, we all watched or read at least on piece of news regarding this event today.

In hopes of kicking off a great debate, if you have further information on the footballing fanaticism of any of the royal family, please chip in with comments below. 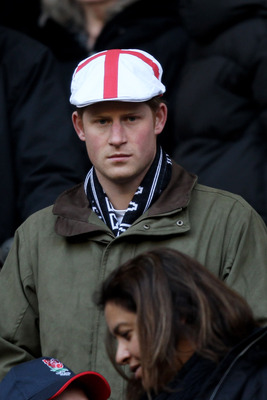 When he isn't throwing out a first pitch for the Mets, dressing up as a Nazi, or fighting in Afghanistan with the Royal Army, Prince Harry of England enjoys a lively footballing match or two.

Arsenal lay claim to perhaps the most energetic and rambunctious of the current royal family, and his fly by the seat of your pants life style matches well with the youth and speed inspired Arsenal attack.

Old ties of the Club to the Royal Arsenal of London also might have had an impact on garnering support for the youngest of England's Princes. 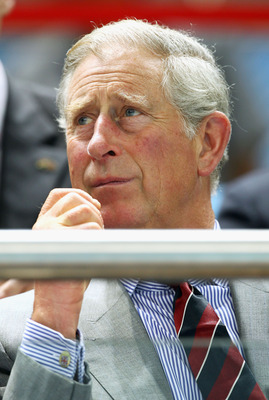 Prince Charles has several teams vying to claim his support. Liverpool FC claim the support of His Royal Highness as both years he was married, 1981 to Princess Diana of Wales and 2005 to Camilla the Duchess of Cornwall, the Reds won the Champions League.

Recent media reports link the Prince as to being also a supporter of Championship Side Burnley FC who had a great start to last years 2009-2010 English Premier League season after winning promotion. However, the mid-season departure of their Manager Owen Coyle to Bolton saw them fall back to the Championship through relegation at the end of last season. 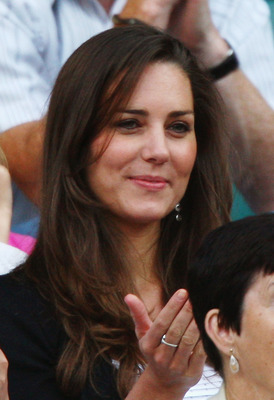 A self professed sports fanatic, and the former captain of her high school hockey team, the future Queen of England is a hard one to research.

She has various ties to major sporting areas and teams. Her parents bought her a flat valued at over $1 million close to Stamford Bridge the home of Chelsea FC. She also grew up a neighbor of multi-million dollar Reading FC owner John Madjeski.

The support of a Scottish team just might earn her blessing after their gesture in honor of the wedding. Heart of Midlothian Football Club, known as Hearts primarily in the Clydesdale Bank Scottish Premier League is offering up free tickets to fans for their match on Saturday against Motherwell if their name is William or Kate.

It can also be possible to expect she could fall in line to support the club of her soon to be husband and future king which is to be named next. 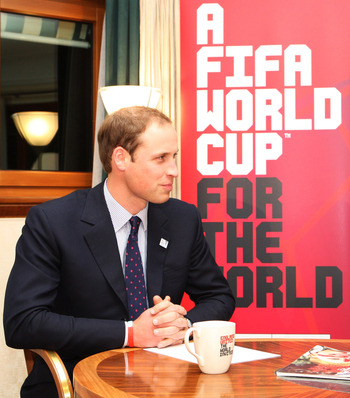 A pronounced Aston Villa supporter, the future King of England recently has been all about football as he was a key component of England's bid to host the 2018 World Cup.

He was named the president of England's Football Association in 2006 and holds to post to this day.

The members of his Royal Air Force squadron also poke fun that the only real quirk to their fellow royal militant is that he is an Aston Villa supporter. Apparently most of his fellow squad mates are supporters of Manchester United and Liverpool. 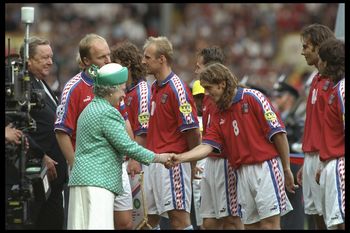 Her first football match was as one of 100,000 supporters that packed Wembley Stadium for the 1953 FA Cup Final between Blackpool and Bolton Wanderers. The Tangerines won the final 4-3 thanks to a stoppage time winner from English Striker Bill Perry as a Hat-Trick by teammate Stan Mortensen was not enough to fight off the Trotters.

The history of her affair with the beautiful game has many teams fighting to claim her support. Three London based clubs fight over her royal majesty while a Scottish giant also counts her as a powerful fan.

League One side Millwall FC claims that she regularly attends matches at the clubs London stadium where she mingles anonymously with the local riff-raff without making her presence officially known.

Another side claiming her support is West Ham United. A Daily Mirror article seems to believe that it is a staff member that supports Millwall FC, while the Queen actually supports their rival Hammers.

However, it appears that the Queen, like her grandson Harry, is primarily a self-professed Arsenal fan, and is believed to have an eye for the Gunners Captain Cesc Fabregas.

Last but not least it is believed that her Majesty also is or was a supporter of Glasgow Rangers. With 53 Scottish League Titles, they are footballing royalty all to their own as they have won their league more times than any other team has won their respected league in history.

She is also famous for her comments on the beautiful game. In November of 2006 she made this comment to Premier League Chairman David Richards,

"Football's a difficult business and aren't they prima donnas. But it's a wonderful game."

Without a doubt, the Royal family certainly gets around in the world of Football.