The Stanley Cup, Heisman Trophy and the 15 Best Trophies in Sports 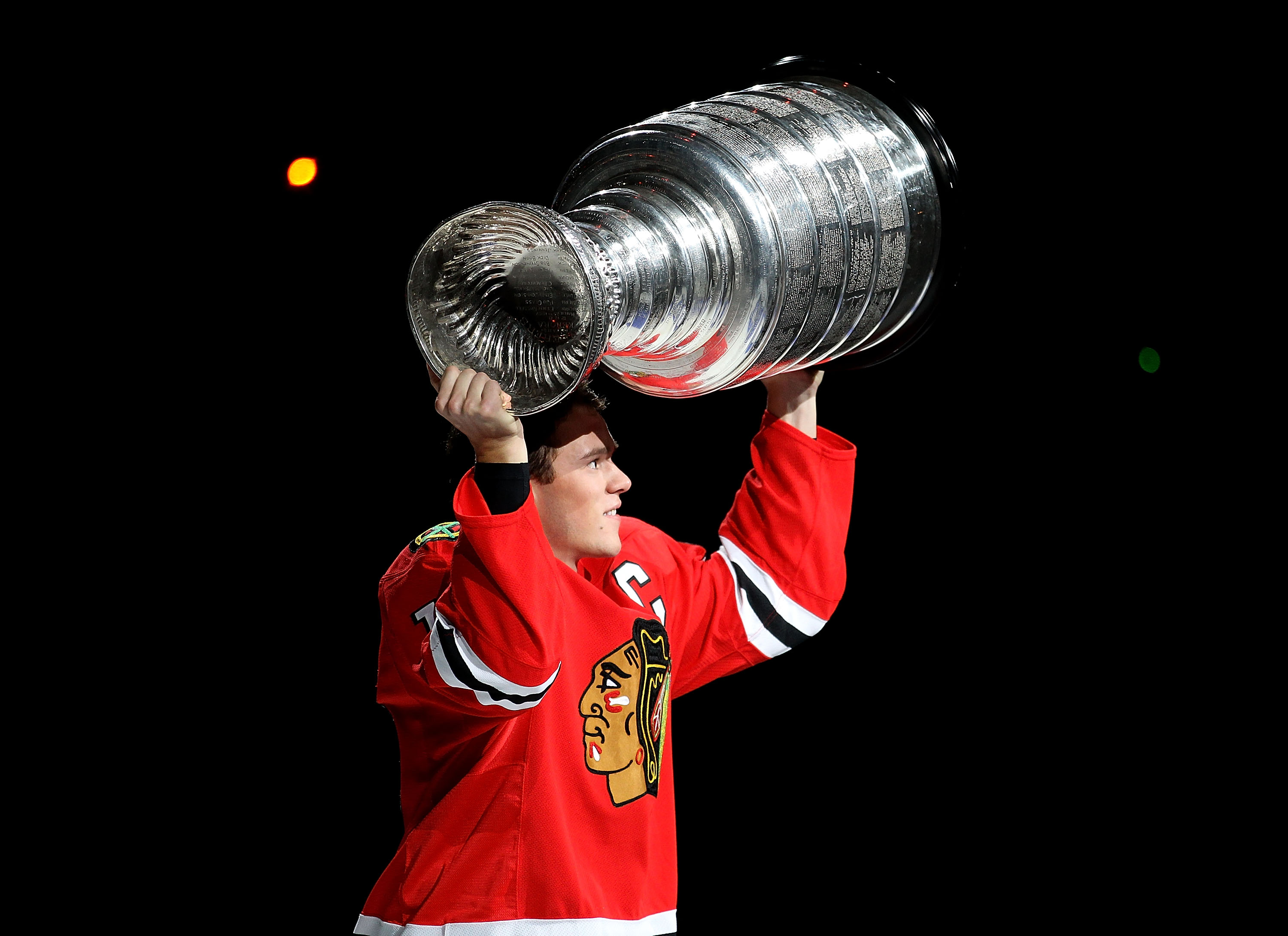 When you were a kid playing sports, what was better than winning a trophy?

Other than the postgame trip to McDonald's not much could compare to the feeling you got as a kid when you were given a trophy.

In sports, many players are so jubilant when they win a trophy, that they'll even drink from one, sleep with one, wear one while competing, and of course, give it a big smooch.

There’s no better feeling than reaching the apex of your sport, and the trophies we receive are the lasting memory of the accomplishment years after they're relevant in the sports world.

With all the playoff competitions being held right now in our favorite sports, I thought it would be appropriate to acknowledge the best trophies to be won.

Without further ado, let’s look at the 15 best trophies in all of sports. 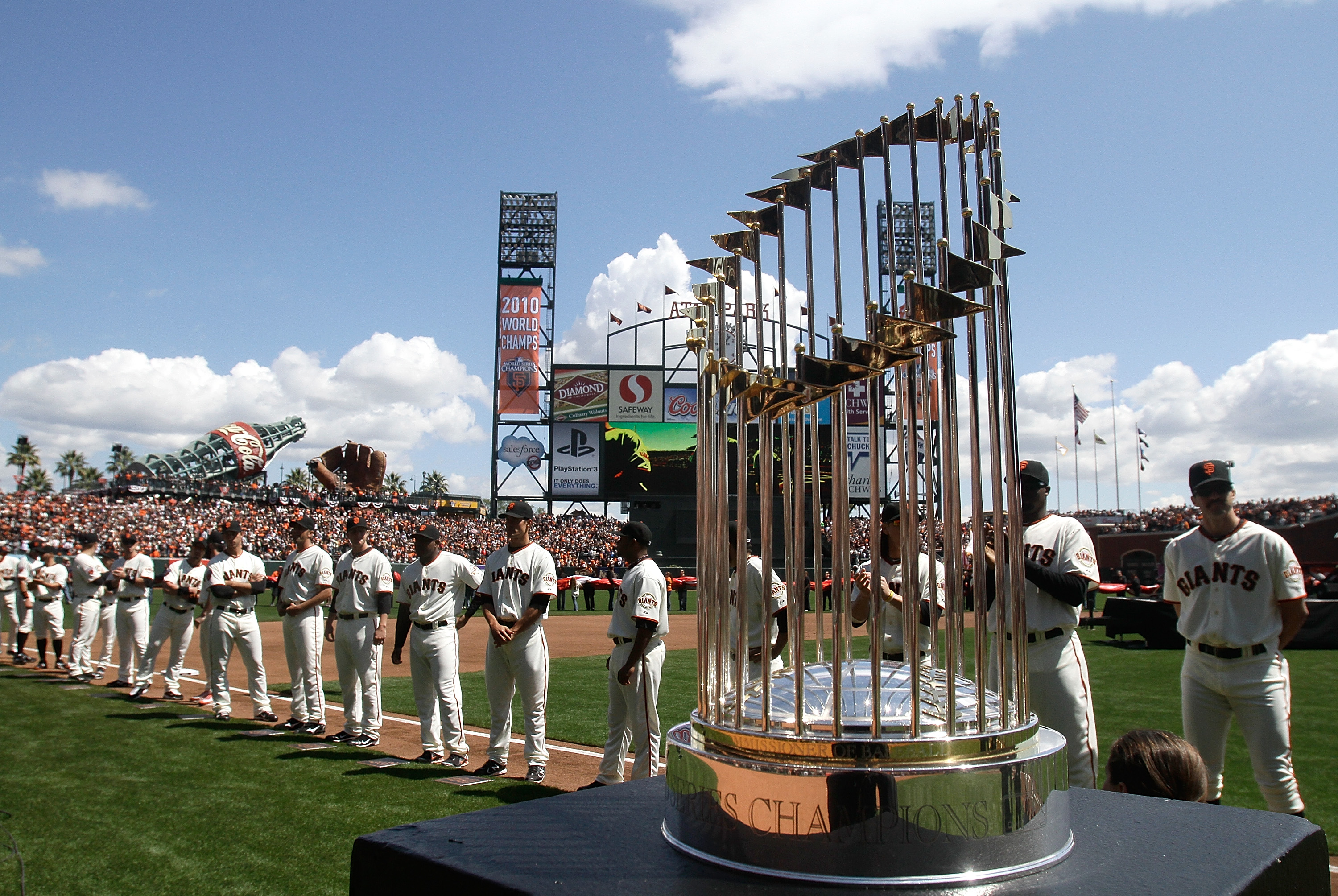 It isn’t the best-looking trophy, but the Commissioner's Trophy for the World Series champion has its share of history.

Baseball is America’s oldest sports and national pastime, and there have been over 100 World Series winners since the game’s inception.

The Yankees have won 27 World Series titles, the most of any baseball team. 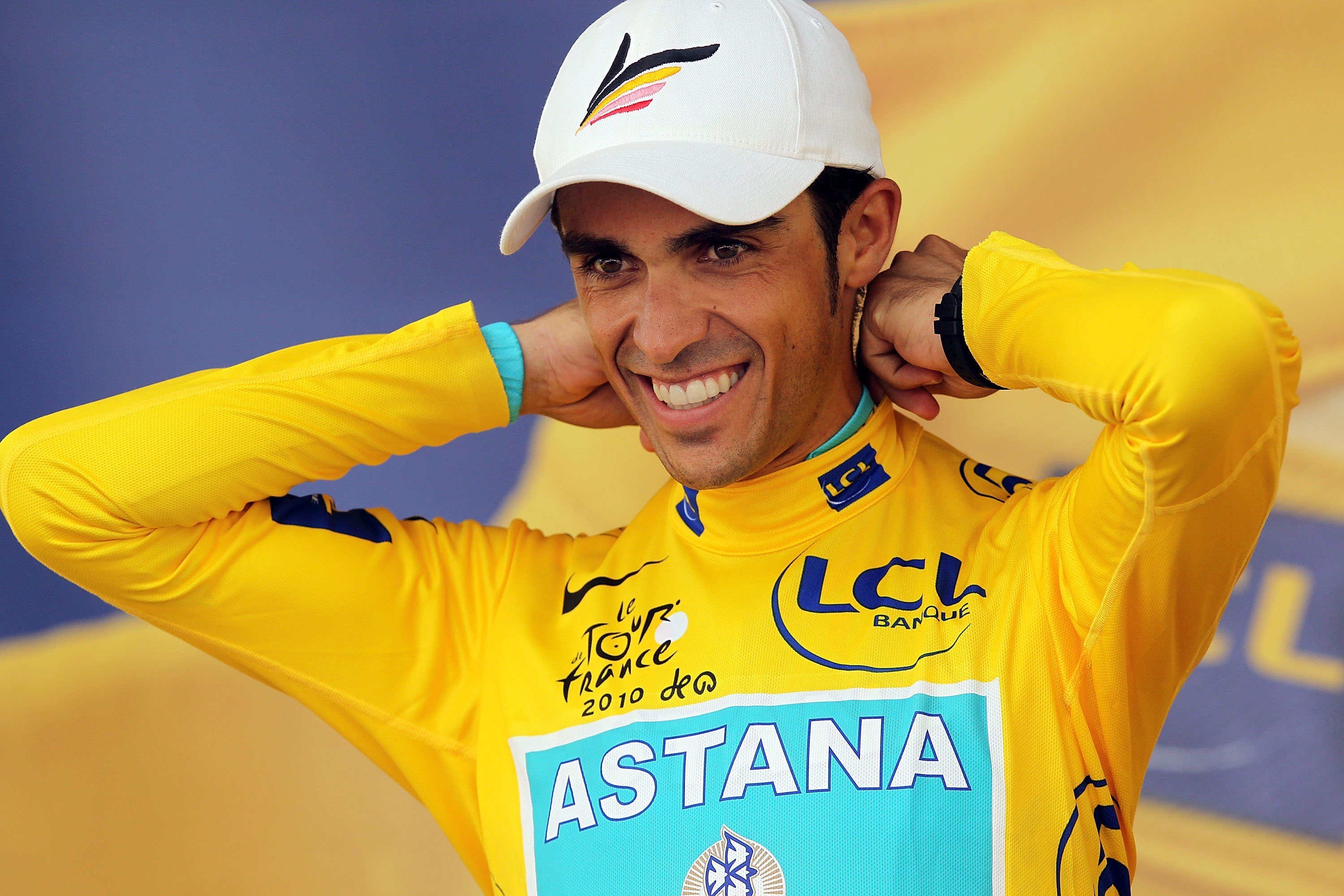 Although not necessarily a trophy, the yellow jersey is one of the few awards that an athlete wears while he/she competes.

This jersey is given to the athlete who is the points leader of the Tour de France after each of the event’s 21 stages.

The French have dominated their event, winning 36 titles—the most of any country. 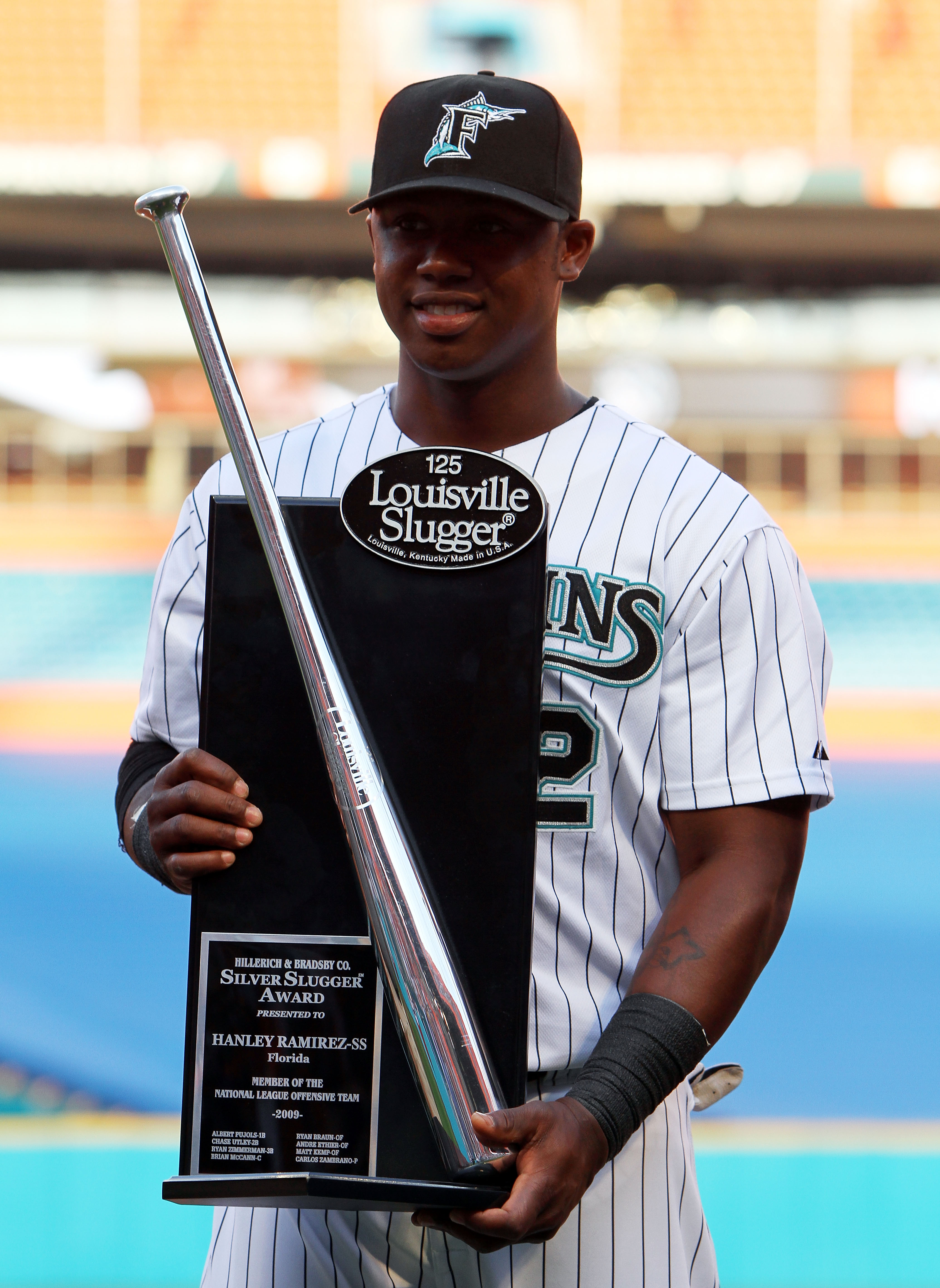 The Silver Slugger award is given annually to the best offensive players in baseball at each infield position and the outfield of both the American League and the National Leagues.

The award is simply a silver baseball bat, but you have to admit it is pretty cool looking. 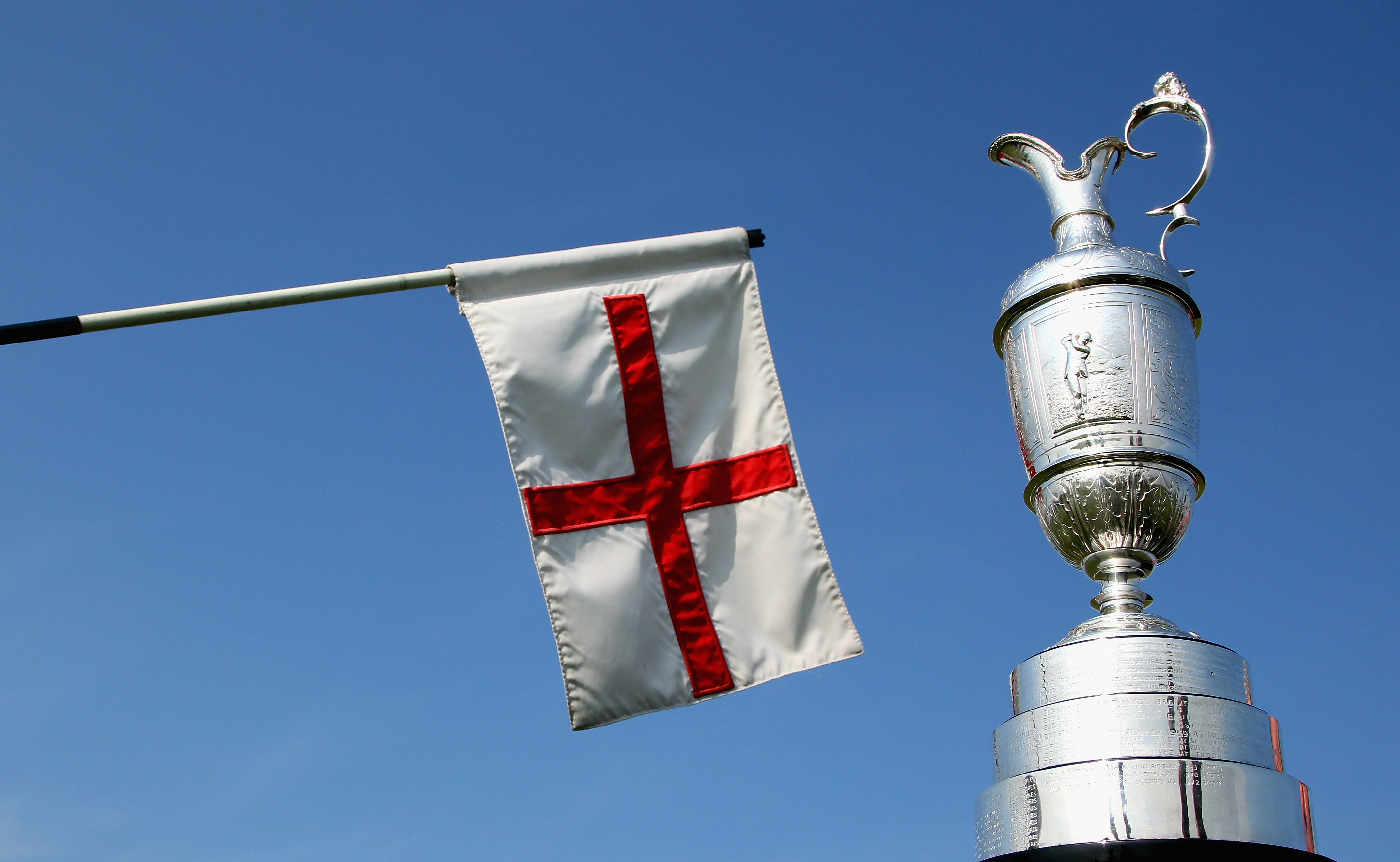 The winner of the Open Championship (commonly known as the British Open), one of golf’s four major tournaments, is awarded the Golf Champion Trophy, or the "Claret Jug."

The Claret Jug has been awarded since 1872, and the current model of the trophy was first awarded to Walter Hagen for winning the 1928 Open title.

Each winner must return the jug before the next year’s Open Championship, and is given a replica of the jug to keep. 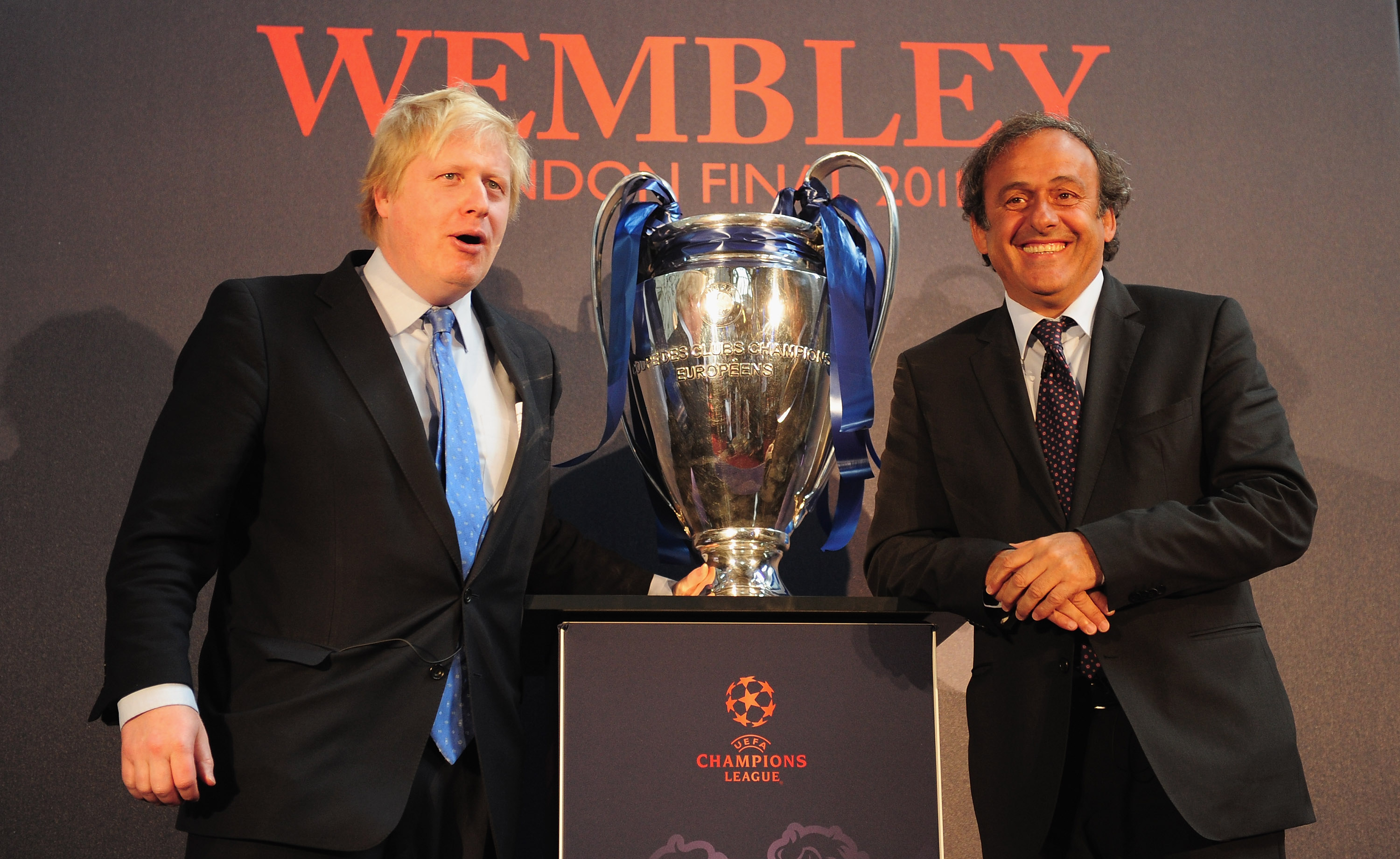 The winner of the UEFA Champions League receives the European Champion Clubs' Cup, which is referred to as the Coupe des Clubs Champions Européens, or simply the European Cup.

For the 1992-93 season the tournament was re-named the Champions League after being named the European Cup prior to 1993.

The tournament is the highest form of competition amongst European soccer club teams.

Spanish club Real Madrid has won the competition nine times, the most of any club. 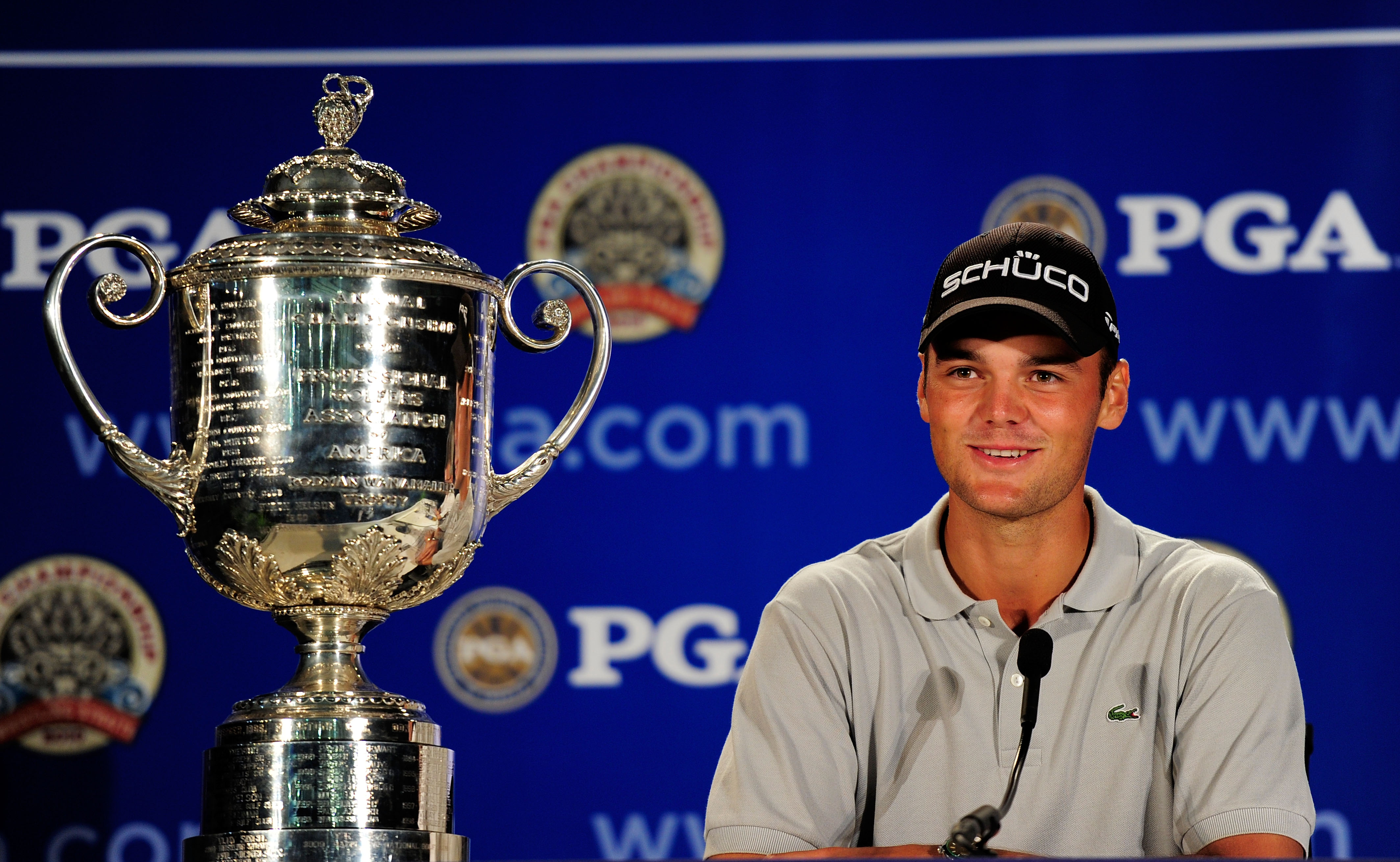 The Wanamaker Trophy is given to the winner of the PGA Championship, the last of golf’s four major tournaments each season.

The trophy is named after Rodman Wanamaker.

This trophy is so massive that it just beams accomplishment. 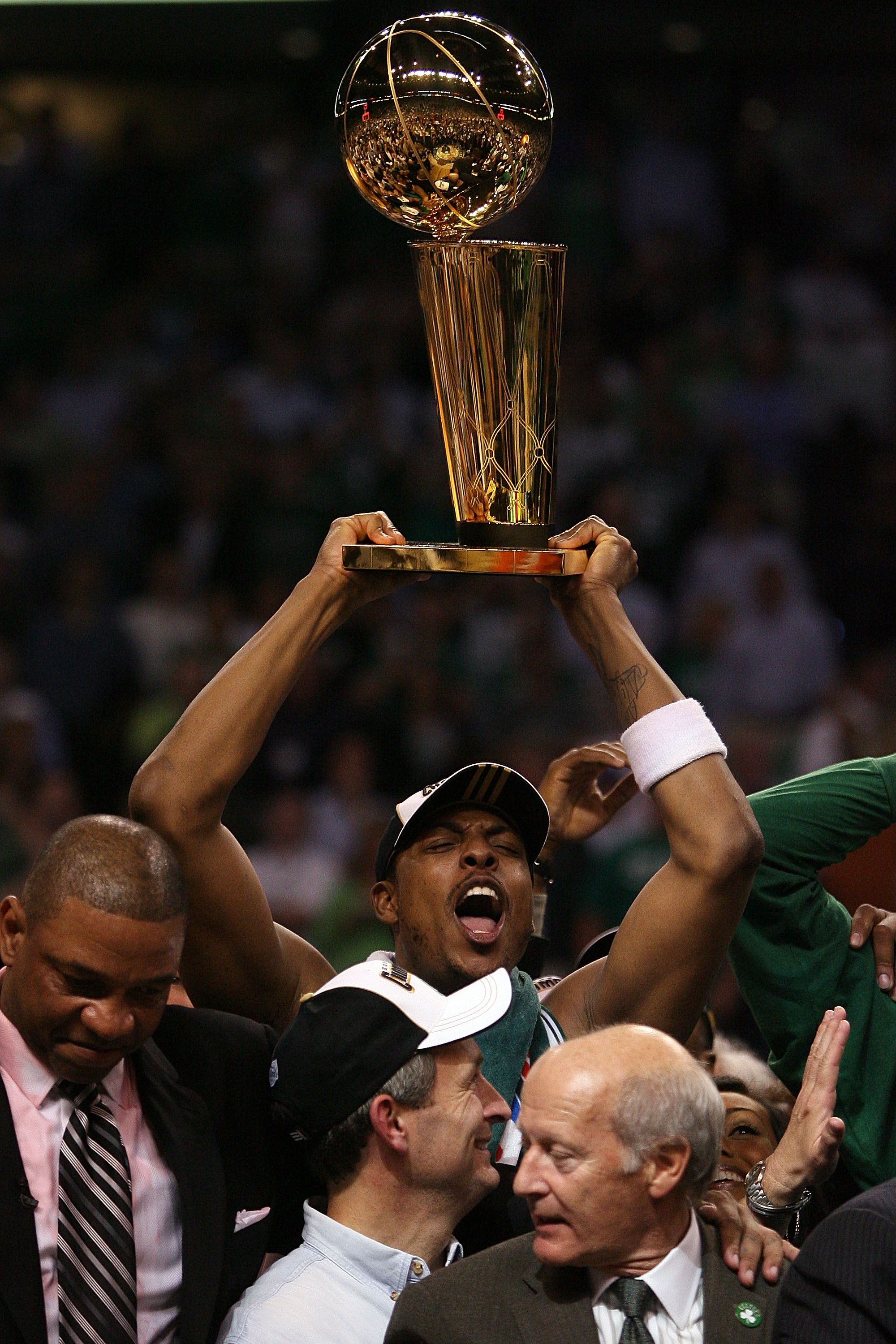 The winner of the NBA Finals is given the Larry O’Brien Trophy, named after former NBA commissioner Larry O’Brien.

The trophy was created in 1977 to replace the Walter A. Brown Trophy. In 1984, it was named after Larry O’Brien.

The gold basketball at the top is nine inches in diameter, which is about the size of a regular NBA ball.

The trophy itself is worth about $13,500. The Boston Celtics have the most NBA titles with 17, but the Los Angeles Lakers have won this specific trophy 10 times, the most since its inception in 1977. 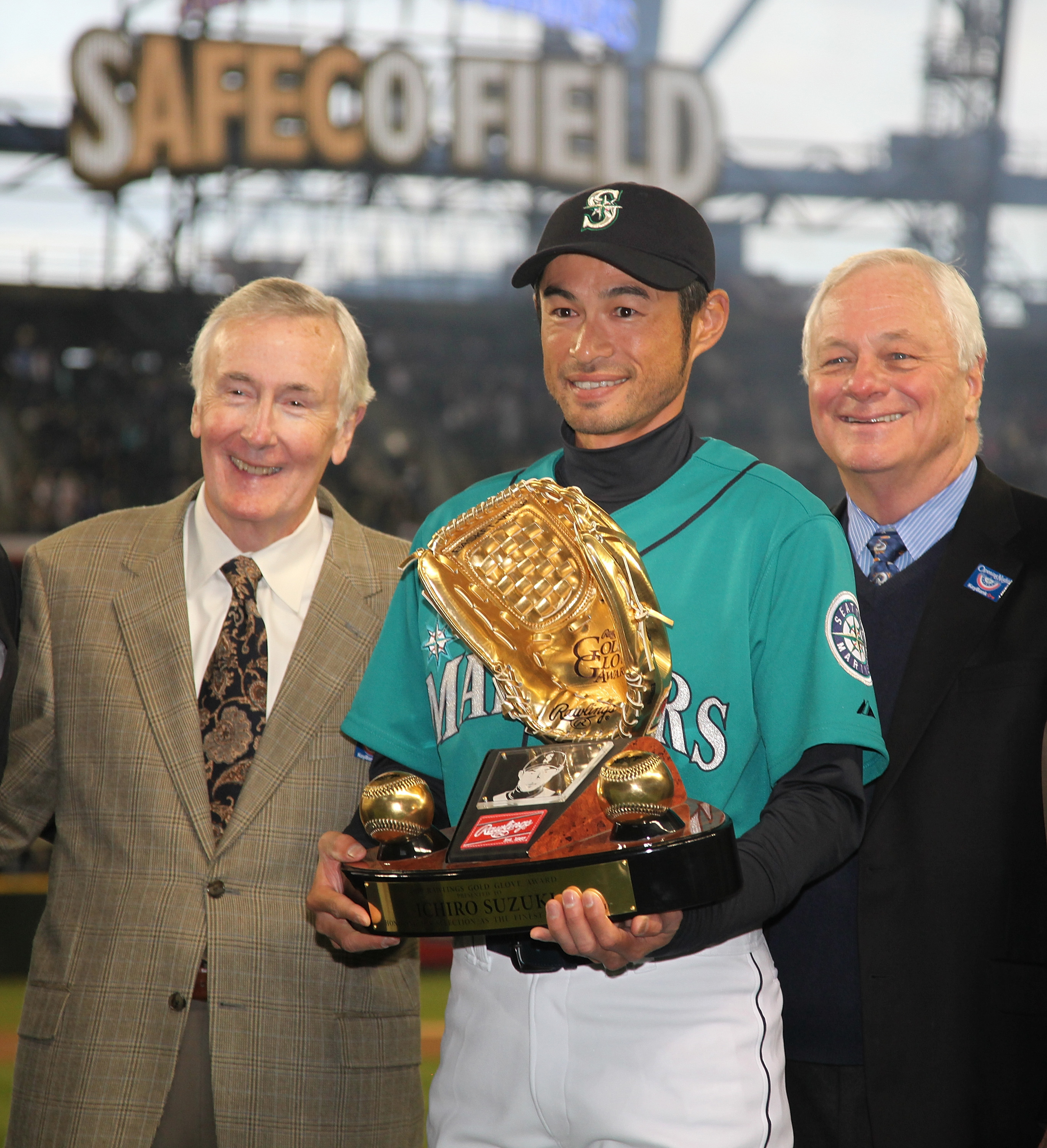 The Rawlings Gold Glove award looks just like it sounds—a gold replica of a baseball glove.

It is awarded to the player who exhibits the best defensive performance at each of baseball’s positions for both the American and National League.

An interesting note about the award is that is it not position specific in the outfield. If three center fielders deserve the award in either league, they can each win one. Each outfield position does not get its own Gold Glove winner.

Pitcher Greg Maddux has won the most Gold Gloves ever with 18, all coming in the National League, including 13 wins in a row from 1990 to 2002.

This is one of the coolest awards in baseball and is given to the players who make some of the most exciting plays on the baseball field. 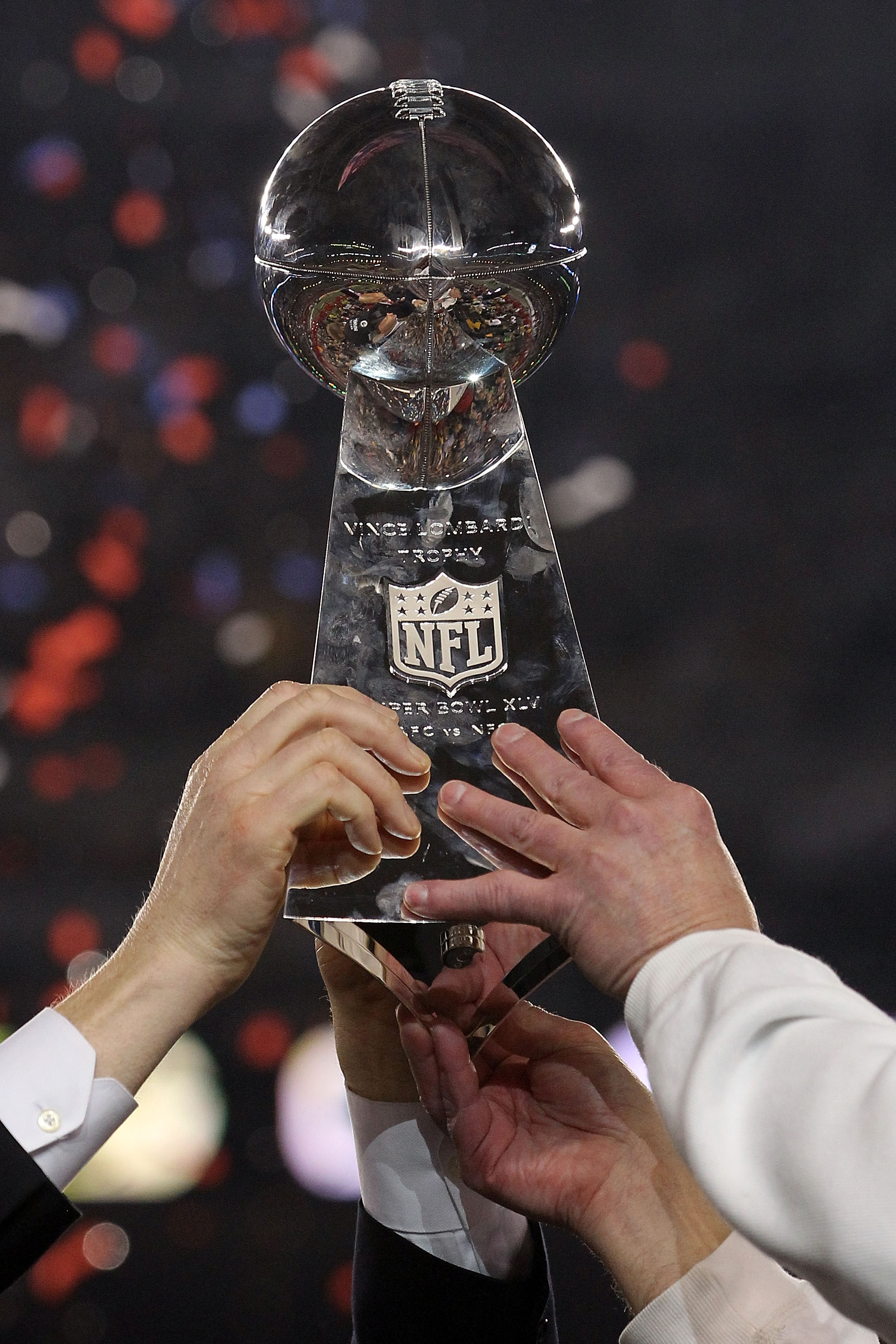 Named after legendary Green Bay Packers coach Vince Lombardi, this award is given to the winner of the Super Bowl, the champion of the National Football League.

Since football is the nation’s most popular sport at the pro level, this trophy is an icon in American sports.

The Pittsburgh Steelers have won the most Lombardi Trophies of any team with six. 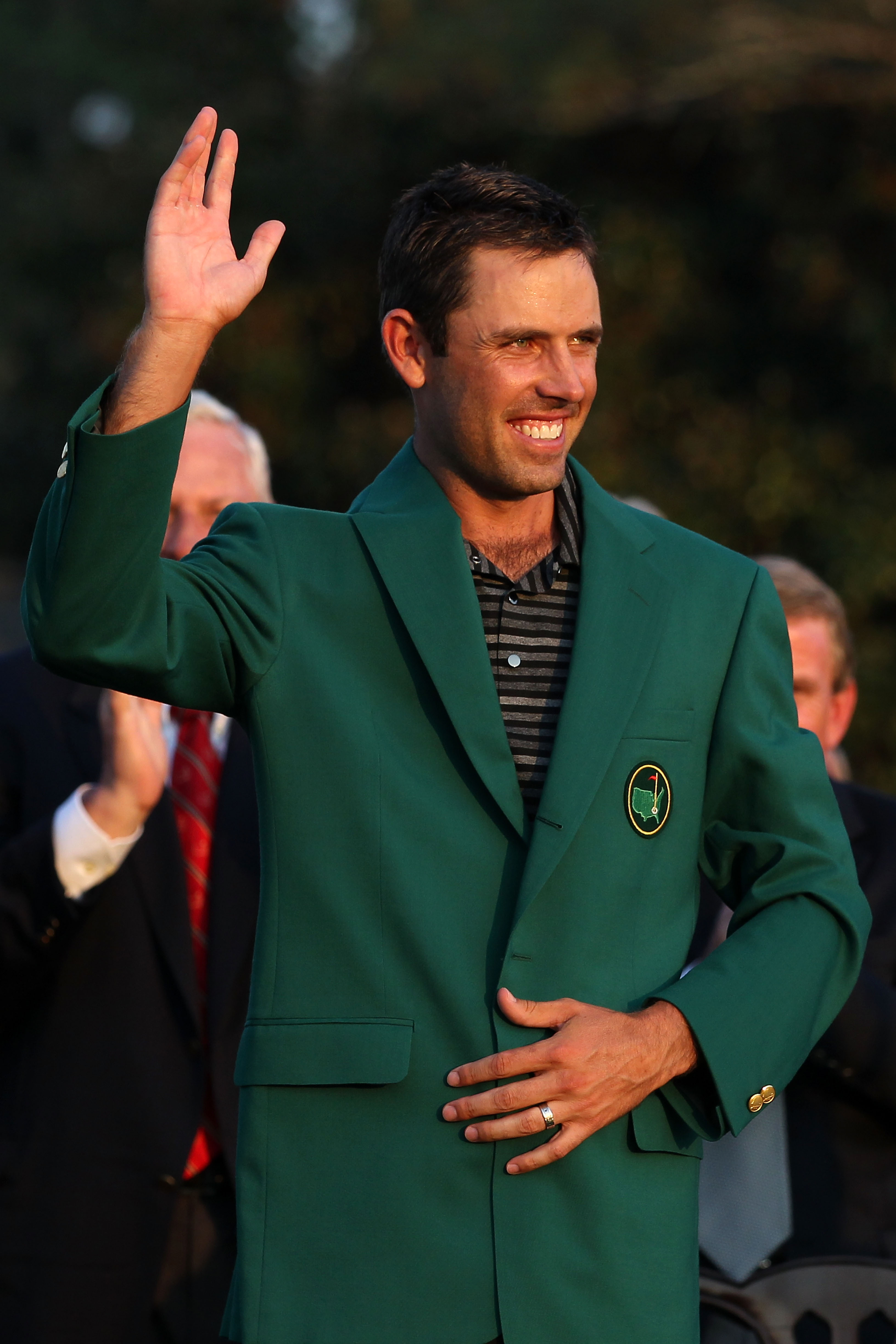 Although not necessarily a trophy, the prestige of the green jacket makes it so special.

It is given to the winner of the Masters, golf’s most popular and prestigious tournament, played each year at Augusta National Golf Club in Augusta, Georgia.

The green jackets are awarded each year and are not allowed to leave the club.

Putting on the green jacket as the Masters champion is a tradition that dates back to 1949. 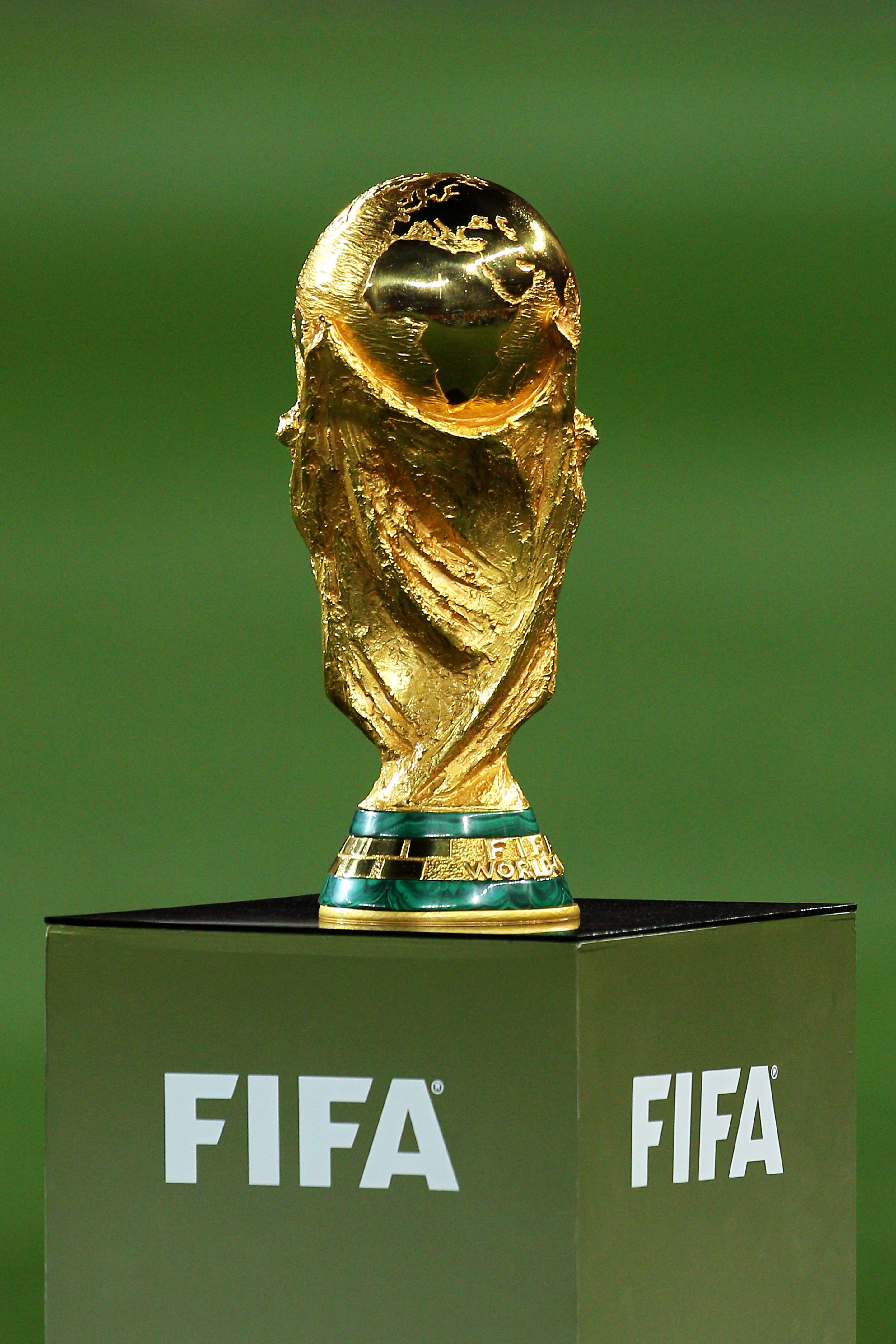 Brazil has won the tournament five times—the most of any country.

Any trophy given to the winner of an event that happens every four years is special. Players only get one, two or maybe three chances in a lifetime to win a trophy such as this. 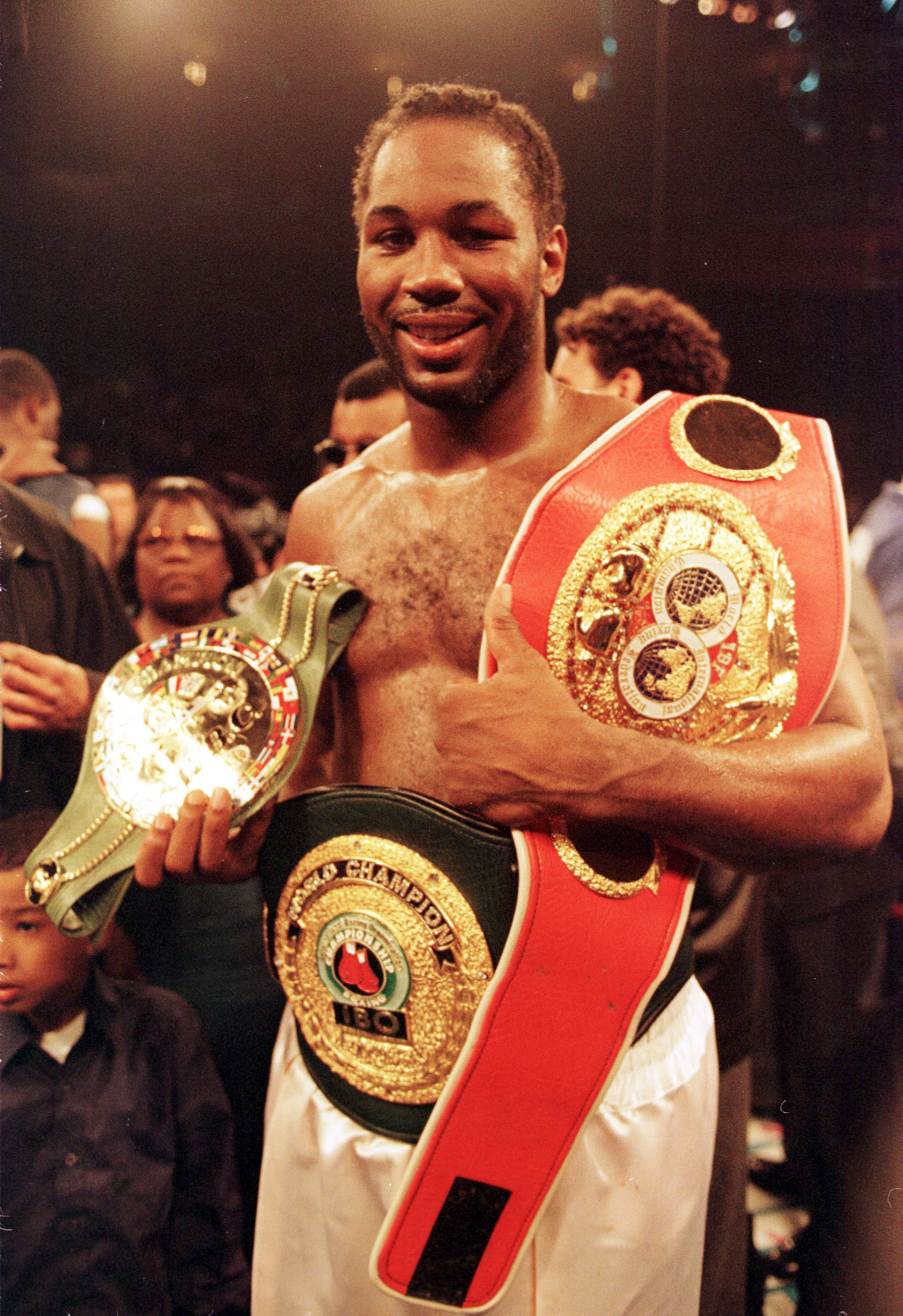 Although boxing is not as prominent in our culture as it used to be, you can argue that the Heavyweight title belt is one of best awards in sports.

Winning the heavyweight belt is so hard to do, and it’s even more difficult to defend.

Nothing makes you look more bada** than strapping this belt around your waist as the heavyweight champion of the world.

Then again, maybe Aaron Rodgers of the Green Bay Packers will help make the title belt a part of pro football. 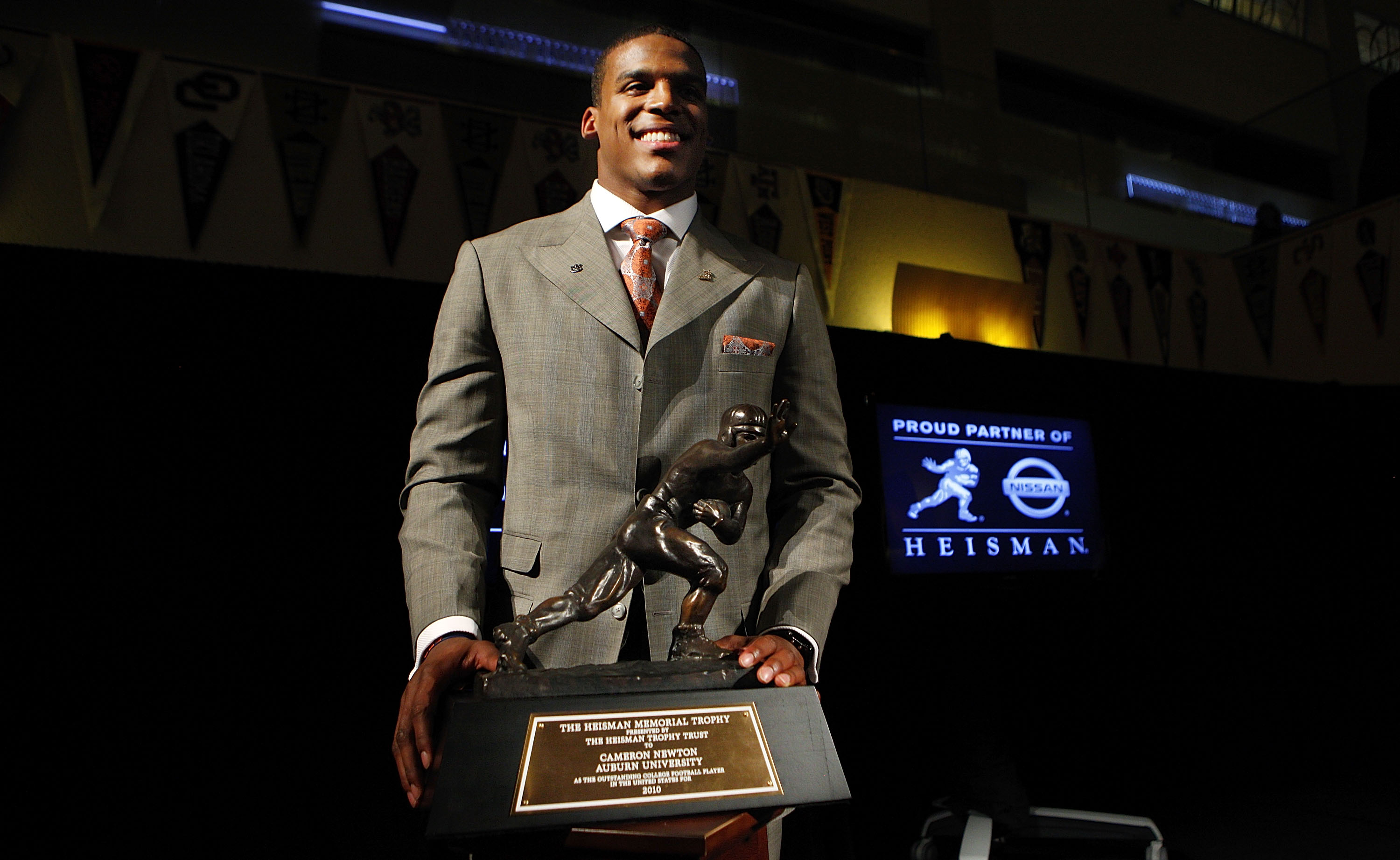 The Heisman Trophy is one of the most popular trophies in sports, and has been awarded to the nation’s most outstanding college football player since 1935.

What makes the award awesome is the pose of the player on the trophy.

I’m sure many fans of college football have struck the “Heisman pose” identical to the one on the trophy at least once in their lives.

Out of all the MVP and MOP awards in sports, the Heisman race is the most talked about of them all.

The fraternity of the past winners of the award makes the Heisman Trophy very special as well. 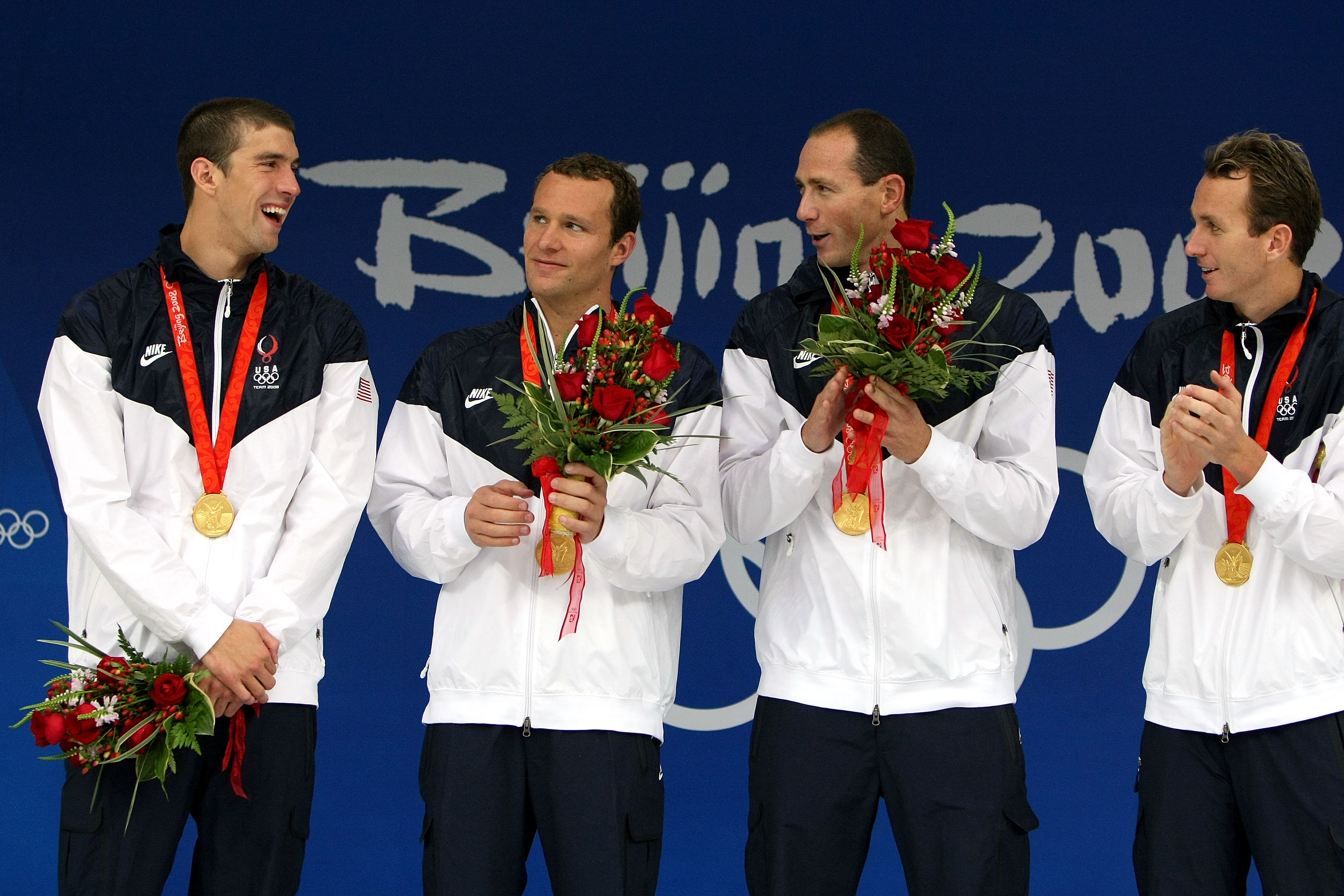 No award means more to an individual than an Olympic gold medal.

Athletes train extremely hard for four long years only to have their hours and hours of practice decided in sometimes only a matter of minutes.

Receiving a gold medal at the Olympics and having your national anthem played for everyone to hear is such a special moment that it often results in tears running down the face of the winner.

You could argue there's no worse place to finish second than at the Olympics. The difference between the gold and silver medals is so great.

“It weighs 35 pounds…except when you’re lifting it.”

Is there really a better trophy in all of pro sports than Lord Stanley’s Cup? No. Not even close.

The winner of the NHL’s Stanley Cup Finals receives this trophy, which is the symbol of the sport.

The body of the Cup has the names of each player, as well as coaches and management from past winners.

When the Stanley Cup is in your presence, or you hear the TV announcer exclaim, “The Cup is in the building,” you just get chills down your spine. You don't even have to be a diehard hockey fan to feel the energy.

One of the many traditions surrounding the Cup is that the winning team drinks champagne from the Cup during its postgame celebration.

Another is that each player gets to take the Cup wherever they want for a short period of time, usually the player’s hometown. It is always accompanied by at least one representative from the Hockey Hall of Fame.

The commissioner of the NHL always hands the Cup to the winning team’s captain to hoist in the air and take around the ice.

However, in 2001, Colorado Avalanche captain Joe Sakic received the Stanley Cup from the commissioner and immediately handed it to teammate Ray Boruque, who had joined the Avalanche after playing so many seasons with the Boston Bruins without winning the Stanley Cup.