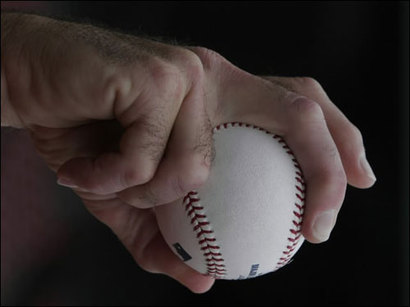 There is an unmistakable link between the warrior tales of classical history and those of popular sports.  Both contain a rich mythological tapestry where lifelong loyalties are forged and heroes are made of men.

Among these heroes are the craftsmen, for the annals of Baseball lore are rife with the names of the masters of their particular arts.

Home runs are the domain of the Herculean—demigods like Aaron, Ruth, Mantle, McGwire and Bonds.

Stolen bases were left to those who worshiped at the alter of Artemis like the fleet-footed Cobb, Hamilton, Brock and Henderson.

However, there are those who chose a different path—one that differed from the raw physicality of their brothers at arms.

The wizards of the curveball arts. 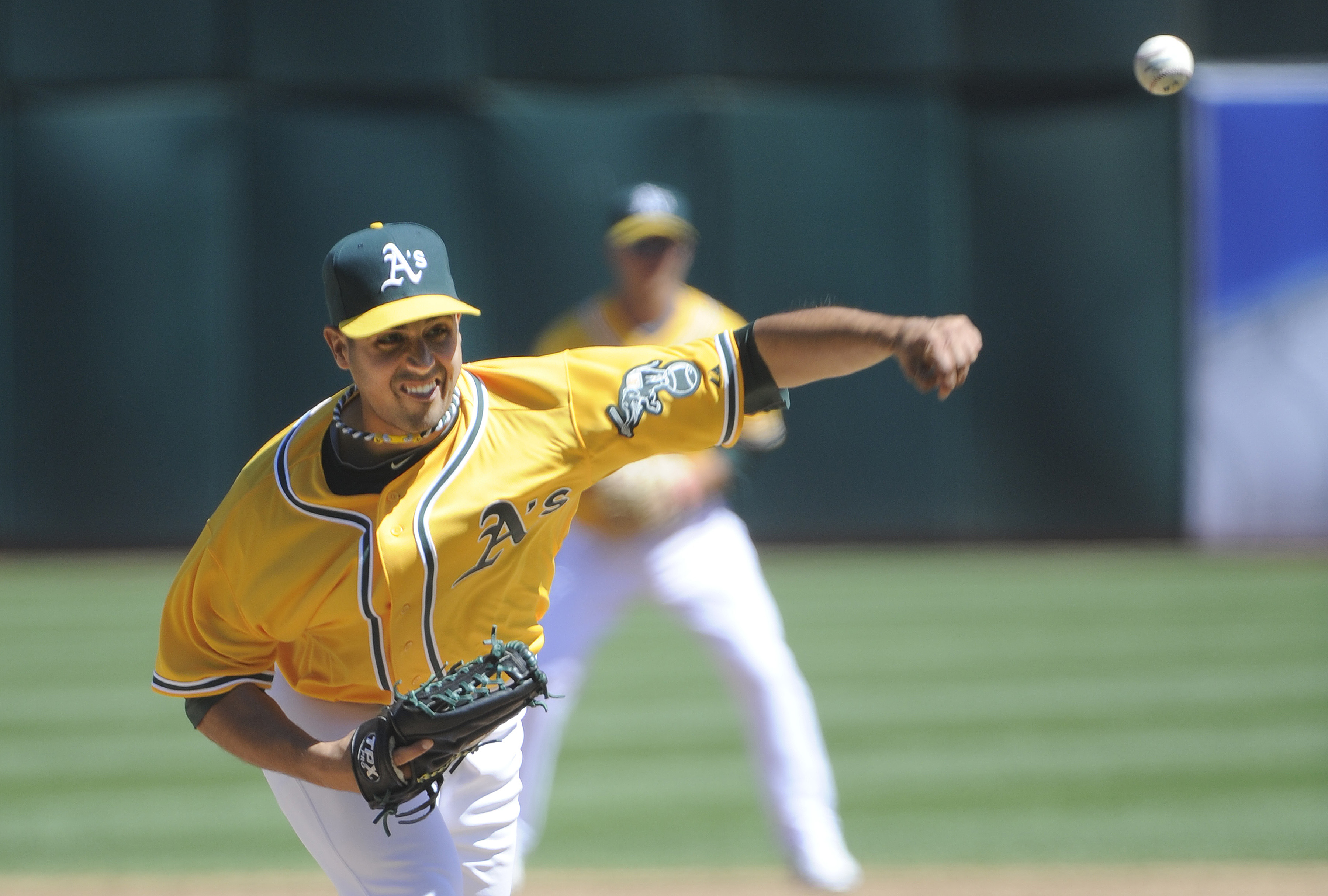 After being traded a few times as a prospect, Gio has finally found a home in Oakland, where he rewarded their loyalty and trust with a breakout season.

Statistically, Gonzalez was one of the league's most effective curveball pitchers last season.  He routinely throws it at very sharp angles as his "out pitch" and relied on it quite a bit as the season progressed.

Gio's success is his ability to pick the high corners, which seems to force batters into popping up. 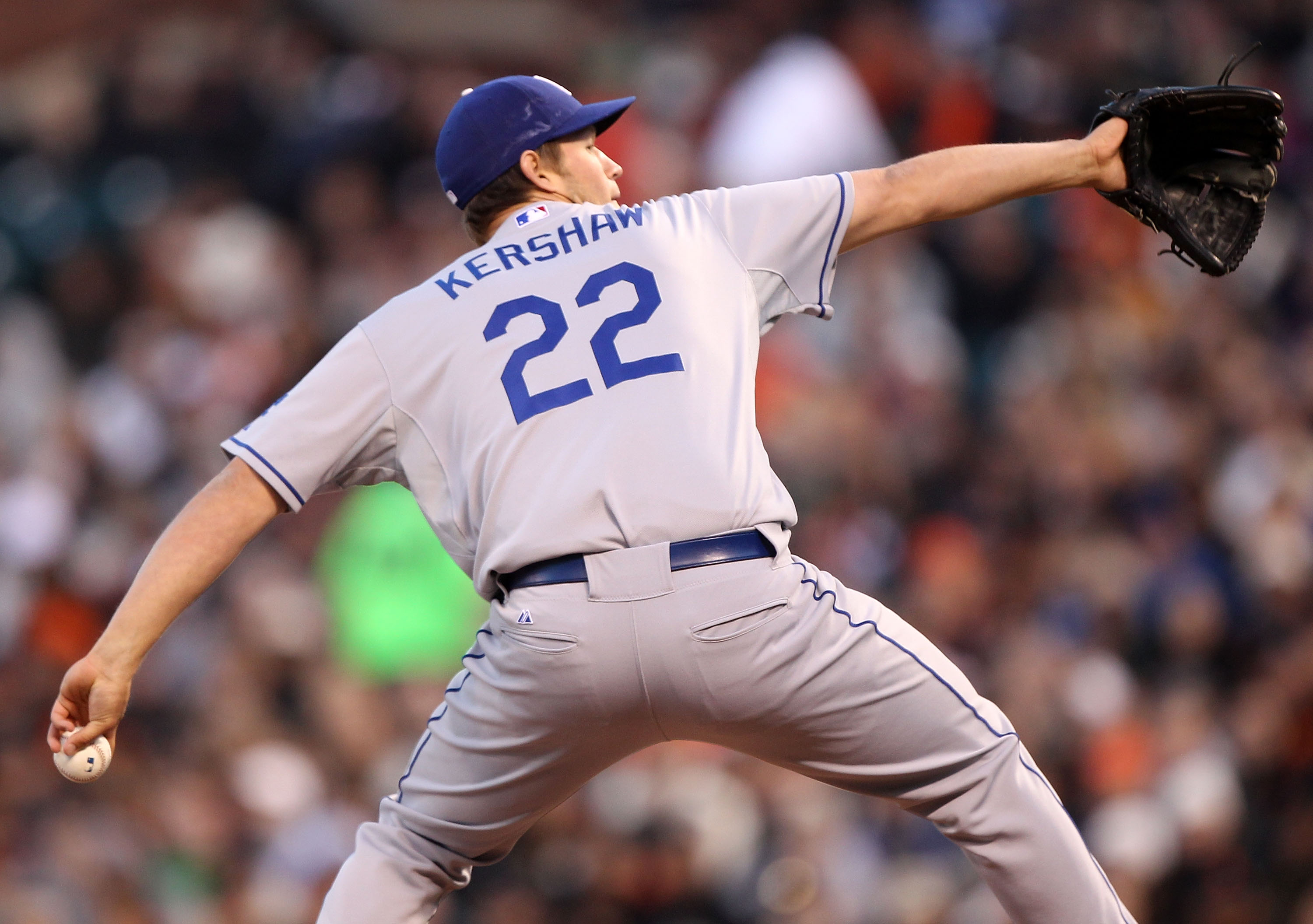 Kershaw is an electric young talent with some of the best stuff in all of baseball.  His weapon of choice?  A knee-buckling 11-to-6 curveball that he can throw in any count.

Although not the mythical 12-to-6 that really excites people, what makes Kershaw's so deadly is that he throws it like a changeup.  His mechanics look almost exactly like he's gearing up to throw a 97 mph laser, which just isn't fair.

Consistency and experience could bump him up this list very soon. 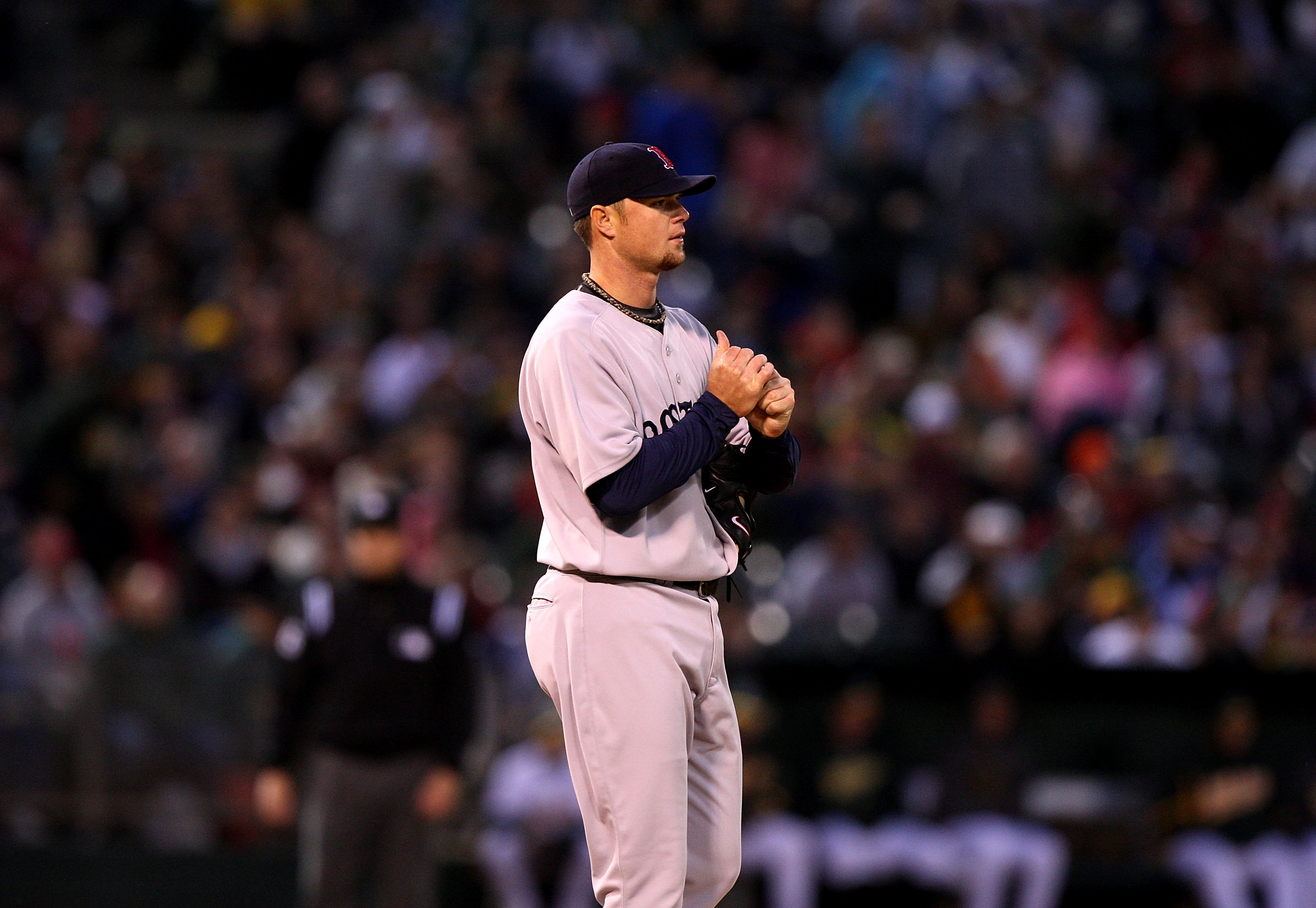 It's taken a few extra seasons for him to develop (cancer can have that effect), but after a breakout 2009, Lester followed up with a 2010 season that had him in the conversation for a Cy Young Award.

Perhaps it's no coincidence that he lost to Felix Hernandez, because both are considered to be among the very best curveball pitchers in the league.

Like fellow knee-buster Clayton Kershaw, Lester is another tall lefty with an 11-to-6 curve that he disguises well.  What sets him apart is nothing more than consistency. 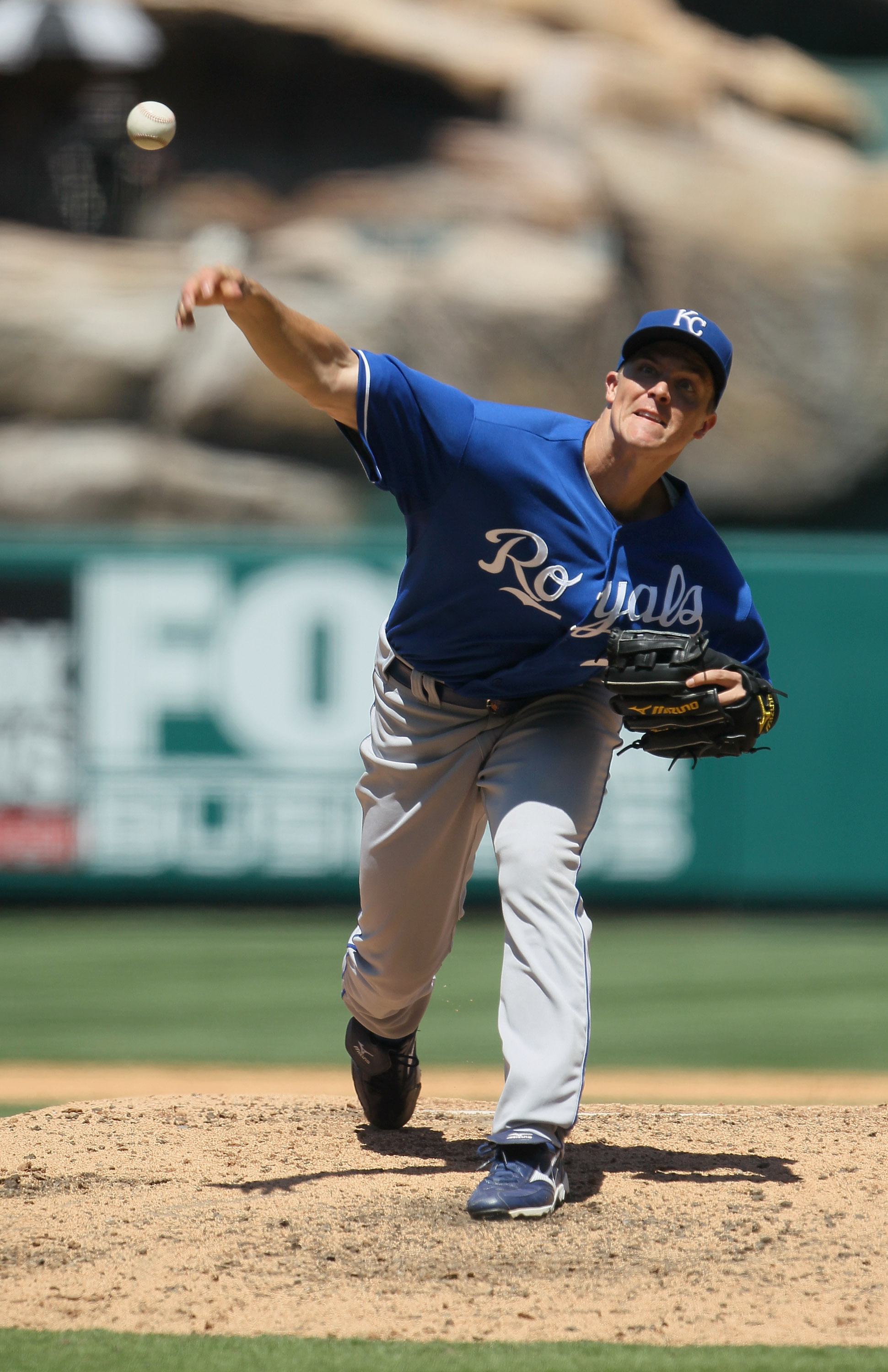 As a pitcher, I'm not a Zack Greinke fan.  I find him flaky and inconsistent with his effort.  However, based on raw ability alone, he deserves to be on this list.

Greinke came in to the league with a lethal, though very wild, 12-to-6 curveball.  What has allowed him to be successful is his ability get the pitch over with a huge variation in speed—bottoming out at 67 mph and maxing out at 83 mph.

However, to harness his control, he's been forced to alter his delivery, which has lowered his break to a still-deadly 11-to-6.

If he can stay healthy and focused, Milwaukee may have a really special player on their hands. 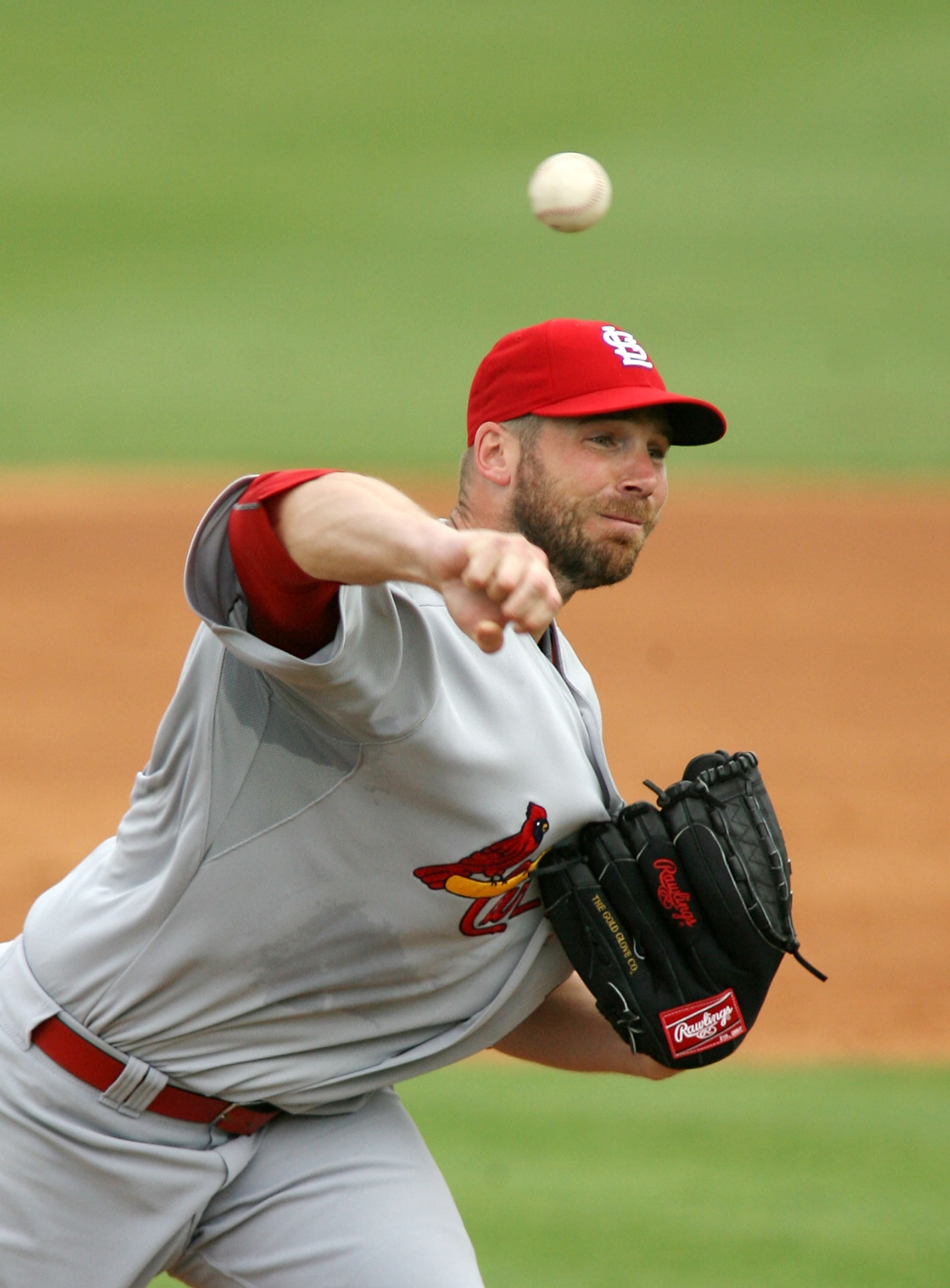 Chris Carpenter was drafted by Toronto fifth overall in 1993, and as an 18-year-old rookie, he already had the organization's best curveball.

After suffering through some injury troubles, Carpenter was unceremoniously dumped by new GM J.P. Ricciardi after the 2002 season.

Resurfacing with St. Louis in 2004, Carpenter was anything but a broken man as he fought his way back to prominence, ultimately winning a Cy Young in 2005. 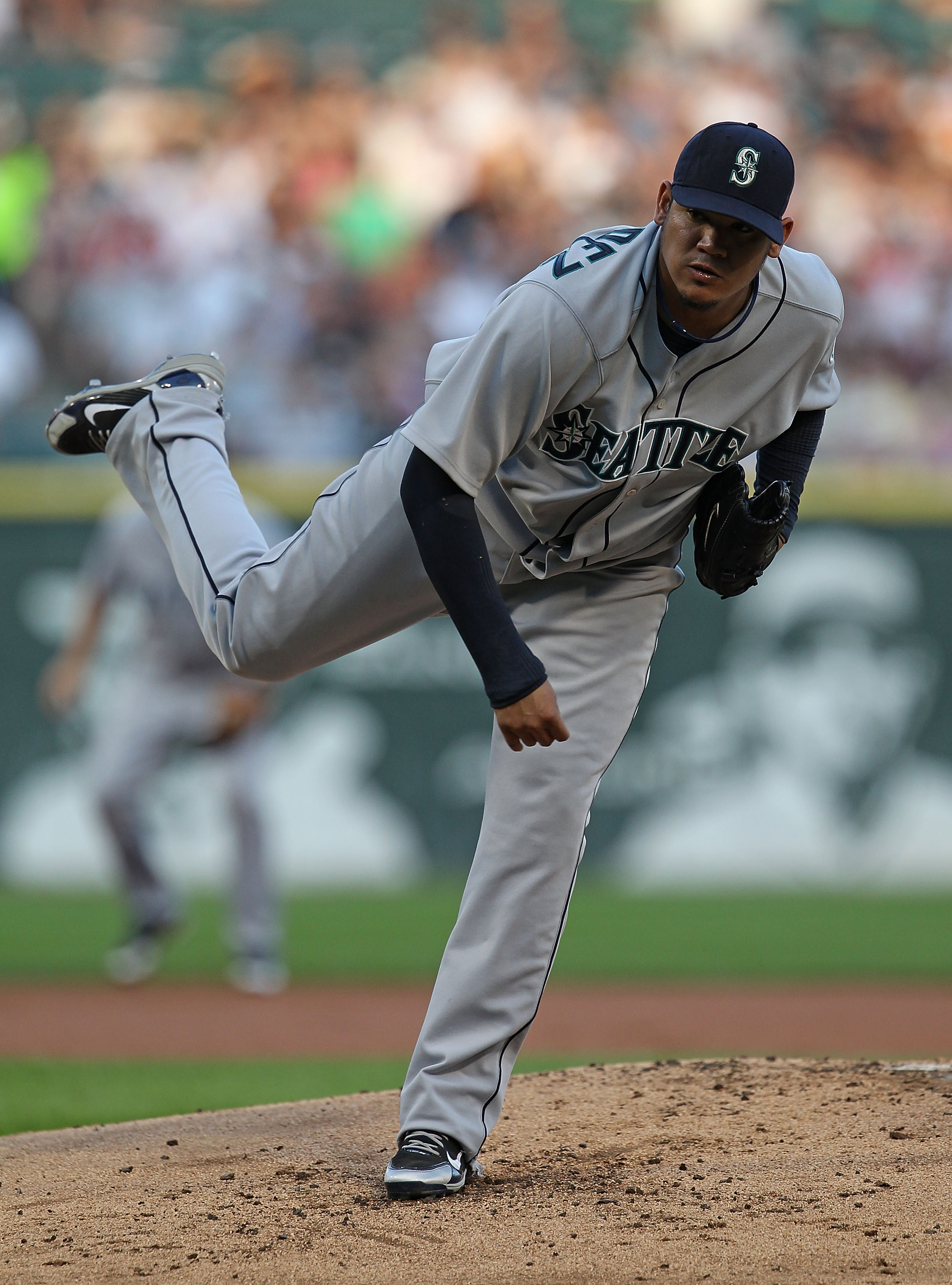 When Felix was 17, Baseball America wrote that he already had the best curveball in the Mariners organization.  They didn't come out and say that it included the major league club, but I suspect they secretly believed it.

Fast forward eight years, and Hernandez, fresh off his first Cy Young Award, not only has the best curve in Seattle, he's quickly making a case for best in the AL.

The only thing keeping him from a higher place on this list is that Hernandez's curve is considered more of a hybrid knuckle (or spike) curve.

Once he toes the rubber, however, that's nothing more than a meaningless distinction. 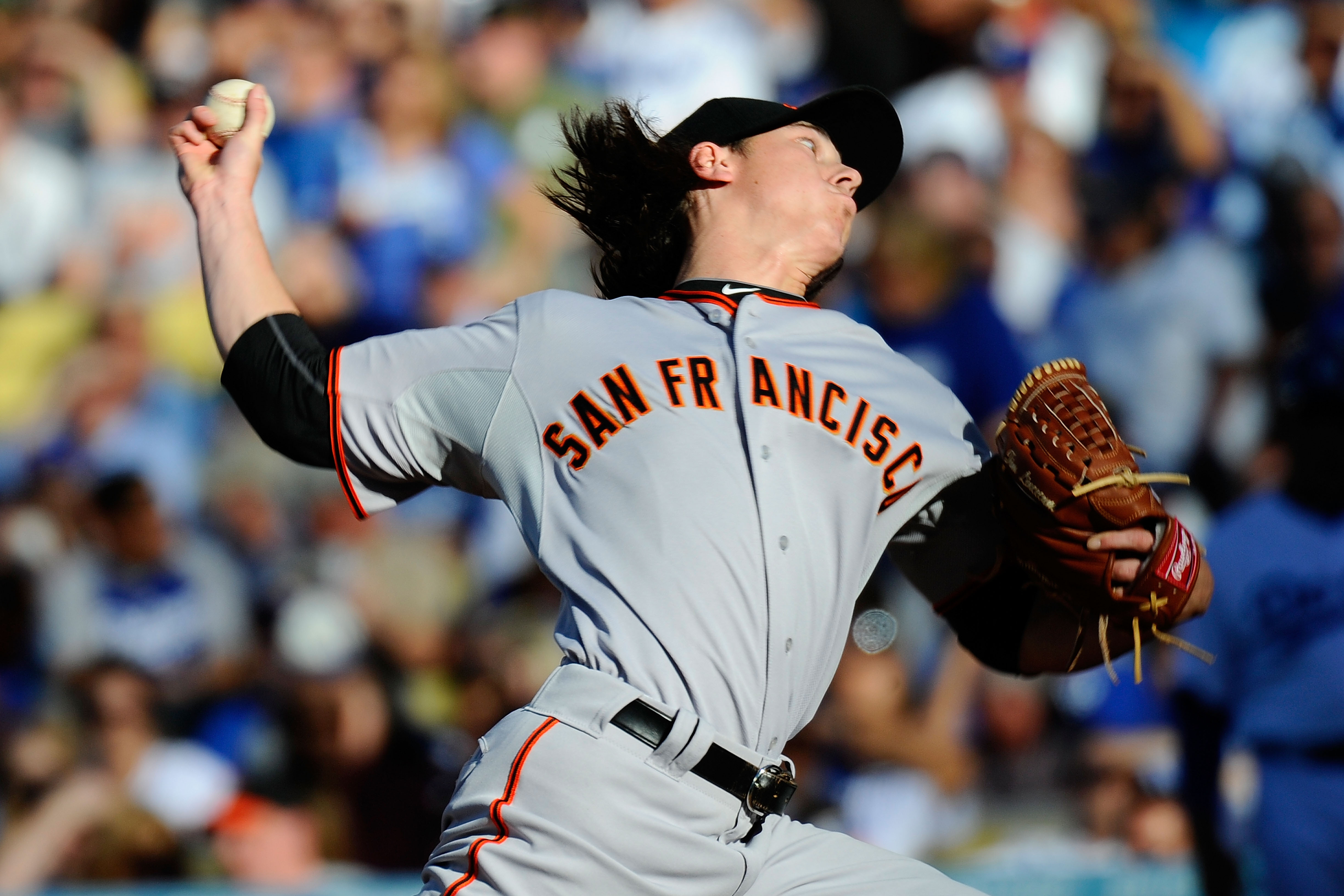 Tim's Dominance over the NL was usurped by Roy Halladay's migration from the American League.  Nonetheless, Timmy is still a generational talent and arguably one of the best curveball pitchers in the game today.

Strangely, Lincecum's status as a fastball/changeup pitcher has kept him out of most arguments when discussing curveballs.  However, the curve is actually his best pitch, as it breaks late and very sharp and his mechanics disguise it incredibly well.

Like the other names at the top of this list, Lincecum's curve is made more effective because he has a full arsenal of other weapons that are equally as good. 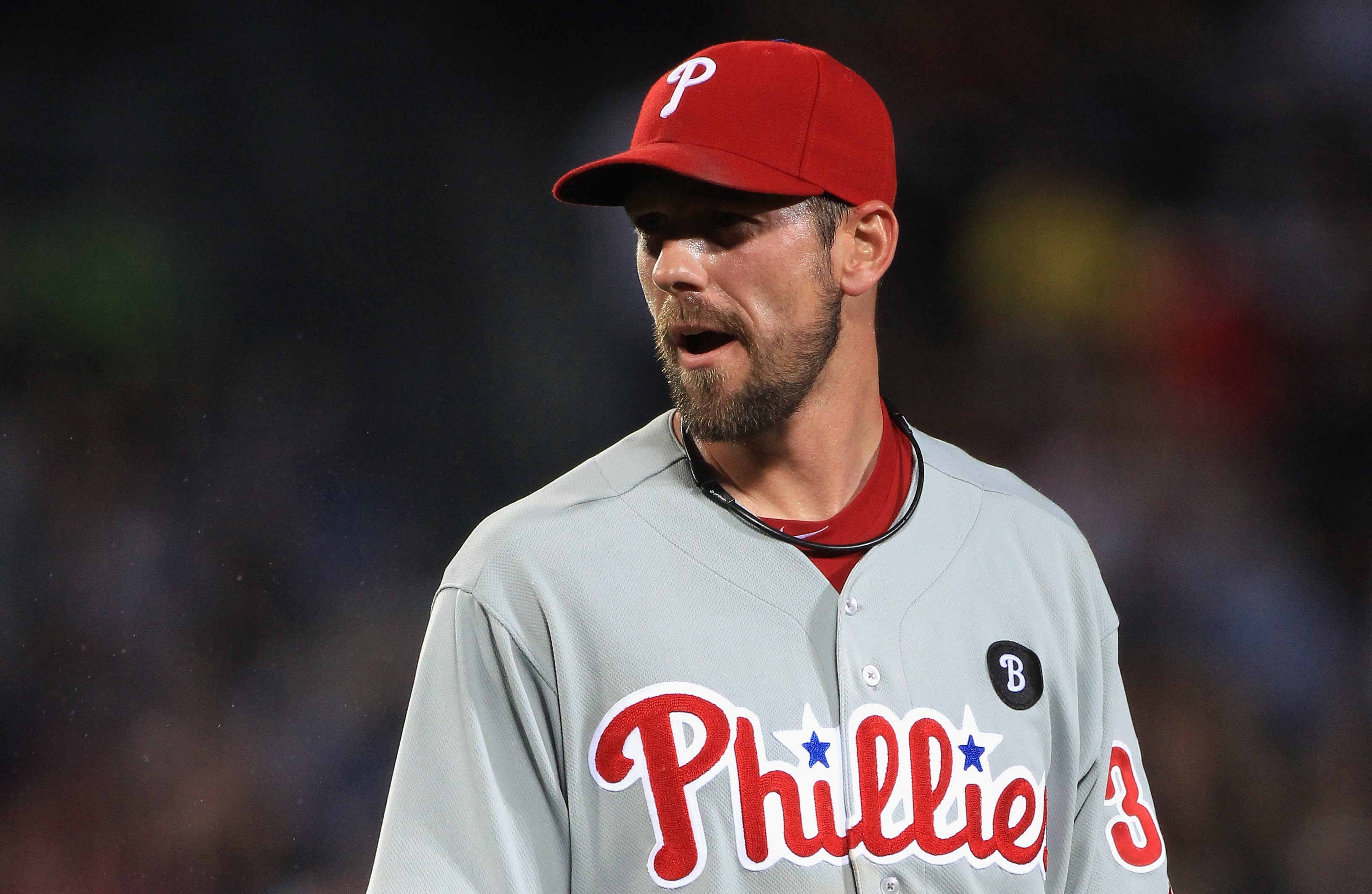 Cliff Lee likes to think he's a control pitcher who prefers a repertoire of fastballs cutters and changeups.  That's great for a middle-reliever but Lee wouldn't be anywhere near as successful without his filthy curveball.

Matt Gelb of philly.com provides a great example of this:

"The 60th pitch Cliff Lee threw Thursday night was a curveball...He threw Desmond a curve on the next pitch and he swung at air again for strike three to end the sixth inning...Hmm...That might be the most amazing part of Lee's complete-game shutout. He threw seven curves from the sixth inning on. Washington hitters whiffed at five of them. Four were on strike-three pitches...Nasty."

Cliff, come out of the closet.  You, sir, are a curveball pitcher. 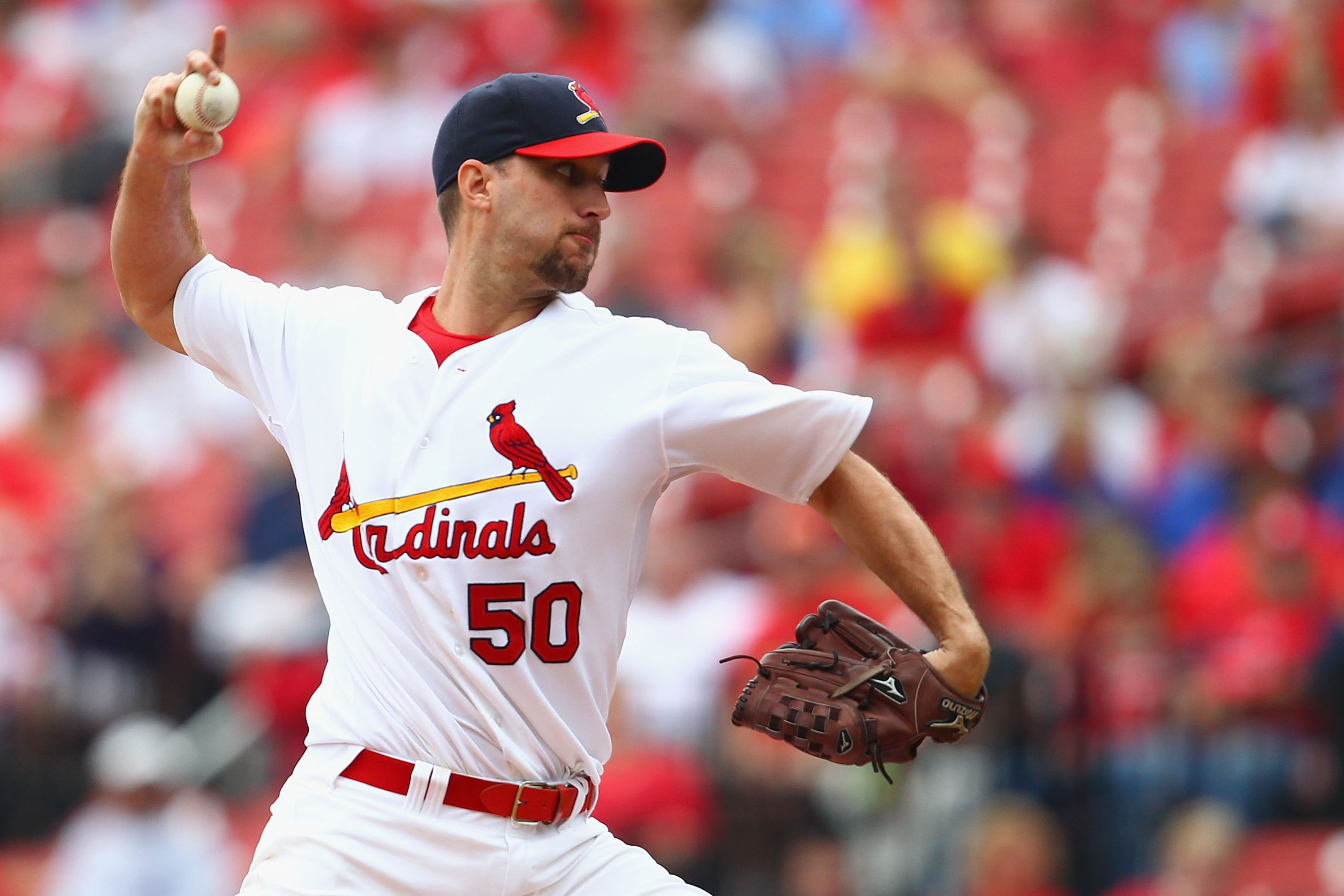 Sadly, Adam Wainwright will not pitch this season after undergoing elbow surgery.  So why is he on this list?

Based solely on pure stuff, Wainwright might have the best curve in baseball today.  He can throw it at both 11-to-5 and 12-to-6 and his break has been recorded at a ridiculous 18 inches—though he averages about 16-16.5 inches (also filthy).

The fact that he has also possess a lethal cutter and fastball just makes his curveball that much more effective.

1. Roy Halladay: Grand Master of the Order of Merlin 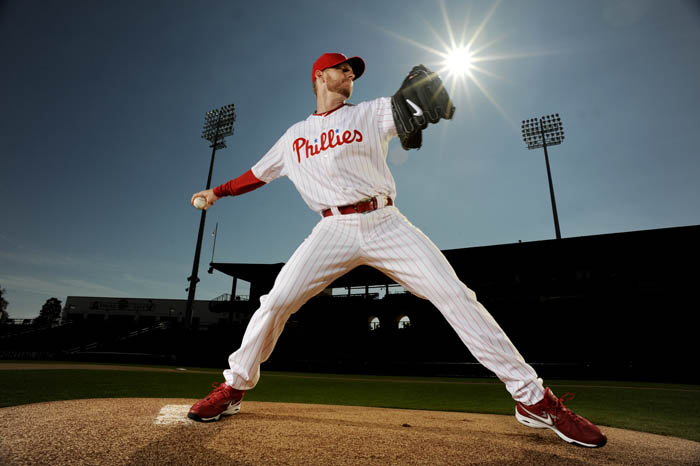 Regardless of my documented man-love for the Doc, there is simply no one in baseball today who can match his power/control combo.  When you include his intensity, focus and unflappable demeanor, you get the best pitcher in MLB.

What does that have to do with his curveball?

It's his out pitch.

Best of the Rest 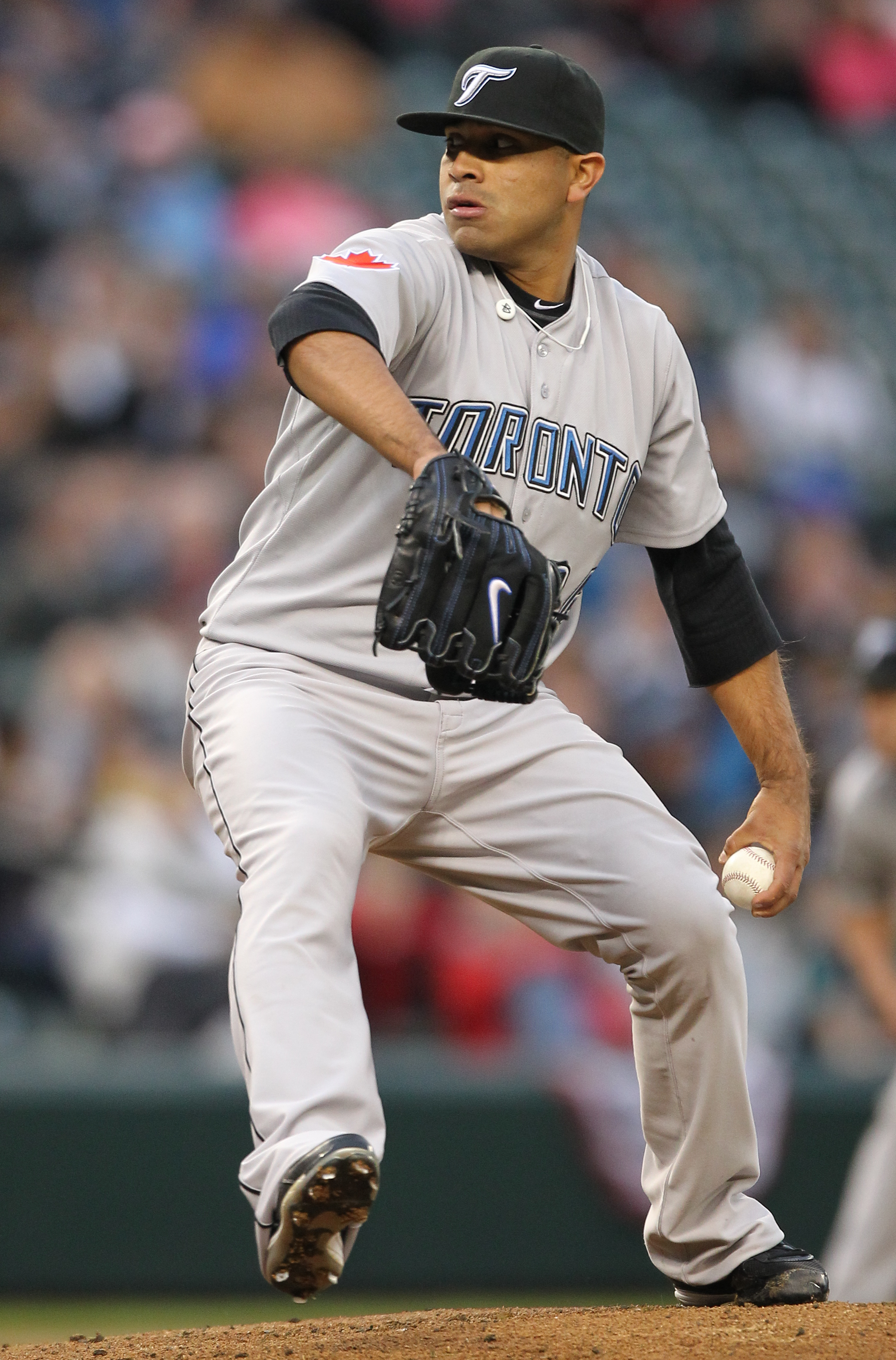