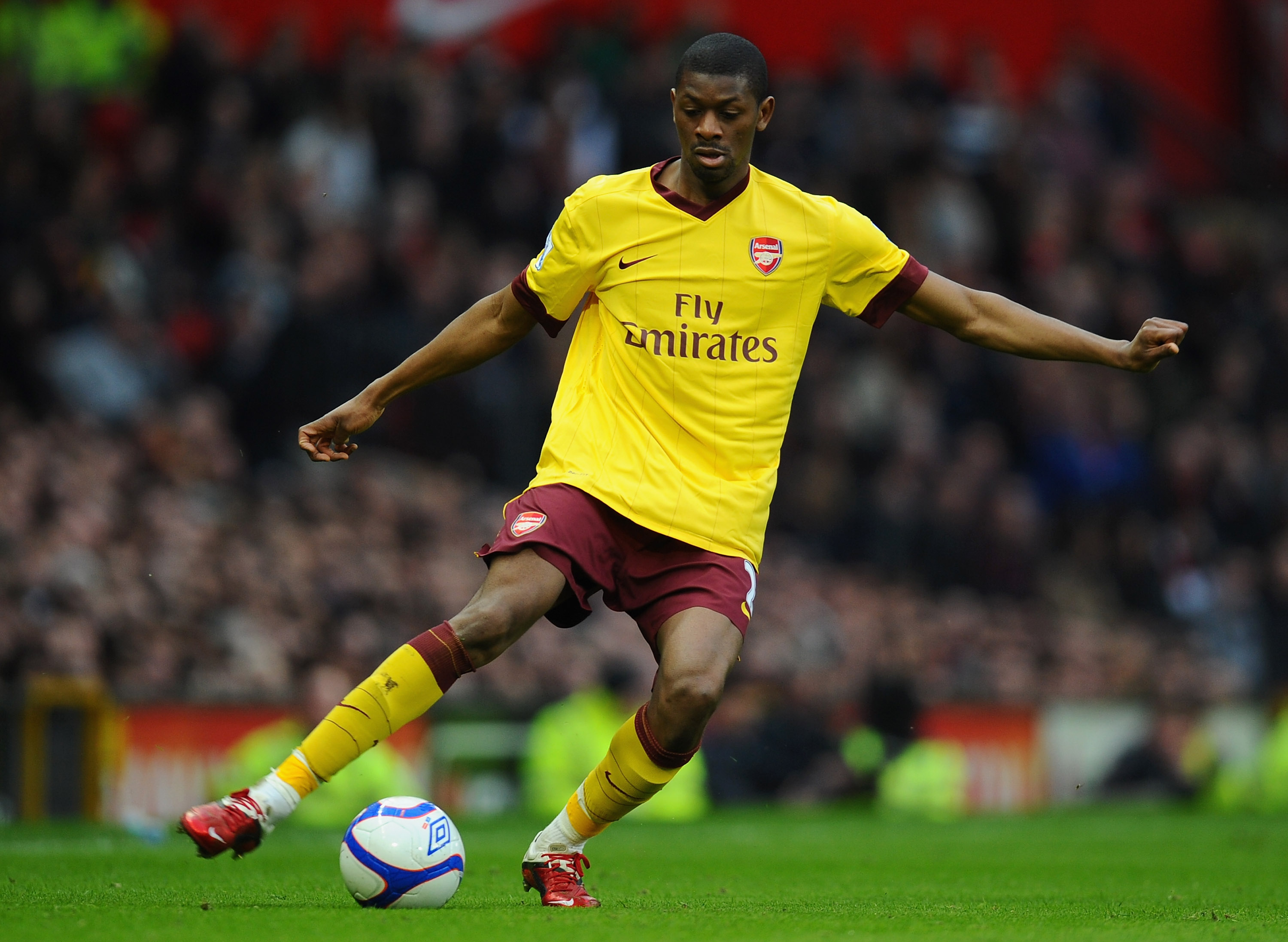 Red and White—the colours predominantly associated with the dominance of North London, thanks to EPL giants Arsenal.

Renowned as one of the most successful, entertaining and wealthiest clubs in World Football, the Gunners have always donned the traditional red and white colours since their introduction to football in 1886 as Dial Square.

Success has never been far from Arsenal, particularly since the Arsene Wenger era began in 1996.

Although fans and critics may argue differently, there is no denying the North London giants are a quality, premier club whose jersey's are renowned throughout the world.

So, as a tribute to the success of the Red and White, this article power ranks a number of the club's kits in the EPL era, beginning in 1992.

The various sponsors, alternate patterns alongside the blinding bright red and white form quite frankly the simplest, most elegant jersey in World Football.

Nonetheless, let's take a look at Arsenal's top 10 kits in the EPL era. 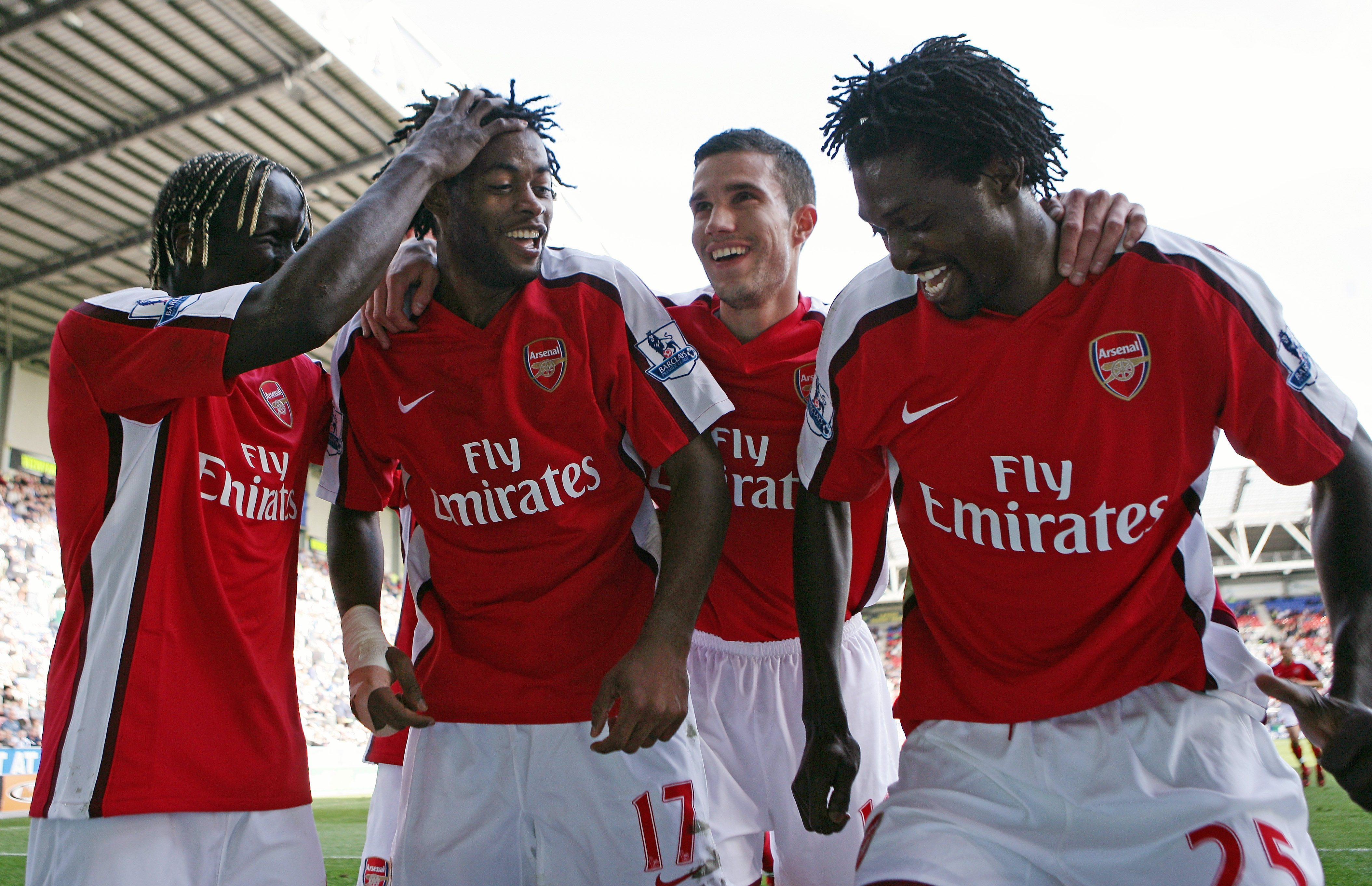 Worn during seasons 2008/2009 and 2009/2010, the predominantly red shirt with white sleeves saw Arsenal acquire no silverware whilst wearing it.

However, the kit signified the modern day Arsenal and is more than trendy on the air as it was slightly more unique to the traditional red and white kits. 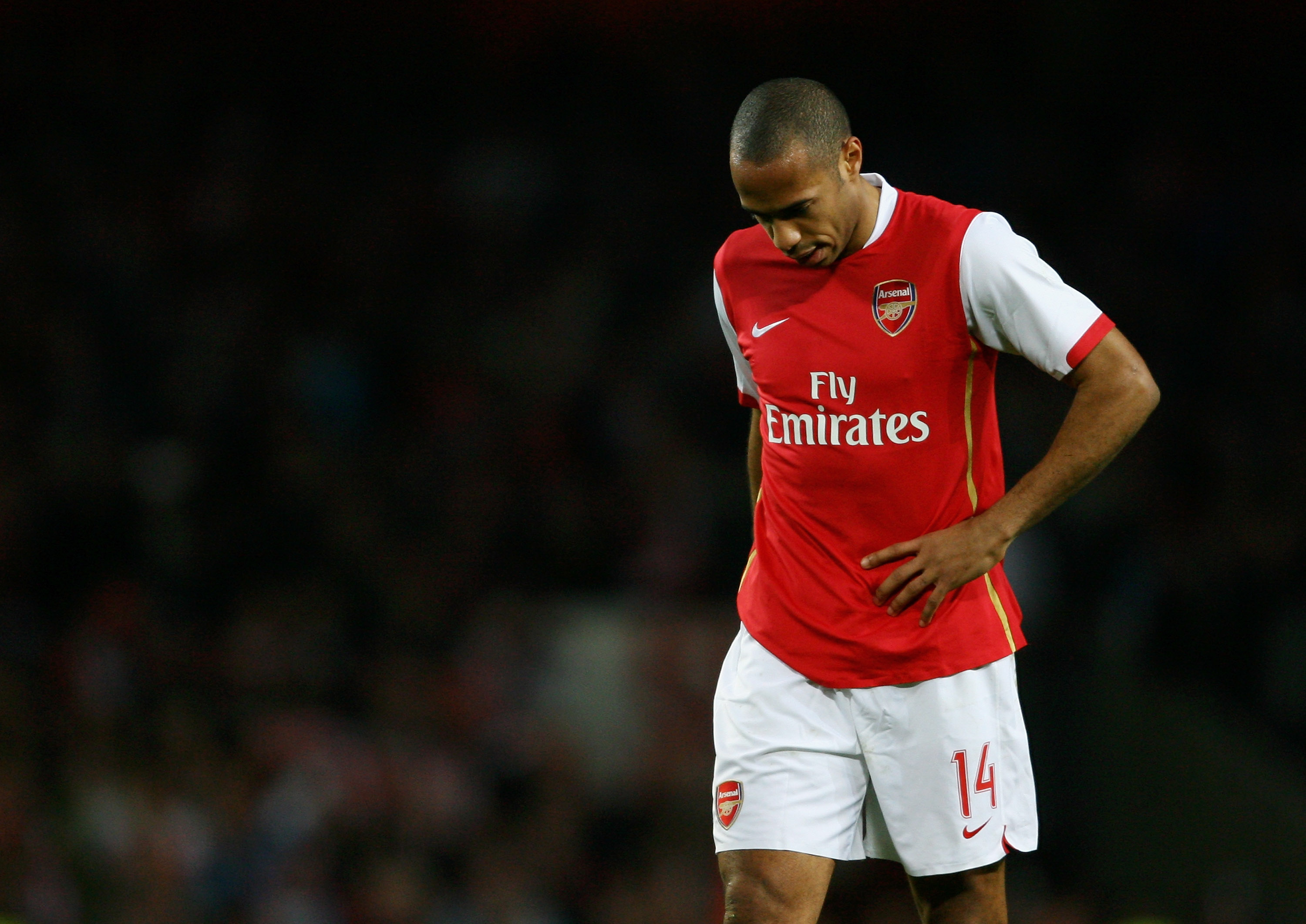 The traditional red shirt with white sleeves was given an extra dimension, with two gold stripes added down either side of the torso.

The kit was the last that Arsenal great and sharpshooter Thierry Henry ever wore, but unfortunately no trophies were ever secured whilst the Gunners donned this kit. 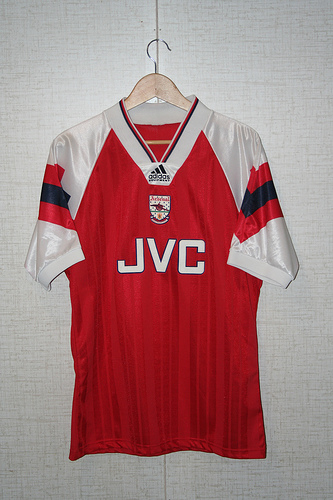 This is the kit that Arsenal first wore in the Premier League, in the competition's inaugural season in 1992/1993.

The jersey includes a slight black stripe on both the neck and sleeves and, of course, is sponsored by Adidas, rather than Nike, who now sponsor Arsenal.

Japanese company JVC, who were associated with SEGA, were also shirt sponsors.

With George Graham as manager, the Gunners became the first club to win both domestic cups in the same year, during the 1993/1994 season.

One can bet that this kit played a vital role. 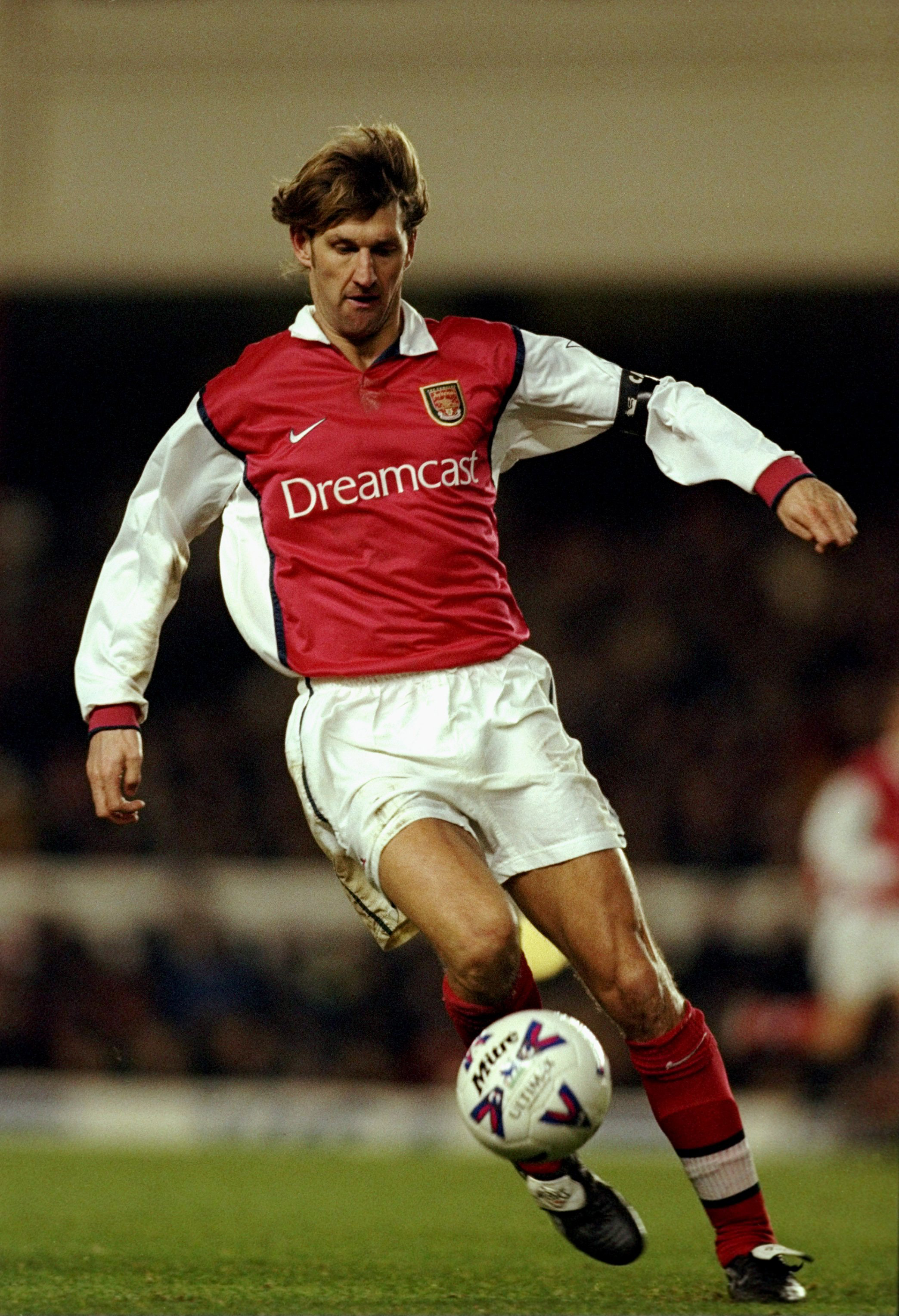 With Arsene Wenger more than established at Arsenal, a new shirt-sponsor was unleashed for the 1999/2000 season. 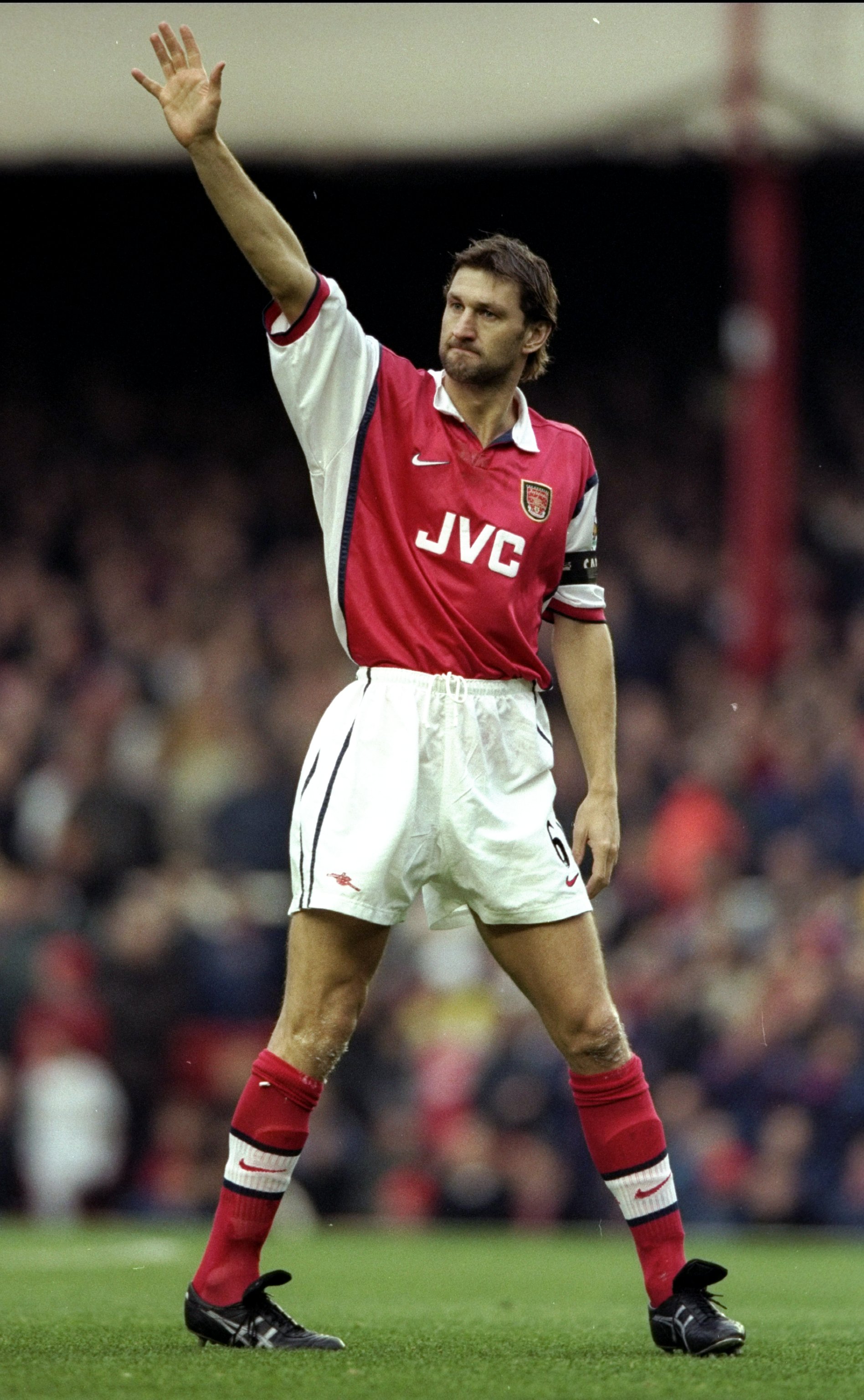 An almost identical kit to the previous slide; this Arsenal jersey, however, donned the sponsorship of JVC rather than Dreamcast.

Wenger won the Community Shield with his side boasting the red, white and a hint of blue that this kit provided. 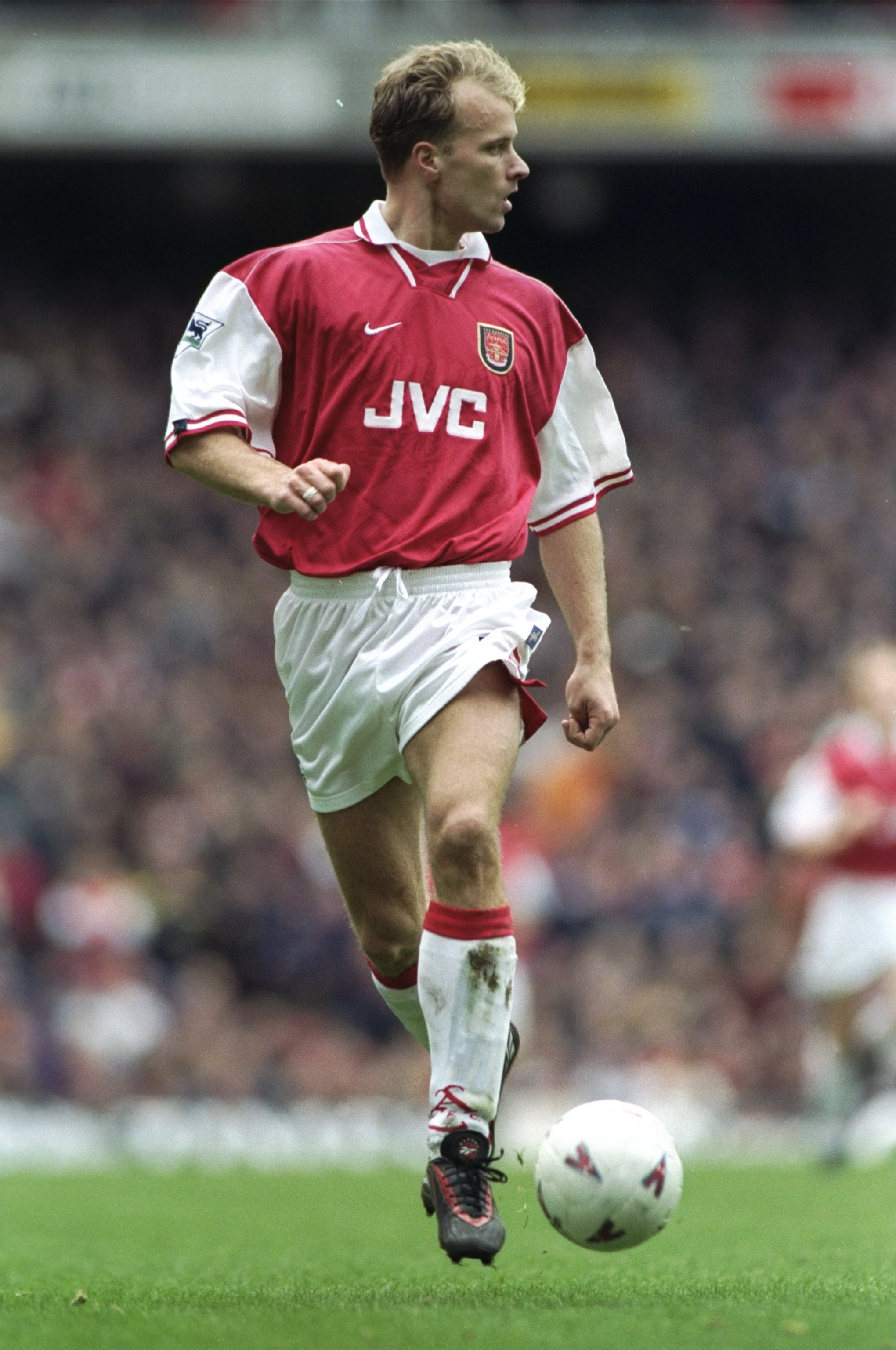 This was the kit that Arsene Wenger first managed when he arrived in 1996 from Japanese side Nagoya Grampus Eight.

A monumental jersey that incorporated a large "A" on the shorts, boasted deceptive pattern work and an almost invisible yet commanding Gunner's crest.

With his side wearing this shirt and for the second time in the club’s history, Wenger completed the League and FA Cup "double," which enabled the Frenchman to pick up the Carling Manager of the Year Award. 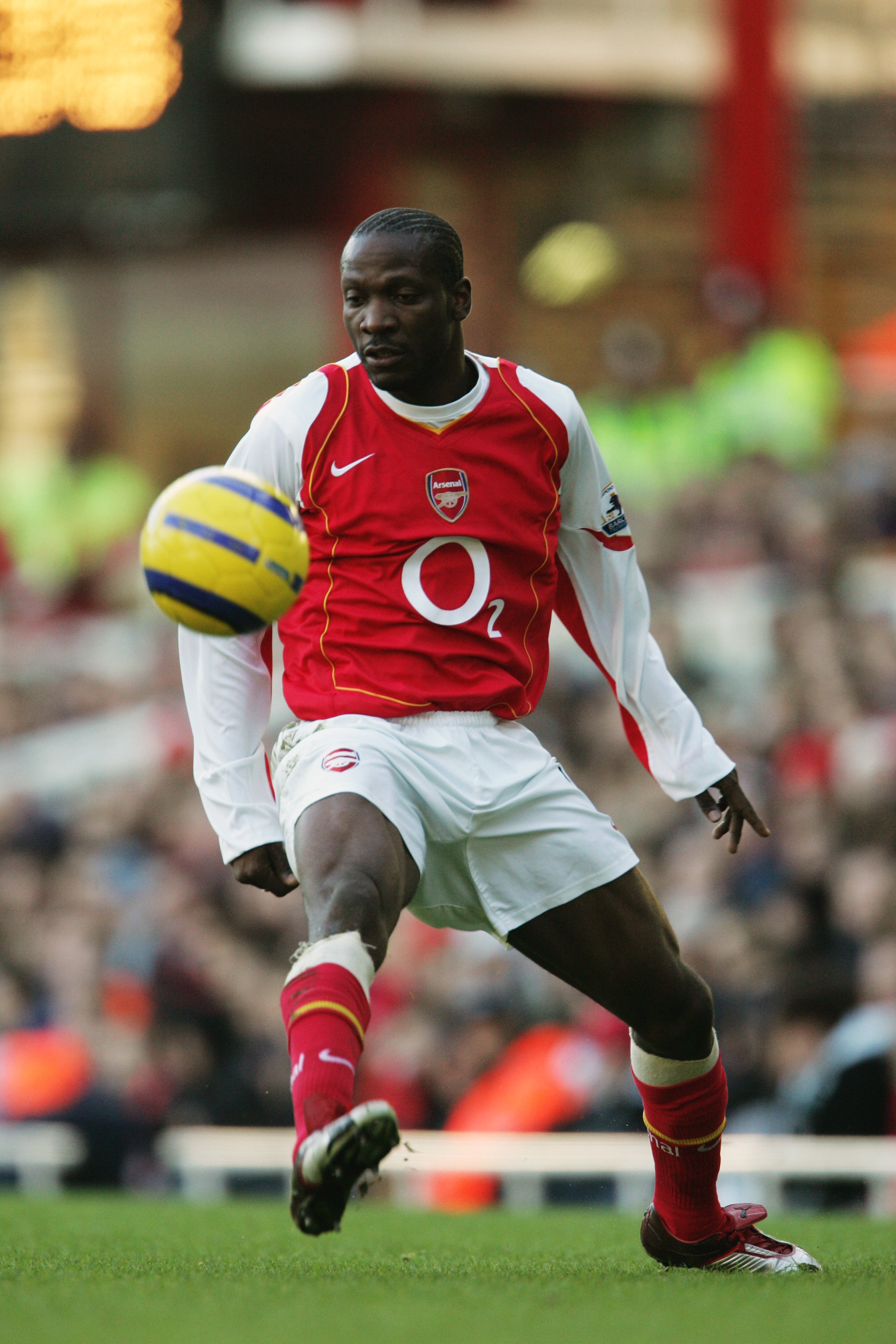 The kit that last achieved success for Arsenal.

The 2005 FA Cup is Arsenal's most recent trophy and it came under the guidance of this precious kit.

With phone company O2 and a gold lace on and around the shirt, Arsenal simply couldn't go wrong in their FA Cup run.

Who knows, maybe Wenger will even look to revert to this jersey to reclaim success.

It was also the last kit worn by Arsenal legend Patrick Vieira, who captained the Invincibles. 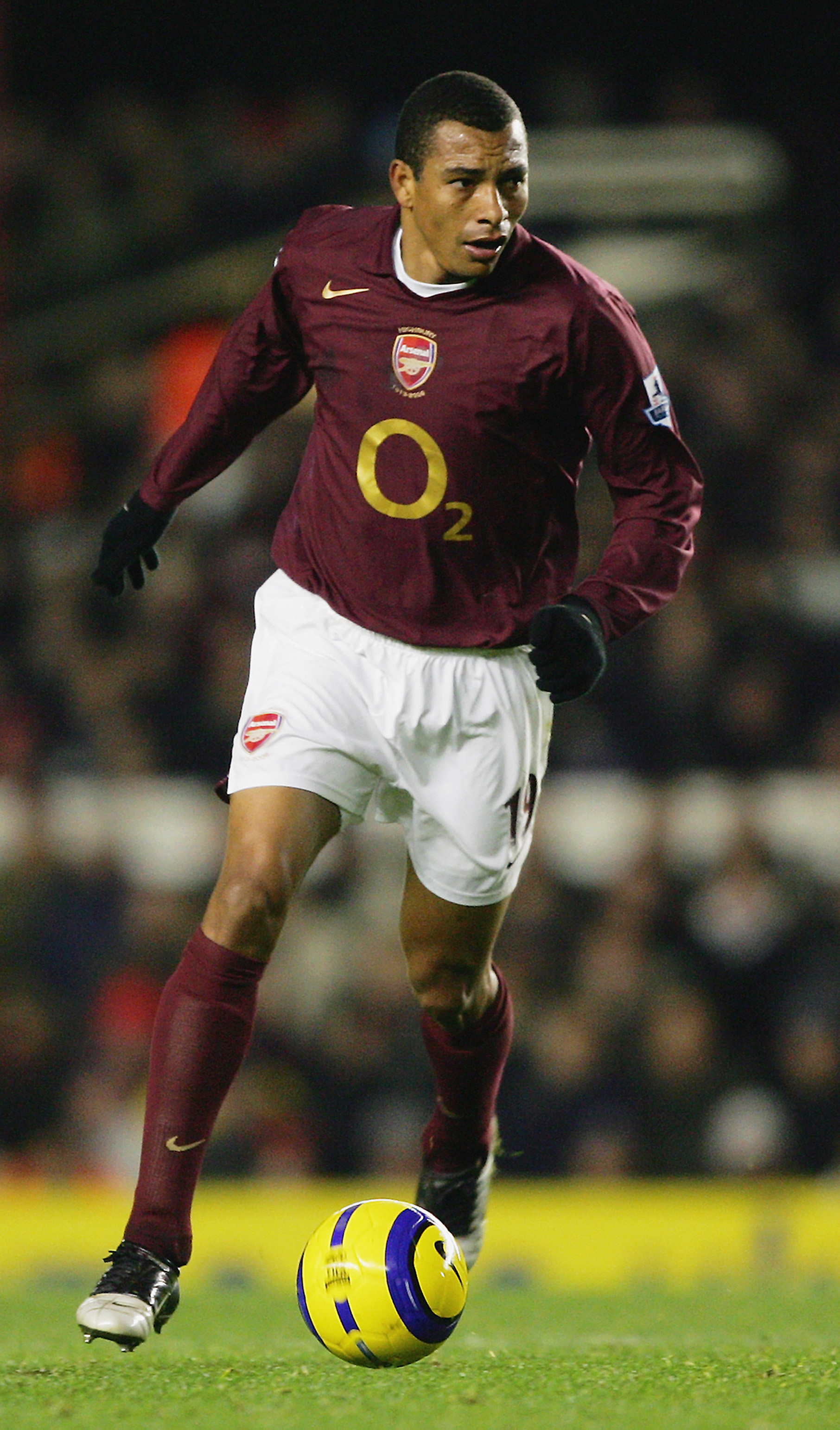 A smart, blackcurrant jersey that frayed away from the traditional Red and White was a tribute to Arsenal's first ever jersey in football, as well as to Highbury—the stadium that the Gunners were set to depart at the conclusion of 2005/2006.

A fan favourite, Arsenal amazed Europe by advancing to the final of the UEFA Champions League whilst wearing the blackcurrant red, where they unfortunately ended up losing 2-1 to Barcelona. 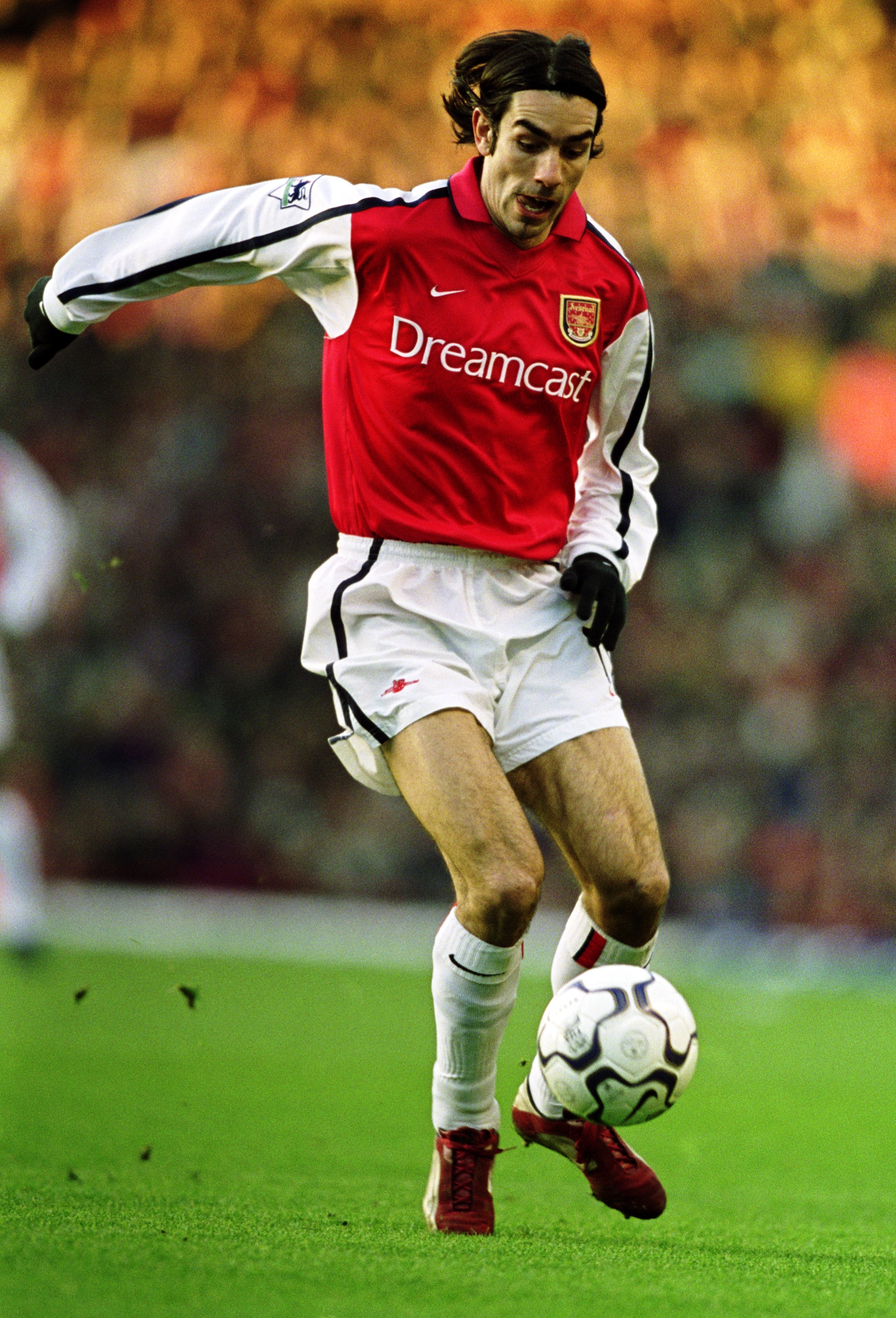 During that time, this slightly different jersey to the 1999/2000 jersey, saw Arsenal secure the FA Cup and Premier League double in 2001/2002, thwarting Manchester United's dominance. 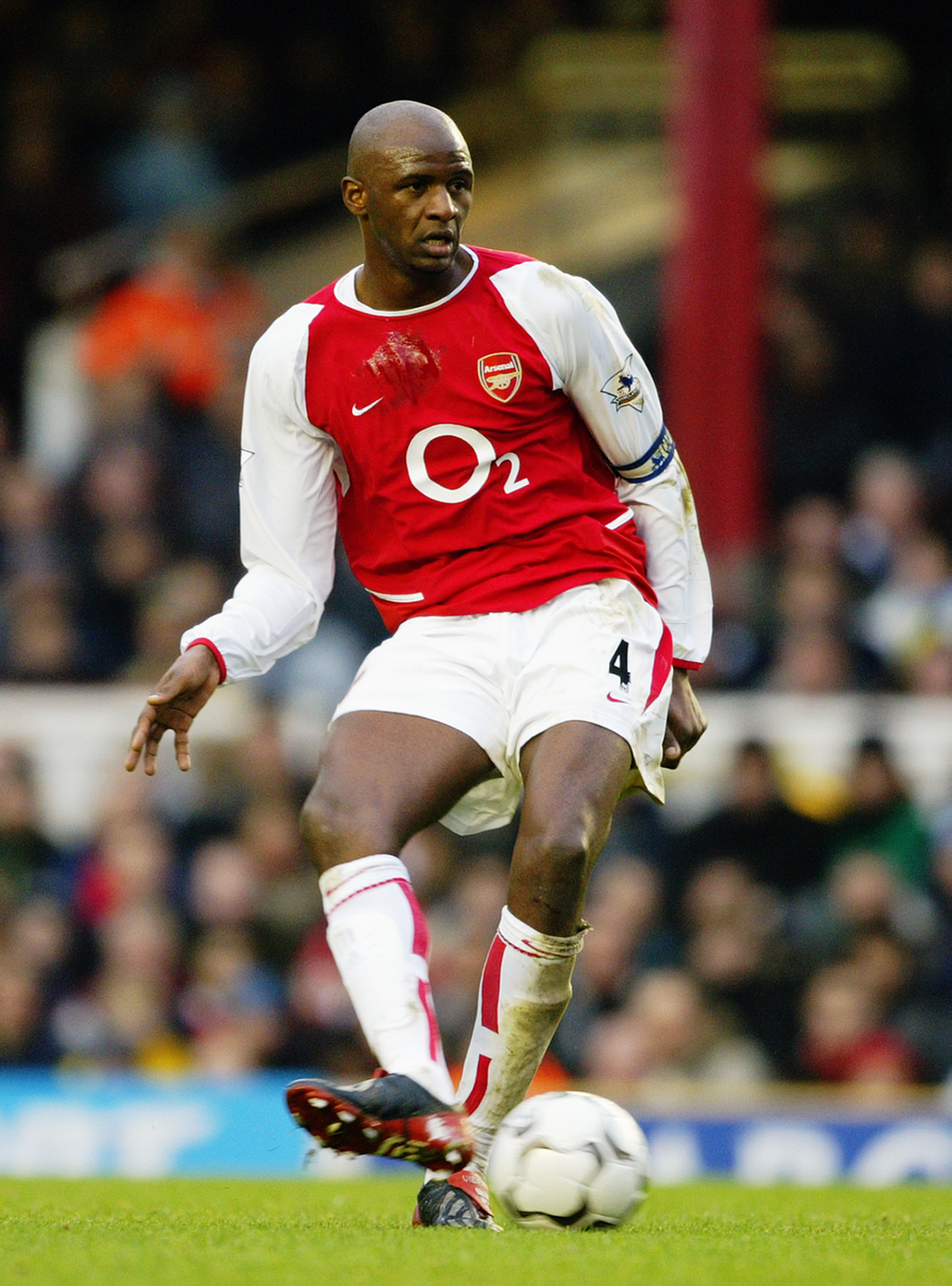 The beautiful, simple jersey which achieved such outstanding glory.

With a red body with white sleeves and the famous O2 symbol, Arsenal and Arsene Wenger went through the entire 2003/2004 EPL season unbeaten—a feat yet to be broken.

Arguably worn during the proudest period in Arsenal's history, this kit will live long in memory.