College Football: Was Gary Moeller's Behavior the Worst of These 'Dumb' Coaches? 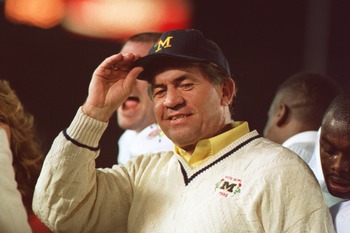 Gary Moeller had already been given a second chance before he unfortunately visited a popular Detroit area restaurant in 1995.

From 1977-79 Moeller was the head football coach at Illinois, where he compiled a dismal 6-24-3 record. Moeller immediately returned to Michigan where he previously worked under Bo Schembechler.

For the next nine seasons, Moeller coached the quarterbacks before holding both coordinator positions. It was no surprise when Schembechler basically hand-picked him to take over.

From 1990-94 Moeller assembled some excellent football teams.  His overall record was 44-13-3, while posting a 30-8-2 Big Ten slate. Included in the run were three Big Ten titles and four bowl wins.

If Moeller had any off-field issues, the Michigan brass did an excellent job of keeping them quiet.

He was forced to resign in May 1995 after video tapes were released over a drunken outburst at the then-Excalibur Restaurant on April 28.

Moeller eventually worked as an assistant for four NFL teams, while holding the Detroit Lions head coaching job for a partial season in 2000.

There are several other coaches who had dream jobs but eventually tossed them aside, or put them in extremely jeopardy.

Here’s just a few of them. 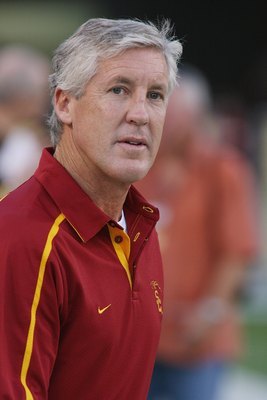 The NCAA came down with severe penalties including the loss of some 30 scholarships a national title and all of its wins from 2006.

Carroll left USC in 2009 for the NFL Seattle Seahawks. 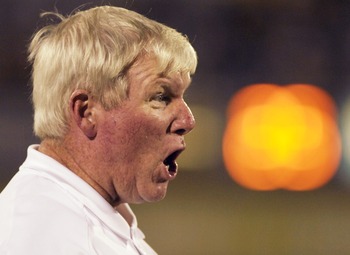 George O’Leary took over Georgia Tech in 1994 and accumulated a 52-33 record over seven full seasons. He captured the ACC title in 1998 and also won three bowl games.

Unfortunately O’Leary fell victim to an NCAA investigation, and although he was not held responsible, he felt it was time to leave. Especially when Notre Dame came calling after the 2001 season.

So here is O’Leary heading for his dream job after skating from the Georgia Tech situation. Or so he thought.

Not long after Leary accepted the job, Notre Dame officials discovered discrepancies on his resume. First they found he never earned a Masters from so called “NYU-Stony Brook” (two separate schools) and he never played football at New Hampshire.

Officials asked for O’Leary’s resignation after they discovered addition problems with his academic records.

O’Leary is now the head coach at Central Florida. 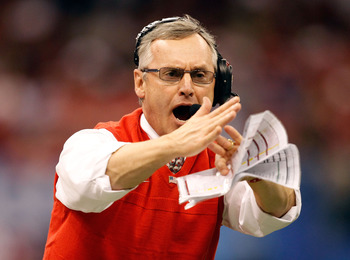 The love affair between Jim Tressel  and the Ohio State fanbase could possibly be coming to an end. The NCAA reported that Tressel “permitted football student-athletes to participate in intercollegiate athletics while ineligible."

The charge stems from Tressel not properly passing along an e-mail when it was learned that several “Buckeye souvenirs” were discovered at a local tattoo parlor.

Ohio State has 90 days to respond to the NCAA. Five Ohio State players and Coach Tressel will miss the opening five games of the 2011 season. 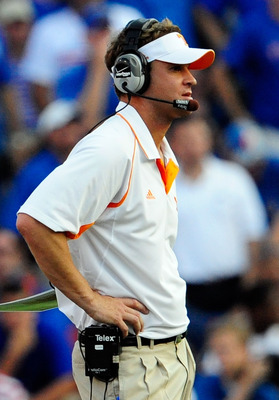 Lane Kiffin became the youngest Raider head coach when Al Davis brought him to Oakland in 2007 at age 31.

Kiffin lasted just over a season before he was fired thanks to a spat between him and Davis at the end of the prior year. Supposedly, Davis had prepared a resignation letter for Kiffin to sign, but if Kiffin signed, he would be forced to give up $2,000,000 per year for two seasons.

In another surprising move Kiffin took the Tennessee job the following season.

Kiffin finished his only season in Knoxville with a 7-6 record and a throng of angry fans. When Kiffin left to take the USC job, students rioted on campus and started several small fires. Part of the crowd was disappointed that he left, while another faction was unhappy that he didn’t leave soon enough. 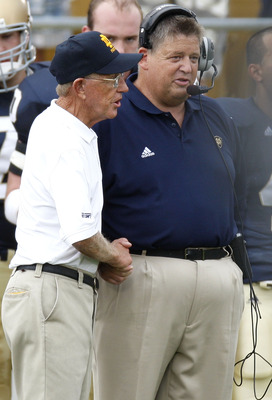 His overall record was 249-132-7. He won national coach of the year honors twice, and captured one national championship.

While he did great things, he also stubbed his toe at nearly every stop.

At Arkansas, he reportedly was fired over recording political radio commercials. At Notre Dame and Minnesota he was involved in problems with the NCAA.

In his most embarrassing moment, he took part in a bench-clearing brawl between Clemson and South Carolina. Holtz had announced his retirement a few days before, so instead of celebrating his final season at a bowl, the two schools decided their teams would stay home. 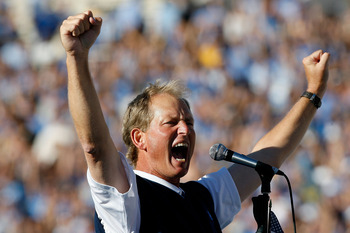 Rick Neuheisel, currently the head football coach at UCLA, is on the third stop of his college coaching carousel.

It’s probably to no one’s surprise that Neuheisel's previous schools, Colorado and Washington, have run afoul with the NCAA.

It wasn’t until Neuheisel left for Washington that the NCAA clamped down on Colorado. The Buffaloes were charged with 53 recruiting violations, 51 credited to Neuheisel.

Things didn’t change at Washington. Neuheisel was in trouble from day one. First, from making an illegal recruiting visit, then for betting on a basketball pool. Neuheisel was eventually fired for the gambling allegations, but the NCAA botched the investigation and he was awarded $4.5 million. 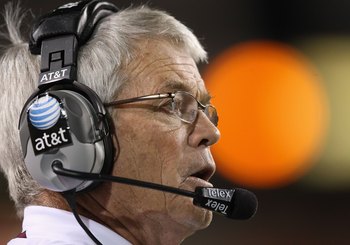 Dennis Erickson has coached just about everywhere. He’s more remembered for his stay at Miami from 1989-94.

Erickson posted a 63-9 record, and won a pair of national titles. But after the 1994 season Erickson left for the Seattle Seahawks of the NFL.

Just a year later, the NCAA placed Miami on probation, in part for improper handling of Pell Grants, illegal payments to players and failure to monitor drug testing.

The Hurricanes lost 31 scholarships over three years.  Erickson got off free. 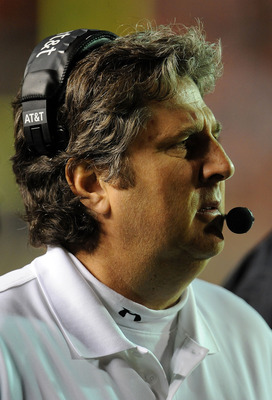 Leach never had a losing season year career at Texas Tech. His troubles began when it was learned that one of his players was kept in a closet while Texas Tech prepared for the Alamo Bowl.

The player turned out to be Adam James, son of commentator Craig James.

Leach ended up losing his job, but it was curious that he was fired moments before he was due $2.5 million in bonus money. Lawsuits followed from Leach but were eventually struck down. An appeal is pending. 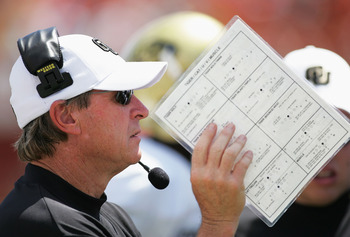 Gary Barnett would be the last coach in America who could possibly get in trouble. He had just left Northwestern, one of the storied academic institutions in the land. But as it turned Colorado was not quite the same, and Barnett changed his tune.

In no time he was in the middle of a recruiting scandal that involved alcohol and women. Barnett was also involved with the issue concerning Katie Hnida, the female field goal kicker.

Hnida claimed she was sexually abused by her teammates and was eventually cut from the team when she came down with tonsillitis.

Barnett was also linked to a scandal when players were undercharged for meals. After Barnett left Colorado in 2007, the Buffaloes lost one scholarship and were fined $100,000.

Today, Barnett runs a non-profit in his name and works in sports commentary.

Hayes was a true “ambassador” of the game and could have left a decorated hero.

But Woody had a violent temper. The punch he landed on Clemson football player Charlie Bauman was the final straw, but his run-ins with photographers and yard-markers were equally distasteful.