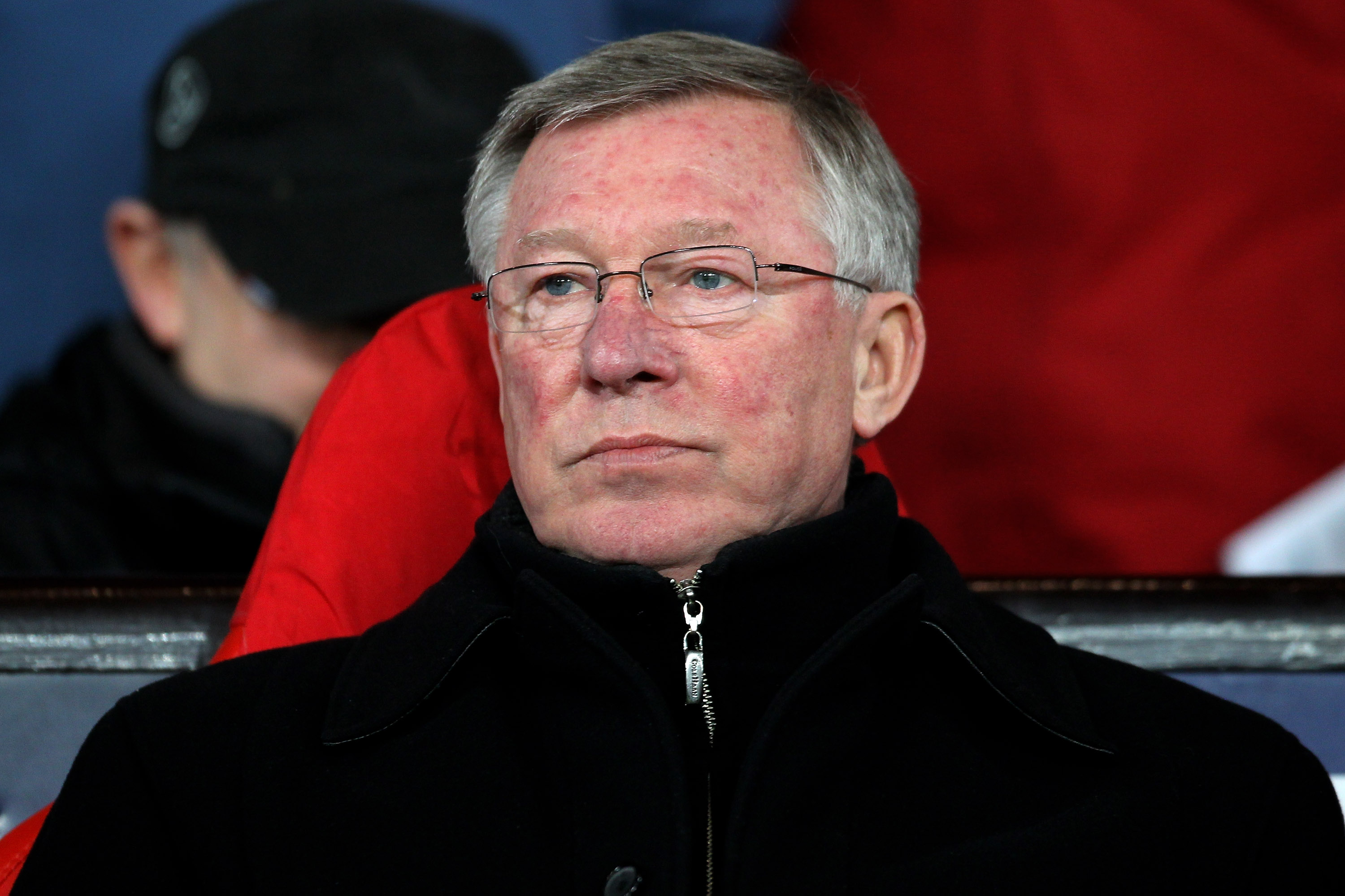 It evokes images of heroic performances, last minute tackles, barnstorming goals, biology defying saves, all in the name of accumulating a vast collection of glory, medals and riches.

Not every player who has pulled on the famous red jersey has achieved all those feats though. In fact, some never accomplished any of them.

Through a mixture of poor transfers and injury crises forcing the manager's hand, United have fielded several players who haven’t even approached the standard required.

For every Cristiano Ronaldo, there’s been a Ricardo. For every Roy Keane, a Kleberson.

But who are the worst players to line out for Manchester United?

In the interests of fairness, we’ll omit the current squad and give them the chance to alter their legacy, but unfortunately for these 20, they have no such luxury. 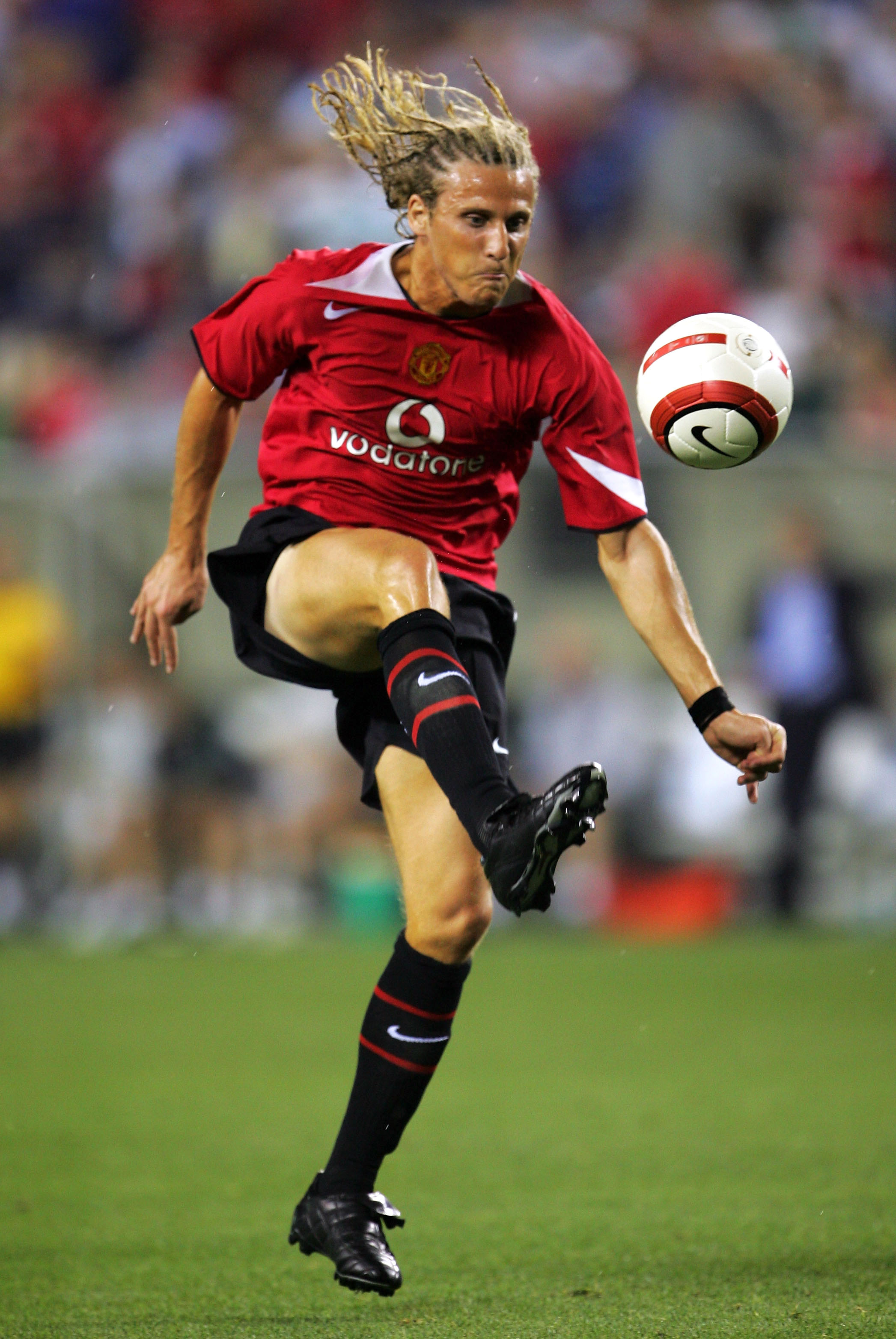 His career has blossomed since, but Diego Forlan endured a disastrous spell at Manchester United.

Taking 19 games to find the net, he scored just 10 goals in 63 league games with only his work rate and victorious brace against Liverpool preventing him from inclusion further up this list. 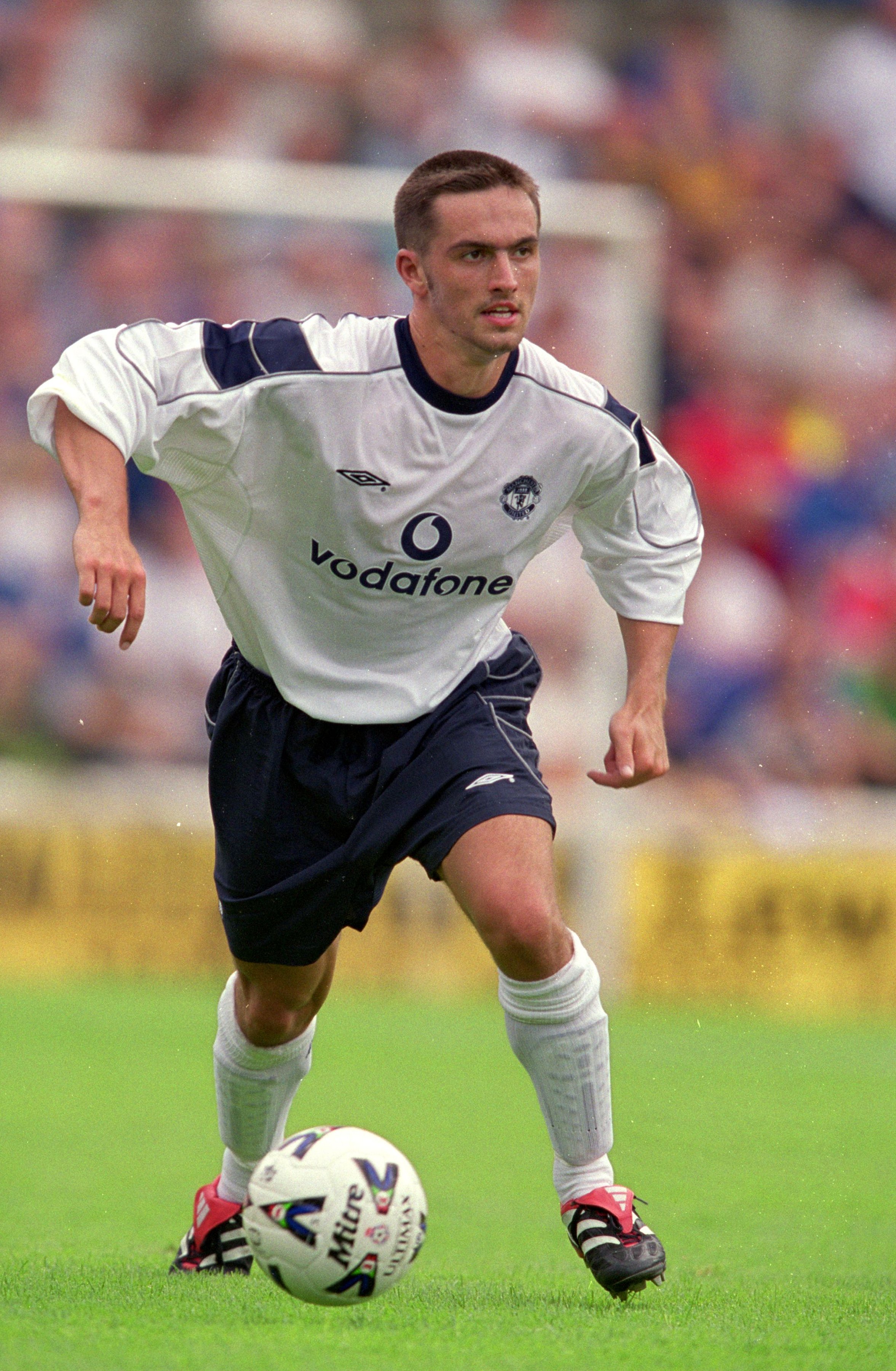 The Academy graduate made just nine league appearances in his seven-year stint in the first team squad.

Subsequently moved down to the old Division Two with Oldham before retiring through injury at 27, Michael Clegg never looked a defender of United standard. 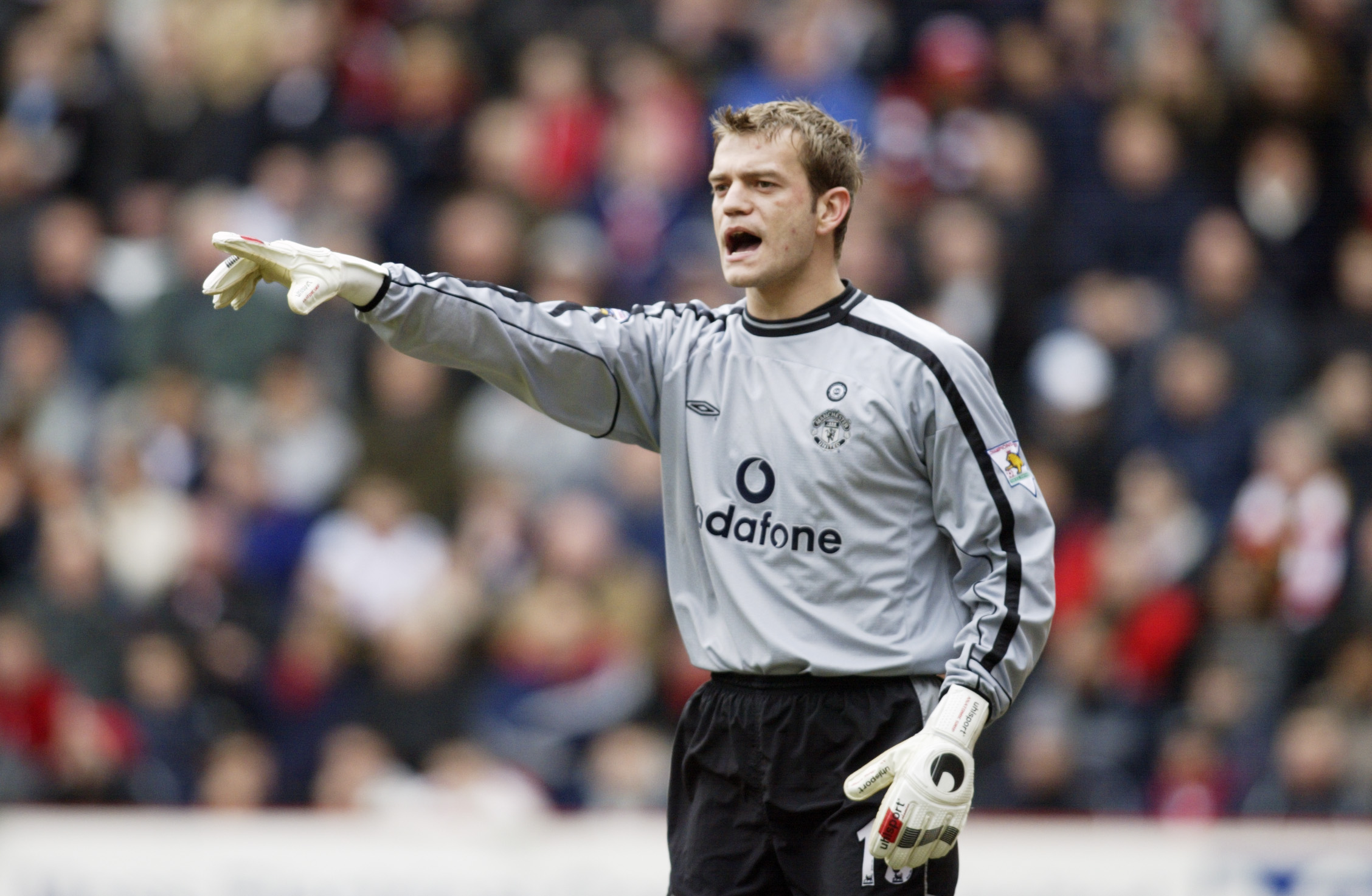 One of the myriad of goalkeepers signed in the early part of the last decade, Roy Carroll managed to assert himself in the first team for the 2004-2005 season.

It happened to be his last for the club, as he failed to convince Alex Fergsuon of his long term worth.

He will however, be forever imbebbed in football folklore for his part in Pedro Mendes goal that never was. 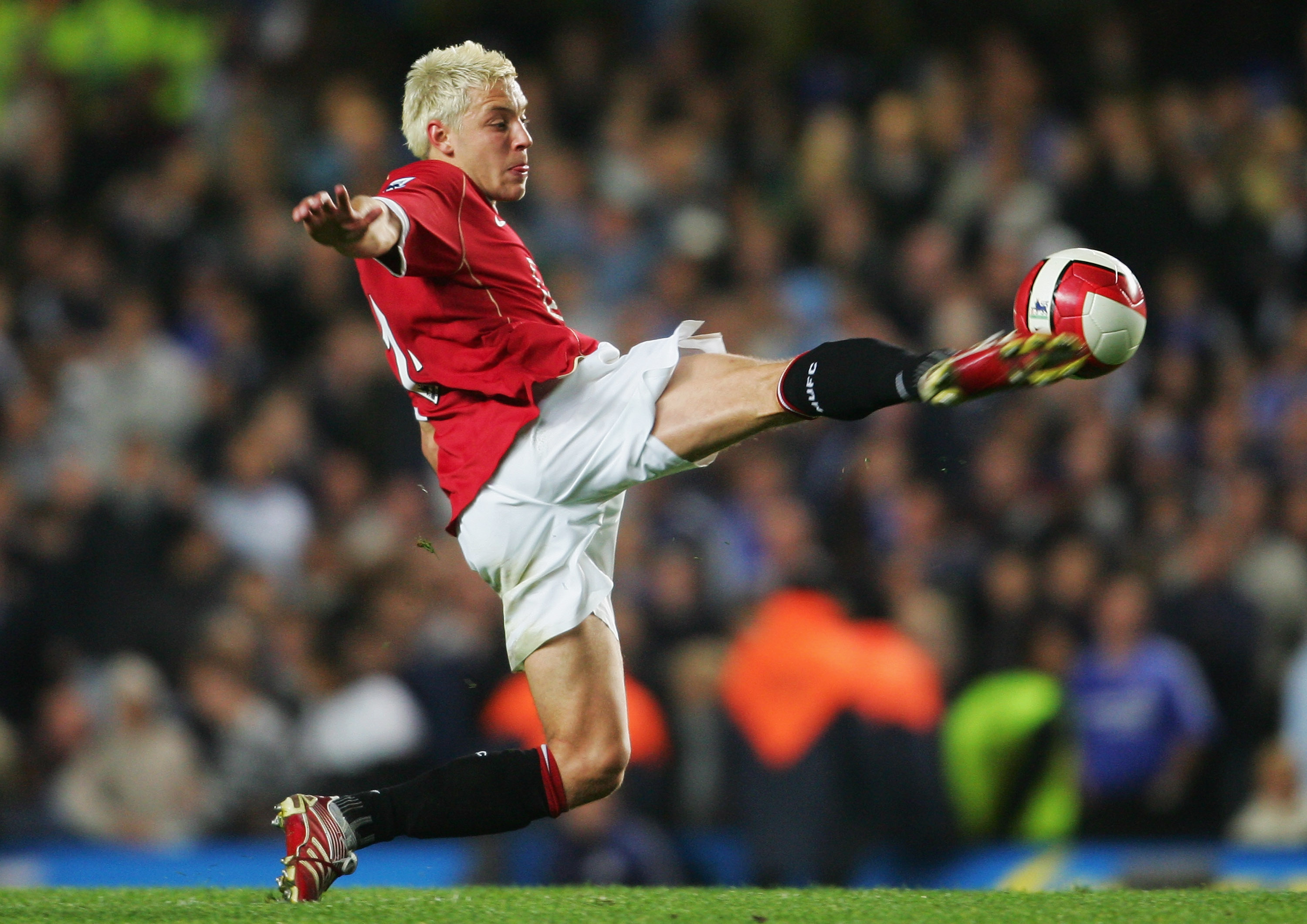 Signed as a striker, Sir Alex got tired of Alan Smith's wayward shooting and found a new home for him the centre of United’s midfield.

A nasty injury sustained against Liverpool curtailed his career for seven months, and he failed to fully re-establish himself in the side, moving to Newcastle in 2007. 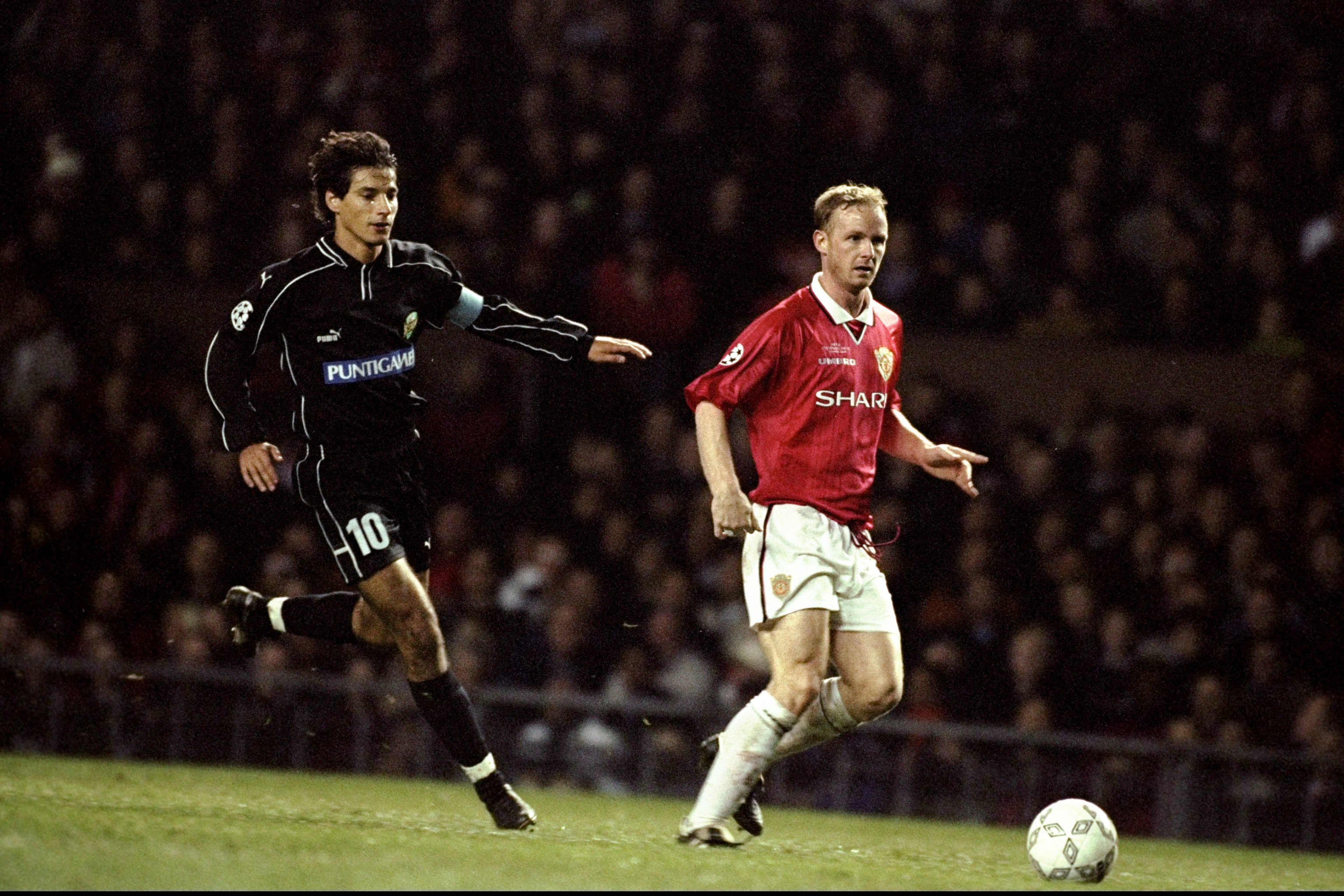 From looking back at the photographs of Manchester United celebrating their historic treble in 1999, you’d be forgiven for thinking David May was an integral part of the side.

Originally purchased to boost home grown numbers in the squad, May never really looked a player of United standard in his nine years at Old Trafford. 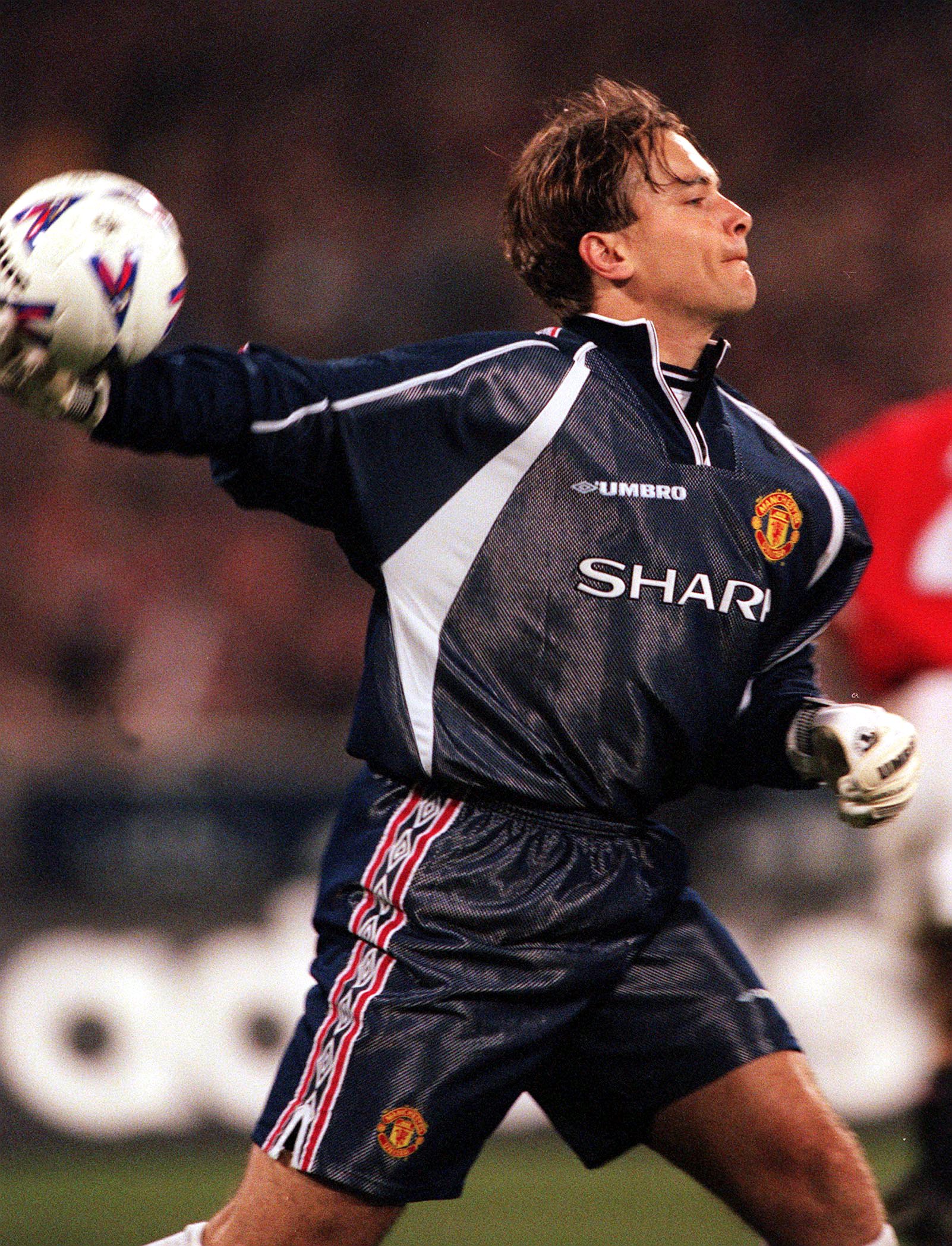 The original answer to the quandary left by Schmeichel’s departure, Mark Bosnich never impressed during his time at United.

His first season featured an easy Premier League win, but Sir Alex decided to recruit Fabien Barthez for the following campaign and Bosnich found himself demoted to third choice goalkeeper. 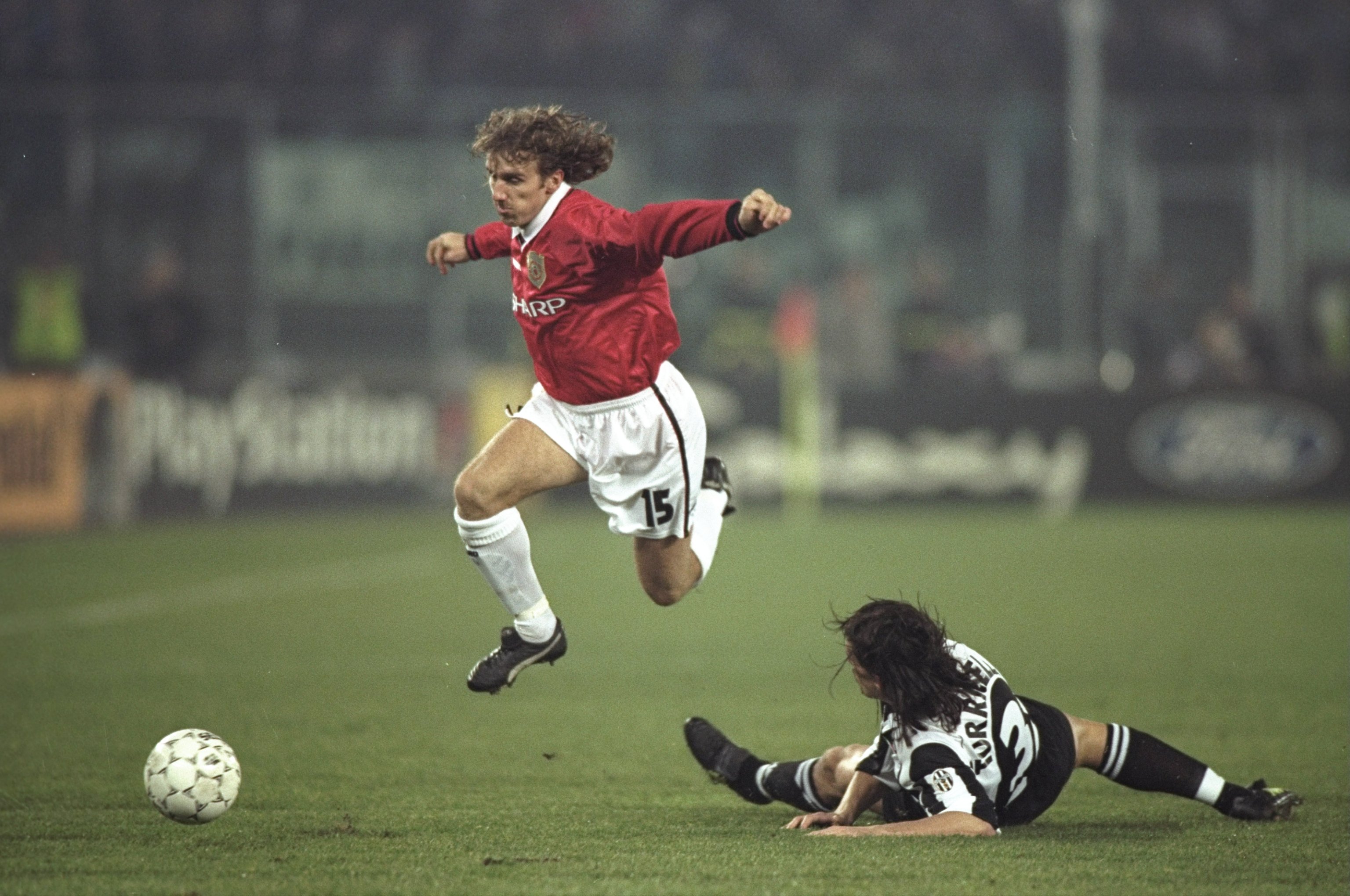 The Czech winger was purchased on the back of his exciting Euro '96 displays.

He was allowed several opportunities to impress but failed to fully convince of his merits and was moved on two years after joining. 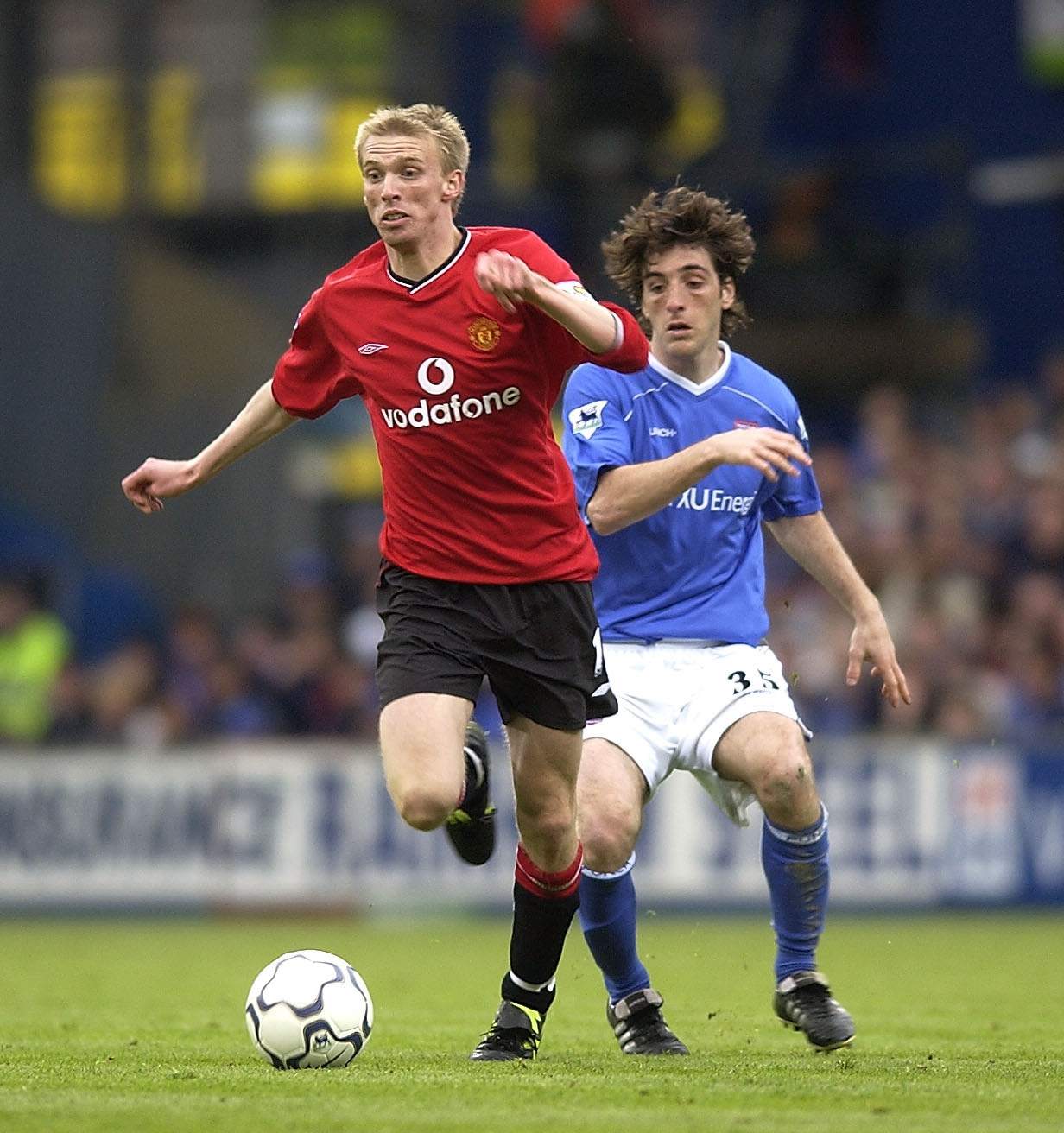 After an encouraging start, Luke Chadwick was given ample time to try and establish himself in the first team.

He failed to reproduce anything like his initial form and was moved on to the lower leagues, where he has spent the entirety of his career since. 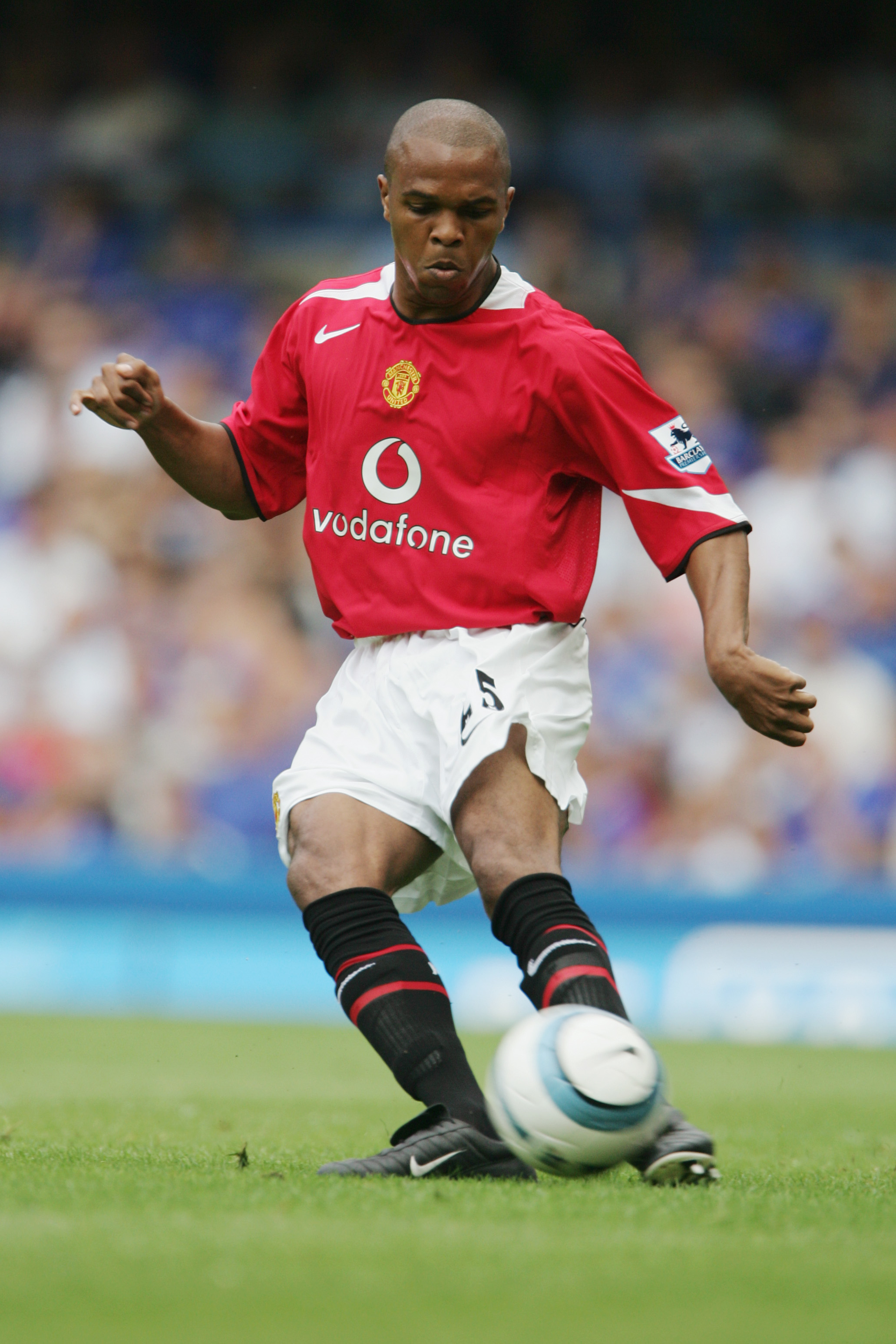 After being purchased as cover for Ryan Giggs in 1999, he spent seven years at Manchester United occupying a number of positions.

Yet despite his versatility and determination, the South African never really looked the part at United and was released in 2006. 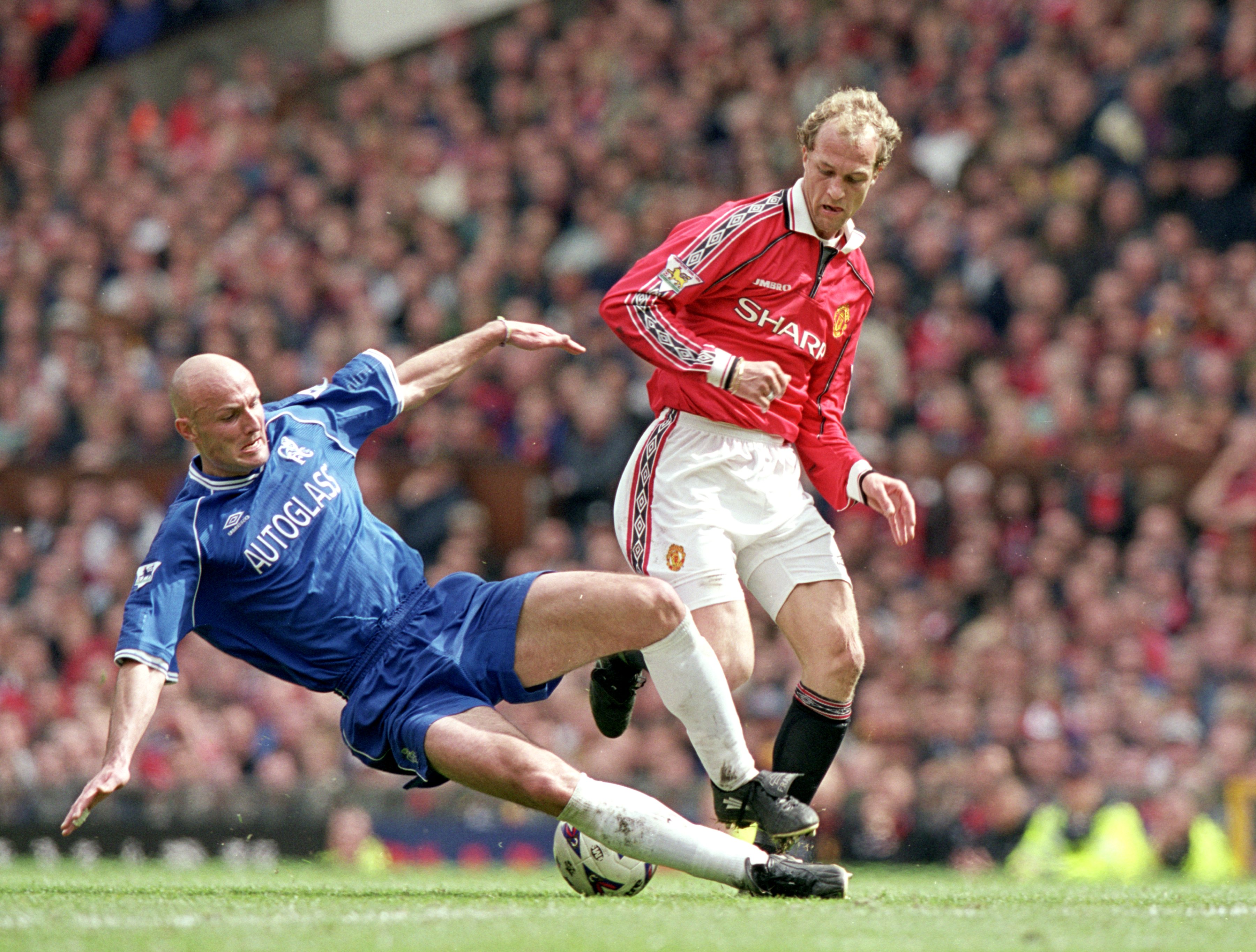 Along with Poborsky, United signed the young Dutchman after an impressive Euro '96 campaign

He failed to establish himself in the United side and made just 34 league appearances in his four seasons at Old Trafford. 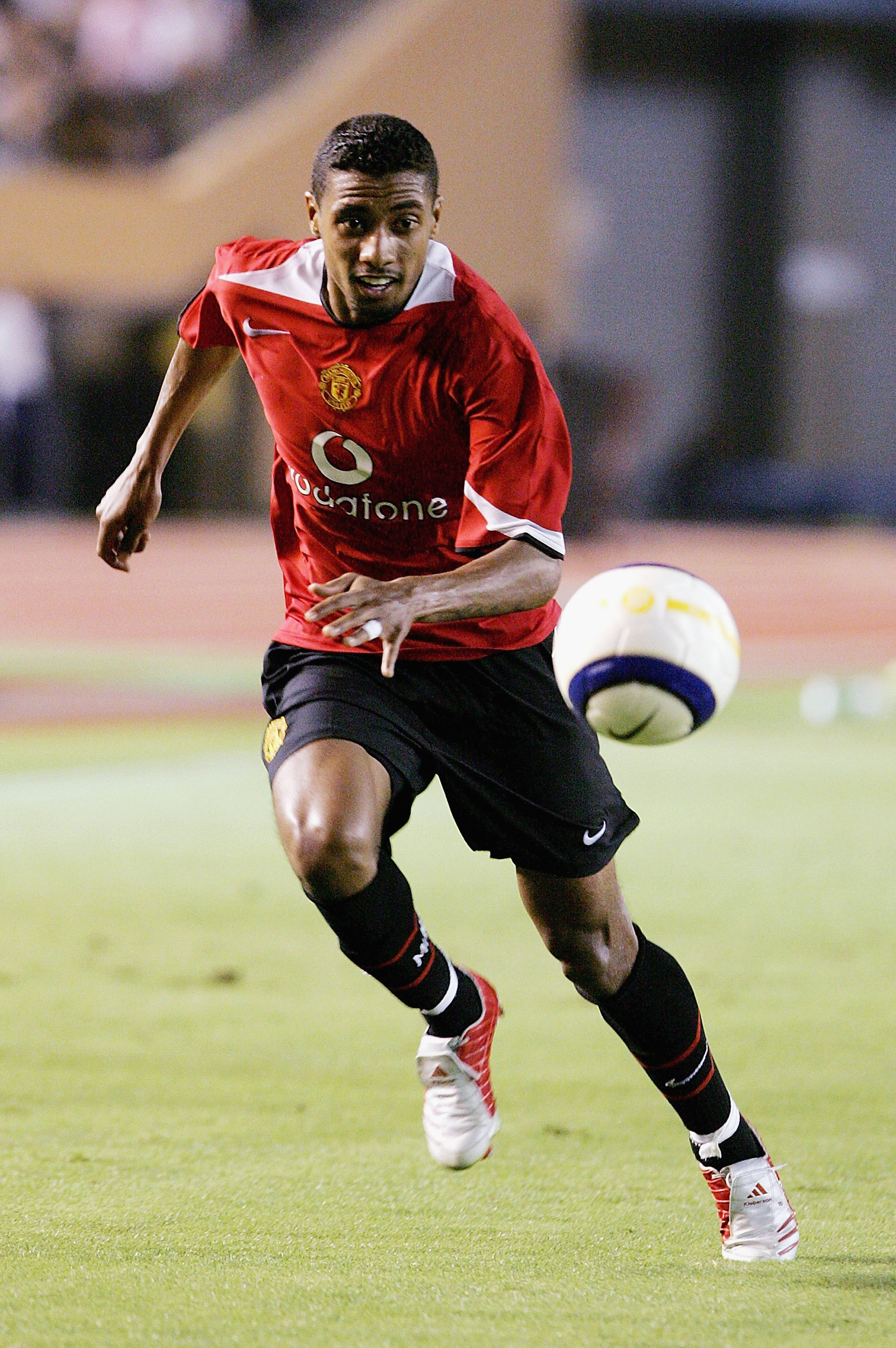 One of the best midfielders of the 2002 World Cup, the Brazilian was unable to replicate that form at Old Trafford.

An injury stricken two years saw him make just 20 league appearances, and he was sold to Besiktas in 2005. 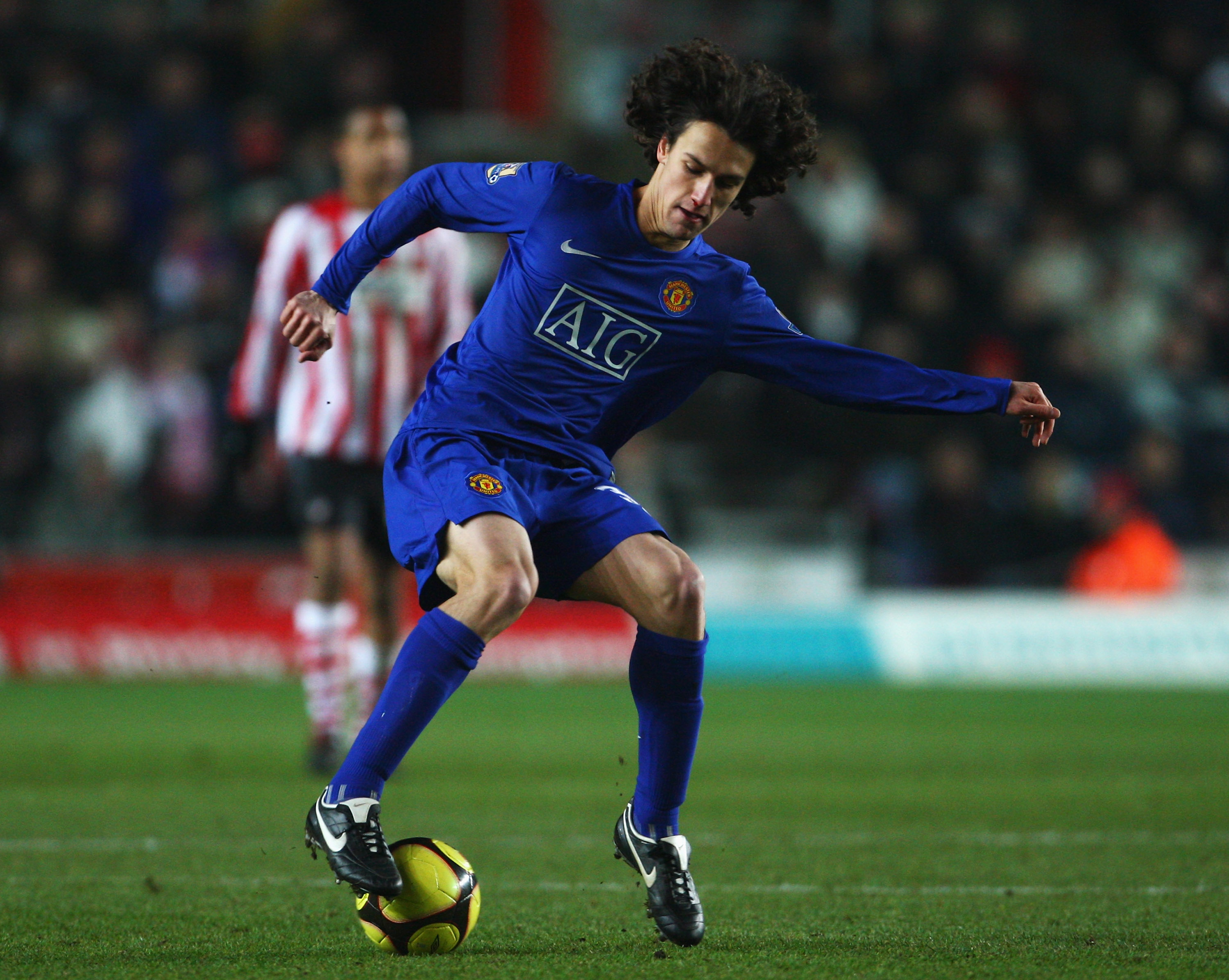 Signed in January of 2008, the Brazilian born midfielder found himself exposed to the first team at the start of the following season.

He failed to play a single league game at Braga during his loan spell and was sold to Santos, for whom he’s played just three times since his move last summer. 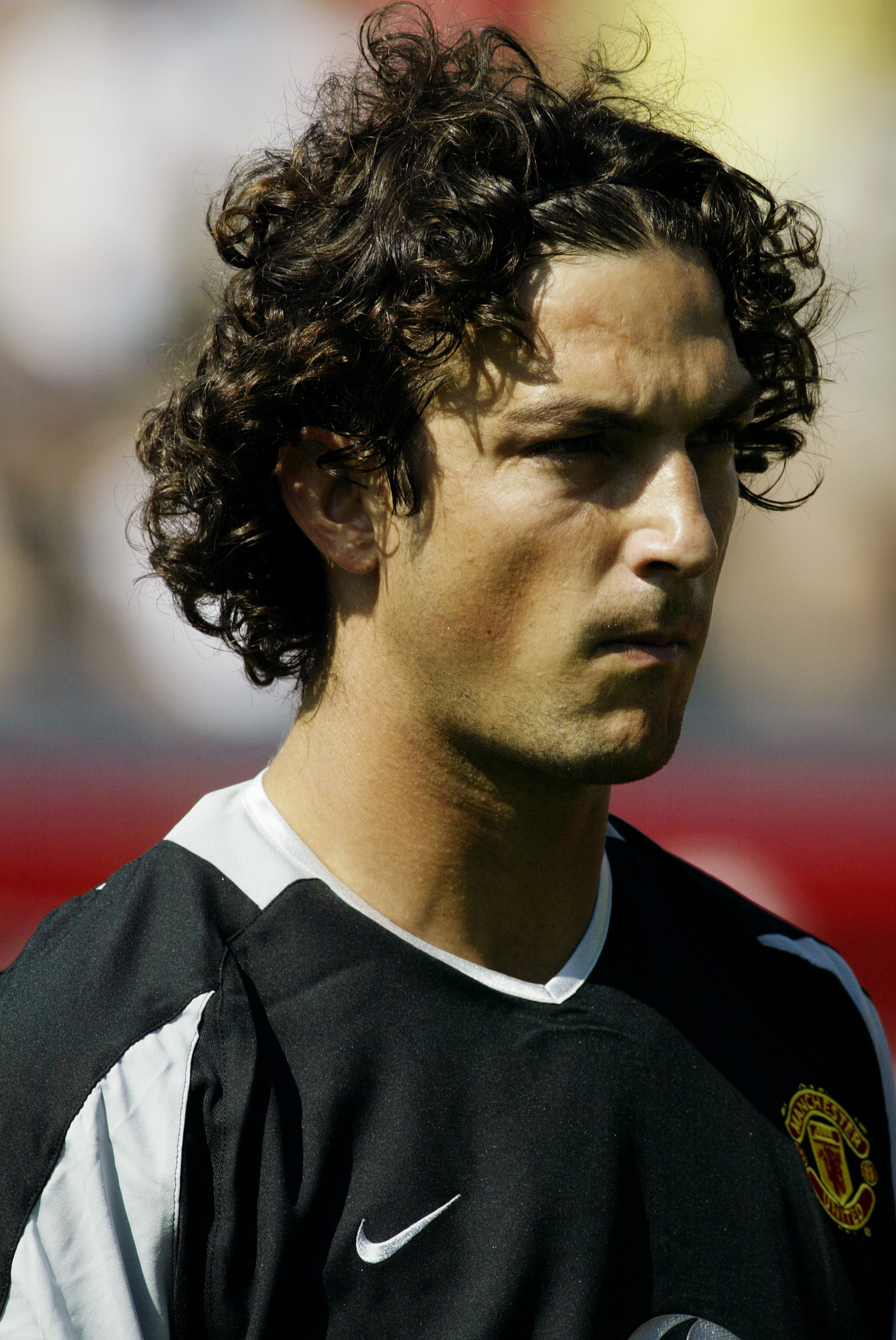 Signed for £1.5 million in 2002, the Spanish goalkeeper was entrusted with just one league start.

He didn’t take long to show why, conceding a penalty with his first touch.

His underwhelming spell ended in 2005 with a move to Osasuna. 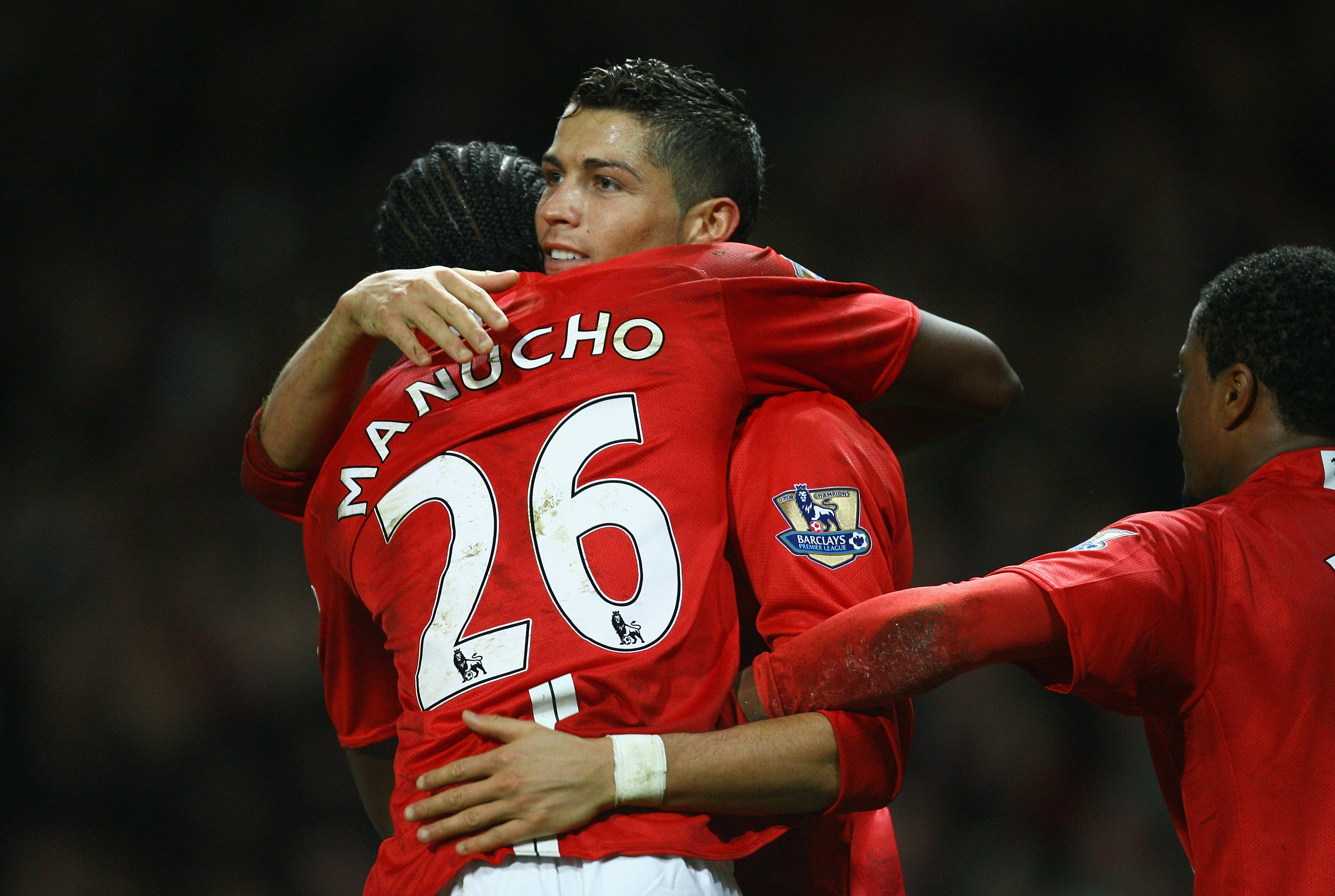 After impressing on a three-week trial, the Angolan was signed by the club in 2008.

Following a loan spell at Panathinaikos, he made his United debut in a victory over Stoke, setting up a goal for Danny Welbeck.

It was to be his last appearance for the club, and he was sold to Valladolid in 2009. 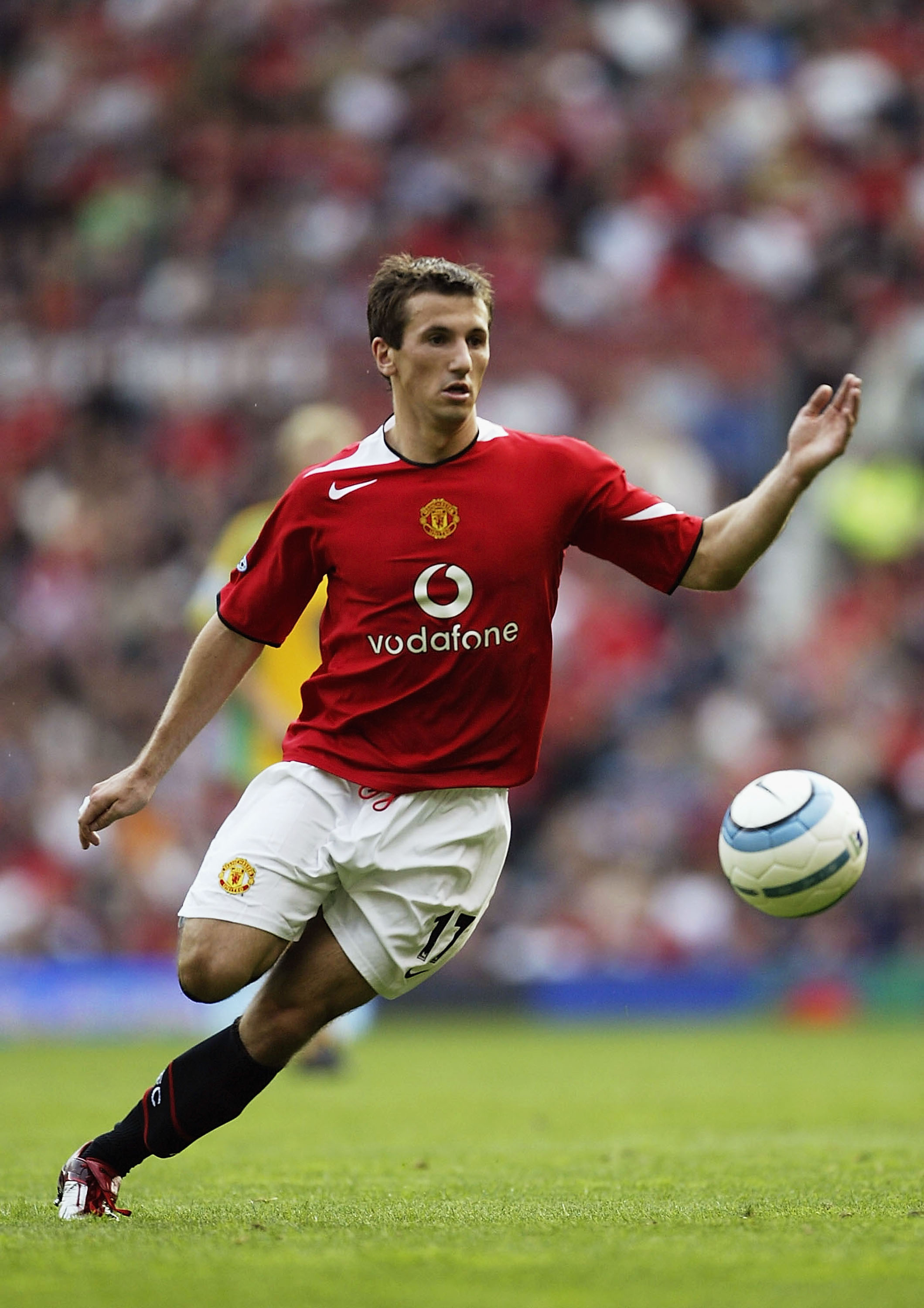 After a sterling Champions League campaign in the Celtic engine room, Sir Alex Fergsuon acquired the services of Liam Miller on a Bosman deal.

His Cork roots drew comparisons with Roy Keane and perhaps added to the pressure heaped on the young midfielder.

Nine league appearances in two years was as much as he managed, and little from his subsequent spells at Sunderland, Ipswich and Hibernian has reaffirmed Ferguson's original convictions. 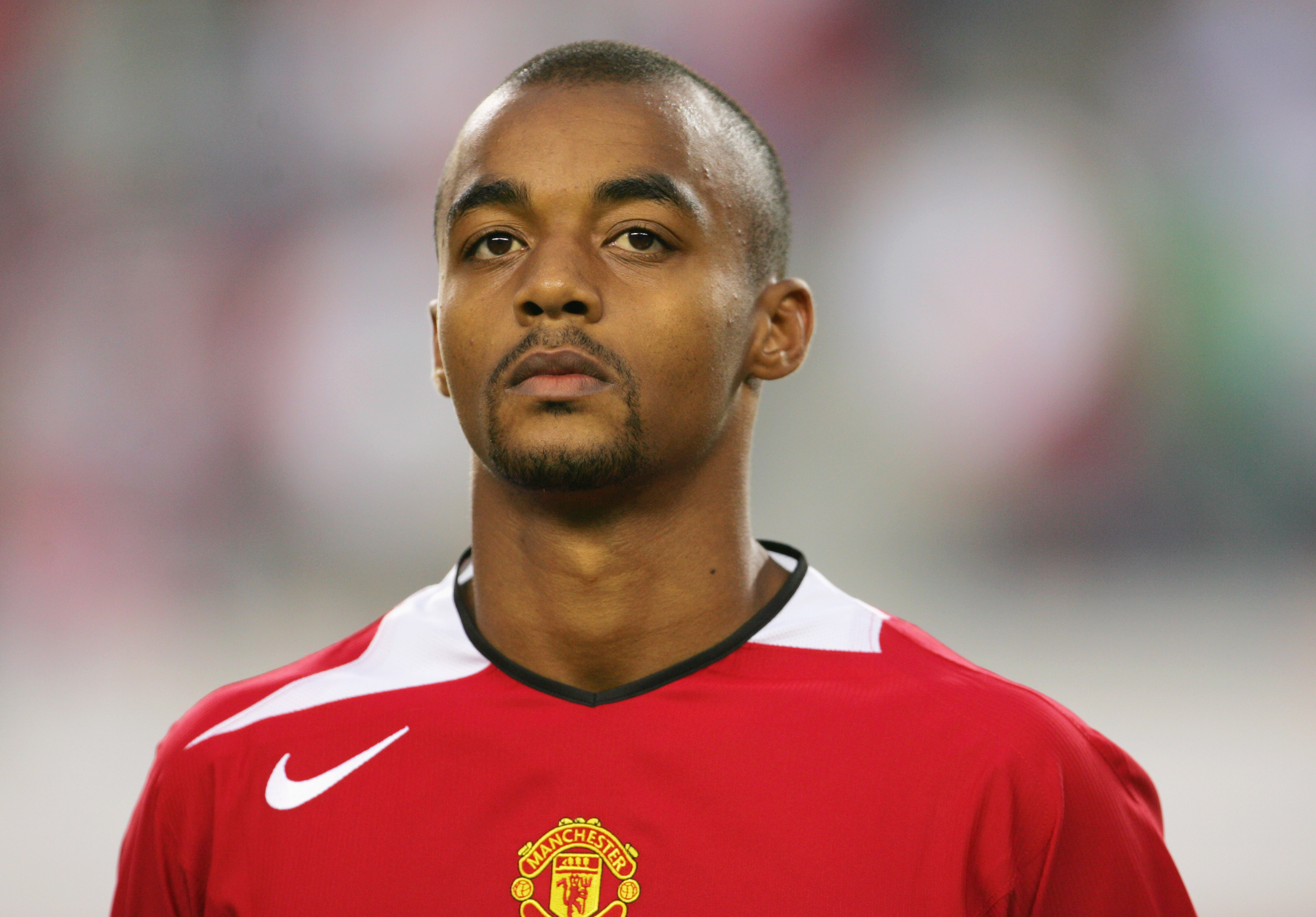 He was quick and French, but unfortunately "the new Thierry Henry" didn’t share many other attributes with his illustrious compatriot.

His signing caused furrowed brows after a less than enamouring 20 games at Sunderland.

He made just four more for United before returning to his native land. 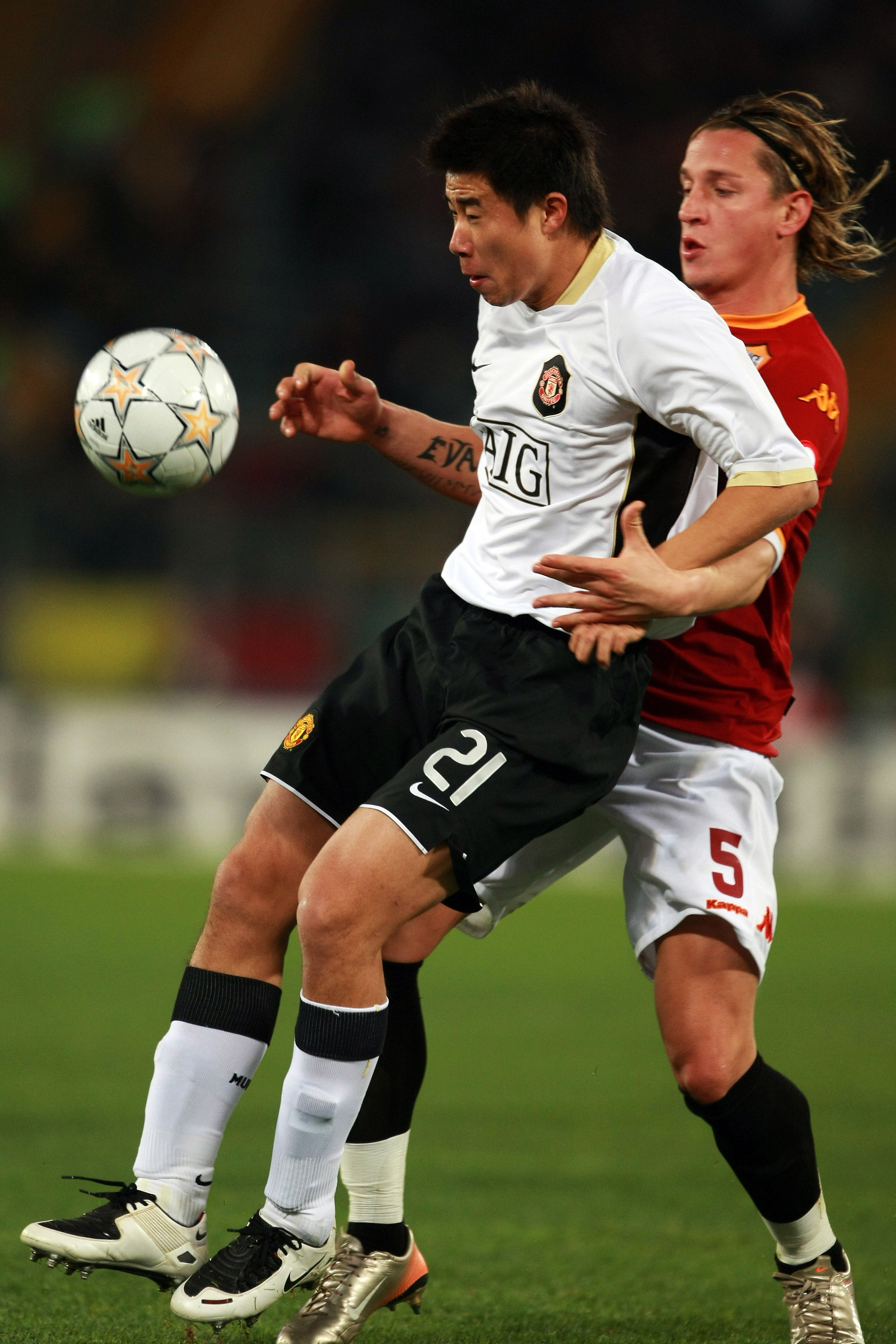 The cynics argued the signing of this young Chinese striker was merely a means of building United’s fan base and increasing merchandise sales in the vast Asian market.

Purchased for an original fee of £500,000, Dong was loaned to United’s feeder club Royal Antwerp to qualify for a work permit and to gain experience. His 33 goals in 61 games prompted Ferguson to include him against Chelsea for his only appearance for the Red Devils in May 2007.

He left the following season and remarkably, has never scored since. 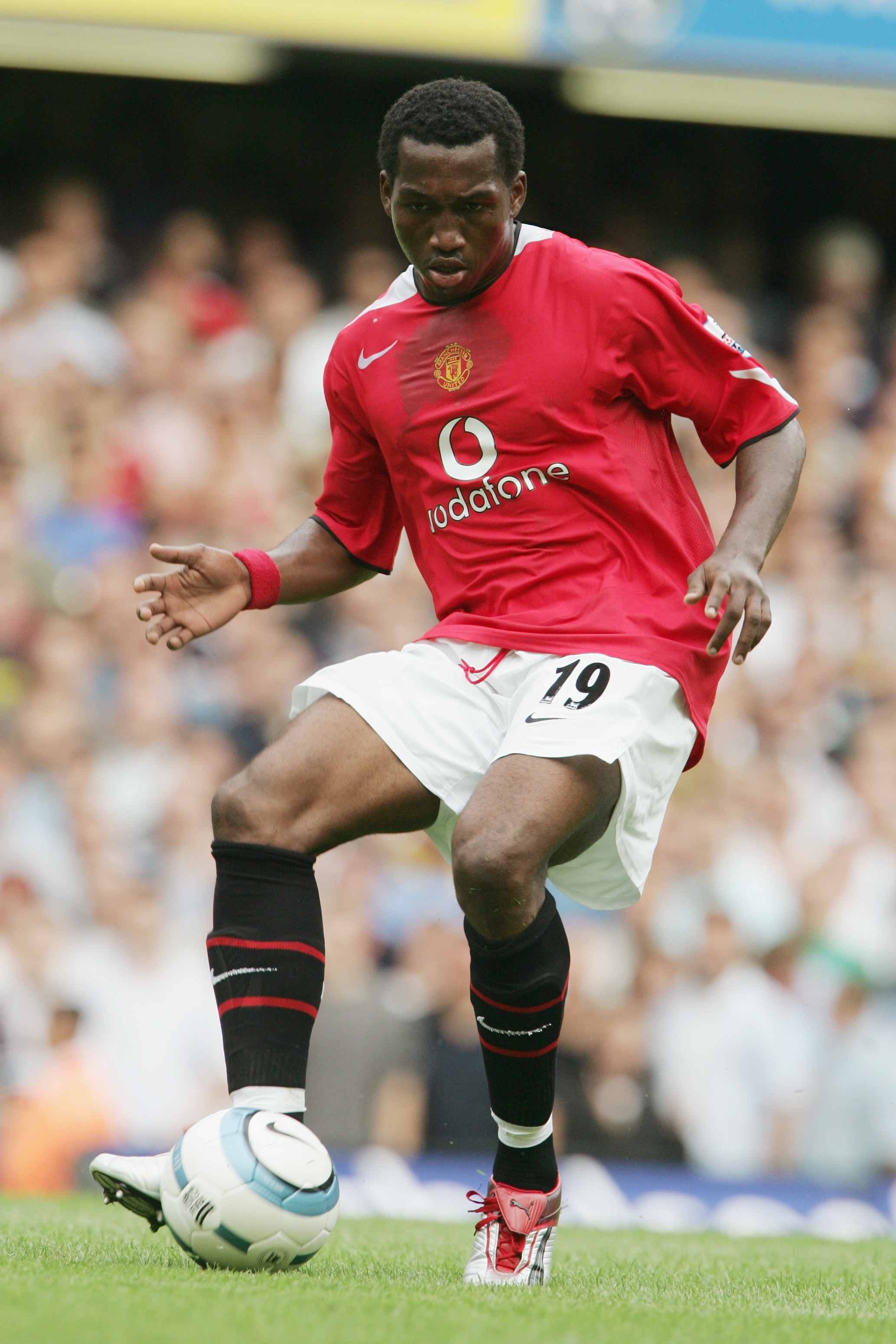 Yet another attempt to replace Roy Keane’s aging legs, this effort was probably the worst.

Never once during his 20 league appearances did he look capable of replicating the legendary Irish man’s achievements, and he was sold to Aston Villa within two years of his arrival.

Further spells at Burnley, in Qatar and in Denmark outline the summation of his talent. 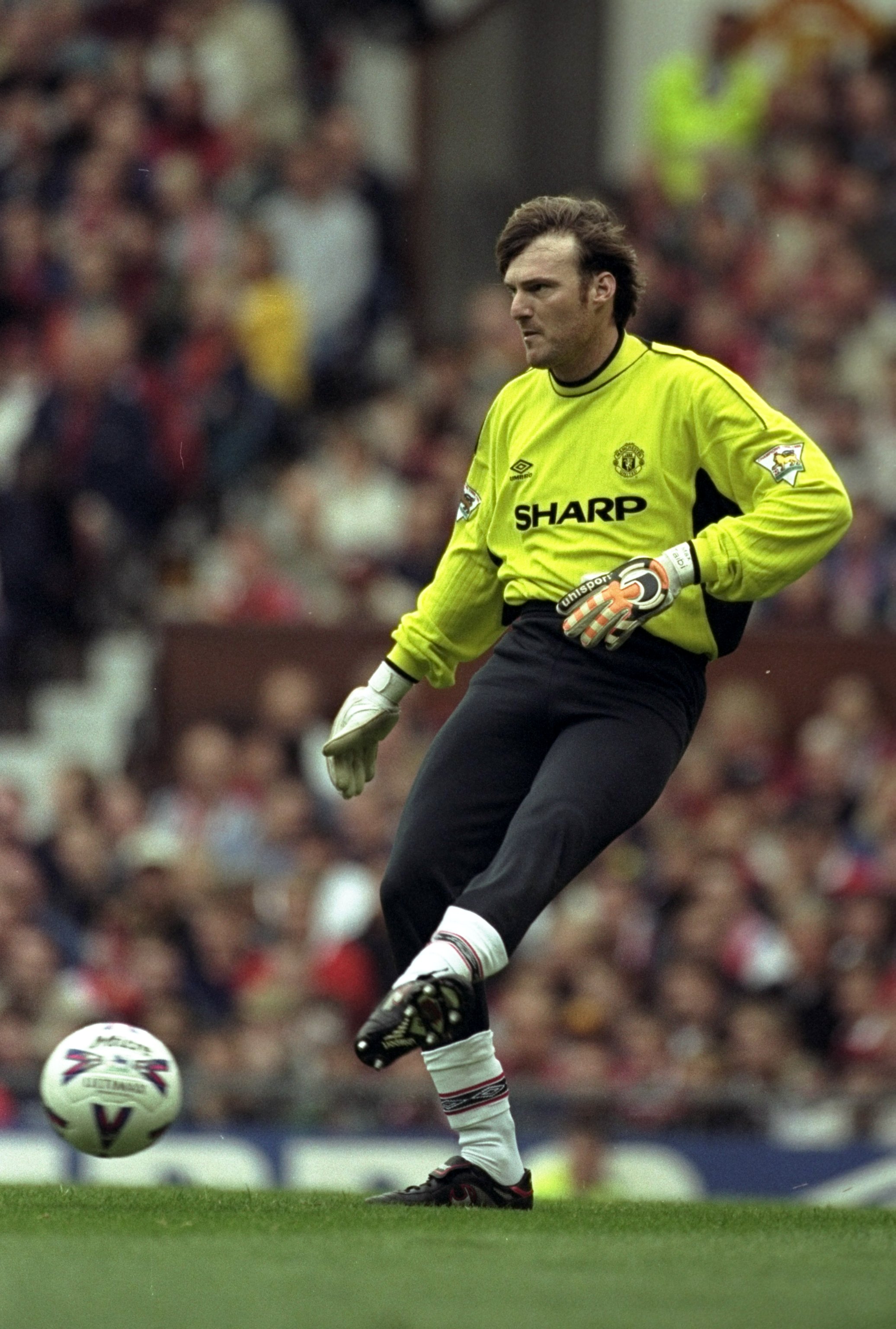 A magnificent debut against Liverpool was soon forgotten as Taibi’s spell as United turned into slapstick.

His subsequent games featured an oft replayed gaffe that allowed Matt Le Tisier’s harmless shot to squirm between his legs and a 5-0 defeat to Chelsea.

Taibi was sold back to Italy, with his four appearances costing United £2 million. 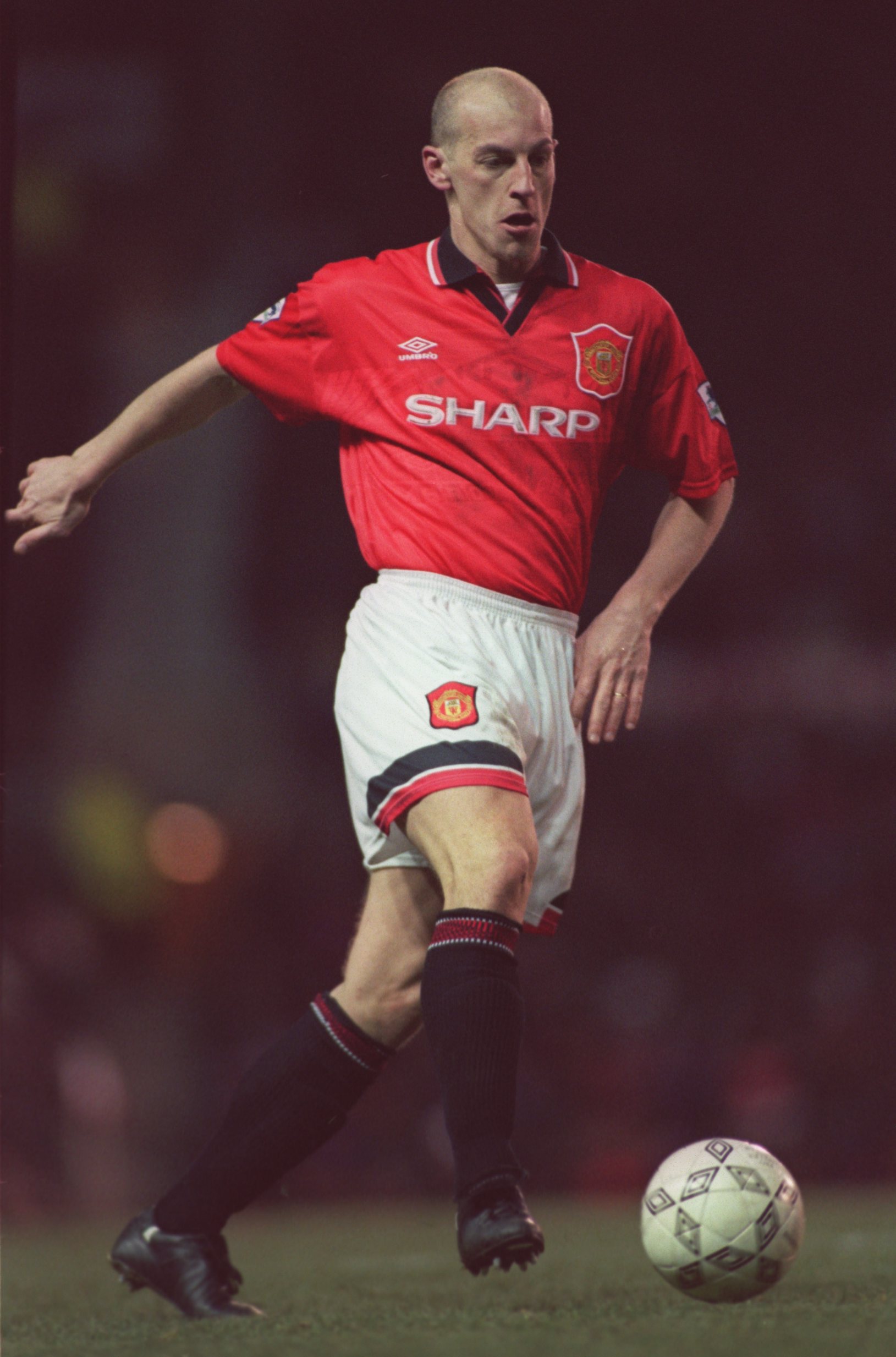 Signed a trial basis in 1994, a defensive injujry crisis meant he was rushed into the first team.

His second and final outing was at the heart of a defence which conceded four goals to Tottenham Hotspur.

It was a short but infamous spell, and Prunier has gone down as the worst Manchester United player in history.