Chelsea FC: 10 Players the Blues Should Not Have Sold During the Abramovich Era 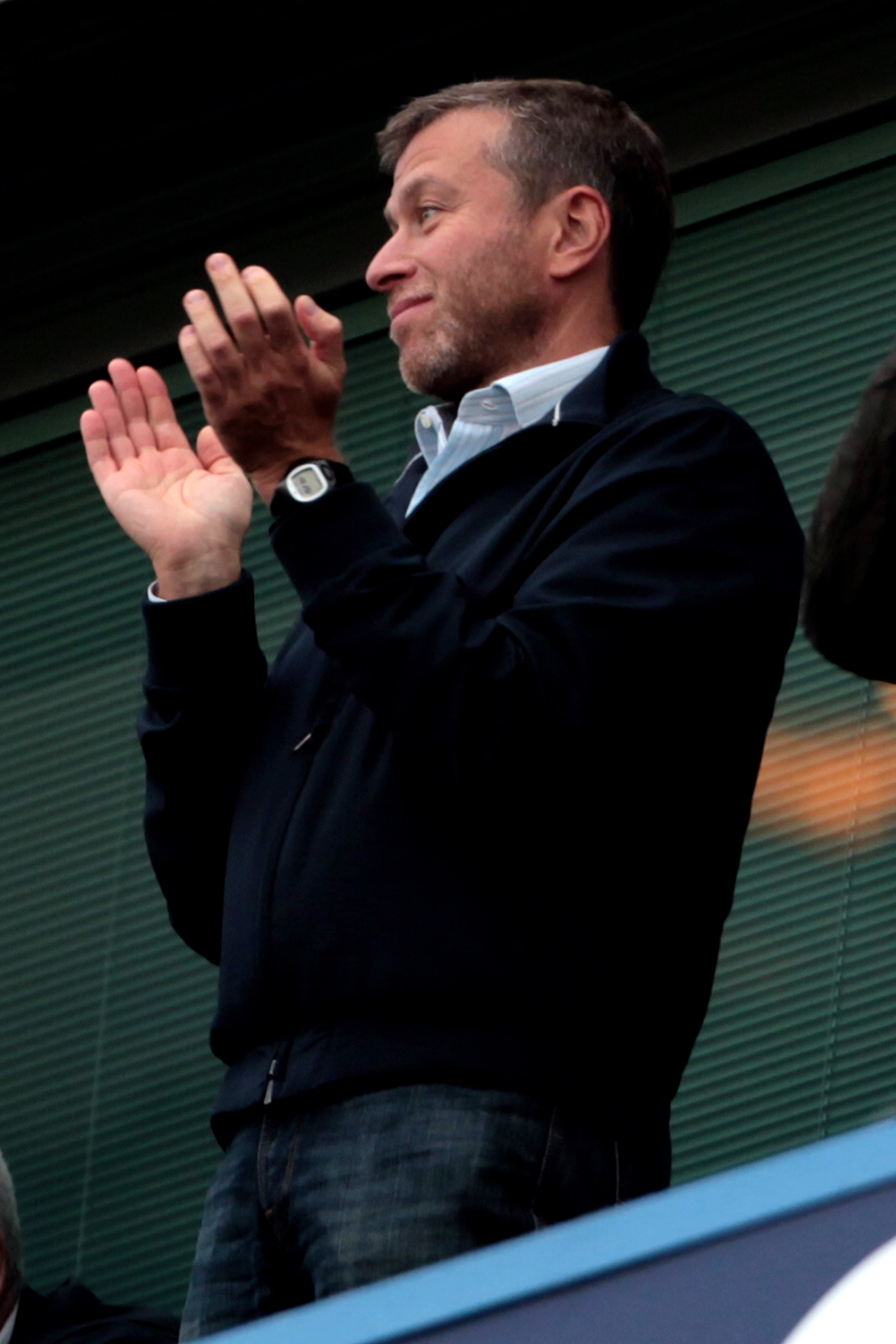 Since Roman Abramovich's takeover of Chelsea in June of 2003, he has spent £600 million amassing an enormous transfer turnover.

With Abramovich's money, Chelsea have bought and sold players for exorbitant prices (the most notable being the recent £50 million purchase of Fernando Torres).

In this article, I will list the 10 players that Chelsea never should have sold. 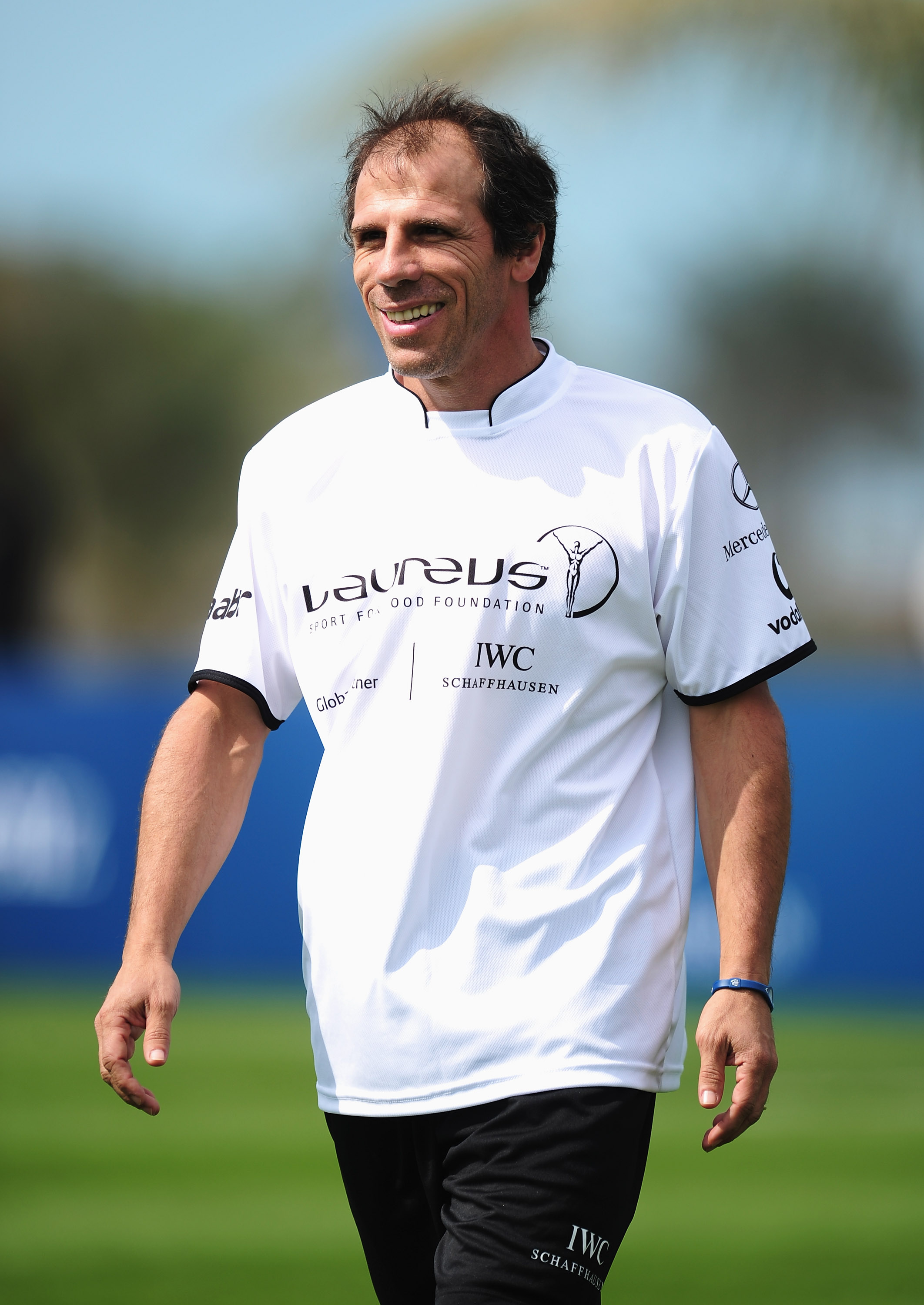 Zola has been voted the greatest Chelsea player of all time by the fans and will be forever remembered on the Stamford Bridge terraces for his incredible skills and his incomparable sense of fair play.

Technically Zola left the club before Abramovich took over as he agreed to return to his native Italy amid rumors of an impending takeover.

Unknown to many people is the fact that Abramovich desperately tried to make Zola renege on his verbal promise to return to Cagliari and stay on at Chelsea.

If Zola had agreed to stay on another year then he would have had a huge part to play in Chelsea's attack in the Champions League which ended in the semifinals against Monaco—the final nail in the coffin of Claudio Ranieri. 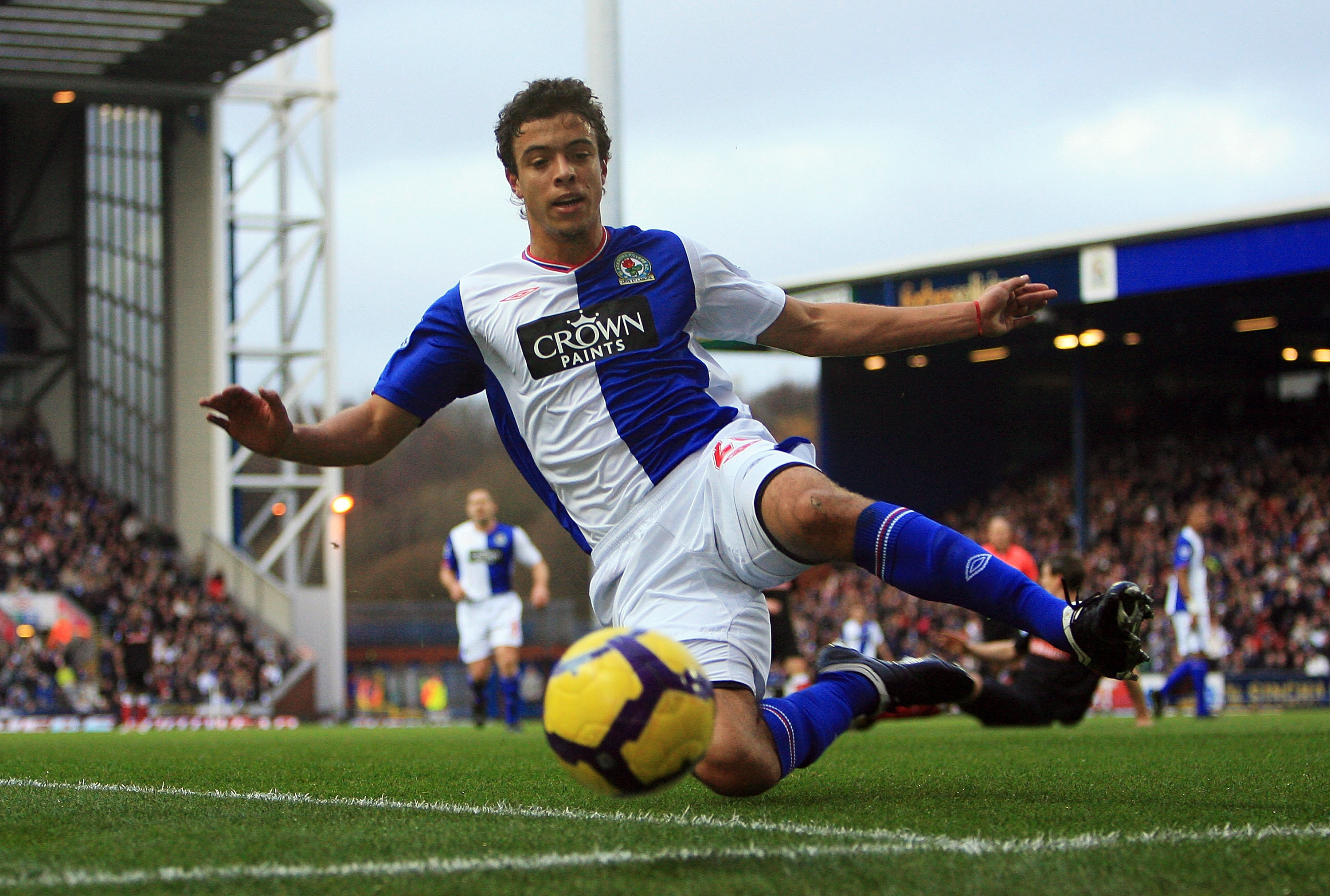 In the short time that this powerful but skillful young Argentine spent at the club, he showed enough potential for Chelsea to invest in him long term.

Di Santo showed signs of what he was capable of at Stamford Bridge and, in my personal opinion, the club should have given him more time to develop and mature as a player (in the same way they have done with Salomon Kalou).

Di Santo was sold to Wigan in 2010 and has been asked to shoulder the goal-scoring burden at the DW Stadium. A tall order for a 21-year-old! 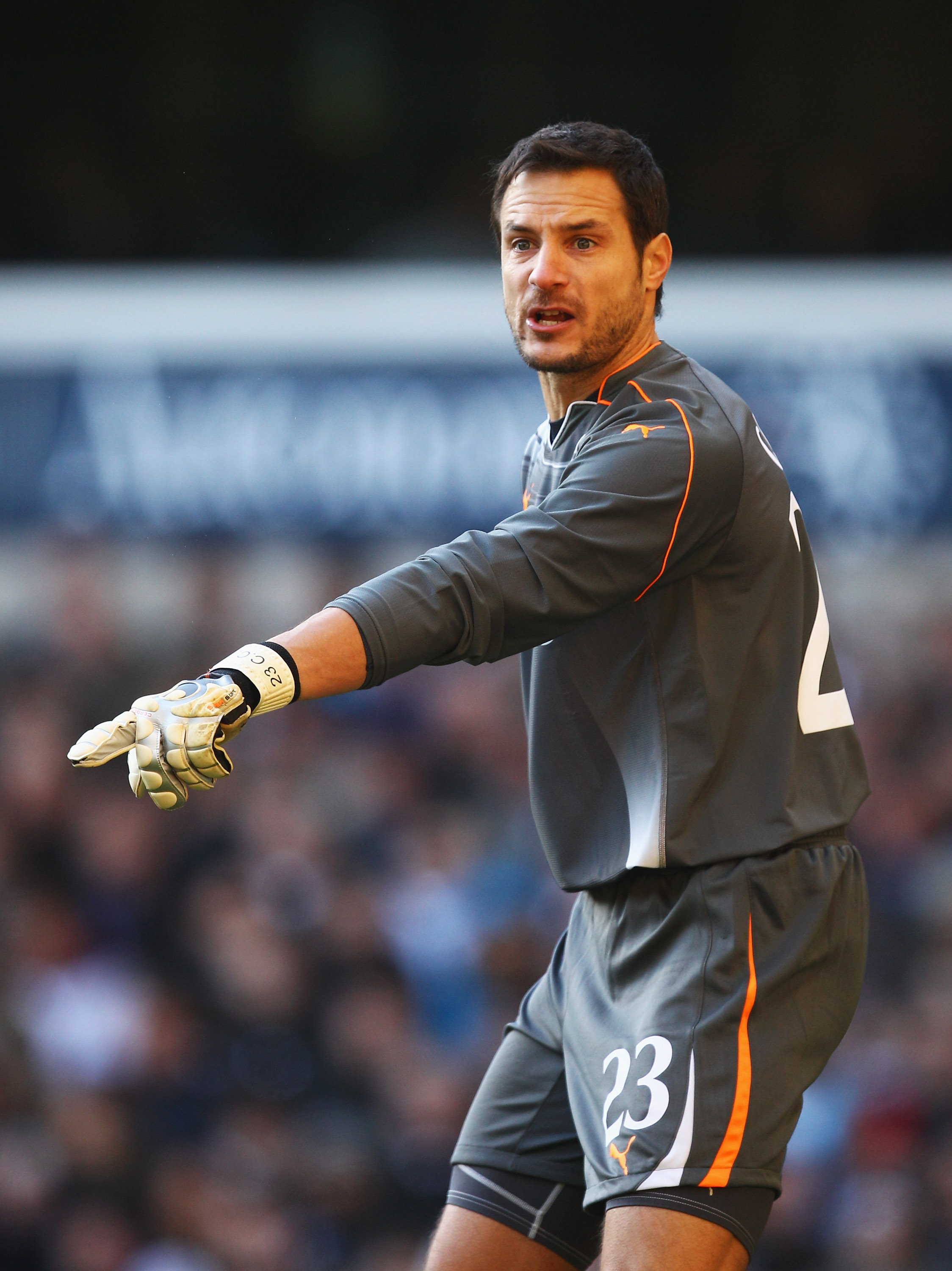 Cudicini had been a loyal servant at Chelsea for 10 years when he finally decided to move to Tottenham in 2009.

Before the arrival of Petr Cech, Cudicini was widely considered to be the best goalkeeper in the league saving six of the 12 penalties he faced while at the club.

But after the signing of Cech, the Italian veteran was soon relegated to the position of understudy. Despite rumors that Cudicini wanted to return to his native Italy, Chelsea's former No. 1 was seemingly content to sit on the bench.

He was finally released by the club in 2009, but this was a mistake as it meant that the error-prone Henrique Hilario would have to step in if Cech got injured (which he did during the 2010 preseason). 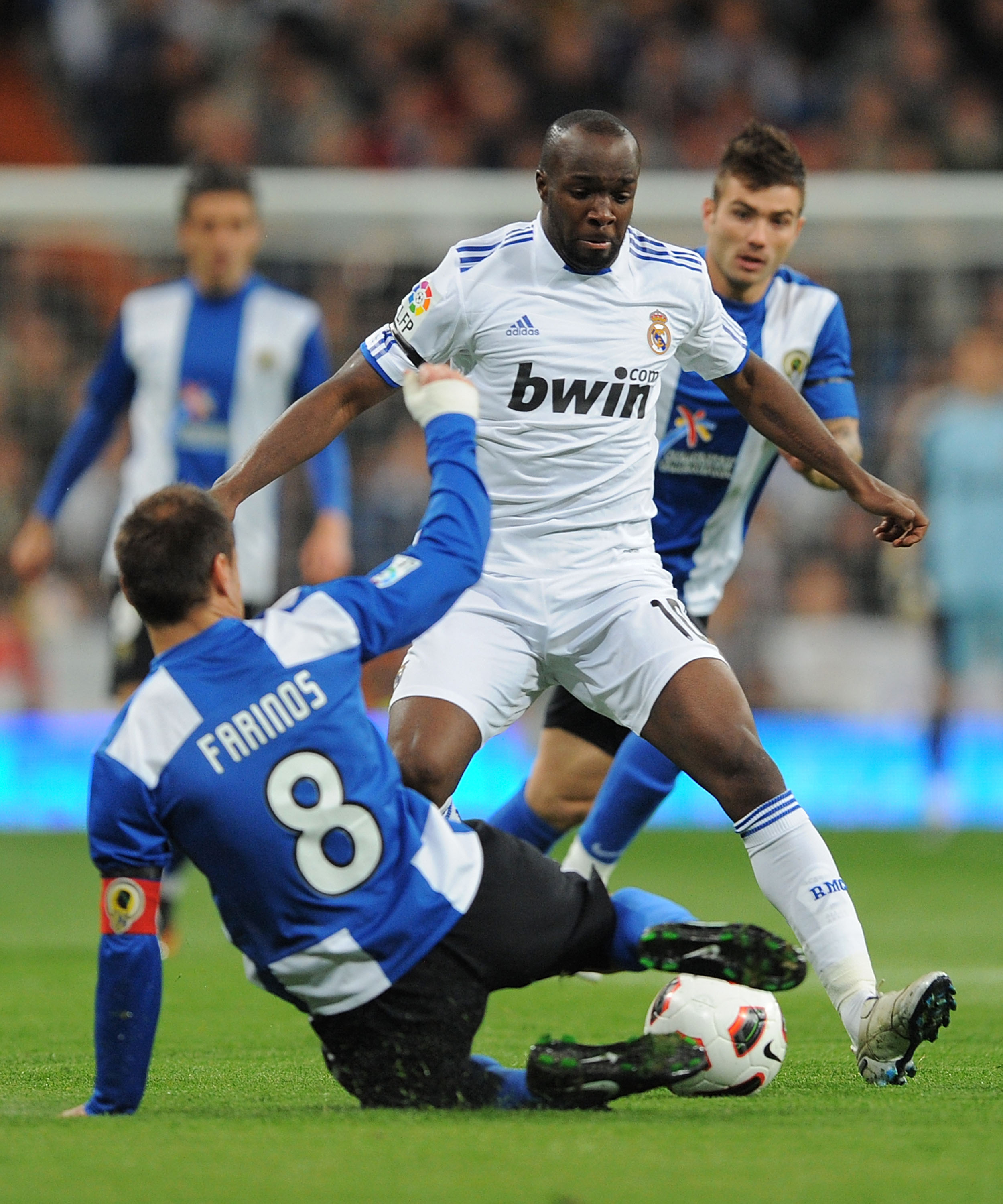 This dynamic central defensive midfielder, once hailed as the "new Makelele," signed for Chelsea as a 20-year-old youngster in 2005.

Jose Mourinho rated Diarra very highly as a squad player, but with the arrival of Micheal Essien, Diarra decided to leave in pursuit of first team football. He was signed by Arsenal in 2007 and from there moved to Portsmouth where he was signed by Real Madrid for an astonishing £20 million.

Diarra has thrived at the Bernabeu with 63 appearances for Madrid since 2009. First team opportunities have been hard to come by since his reunion with Jose Mourinho but "The Special One" has said that he sees Diarra as a starting player in the long term. 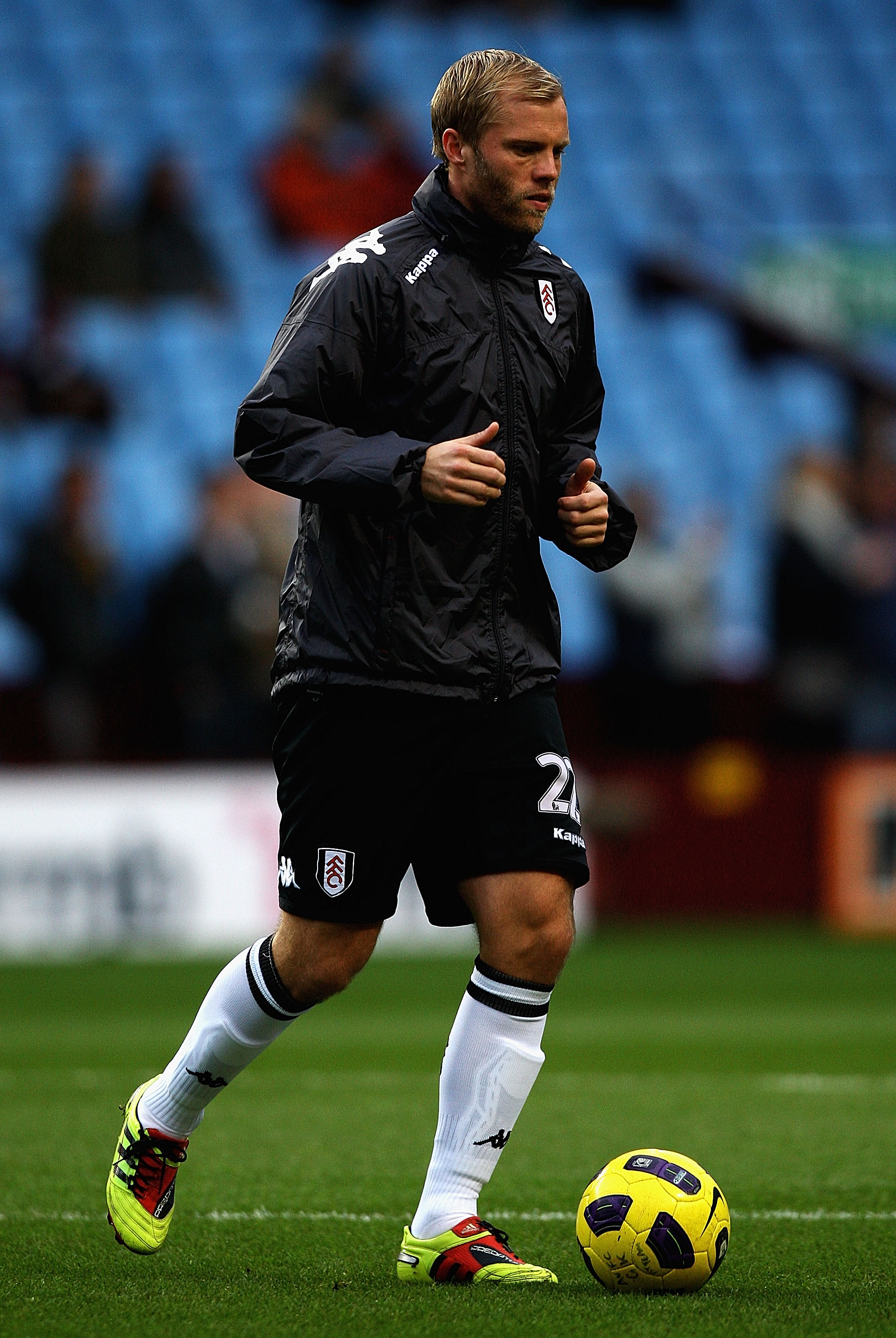 Eidur Gudjohnsen started his Chelsea career in 2000 as an out and out striker, and he quickly forged a lethal partnership with Jimmy Floyd Hasselbaink with the combination yielding 50 goals in the 2001-02 campaign.

Gudjohnsen scored some memorable goals for Chelsea with his overhead kick against Leeds in 2002-03 standing out as the best.

But it was his remarkable football brain and passing ability that saw Jose Mourinho play him in a deeper role behind the strikers which, in my opinion, brought out the best in Gudjohnsen.

He was sold to Barcelona in 2006, but I feel that he could have made a valuable contribution to Chelsea by adding to his 60 assists and 54 goals. 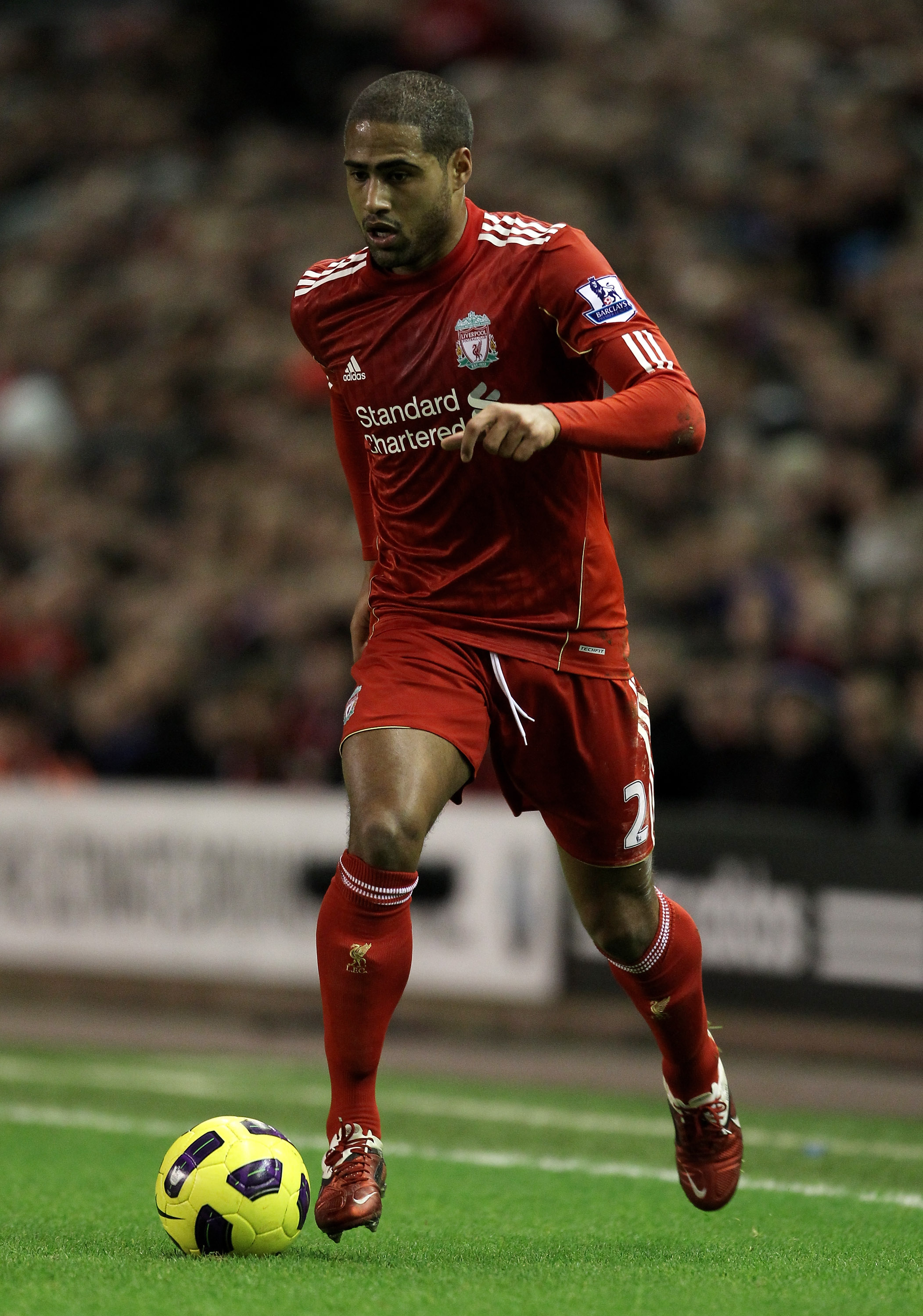 Another young player that showed glimpses of incredible talent at Chelsea without ever revealing his true potential as an attacking right back.

Johnson was inconsistent at the back but scored some fantastic goals, particularly against Blackburn in 2003-04, and if he had stayed at Chelsea, he may have improved and matured.

Johnson has gone on to establish himself as England's premier right back and has become an integral part of the Liverpool side. 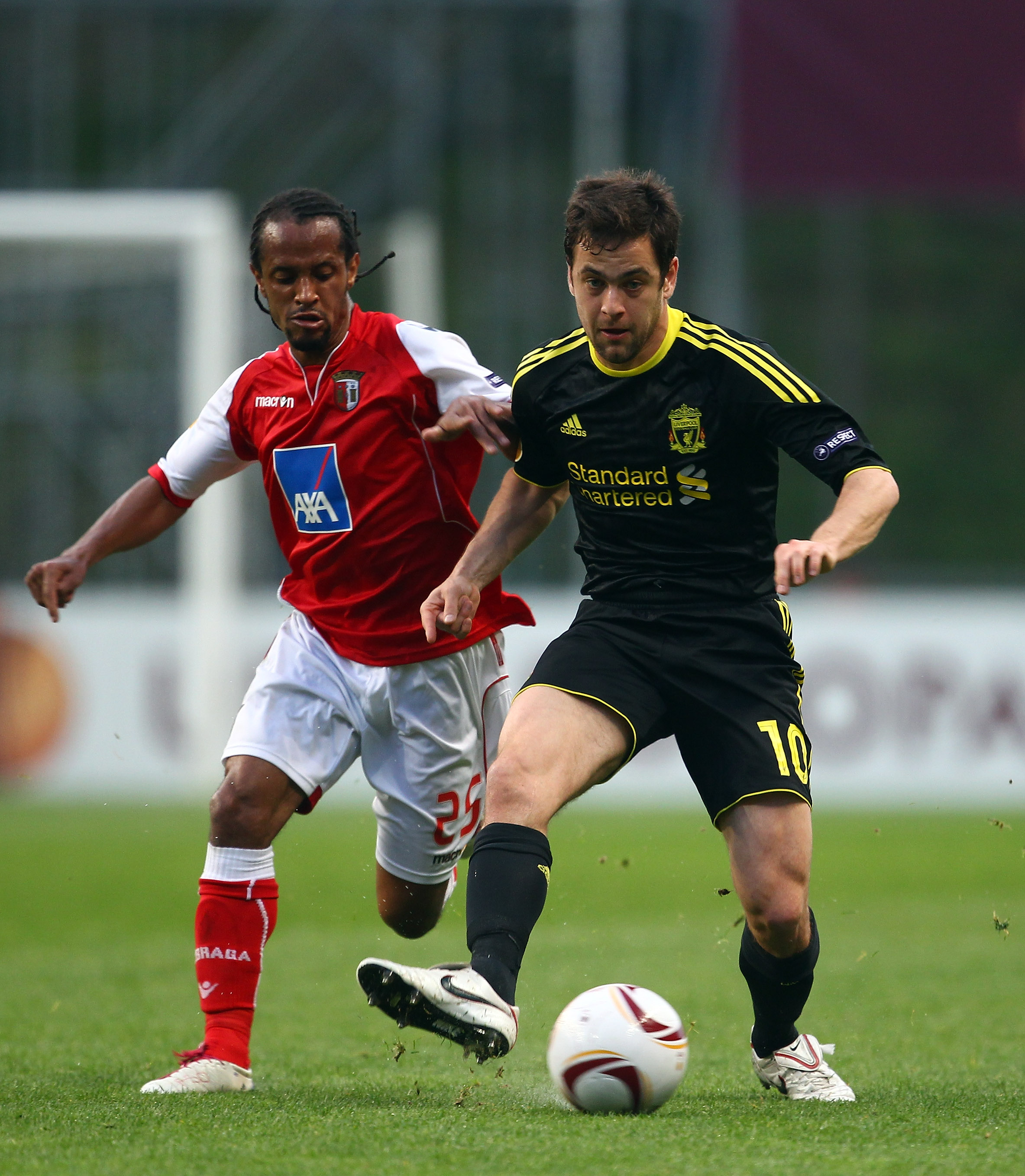 Joe Cole was always a wildcard footballer. Incredibly skillful and with a knack of scoring important goals, Cole was a crucial part of Chelsea's title-winning side in 2005-06.

He never managed to establish himself as a first team player under Carlo Ancelotti, and his form was seriously affected by a serious cruciate ligament injury in 2008.

But the decision to let him move to Liverpool, on a free transfer as well, was a mistake particularly considering that, since his departure, Chelsea have lacked creativity at times and could have used his magic spark to unlock defences. 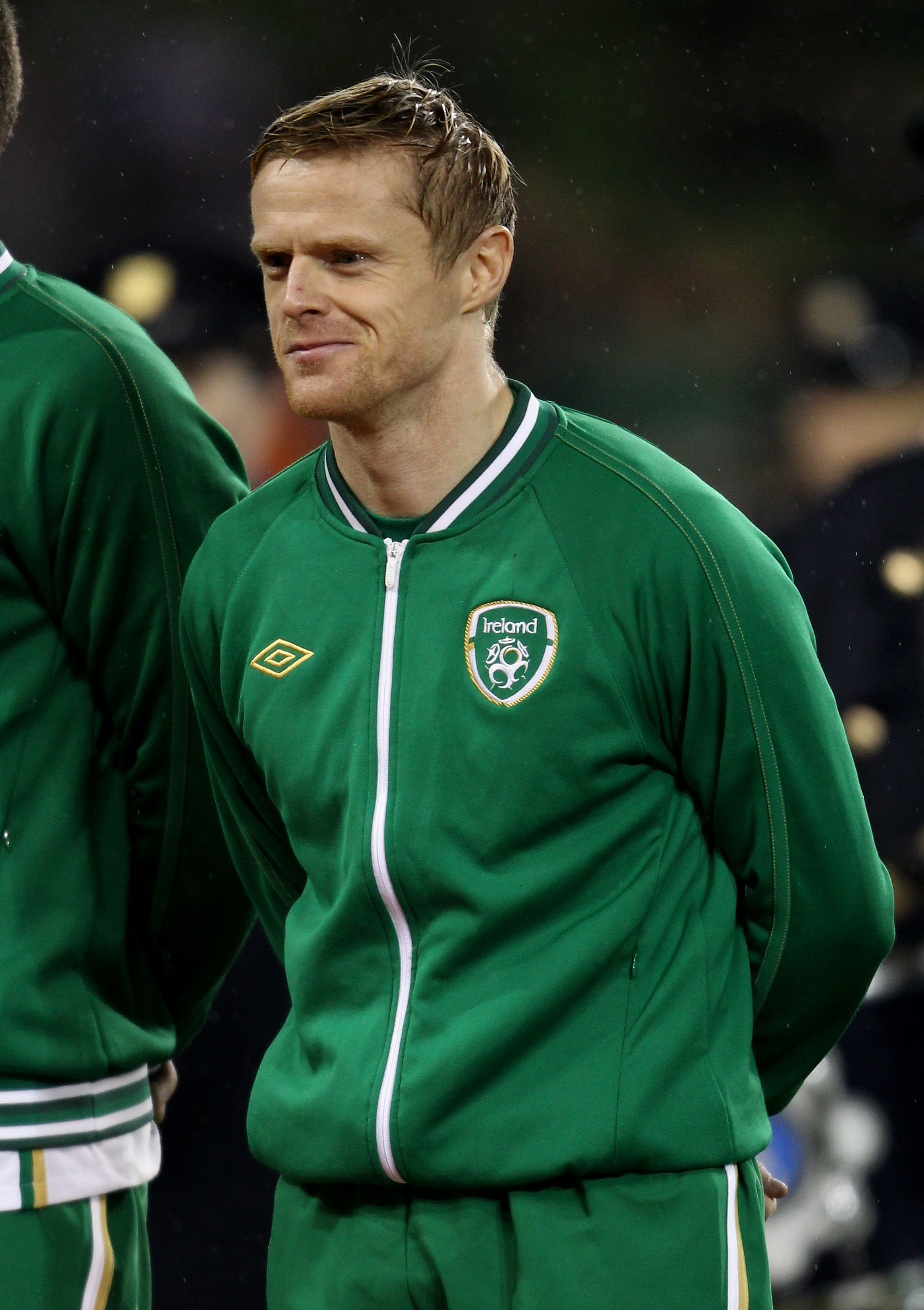 Duff was a crucial part of the team for the first two seasons of the Abramovich era, and his wing wizardry combined with that of Arjen Robben made Chelsea a deadly attacking force in 2004-05.

The Irish star had the pace to get in behind defences and made a healthy contribution of goals and assists during his Stamford Bridge career. He was perhaps best employed on the right wing where he could cut inside and wreak havoc with his magic wand of a left foot.

Duff was phased out by the arrival of Shaun Wright-Phillips who never achieved the same success at Chelsea as the Irishman and has gone on to play important roles for Newcastle and Fulham. 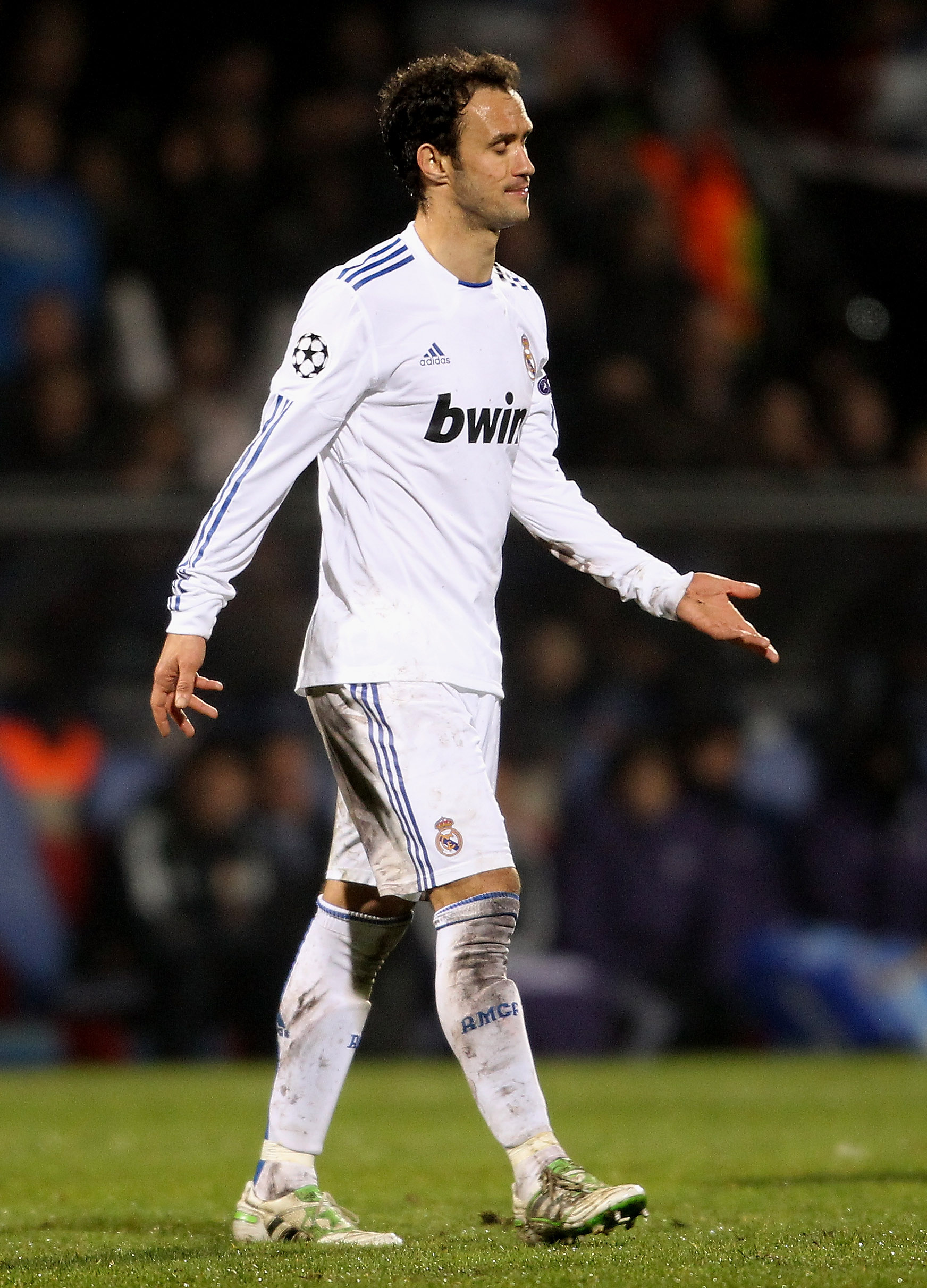 Carvalho was one of the most underrated players of the entire Abramovich era showing an incredible willingness to start attacks and to get forward from the center back position.

Carvalho was without equal in timing his tackles and was the perfect defensive partner for club captain John Terry. Parallels could be drawn between Carvalho and David Luiz.

The decision to sell Carvalho to Real Madrid at the start of the 2010-11 campaign backfired with the injury of Alex and the need to play Ivanovic at right back. Chelsea were desperately short of cover in the central defensive region with youngster Jeffrey Bruma being asked to step up to the plate.

Times have changed now with the return of Alex and the arrival of Luiz but a few months ago, Carlo Ancelotti would have been deeply regretting his decision to sell his No. 6. 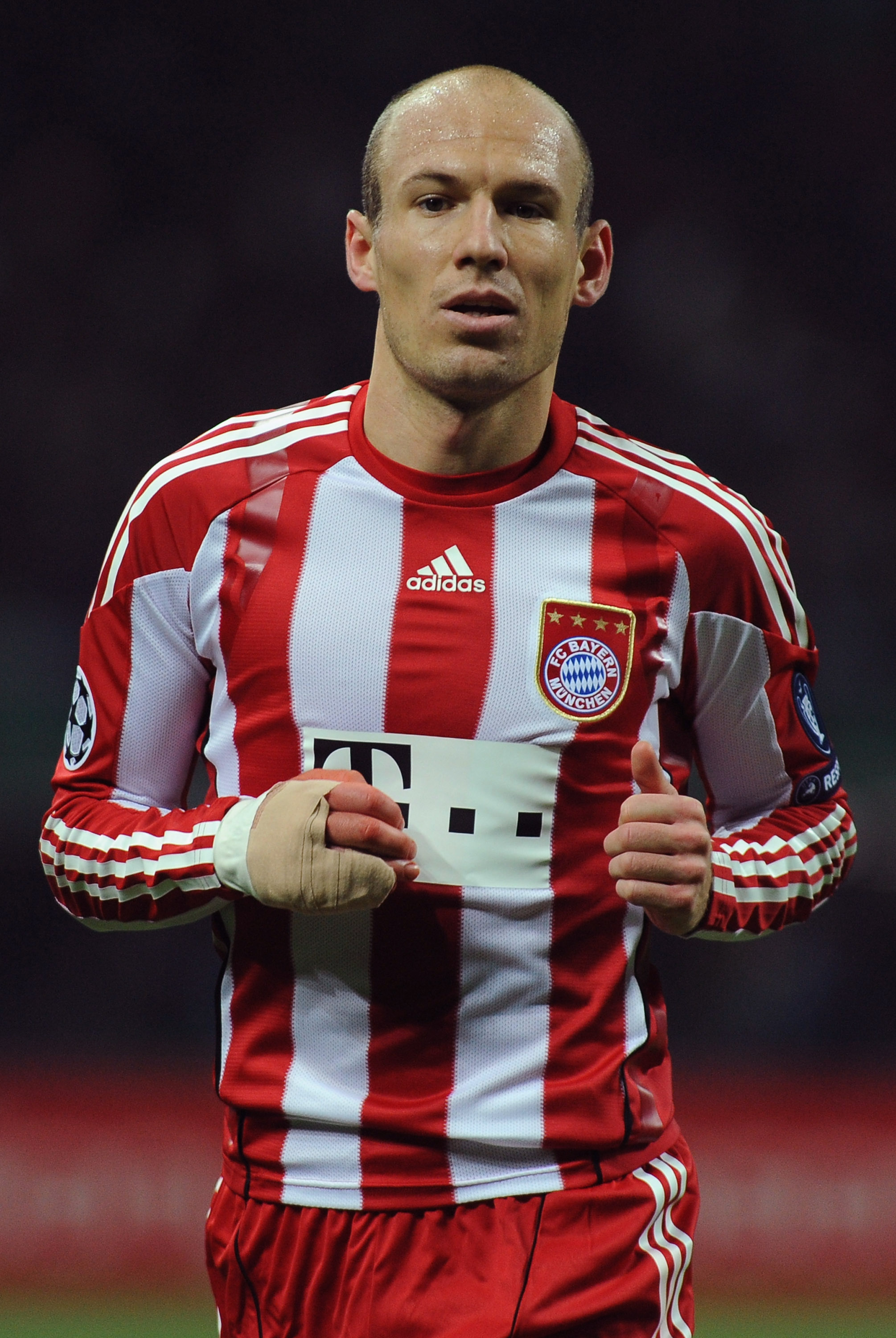 Robben was once billed as the next Johan Cruyff and his mercurial wing play and partnership with Damien Duff was one of the main strengths of Mourinho's title-winning side.

Robben had incredible dribbling skills and an eye for goal and, in my opinion, he could have gone on to become one of the best players in Chelsea history if he had not been sold to Real Madrid in 2007.

Robben's time at Chelsea was injury-plagued, but he had his whole career ahead of him after signing for the club as a 22-year-old.

Robben has since made his mark as a world-class player with a wonder goal against Manchester United in the Champions League last season and an exemplary World Cup performance that saw Holland reach the Final. 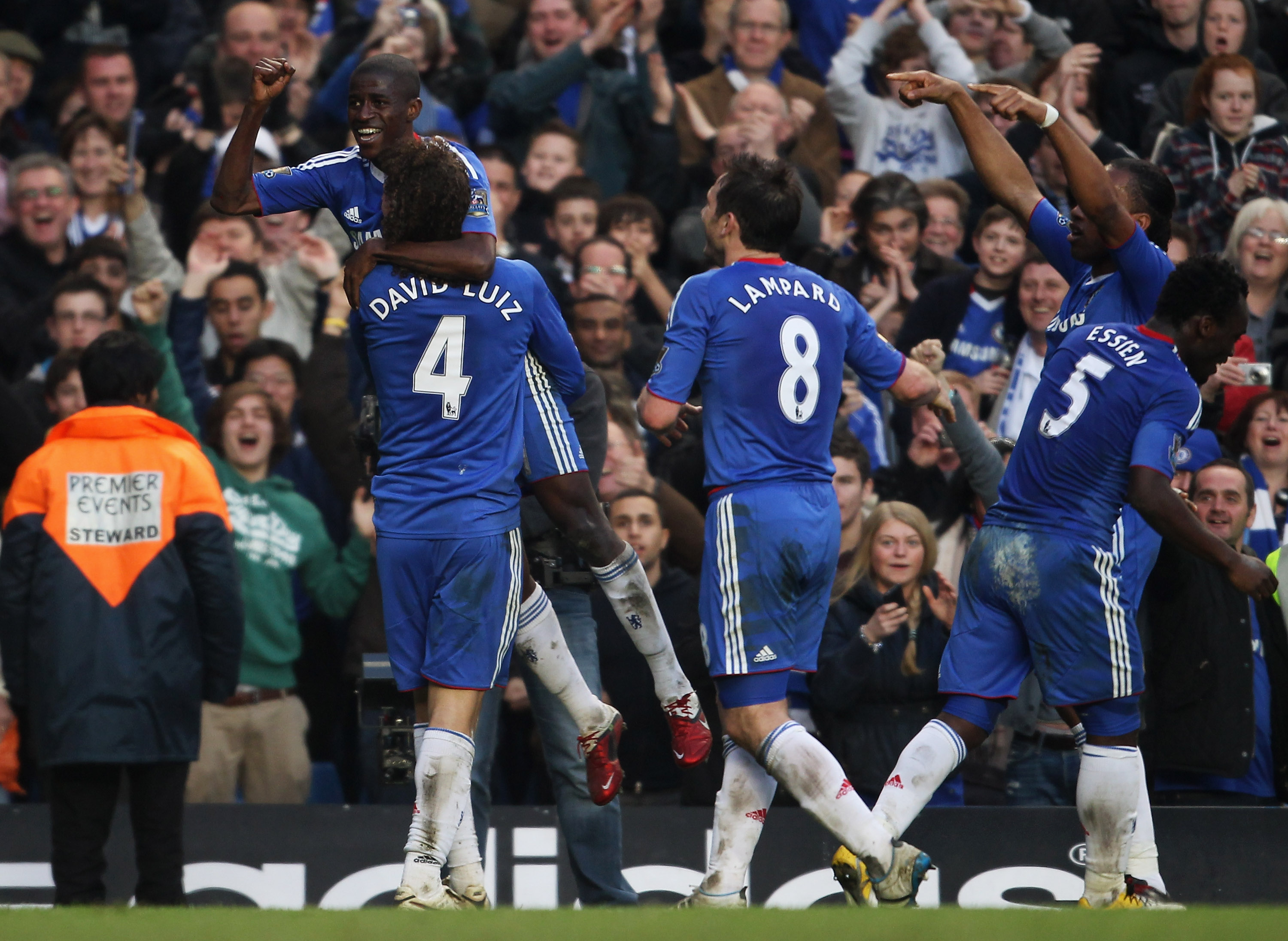 If Chelsea had been more patient in letting some of these players develop and establish themselves as integral parts of the first team instead of cashing in on them at the first opportunity, perhaps there would not be as big a problem with the average age of the squad.

Chelsea have started to sign younger players again such as David Luiz, Ramires and Piazon, and it is imperative that the club do no repeat the same mistakes with them.