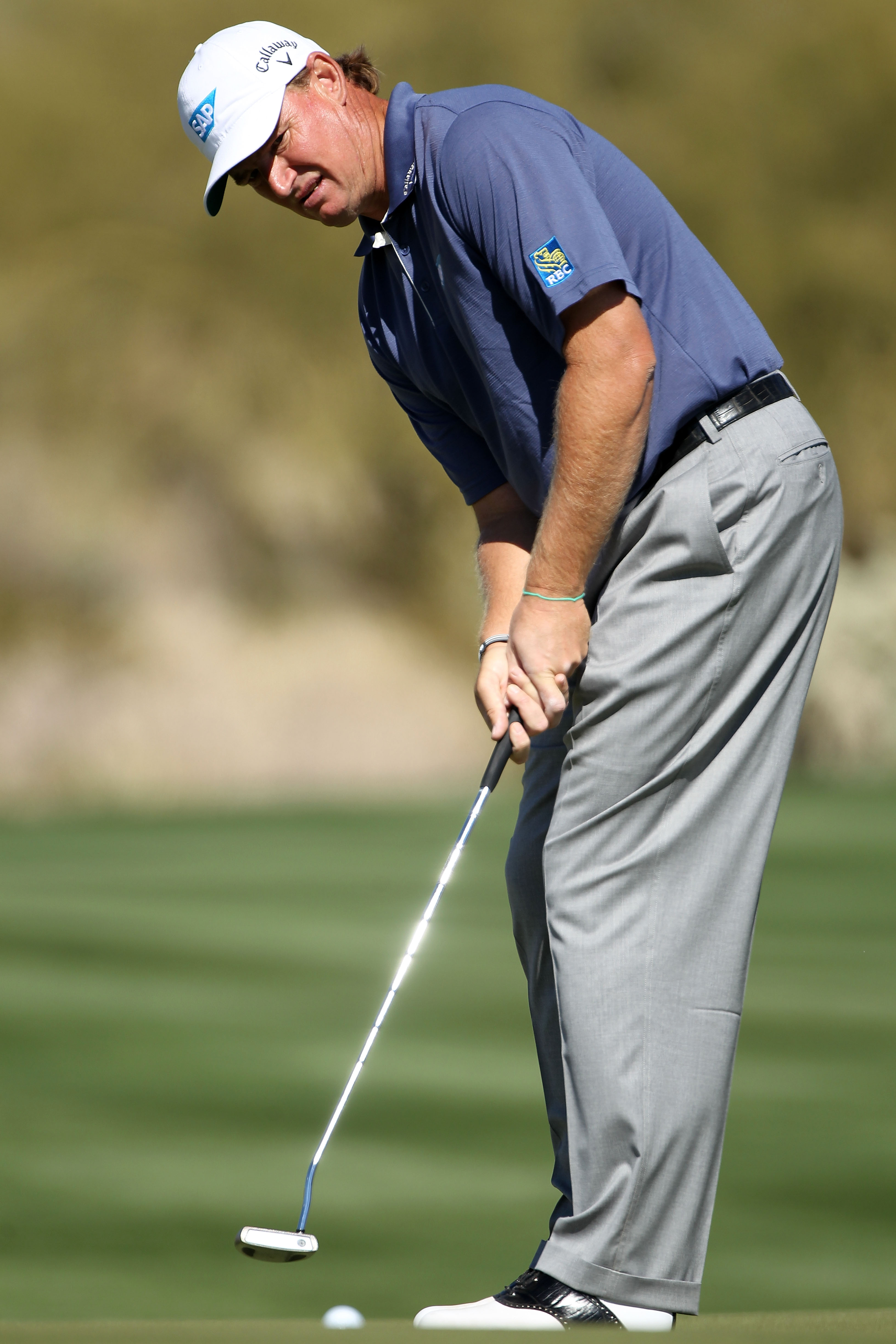 So, yet again, we have come to a World Golf Championship at the famed Blue Monster.

However, this course has been anything but a monster as of late. In scoring average, it is in the lower half of the courses on the PGA Tour.

This week, expect the best to come back out roaring. Remember: we have had the pleasure of watching Lee Westwood and Rory McIlroy grace us with their presence. I mean, it won't be very often when we can watch these guys struggle to break par. No offense to these guys, but Tiger has enough strokes over par for the top 10 of the world.

But back to this week. With another loaded field, who will be up there to claim the trophy this year? 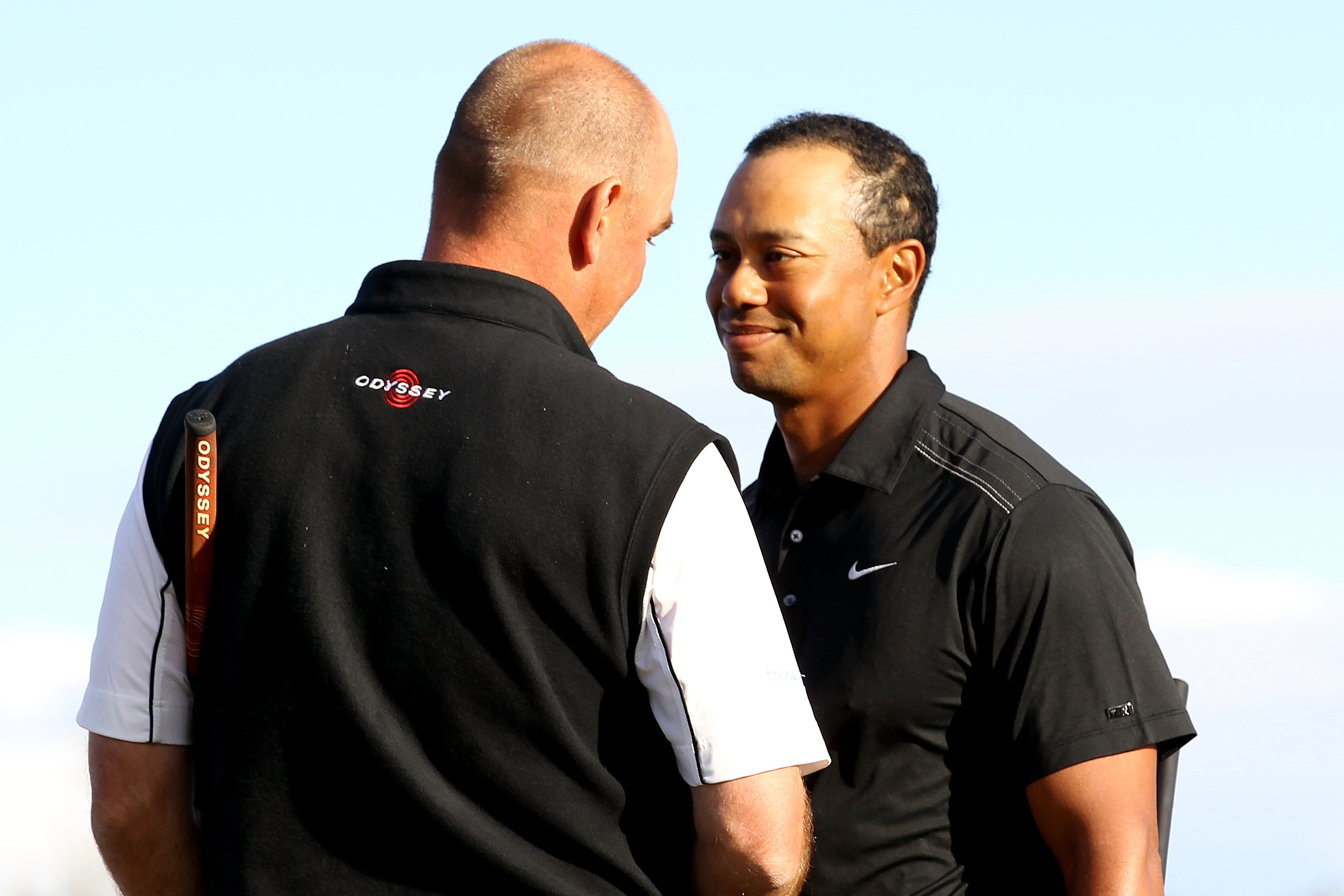 Yes, I know I am probably going to be criticized for picking Tiger. But, as a dark-horse pick, I have certain liberties. But let's be serious here:

Simply put, Tiger has been able to play in these tournaments. Other than a tie for 78th last year, Tiger's worst finish in a WGC is a tie for fifth. Come on, how can you not at least put him in as a dark horse?

While I don't think Tiger has earned a spot with the 10 players following him, he certainly could be the dark horse of the field.

Hopefully Tiger went out, practiced what was needed and kept working through everything.

The very thought of such a dominant force being named a dark horse truly exemplifies the qualities of golf. 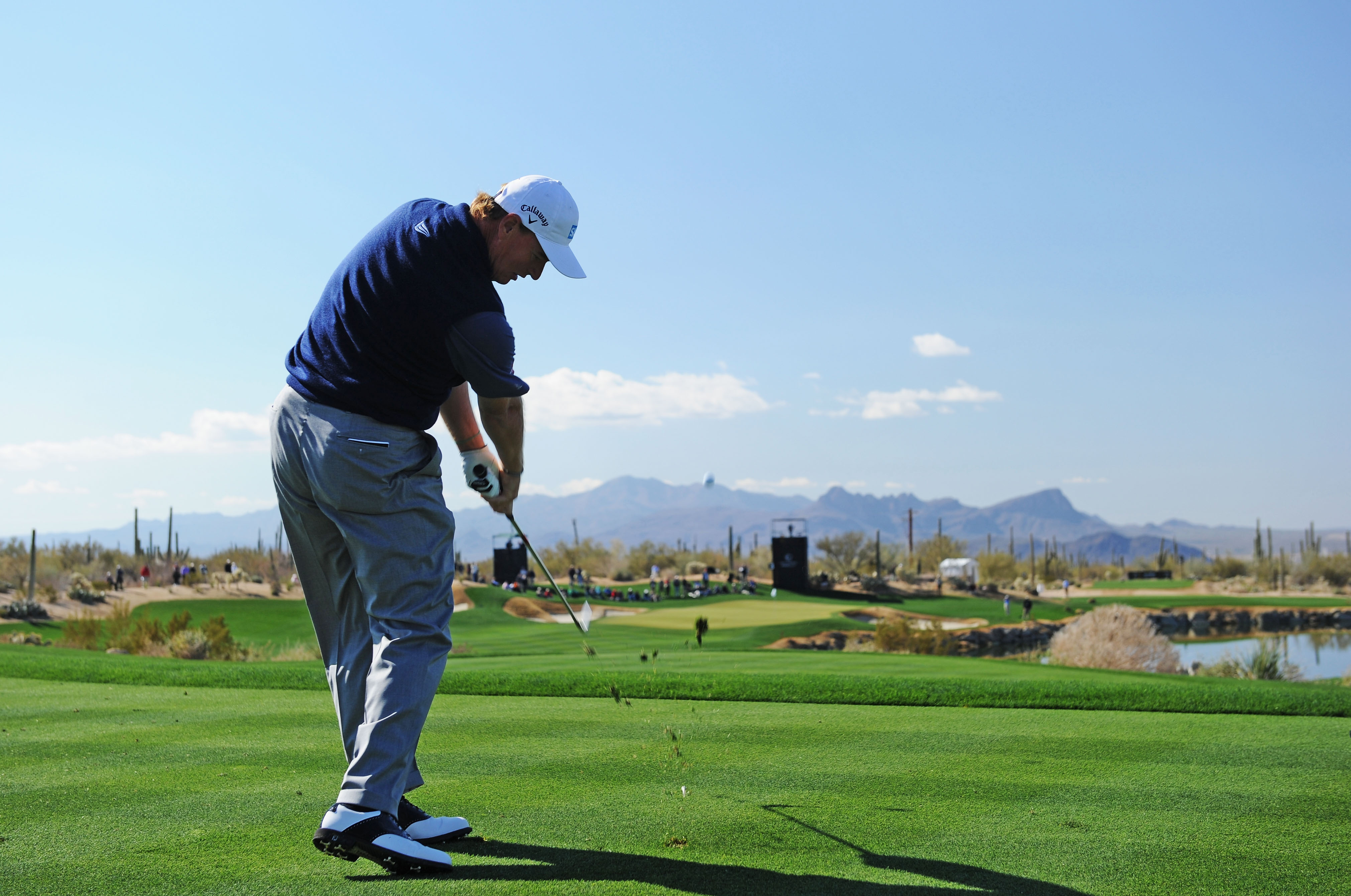 To be honest, I don't think there are too many points which can be brought up about Els that have started well. He has been in the top 25 half the time and he has yet to miss a cut.

But there's something about his game that makes you realize that, despite any issues, Els is still a great golfer and he could pop up on the radar at any time.

Unfortunately, his play certainly is not enough to predict back-to-back victories at Doral. The field has become much deeper than ever and this will hamper his chances at the trophy once again. 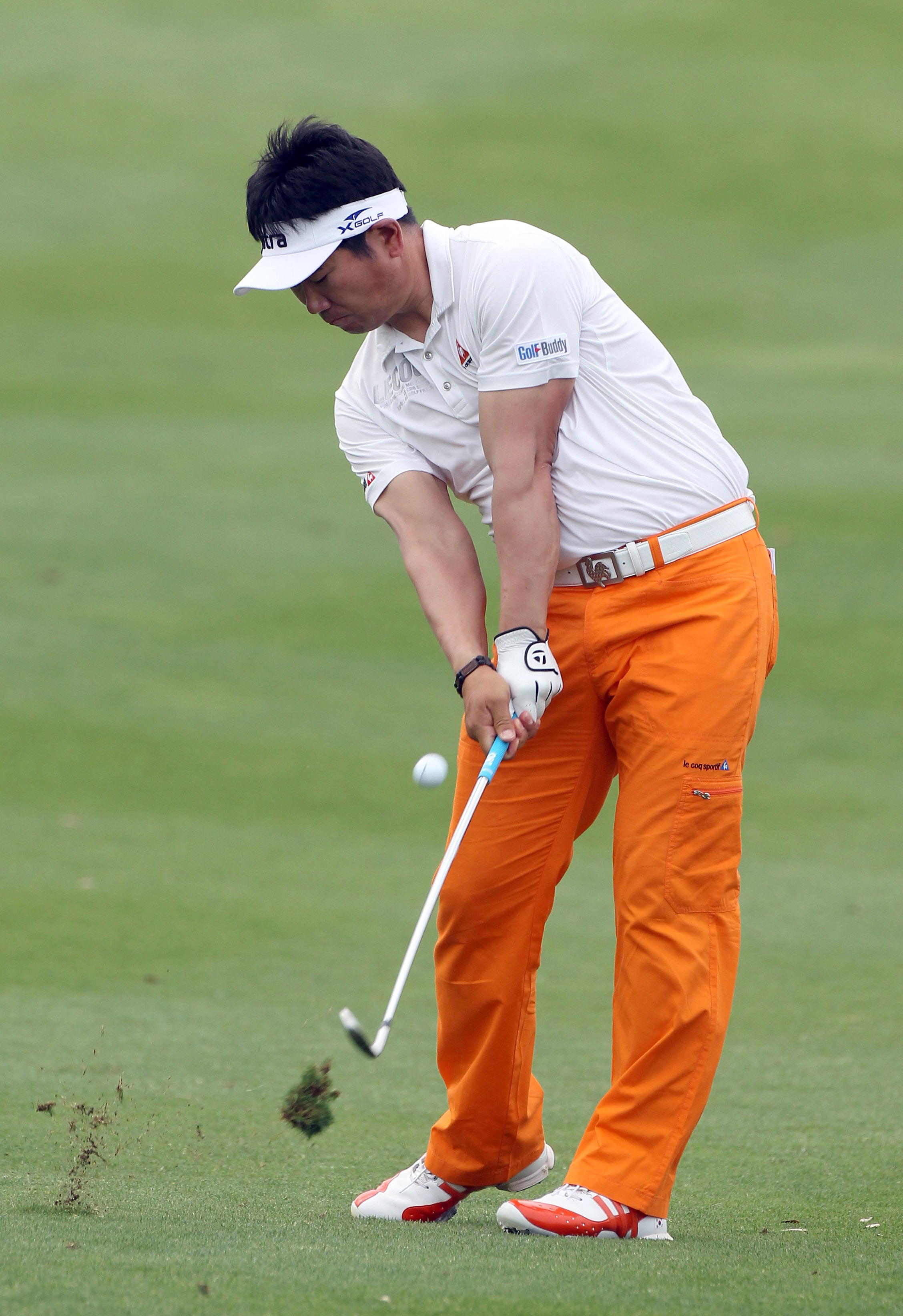 Just when you thought he was going to become irrelevant, Yang decides to go and play well again. And it's not even that he wasn't playing well. It was that more was expected of him when he defeated Tiger.

Last year, Yang struggled through the year, cracking the top 10 only twice. So far this year, he has done it three times. He is already improving and he is only five tournaments in.

The best part of Yang is the stoic presence that he can bring. He just shuts out the world and plays golf.

This week the world will be playing too loud for him to shut it out, and Yang will have to settle for doubling his top 10 finishes for the year. 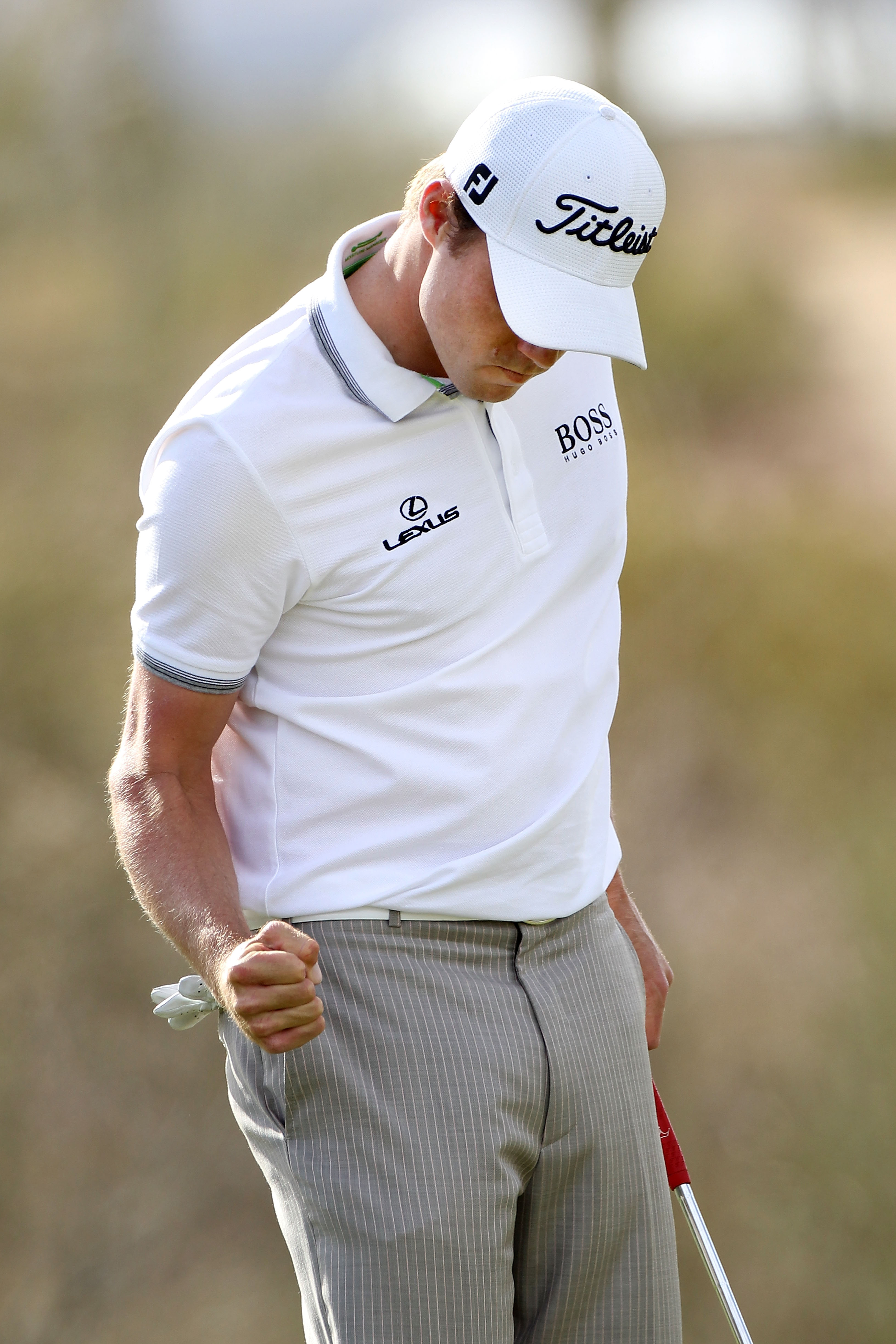 A perfect 4-for-4 record in top 10s this year pushes Watney into the talk more often.

Everyone is looking for the next American savior for golf. Let's think of it this way. Arnie finished, Jack came along. There was a lull in golf for about 25 years, until Tiger Woods came around.

So Americans should get used to a handful of Americans being contenders, but certainly no Tiger force. Nick Watney is one of the handful.

Watney has the tools and the confidence to hang in there in this thin field. 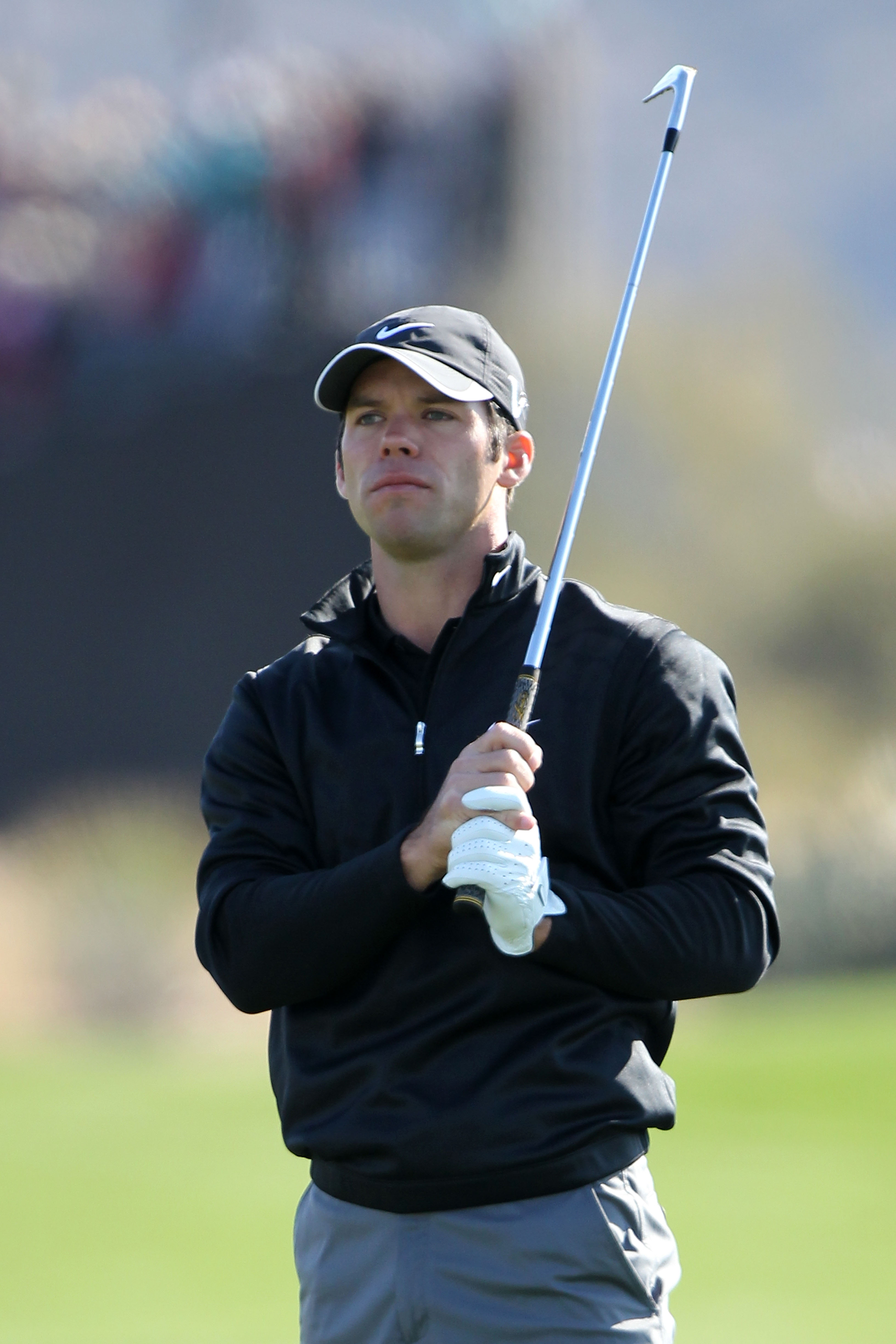 As much as his early exit disappointed fans, Paul Casey is here for the PGA Tour, not for the European Tour.

Despite playing only two tournaments in the states, Casey has a tied for 12th and then he tied for 17th last week.

Outside of that, Casey's performance in the Volvo was nothing short of brilliant, winning by eight strokes over Rory McIlroy, who was at 16-under par.

There is no denying that Casey has all the tools to get it done. Will he this week? I don't think so, but I think this week marks a landmark point for Casey's game. 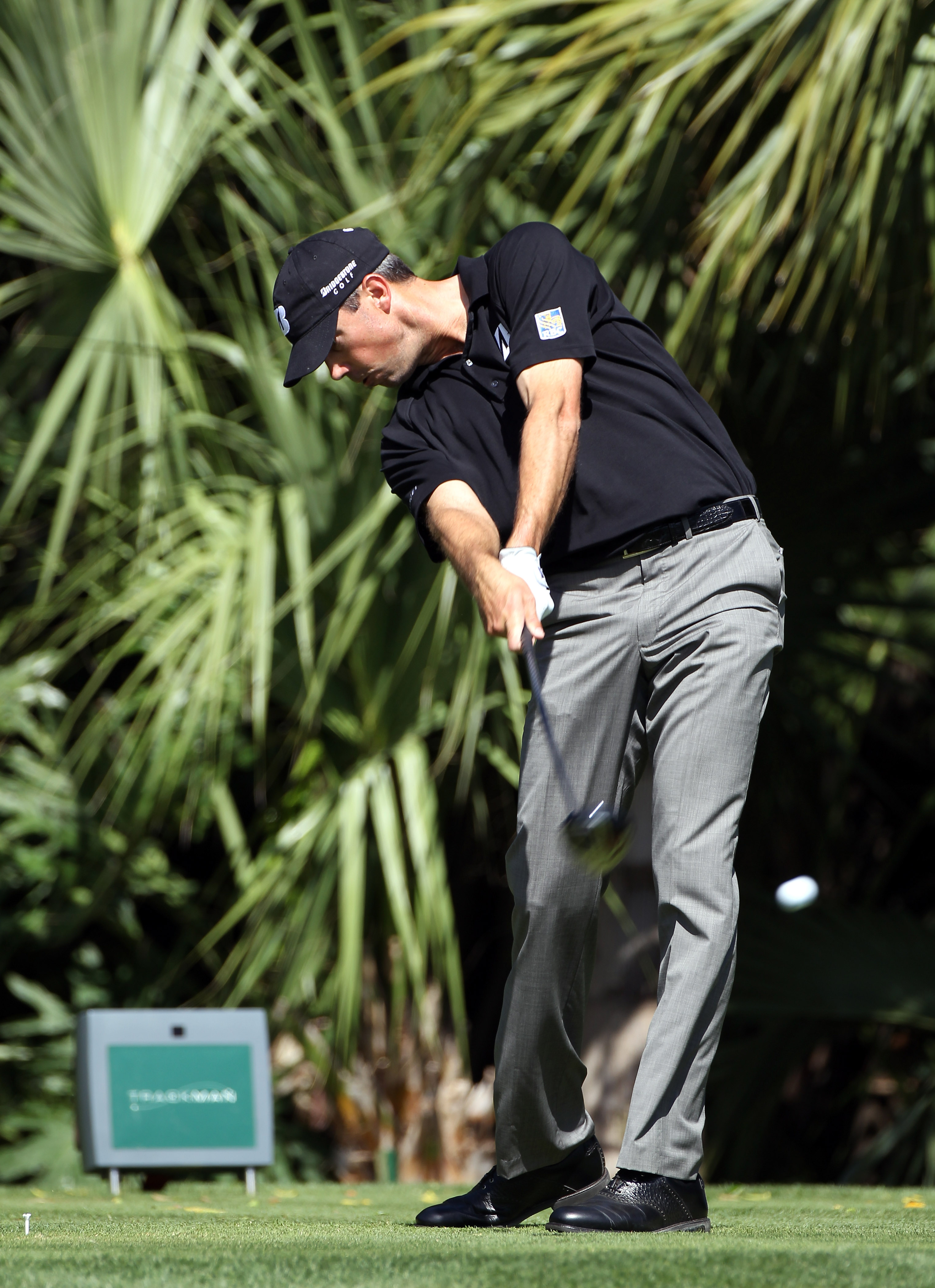 Usually, I would have Matt Kuchar a little bit closer to the top end of this list, along with the higher predicted players. But for some reason, I felt that this week Kuchar is going to struggle in one of his rounds, but that will still translate to a top 10 anyway.

It doesn't matter what you throw at Kuchar—he is going to smile at you. Kinda creepy, but just a great guy.

As of late, Kuchar seems to be looking for a center of his game, and he is doing well in finding and balancing that game.

It won't be too long until Kuchar breaks through, but don't expect it this week. 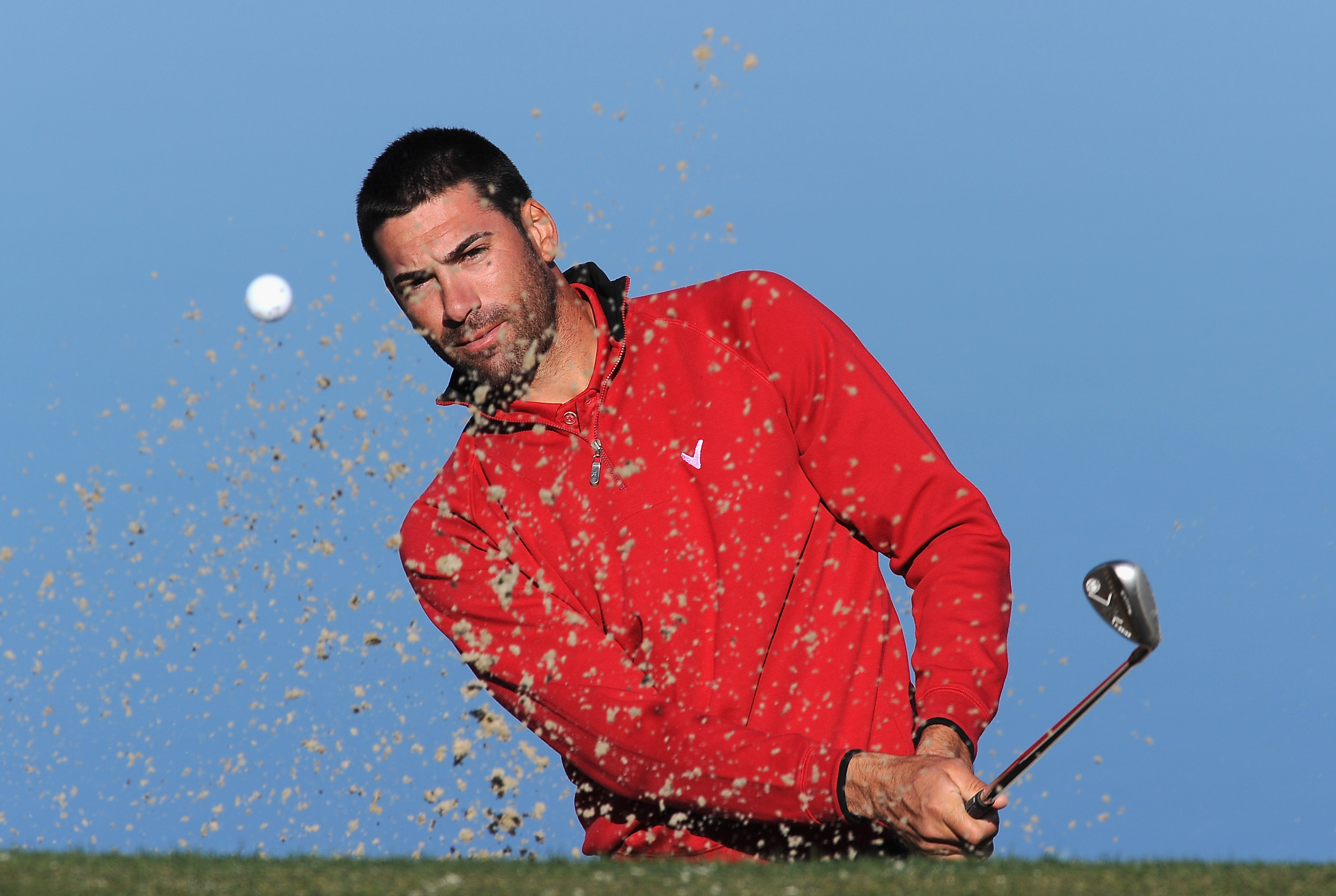 If you saw my power rankings at the end of February, you were probably shocked to find Quiros on the list in second. But, in all honesty, he has played the best in Europe of everybody but Martin Kaymer.

Two weeks ago, Quiros exited early. Now he is going to seek redemption.

Nobody saw Y.E. Yang coming at Quiros so hard. Everybody seemed to write him off, or dislike him enough, to predict negatively. However, it was just good golf that Yang played. You can't blame Quiros for losing to a guy like Yang.

As for this week, Quiros' prediction does not fall in sync with the power rankings. It falls a little short, but that's the nature of the beast. Still, expect this Spaniard to be taking his best game to try and prove his worth in the United States. 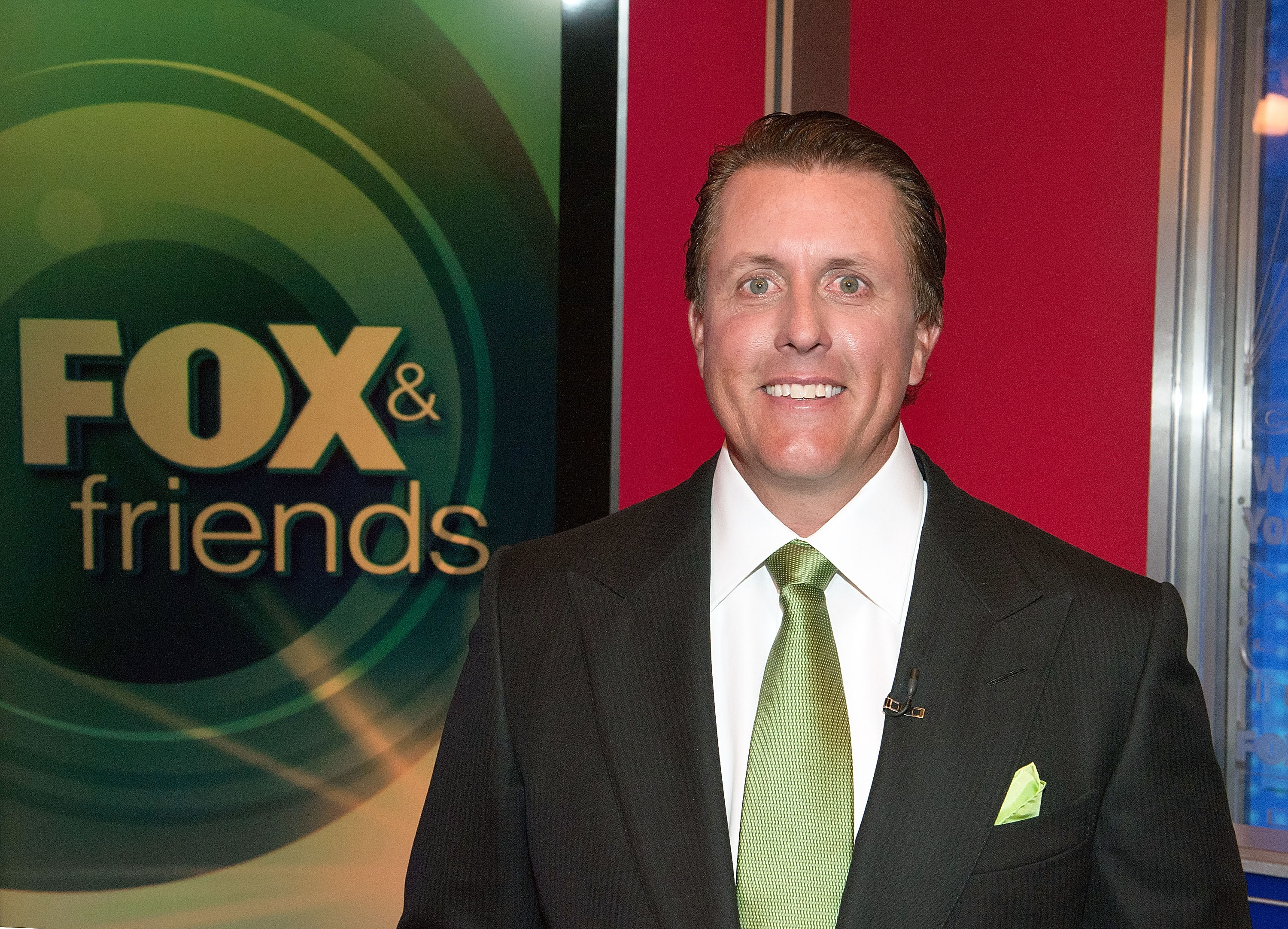 While some are writing off the great season that everyone claimed they could see coming, I'm not yet ready to say that it's over. There's a lot of golf to be played.

However, Phil definitely has struggled since coming out of the gates hot.

Phil and Tiger will be together at Doral, which isn't a great thing in reality. Neither are exactly at the top right now, and they do not enjoy playing with each other.

However, I think Phil definitely has a great chance to place well this week, with the putter only gaining momentum from here on in. 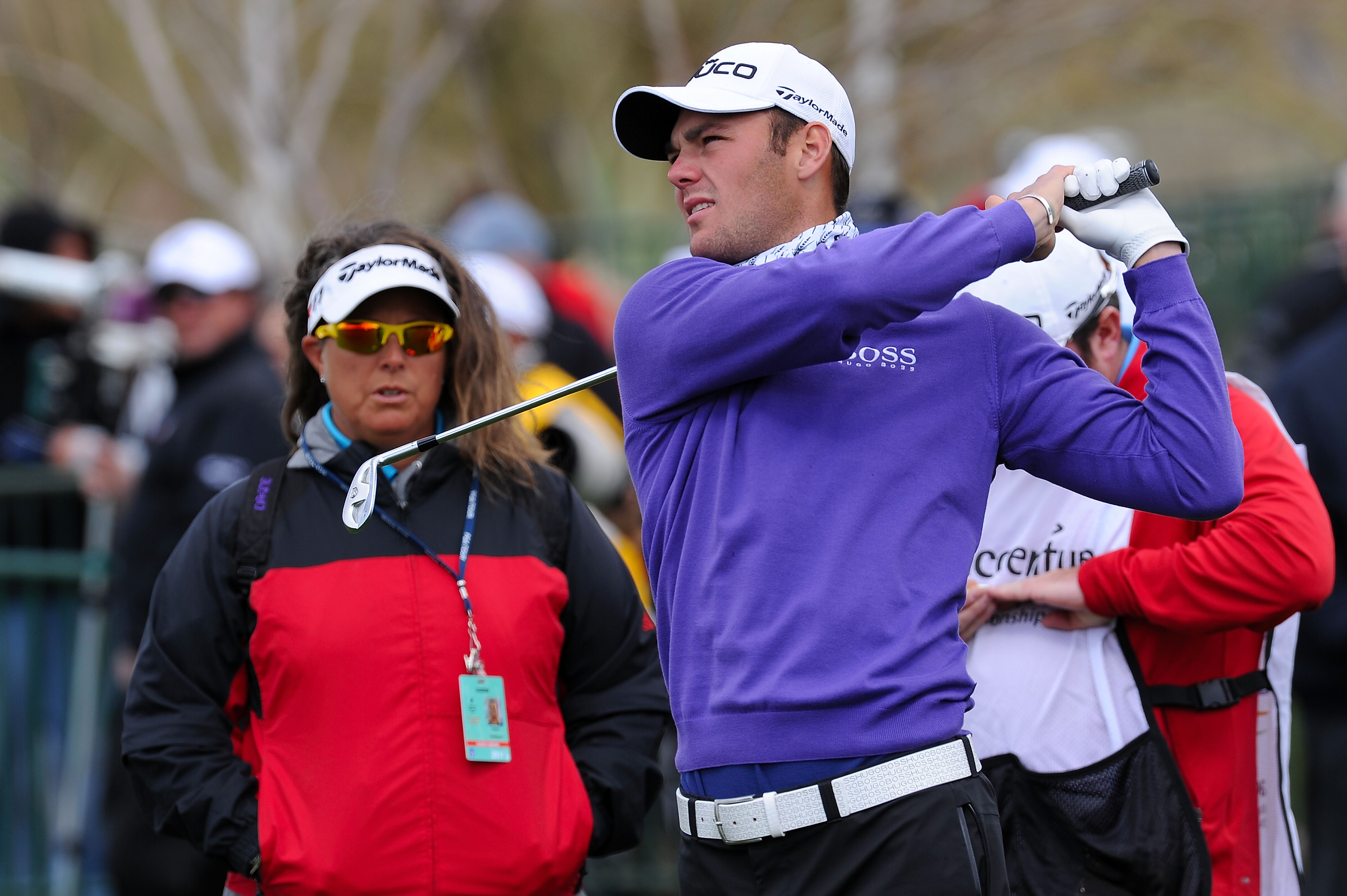 Currently the top dog, Kaymer has no reason to worry this week.

Two weeks ago, the sizzling Luke Donald put down Martin Kaymer, but that did not prevent him from ascending to the No. 1 position in the world.

If you were to rate the best performances, losses aside, Kaymer and Donald were most definitely the most consistent. Donald disposed of his opponents in under a total of five full 18s. Kaymer had to grit out a few wins, but he got the job done.

If his demeanor for the game, as well as his conduct off the course remains as is, Martin Kaymer will be a well-liked top dog in the golf community.

Plus, if the best golfer in the world wears a "snood," we could see a new golf fashion trend. 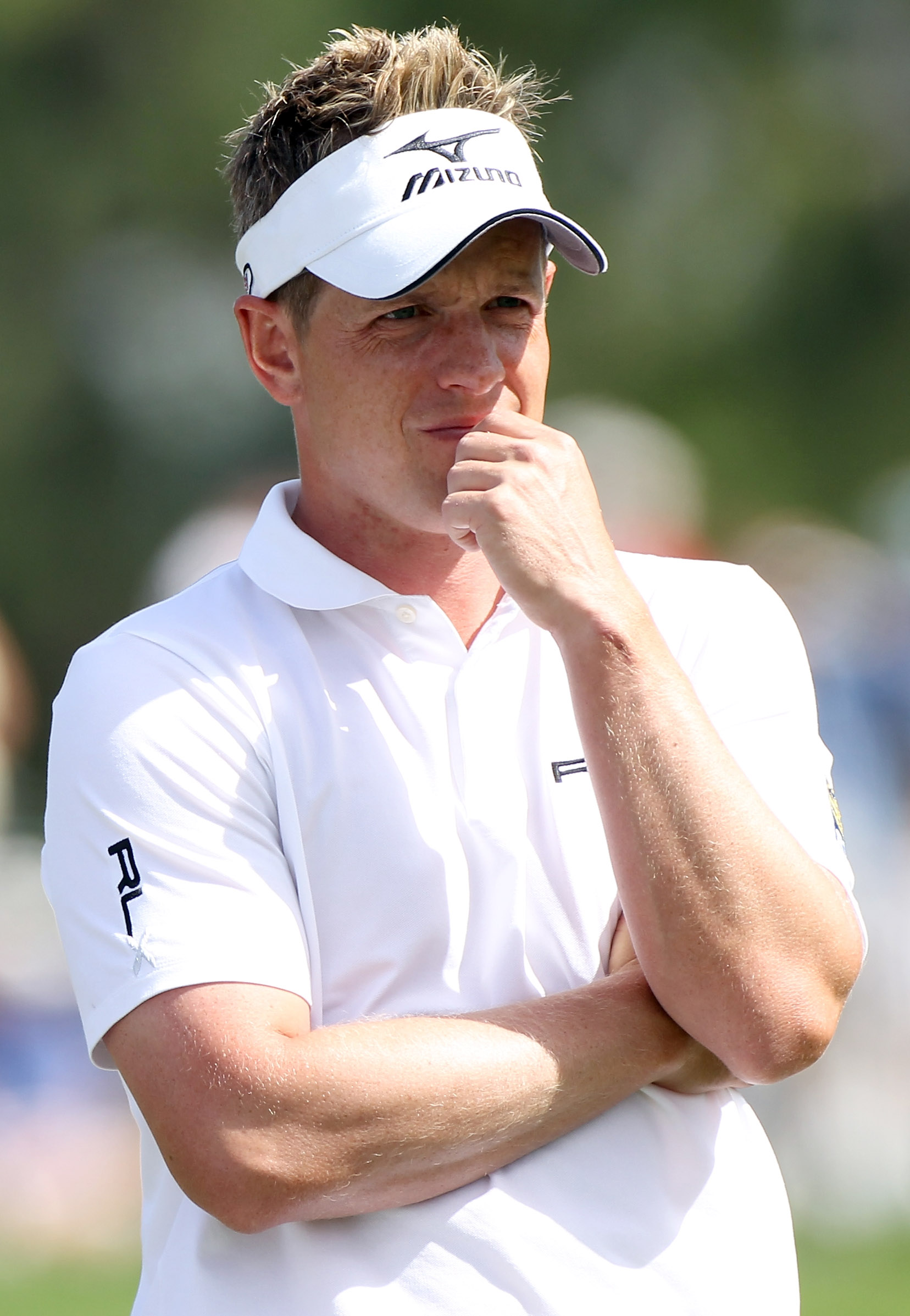 Some may say he comes into the tournament with the most momentum of any golfer. Donald is playing excellent golf, with his recent win at the Match Play alongside his tie for 10th at the Honda Classic.

However, the reason I did not pick him is, in fact, his streak.

Simply put, it is too difficult to carry his momentum into this week and come out on top.

I can, however, see Donald being one of the players in the final group on Sunday.

But I just don't see him raising the trophy this week. That honor would go to the golfer on the next slide. 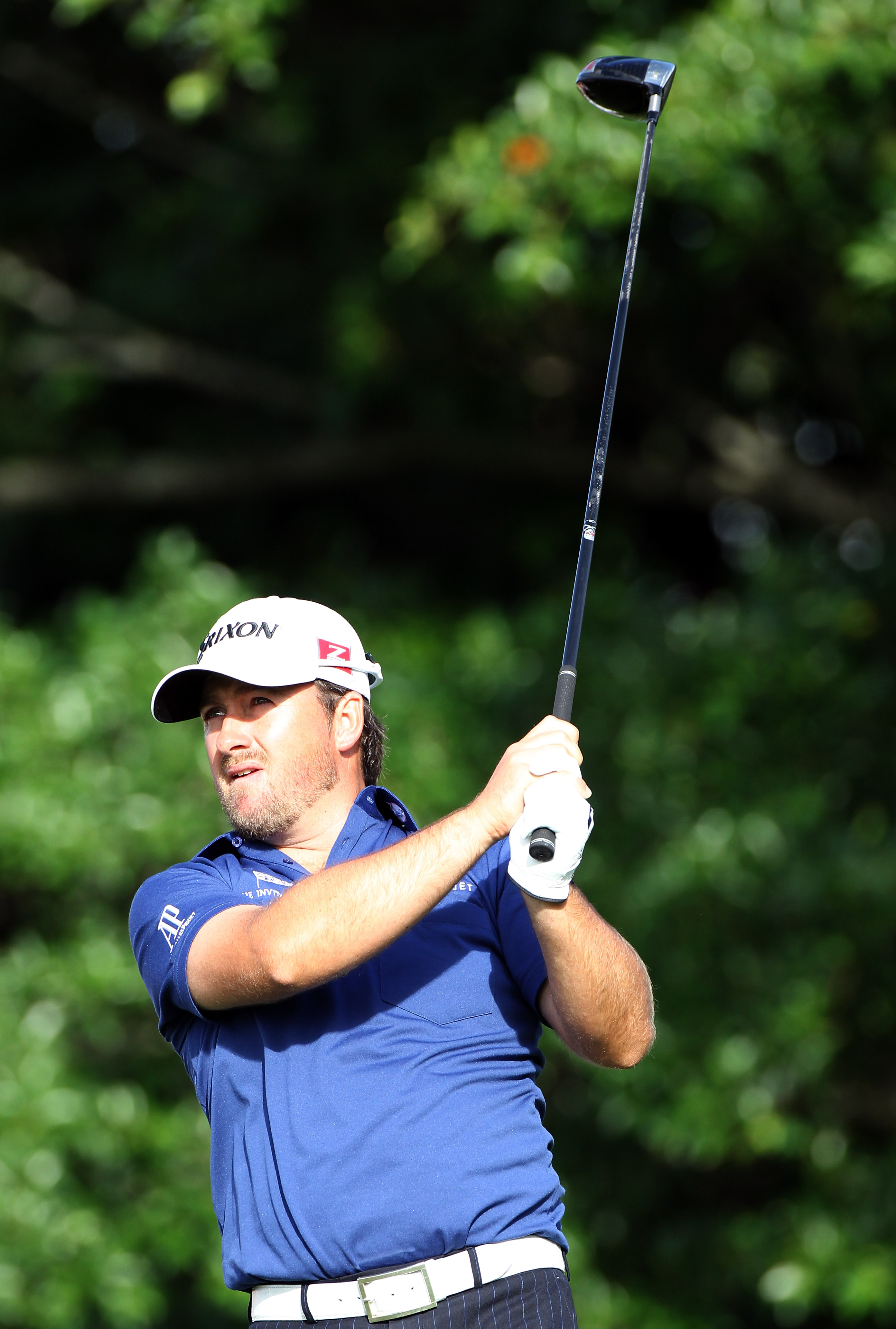 Probably not the first time you have heard his name being mentioned in this tournament as the winner. However, the fact that McDowell was unbeatable after the US Open is not reason enough.

Look at the finishes this year: tied for second twice and in the Elite Eight at the match-play event.

And let's not forget this fact: McDowell tied the course record last weekend, in wind, in the fourth round, placing his name into sixth place.

Graeme McDowell just has too much steam (without winning yet) to deny him winning this week.

At the close of Sunday, check and see who won.