Tiger Woods and the Angriest Golfers on the Fairways 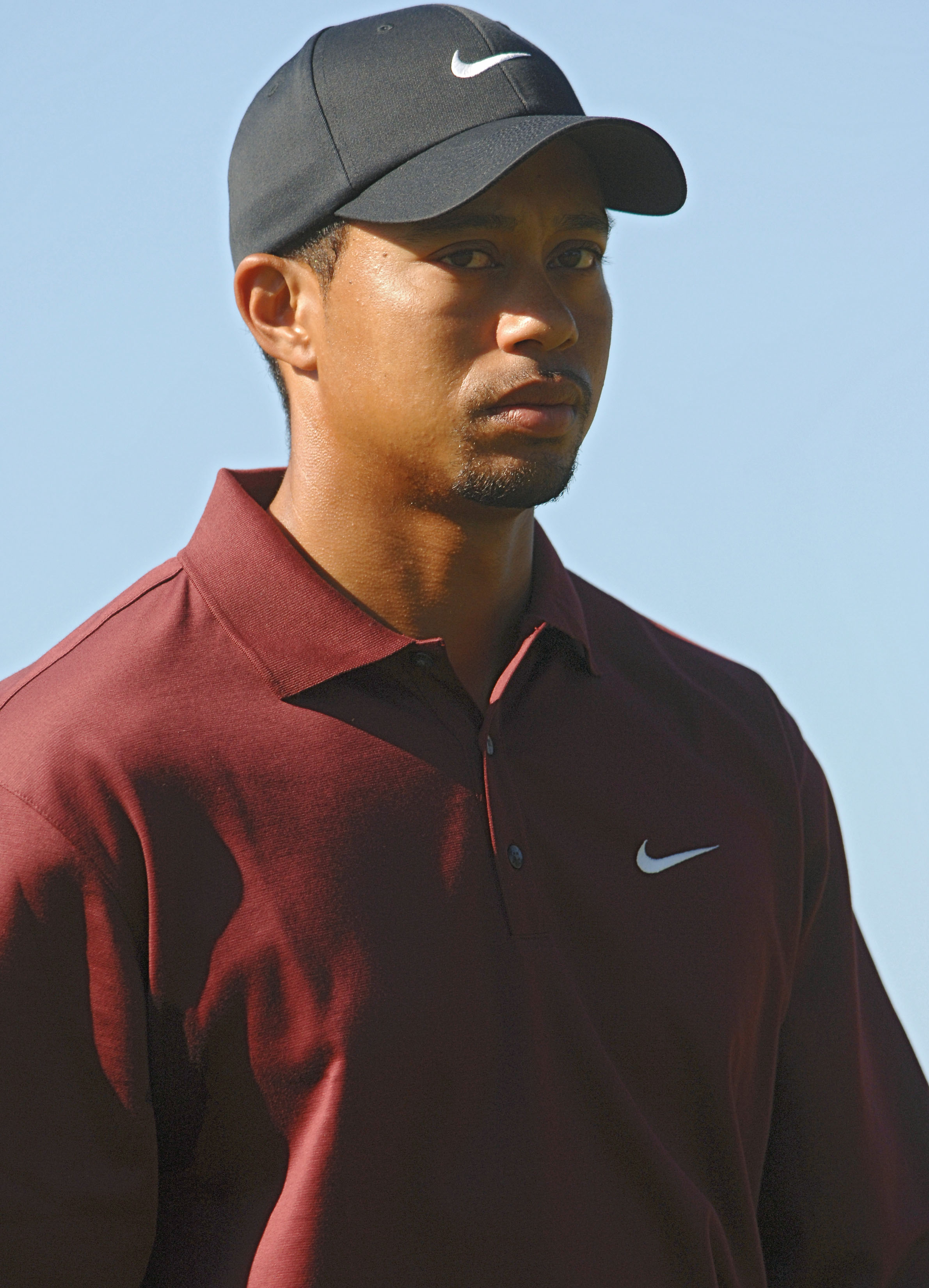 We have all had a moment where we let the golf course get the best of us.

So it is only natural that the professionals often feel the same way.

From broken clubs to spitting inside of the hole, we have seen a wide variety of anger on the course.

Although some of the behavior may be despicable, a lot of it is entertaining.

Here is a list of the angriest golfers the game has ever seen. 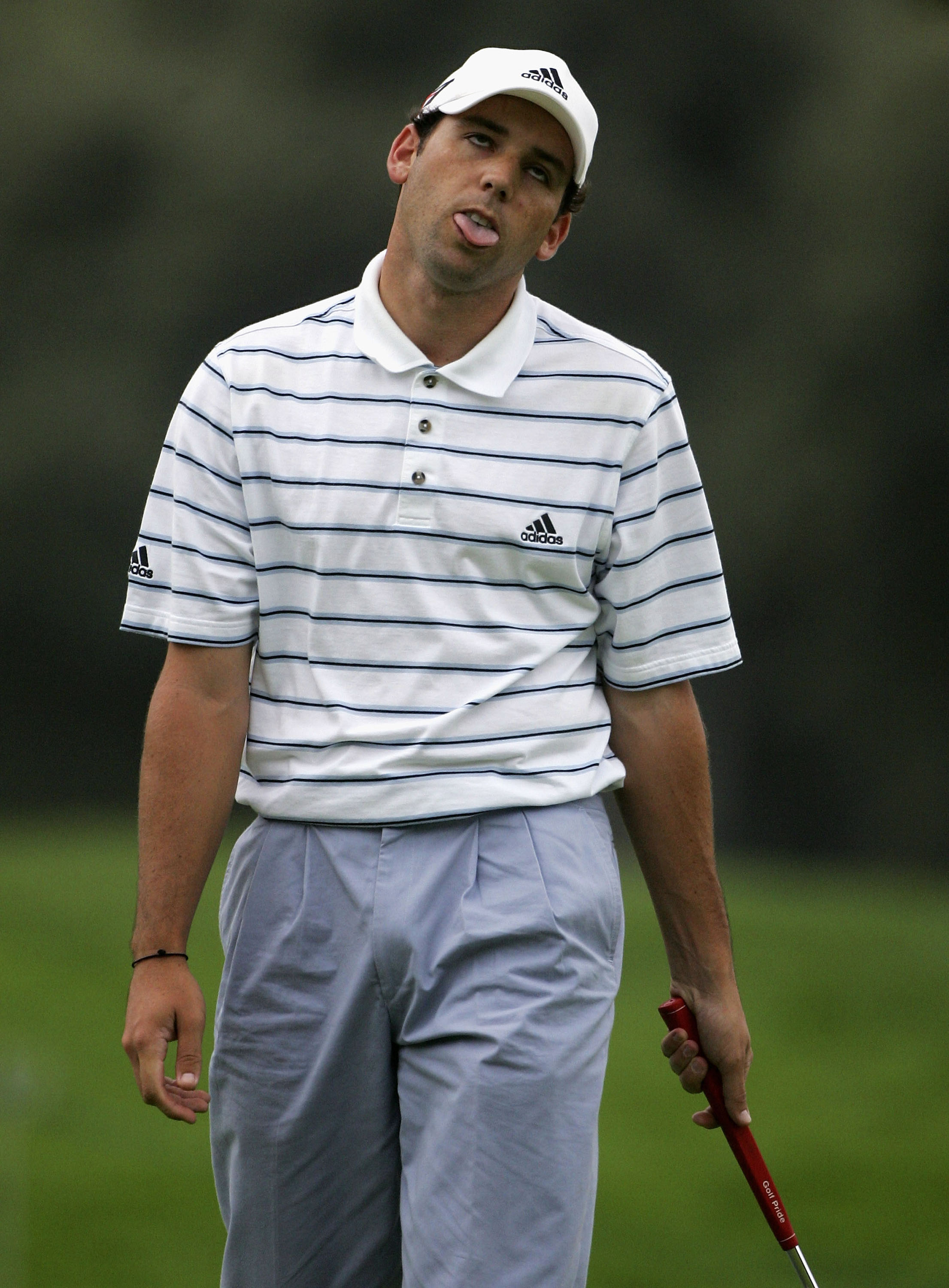 We all remember when Sergio first burst onto the scene.

He was a fresh-faced kid chasing after his ball and Tiger Woods.

Then Sergio was all smiles. Now Sergio seems to be a little more emotional.

So what is his angriest moment on the course?

That would be spitting directly into the cup, after missing a few putts. 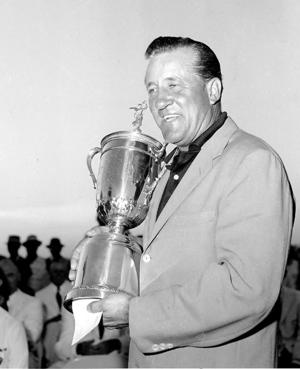 Bolt is the most famous ill-tempered golfer.

Some of his actions are the thing of legend, leaving me to wish I would have been alive to see them.

There was the time Bolt threw his driver into a canal in Miami. It sank so deep even a diver could not retrieve it.

Or the time Bolt told a young Arnold Palmer to "always throw the clubs ahead of you, that way you won't waste energy going back to pick them up." 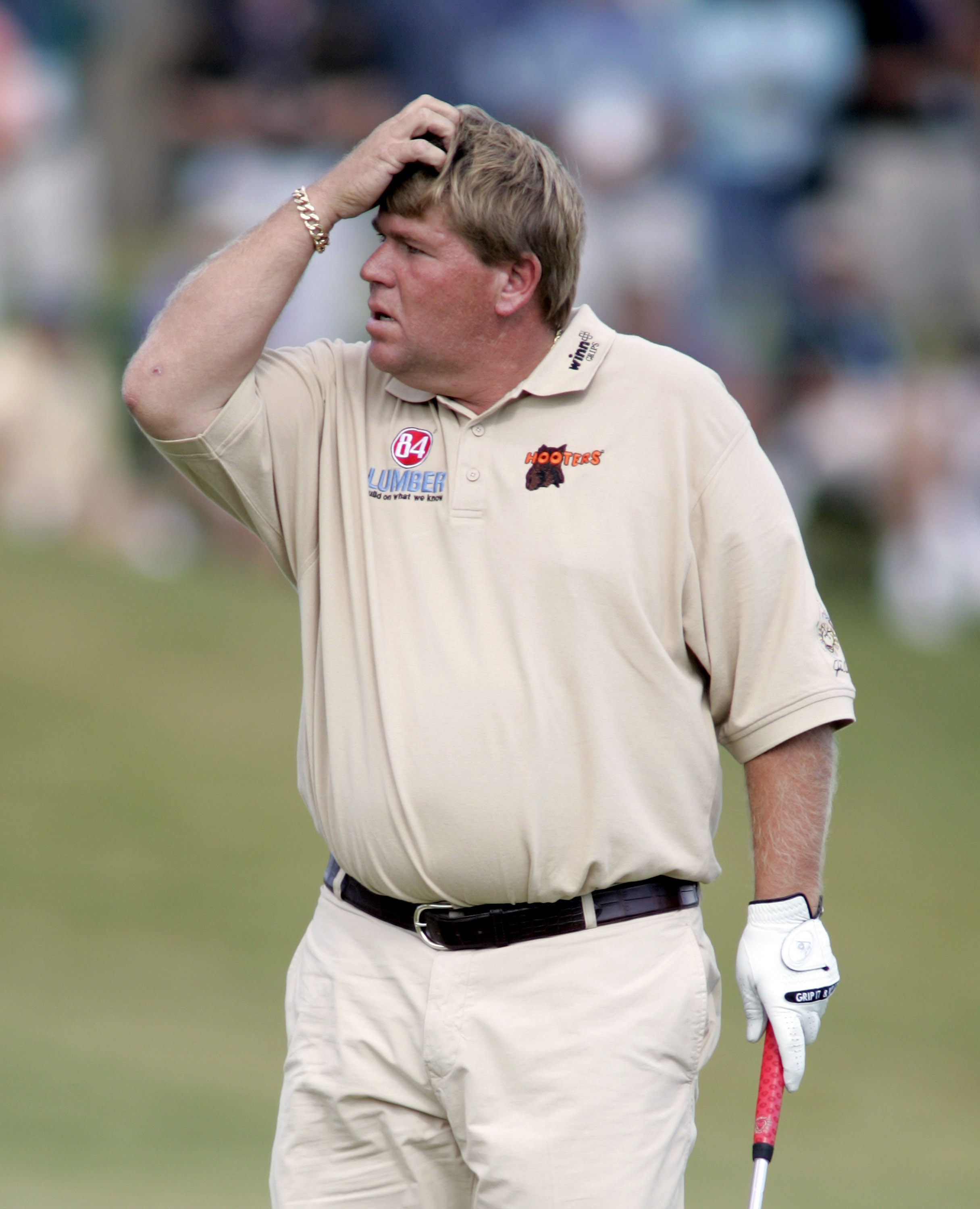 For a golfer who can't seem to play well anymore, John Daly is constantly in the headlines.

Usually, Daly receives the headlines for behavior that should be improved.

When things go south for Daly on the course, he simply stops trying.

All Daly needs is one bad hole to become angry. From there he simply packs it in, and cannot seem to wait until after the round when he can withdraw from the tournament. 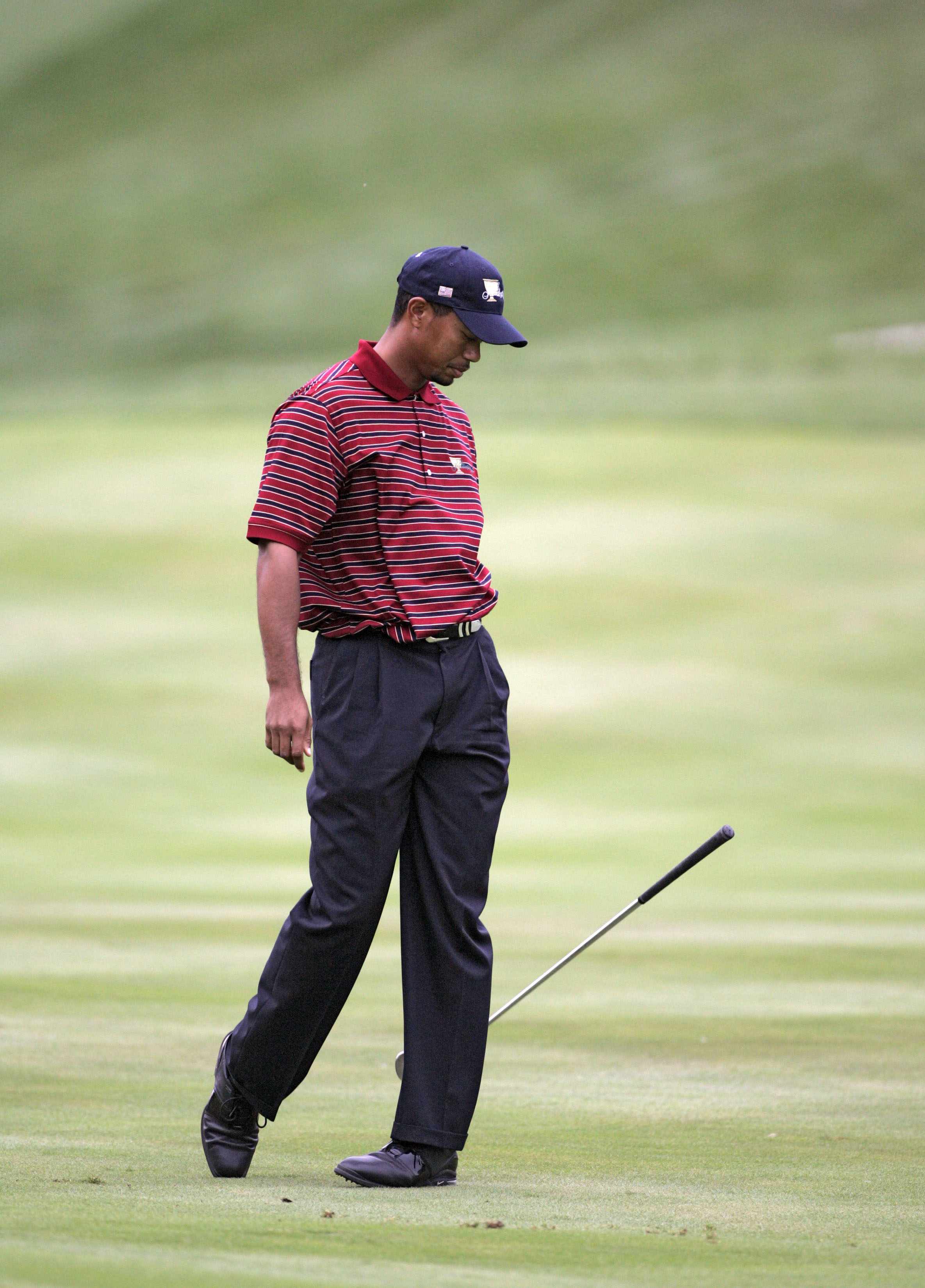 Is Tiger the angriest golfer on the Tour?

Probably not, but his worldwide fame, coupled with his constant television coverage leave none of his actions hidden.

Consequently, we have seen Tiger do everything on the course.

We have seen him slam clubs.

We have seen him swear.

We have even seen him spit on greens (gasp!). 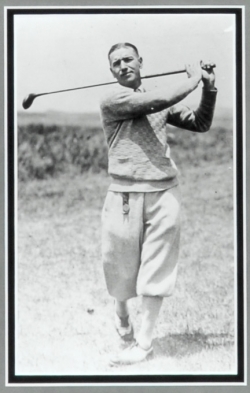 Until "Wild Bill" reached the greens, he was a great golfer.

But when Wild Bill was on the putting surface, his anger always got the best of him.

According the Ben Hogan, Wild Bill once yipped a two-foot putt into a bunker!

I cannot even comprehend how that is possible!

It is also widely believed that Wild Bill was the first golfer to tie his putter to his car's bumper in order to punish his flat-stick. 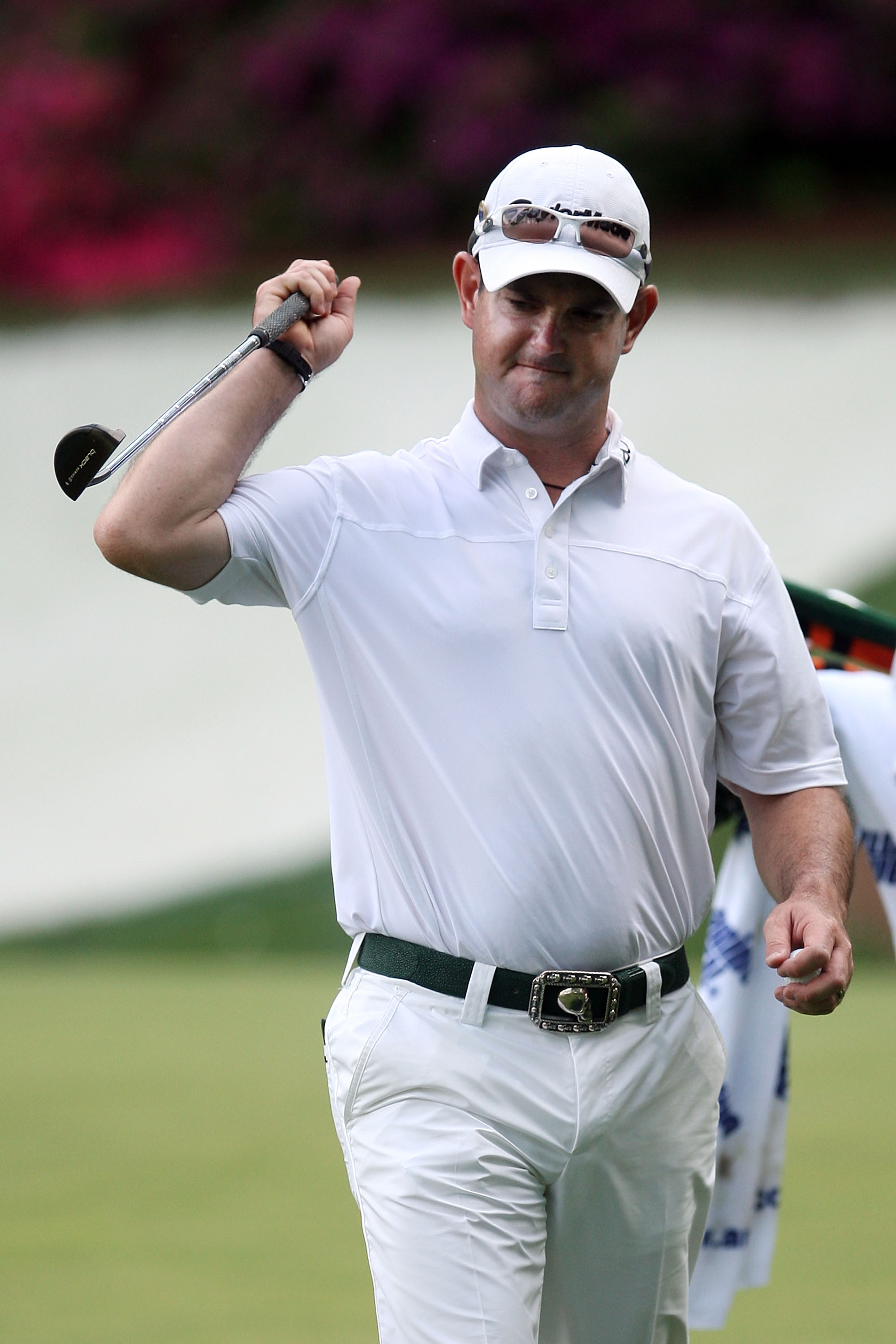 Rory Sabbatini seems to have controlled his temper a little better in recent years.

But back in 2005 at the Booz Allen Classic, Sabbatini let his temper get the best of him.

While playing with Ben Crane, Sabbatini was told to speed up play. This enraged Sabbatini causing him to finish playing a hole AND walk to the next tee, before Crane had even hit his first putt.

Not only was it a breach of etiquette, but also a total lack of regard for a fellow player. 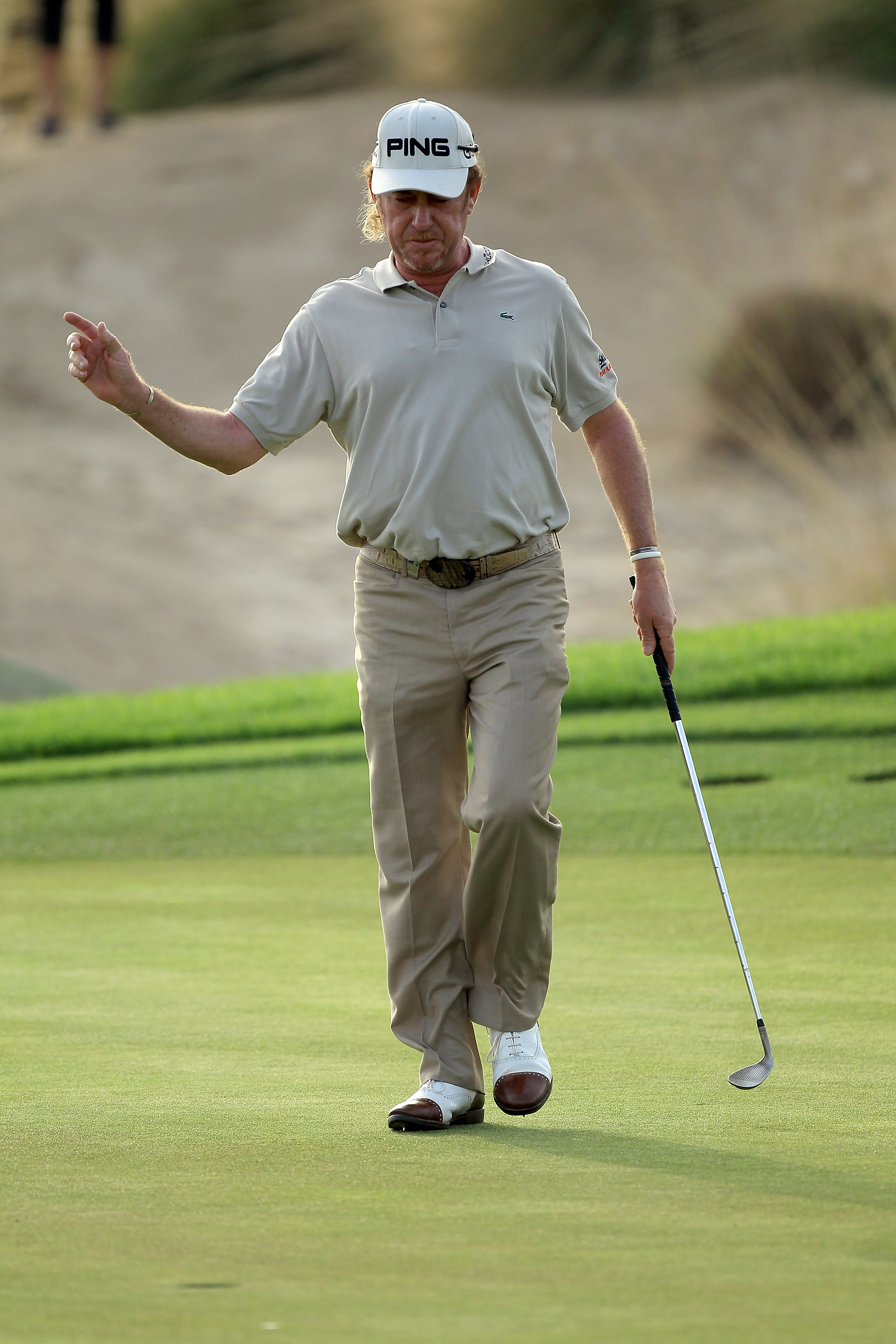 Miguel Angel Jimenez is usually a fun player to follow. With a cigar in his mouth and long hair, Jimenez brings a unique style to the game.

Did I also mention he likes to break him putter?

Well, maybe not all the time but it has happened before.

Jimenez became a little frustrated with his putter during the European Tour's Volvo Golf Championship. So on the 15th green, he broke his putter over his knee.

Thus, he putted with his lob wedge the rest of the round AND his putting improved. 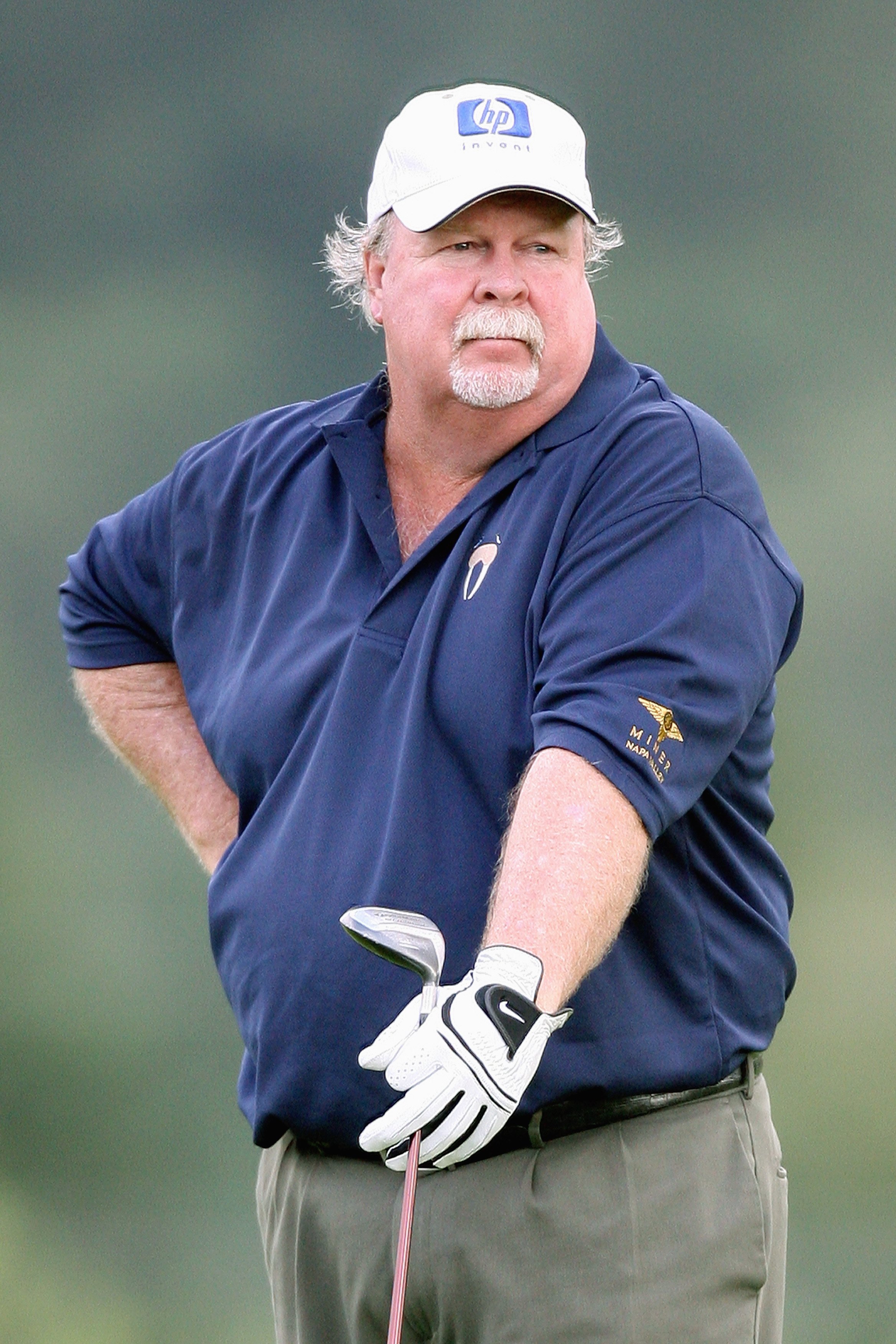 Age has made Craig "Walrus" Stadler a more mellow man.

There was a time, however, when Stadler was known for his temper on the course. Even Stadler is willing to admit, "My temper was a problem."

There are stories of him doing a variety of things with his clubs after bad shots, including wrapping an iron around a tree.