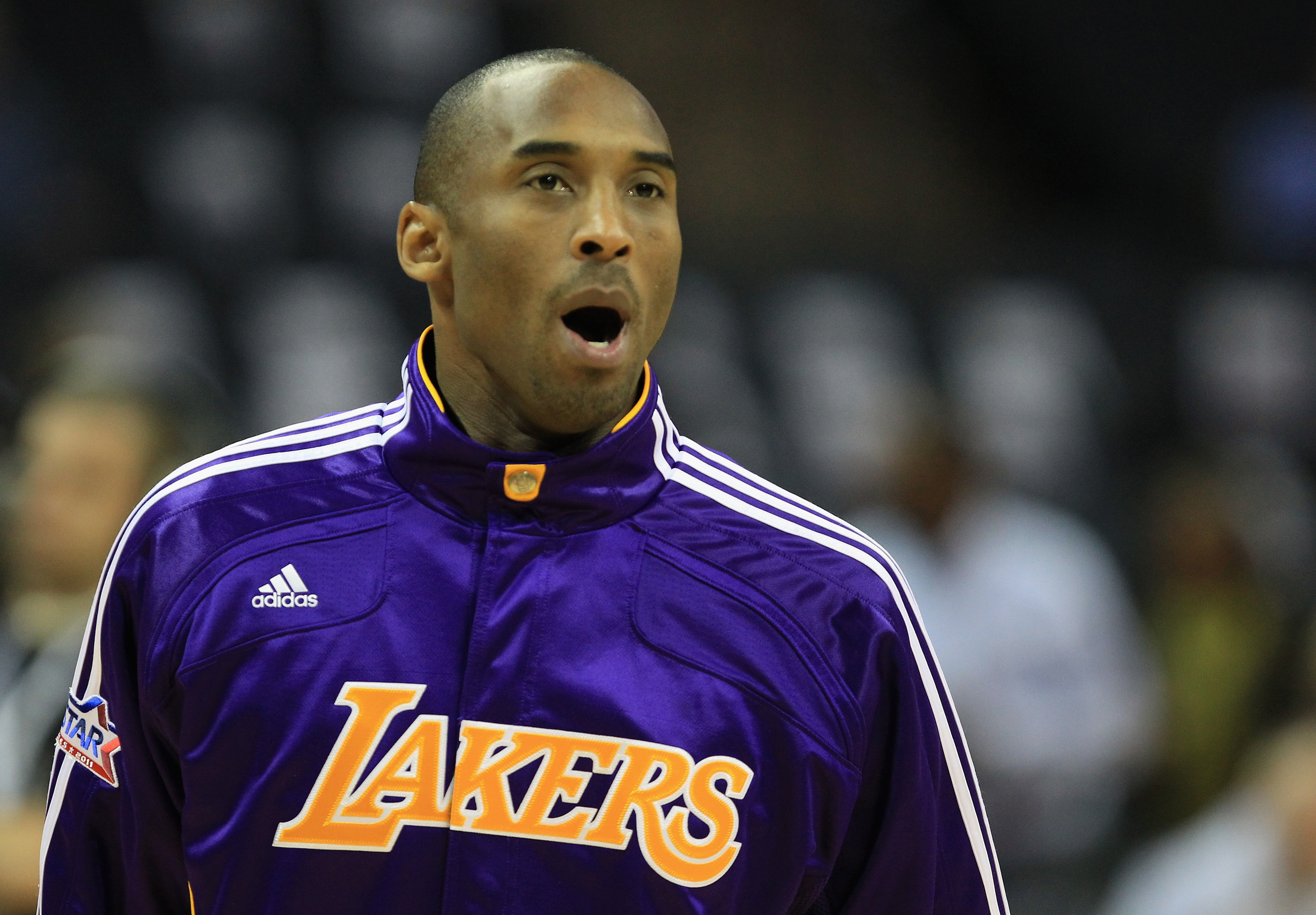 Before the Lakers acquired Pau Gasol in a trade with the Memphis Grizzlies, Kobe Bryant played with some horrible players. Some of these players probably weren't capable of scoring 12 points in a D-League game let alone an NBA game.

He's played with players who can't catch, shoot or dribble and this is a league of professional basketball players.

Here are the power rankings of Kobe Bryant's worst teammates he's ever played with. 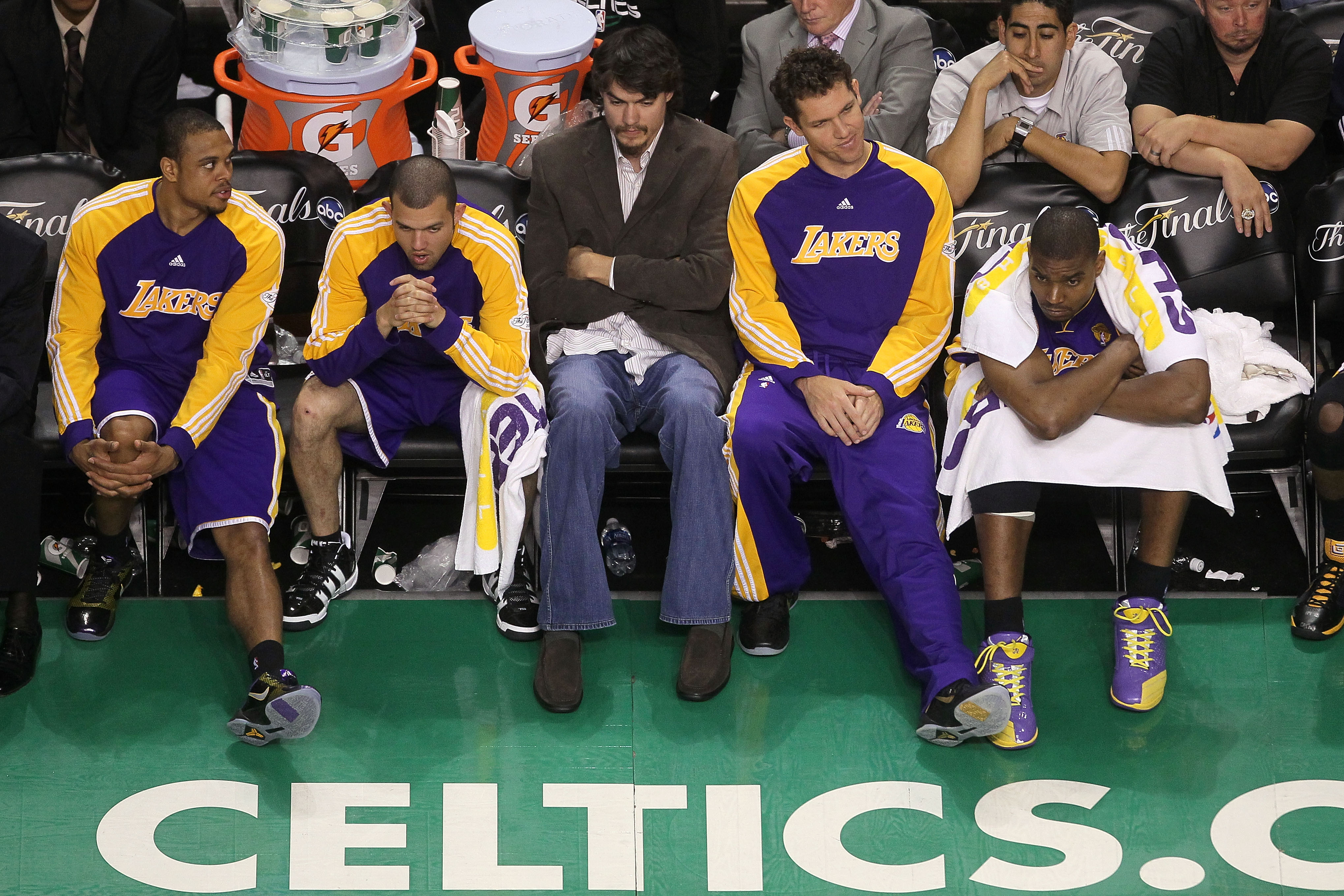 It may be unjustifiable to put a player who never really touched the floor on this list, but Adam Morrison never did anything for Kobe Bryant.

The Lakers acquired the tall talented college player in a trade that they thought was netting them a player with potential. Well that potential was never fulfilled, not even to the smallest extent. In all of his years playing for the Lakers, Morrison was never able to display the shooting ability he showed in college or even the running ability because he literally was never on the floor.

Adam Morrison was as useless to Kobe as a snuggie to Mr. Freeze from Batman. 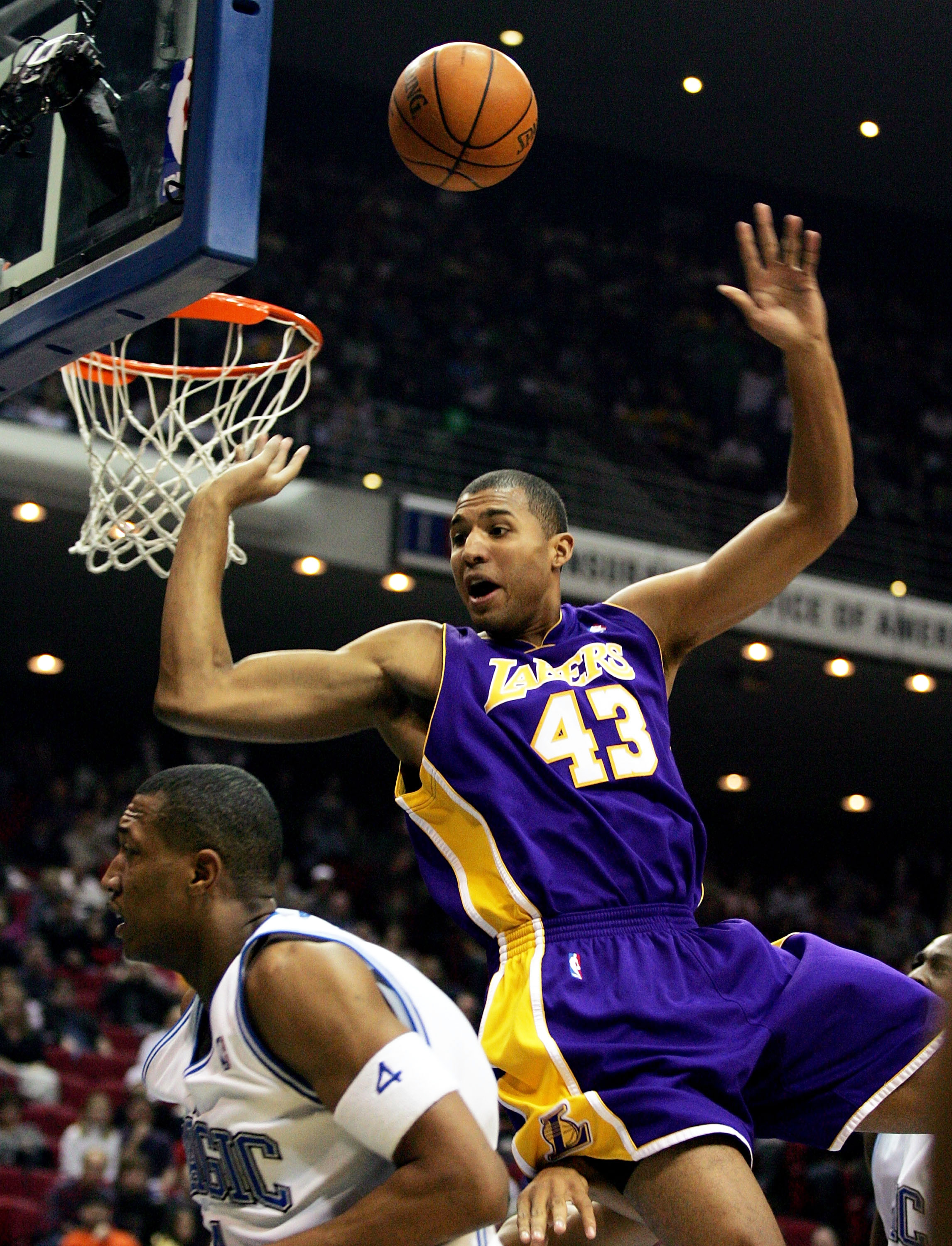 The veteran sharpshooter finds himself at number six on this list. Brian Cook has always been referred to as a talented veteran big man...even when he was young.

During his Lakers career, Cook averaged less than five points per game and his season high average was eight points per game. The problem with Cook wasn't that he wasn't a good scorer, but it was that he couldn't do anything well at all. He honestly couldn't rebound or pass the ball well and even as a shooter he took too many shots.

Cook was always willing to shoot the ball when Kobe passed it to him...he had a killer instinct, but unfortunately he was no killer. 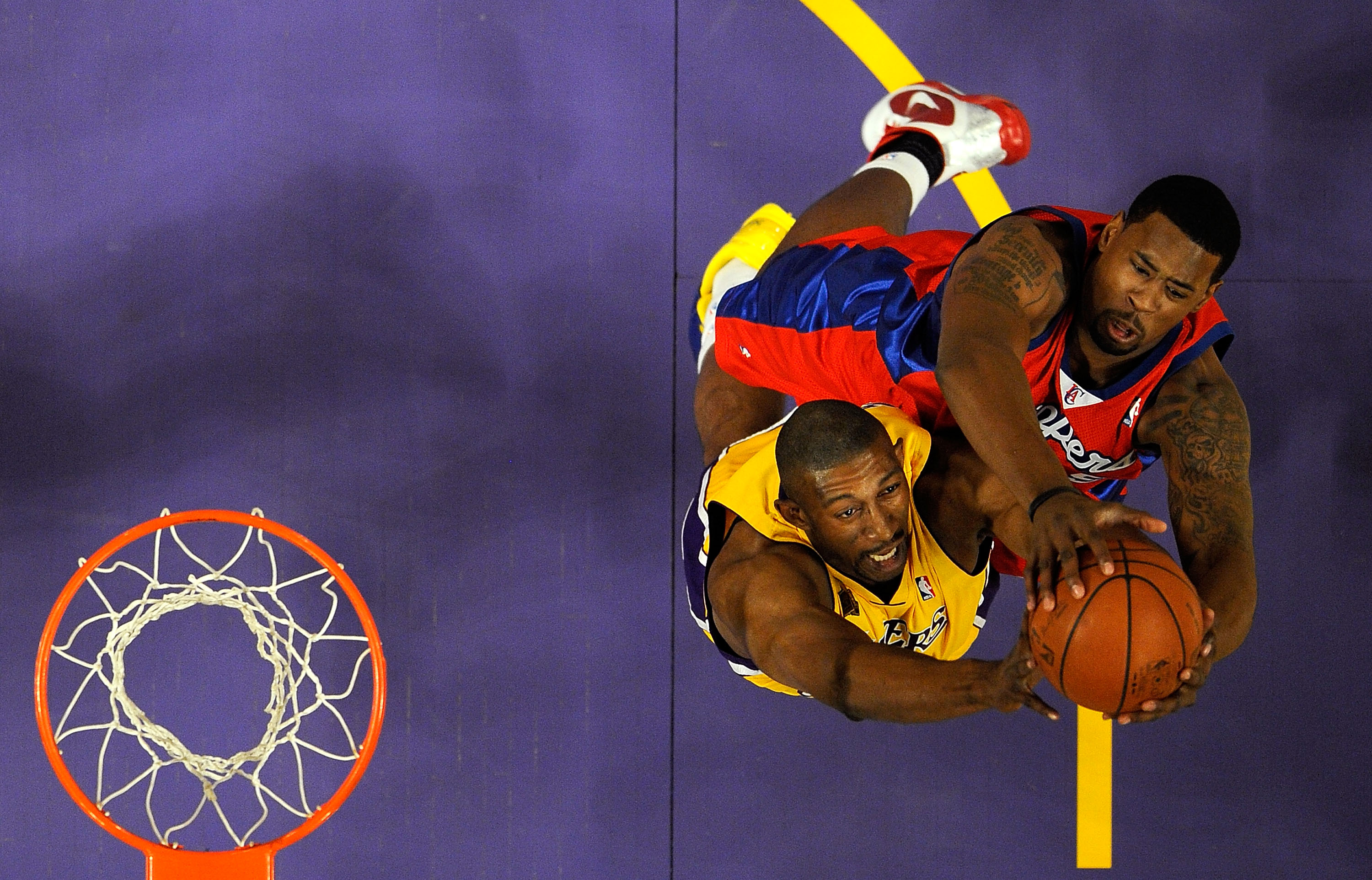 DJ Mbenga really never did much wrong for the Lakers. He never played much and always seemed to hustle very hard when he was on the floor. It's just that everything he did on the court looked so incredibly ugly. He would drop passes, lose balls out of bounds and whenever he was beat on defense, he responded with an uncoordinated looking foul.

Mbenga averaged just about 2.4 points per game in his Lakers career and never did anything to contribute to a win. Also, his 40% free throw shooting percentage in 07-08 makes me cringe almost as much as Kobe when he hears the word LeBron.

"My only response is the finger to haters
Watch it get ugly, Mbenga, Lakers" (Line from Inception by Joe Budden) 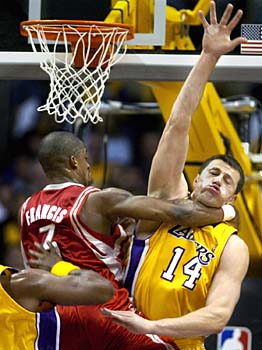 Slava Medvedenko was the stereotypical foreign player. He was 6'10'' with great hands and footwork, but he was under the impression that he was a shooting guard. Medvedenko often took mid-range shots that he wasn't capable of draining and he was often bullied under the post by opposing defenders.

Medvedenko averaged 5.3 points per game for his career and never left a mark on the NBA. He is forgotten by most and if Kobe walked by him on the street today it is very possible that he would not know who he was and if he did...he might not even say hi. 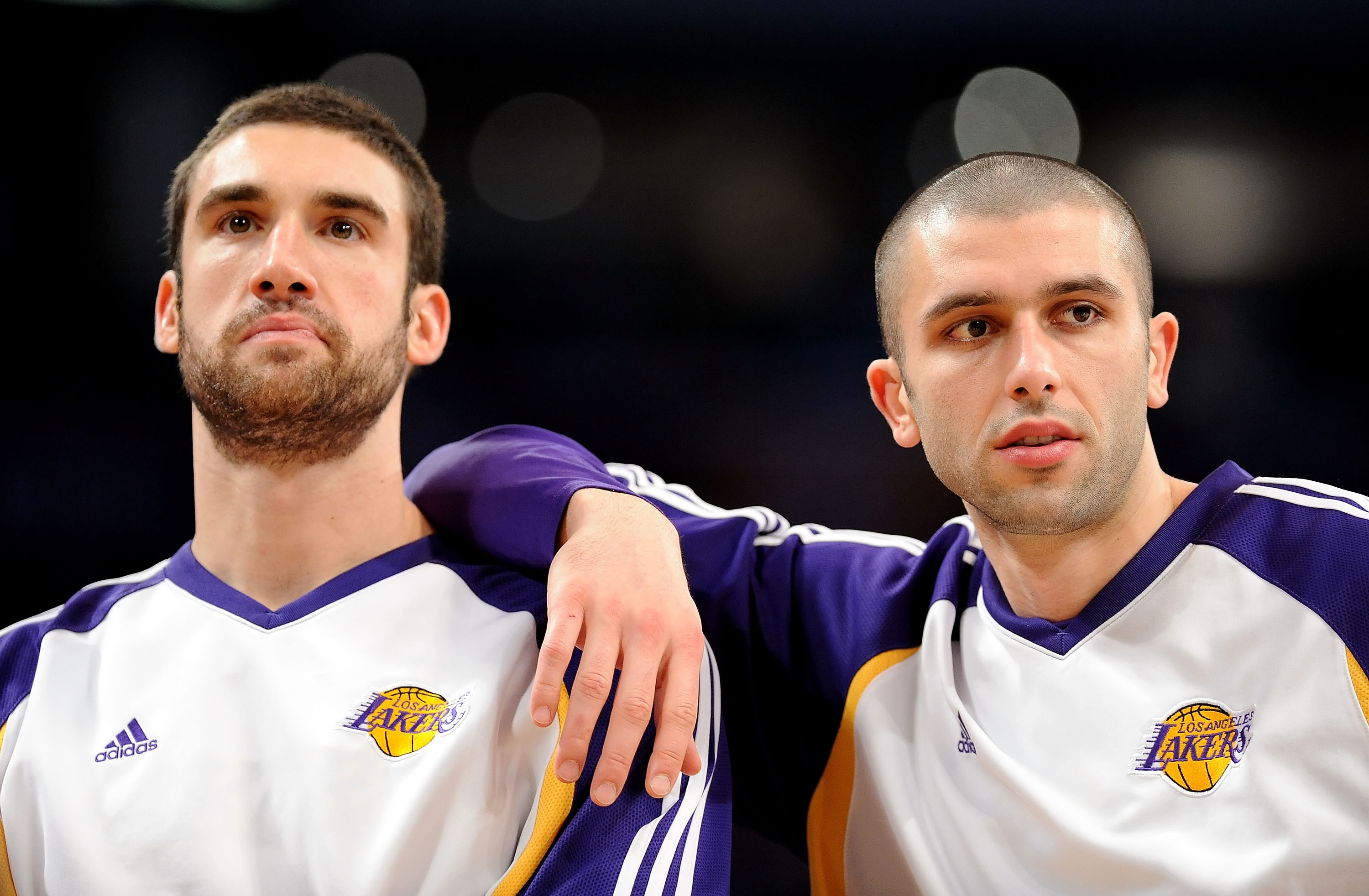 These are things that people rave about when talking about Chris Mihm. They thought he would be a perfect center for the triangle offense, but let me tell you something. Kobe Bryant did not like Chris Mihm for one reason and that was because he was not a good basketball player.

Mihm played for the Lakers for four years and averaged just around seven points and four rebounds per game. He was a horrible shot blocker and a terrible defender.

People would think that Kobe Bryant would appreciate a big body, but I guarantee if Kobe was given a choice he'd rather have Earl Boykins playing the center position than Chris Mihm. 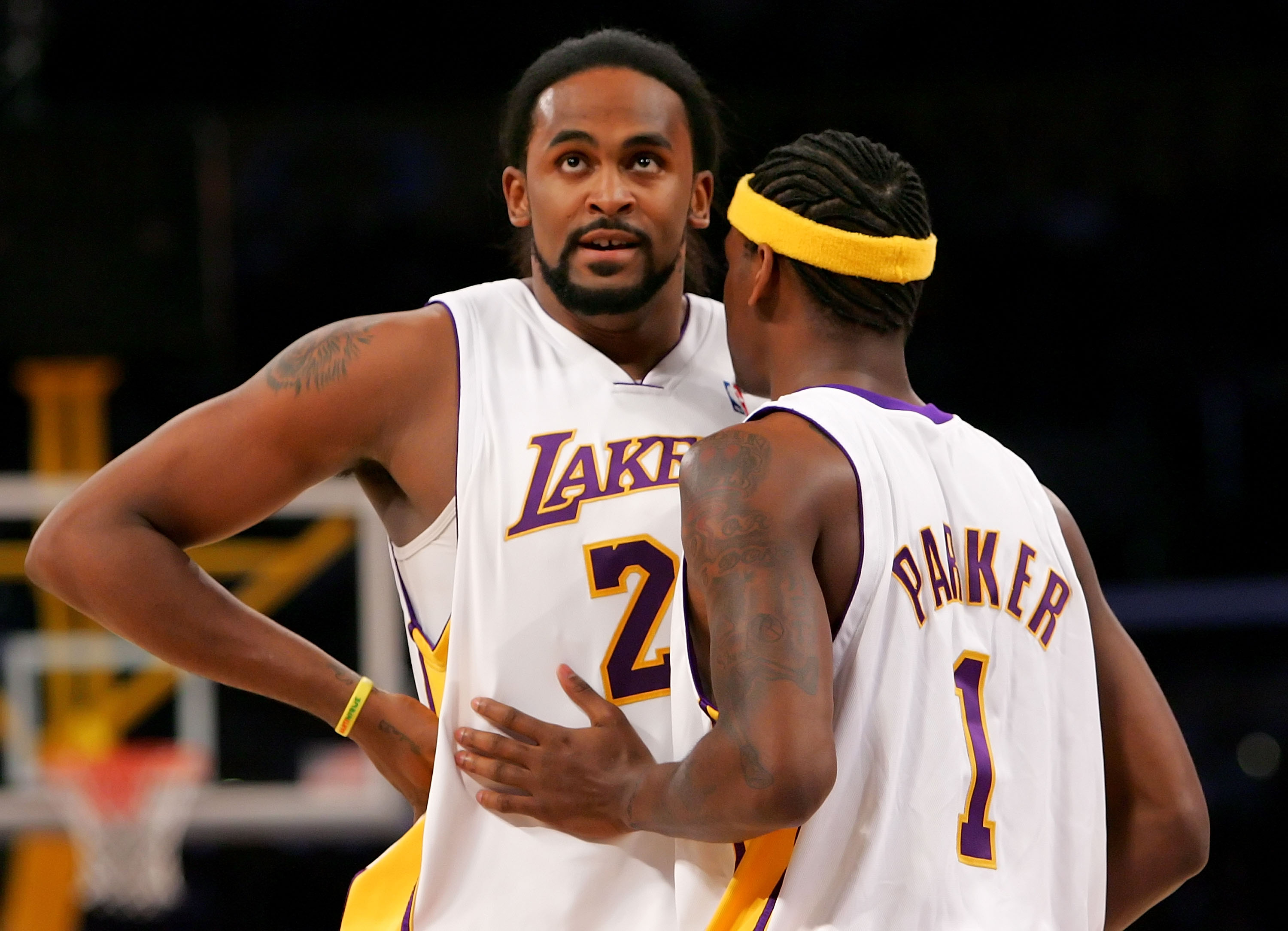 Smush made bad decisions on the floor, couldn't shoot and was an average (at best) defender. Before the Lakers got Smush Parker he never averaged more than 10 minutes per game. The Lakers immediately started playing him 33 minutes per game and then all of a sudden his 11 points per game seemed decent. These stats however were completely inflated by being on the court with Kobe.

Smush would benefit from double teams and get wide open looks from three point land, but he only shot 37 percent from behind the arc during his Lakers career. Not that bad, but these looks were literally wide open.

Bryant surely does not miss Smush Parker...who is now playing basketball overseas during the prime of his career.

The video to the left is an absolute must watch. If you watch Stephen A. Smith's rant, you won't need to read anything that I'm about to write. Stephen does a great job and says all that there is to say.

Kwame Brown was a horrible player. His career best playoff game of 19 points and 10 rebounds was so good for him that it seemed like Chamberlain's 100 point performance.

Kwame had a horrible attitude on and off the floor, didn't work hard, and could barely even catch the ball. This trade was probably the happiest day of Kobe's life.