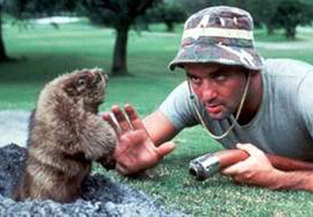 As award season comes through, there is of course not too many sports movies.

However, that doesn't mean golf hasn't had its fair share of successes on the big screen. There have been plenty of hits that are based in such a long standing game. Old to new, there have been many movies produced about the trials and tribulations of golf.

So which movies make the cut is the only question that remains to be seen. However, in this field the cut lies at 15, and there are no ties.

No. 15: The Man With The Perfect Swing

To be honest, this is the only movie on this list I have not heard of. However, of all the golf movies I looked through, it's ratings were worth enough to elicit the last spot on this list.

This movie did win best film at the 1995 Austin Film Festival, so it can't be that terrible.

It tells the story of a ex baseball player who has flopped at almost everything, until he develops his own new golf swing. His biggest obstacle? Getting the word out about it. 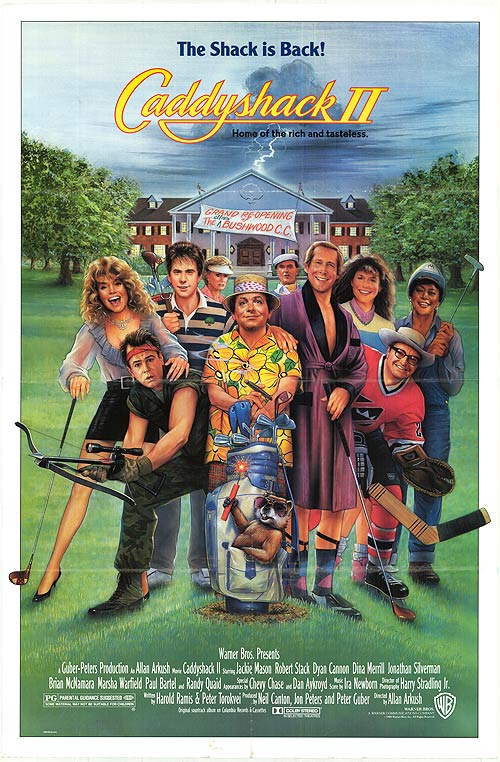 The only reason this doesn't take the 15th spot is because the other movie was a relative unknown.

To mess with something as great as the original Caddyshack is crazy, and turned out awfully. I would rate this as the worst sequel I have ever seen of a movie easily.

To be honest, this very well could be the worst on this list, but you would have to know the 15th movie in order to tell me so. So for now, it settles in at 14th, a seemingly deserved place in comparison to the other movies. 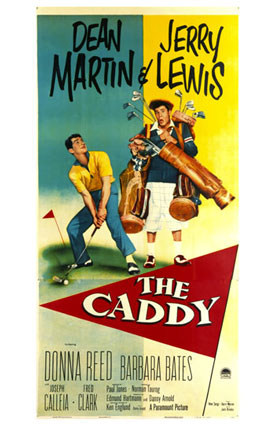 Another unknown to me, this movie drops in at 13th, with some help from the critics and the public.

This 1950s movie centers around character Harvey Miller. With his father a former golf professional, he is of course expected to follow in his footsteps. However, his fear of crowds stops that dream in its tracks, and Harvey moves on to a life as a caddy.

For more of this movie, you will have to watch it. If you do or if you have, please comment to give me a better idea of it. 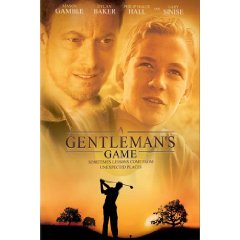 Yet another one I had to read up on in order to rate, and according to this, it is rightfully placed in 12th on this list.

This features the story of 14 year old Timmy Price. His father is a member of an upscale country club, and when Timmy tries to pick up the game, his father is not impressed.

Becoming a caddy, Timmy picks up on the game, and eventually, after multiple attempts, lands Foster Pearse as a coach. Foster Pearse is an amateur golfer who, after winning his first championship, quit golf.

As the movie progresses, Timmy wins a tournament, and through his drive to keep winning, finds out the true reason Foster Pearse decided to leave golf behind. Yet again, if you have seen this, tell me how you would rate it.

I have seen bits and pieces of this, and through further research, this movie just misses cracking the top ten.

This movie provides a realistic take of a unlikely professional's quest to make it to the pros. It shows the events he encounters, or does not in some situations. Very realistic, and that is where this movies comes out at 11th.

Deterrents, however, are just the lack of the makings of a great movie. This is good, but certainly nothing special. 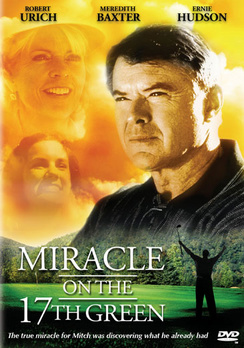 This movie makes the cut of the top 10.

Made for television, this depicts the story of Mitch McKinley, an executive who seemingly has what he needs in life. However, the loss of this job at age 50 changes his life around.

Mitch decides to take his passion for the game to the next level: the PGA Senior Tour. In doing this, he risks losing everything he has for golf. For more of it, of course you will have to watch. 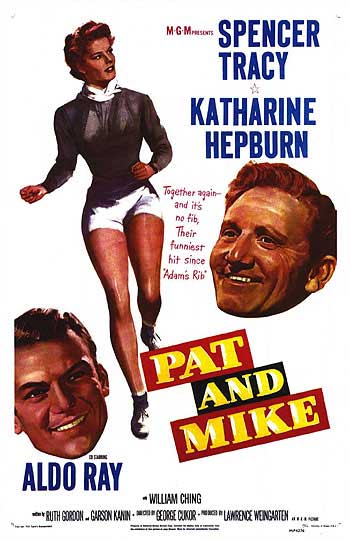 This blast from the past features Katharine Hepburn and Spencer Tracy, and is still a classic comedy.

An excellent golfer she is, Pat's chances at her club championship are dashed when her husband is present. His goal is for them to marry, and forget about everything. However, Pat is determined to succeed. She hires Mike Conovan, a sports promoter, and together they face many obstacles.

A classic it is, and it comes in at 9th in this ranking. 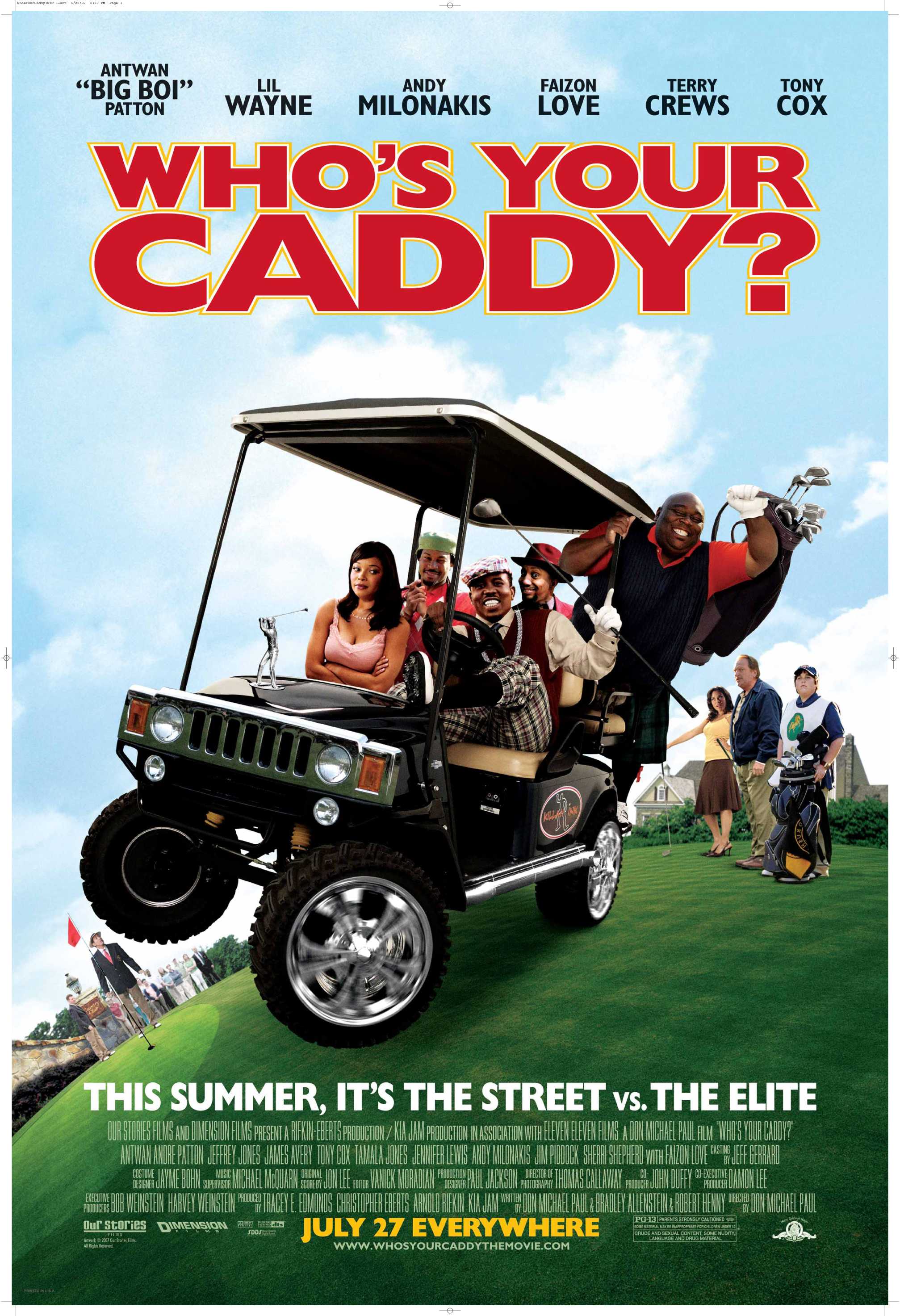 This movie, while reviewed critically, is still a hilarious watch and pulls in the eighth spot.

Christopher "C-Note" Hawkins, a rap mogul, applies to the very uptight country club Carolina Pines Country Club. As all ready implied, the club isn't exactly jumping to allow him in. However, "C-Note" is determined, and purchases land that coincidentally holds the course's 17th green.

Of course the terms of the return is dependent upon a membership being granted. This Caddyshack knock off is not nearly at the level of the its predecessor, but provides a good laugh and is generally funny.

This movie is the highest ranked story of its early era.

Telling the story of the legendary Ben Hogan, it cover his early works as a caddy to maintain his family life.

Once he feels he has enough family stability, and support, Hogan pursues his career interest of becoming a professional golfer. As many do, his early career has little success.

Hogan serves in World War II, and returns to the game and becomes a legendary talent. However, his stone cold demeanor earn him a reputation he has held to this day. However, a car accident changes it all. To find out how it affects him, you're going to have to watch this one.

No. 6: Greatest Game Ever Played 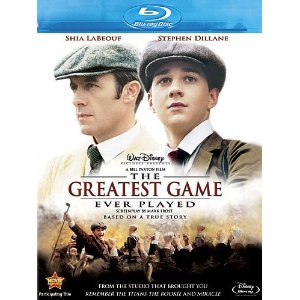 A recent classic, this movie seems to drop perfectly just outside the top five.

This movie tells the story of Francis Ouimet, and his struggle through golf.

Attempting to become something in golf, Francis will not let his dad's objections stop him. His confident leads him to bet his career on making the cut. As fate would have it, Francis misses the cut by a single stroke.

Working in a golf store, the US Open committee approaches Ouimet, asking him to play in the tournament as a local amateur exemption. At first, Ouimet remembers the promise, and declines. However, his heart gets the better of him, and he is thrust into the tournament, his caddy only a young boy (who is mocked often).

Ouimet forces a playoff against the great Harry Vardon, and proceeding in shocking the golf world, and the US fans.

No. 5: Bobby Jones: Stroke of Genius 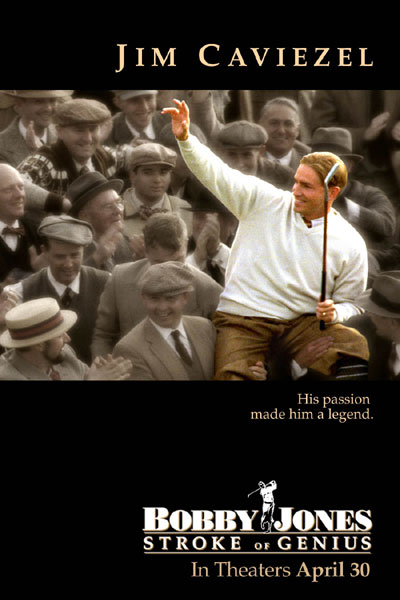 All though he may be the greatest golfer to ever play, Bobby Jones comes in fifth in this power ranking of movies.

Arguably the most dominant golfer of his time, Bobby Jones isn't just a good golfer, he is the best. However, attitude issues seem to be the downfall of this great.

Struggles at the British Open seem to highlight the concept of Jones. But, not to be so easily defeated, Jones returns to the Open, and completes the great feat known as the grand slam of golf, something never achieved by an amateur golfer except for this one time.

For more on why Bobby Jones doesn't hold the record for most major wins, check the movie out. It's a great watch.

No 4: The Legend Of Bagger Vance 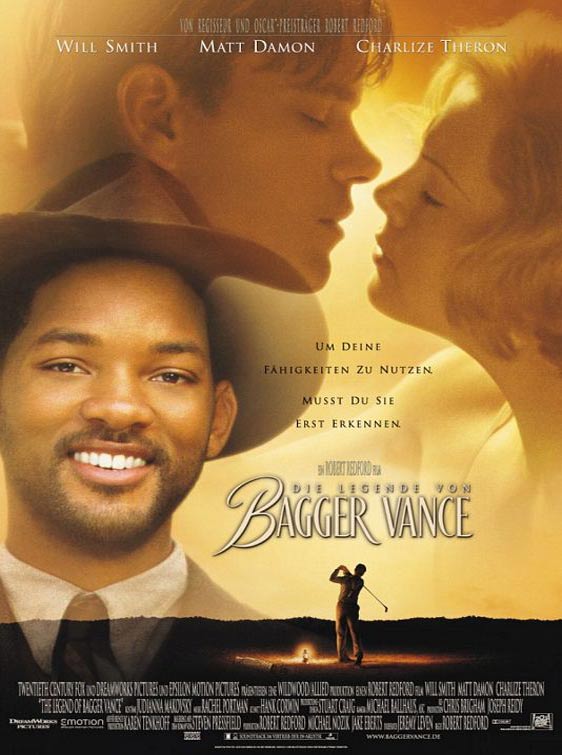 Who would have thought one of golf's great movies would center around not a golfer, but the caddy, the second hand man.

The Legend of Bagger Vance, also available in novel form, tells the story of the caddy who goes by Bagger Vance (Will Smith). When seemingly washed up, drunk former golf talent Rannulph Junuh (Matt Damon), meets Bagger, he is offered a caddy.

Bagger Vance offers to help him identify his own issues, deal with them, and return him to the game of golf. The event that Junuh must play in: a two day exhibition match against Walter Hagen and Bobby Jones.

Junuh struggles mightily to find his swing in his first round, and is desperately lost after it. However, with the help of Bagger, he finds his swing, and comes back to contention. however, disregarding Bagger's advice in the last round, he finds himself struggling, and when faced with the decision of honesty, he is forced to mature.

This movie truly does earn its spot at fourth on this list. It easily beat the number five film, but unfortunately, the top three seem to be immortalized. 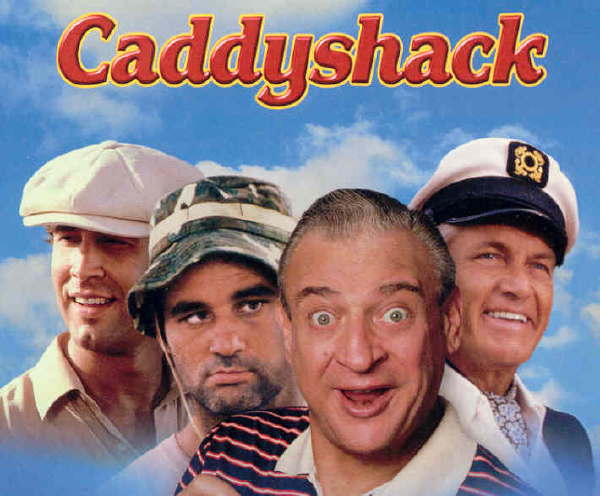 This is where the picking gets tough, and many people will disagree. However, Caddyshack stays in third on this list.

While it is one of the funniest movies I've seen, this movie just doesn't have enough to beat out the next two movies. The story of a young boy attempting to win a scholarship, backdropped by the story of the groundskeeper, Carl, attempting to eliminate a gopher from the story, is quite interesting.

However, where this movie loses out is the sense of humor needed to have. This movie can turn some people away with the blend of humor. All things said, it's a great movie, but it just misses the rank. 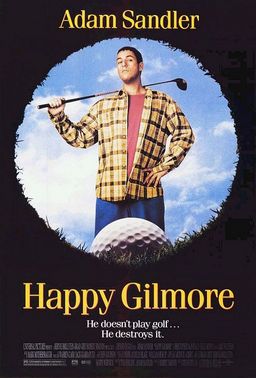 Another one people will argue higher for, but this movie comes up just short.

Happy Gilmore's mother means all to him. When she loses her house to the IRS, Happy is devastated. While the movers repossess his mother's items, they challenge Happy to a driving contest. Happy wins $40 from three 400 yard drives. This win gives Happy the idea to go hustle people at the driving range.

When club pro Chubbs Peterson sees Happy, he tells him to enter a tournament for money. Winning the tournament gets him a spot on the PGA Tour, and from there, it becomes a struggle, as Happy hasn't learned enough to compete at a high level.

Shooter McGavin quickly makes Happy his enemy, as Happy steals the attention from him. The rest of this story involves the struggle between Happy and Shooter, coming down to the Tour Championship.

As always, if you haven't seen this movie, do it. 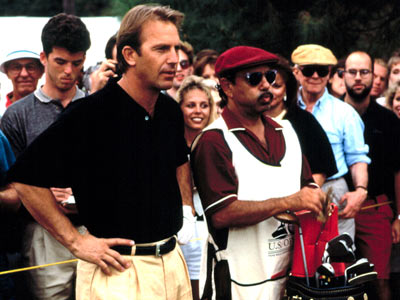 This movie takes the top honors in this ranking, as it incorporates humor with some actual golfing.

Roy "Tin Cup" McAvoy (Kevin Costner) owns his own driving range, essentially his only sanctum. A former golf prodigy with nothing left, he teaches golf lessons out of his range. When Dr. Molly Griswold takes a lesson, she asks Roy to teach him. As a clinical psychologist, she quickly sees through his attempts to catch her eye.

David Simms, Molly's girlfriend, asks Roy to caddy for him. When facing a 230-yard shot, McAvoy criticizes Simms for laying up. Things escalate, and a bet is made. Roy flushes the shot, but is fired after.

Roy then decides he is going to qualify for the US Open. However, he also tries to get Molly, getting her assistance. They arrange a deal, she will help him rebuild his confidence in exchange for golf lessons. As it would have it, Tin Cup qualifies, but he seems to struggle from the issues on course, finishing his round with a seven iron.

In the final round of the US Open, McAvoy is in the heat of the tournament, and one decision to lay up or go for it makes or breaks him.

This movie tops this list for the reasons that it incorporates a real golf story in with humor. Unlike the others, the plot is less comedic, and actually has some meaning.