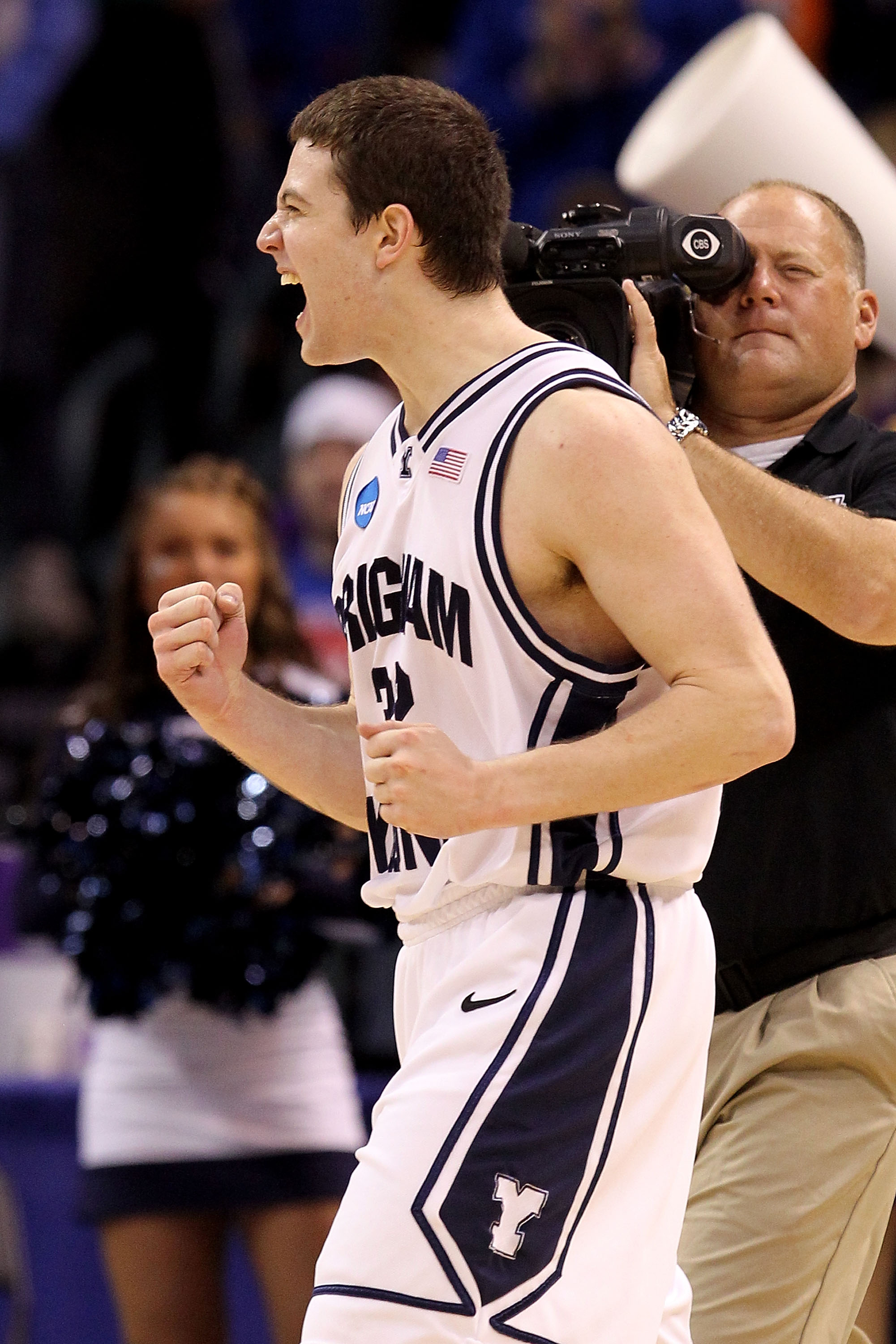 Last night, Jimmer Fredette went off for 43 points against the No. 4 San Diego State Aztecs. He scored from all over the floor and made shots that left the Aztecs bewildered.

His performance against the Aztecs is getting a lot of attention, but he's been doing this for a while now.

He's gone over 40 points in three of BYU's last four games. He's leading the nation in scoring at 27.4 points per game.

I feel he's the best point guard in the country and that he can absolutely develop into an NBA star.

Entering this season, there weren't many people outside the Mountain West Conference who were paying attention to Jimmer.

However, he seems to have everyone's attention now.

Several professional athletes and celebrities have tweeted about Jimmer since the conclusion of last night's game.

Last year, Kevin Durant became the youngest player in NBA history to lead the league in scoring. He's leading in that category this year as well.

You can easily make the argument that Durant is legitimately the best scorer in the world. For him to say that about Jimmer is high praise indeed.

I wrote an entire article that was based on this tweet immediately after last night's game. If you want to read that, I'll leave a link at the end of the slideshow.

If it weren't for Blake Griffin, John Wall would be the clear front runner for the 2011 NBA Rookie of the Year Award.

He has a great handle and fantastic speed and quickness. He's sixth in the NBA in assists per game. Wall has as bright a future as any young guard in the league.

If an outstanding rookie and former top overall pick thinks Jimmer is cold...Jimmer is COLD.

Gary Parrish is a college basketball columnist for CBSSports.com. His tweet is pretty risque, but it's also pretty funny.

Derrick Williams played for the Arizona Wildcats and is a legitimate top pick possibility in almost every 2011 NBA mock draft.

He averaged 19.1 points and 8.1 rebounds per game. His shooting percentages were ridiculous: 60 percent from the field and 57 percent from three-point range.

Williams' tweet is based on personal experience. Jimmer dropped 49 on Arizona last season.

I think you all know who Nelly is.

Jimmer is not only "the truth," according to his rapper brother TJ, he's "Amazing." Nelly should reunite the St. Lunatics and add TJ Fredette to the bunch.

Jared Sullinger is having a heck of a season for the undefeated Ohio State Buckeyes (the only undefeated team left after Jimmer's dismantling of the Aztecs last night).

He is one of two players who have a chance to win the National Player of the Year Award over Fredette.

Van Pelt is one of the most recognizable anchors on ESPN's SportsCenter, and he has his own nationally syndicated sports talk radio show.

I don't expect too many people to be sleepin' on "The Jimmer" after last night. Apparently, neither does SVP.

Wojnarowski is the NBA columnist for Yahoo! Sports. As big-time NBA guys start to come around on Jimmer's game, his draft stock will rise.

After this season, the draft combine and some workouts with NBA teams, I expect Jimmer to be a lottery pick in 2011.

Morrison is a San Diego State alum, and he's been a starting linebacker in the NFL for a few years now.

It's always telling when the opposition recognizes greatness.

ESPN's resident college basketball guru has proclaimed Jimmer to be the face of the sport this season.

Jimmer started by converting the average fans. Now he's starting to make believers out of everyone in the media.

His next target? NBA scouts.

When he talks about "getting his Jimmer on," droves of readers and listeners will start to pay attention to this elite player.

Givony writes for DraftExpress.com. He won't be the only person covering the NBA draft who moves Fredette up the board after last night.

As the season progresses into tournament time, Fredette's stock is just going to keep on rising.

More on The Mountain West 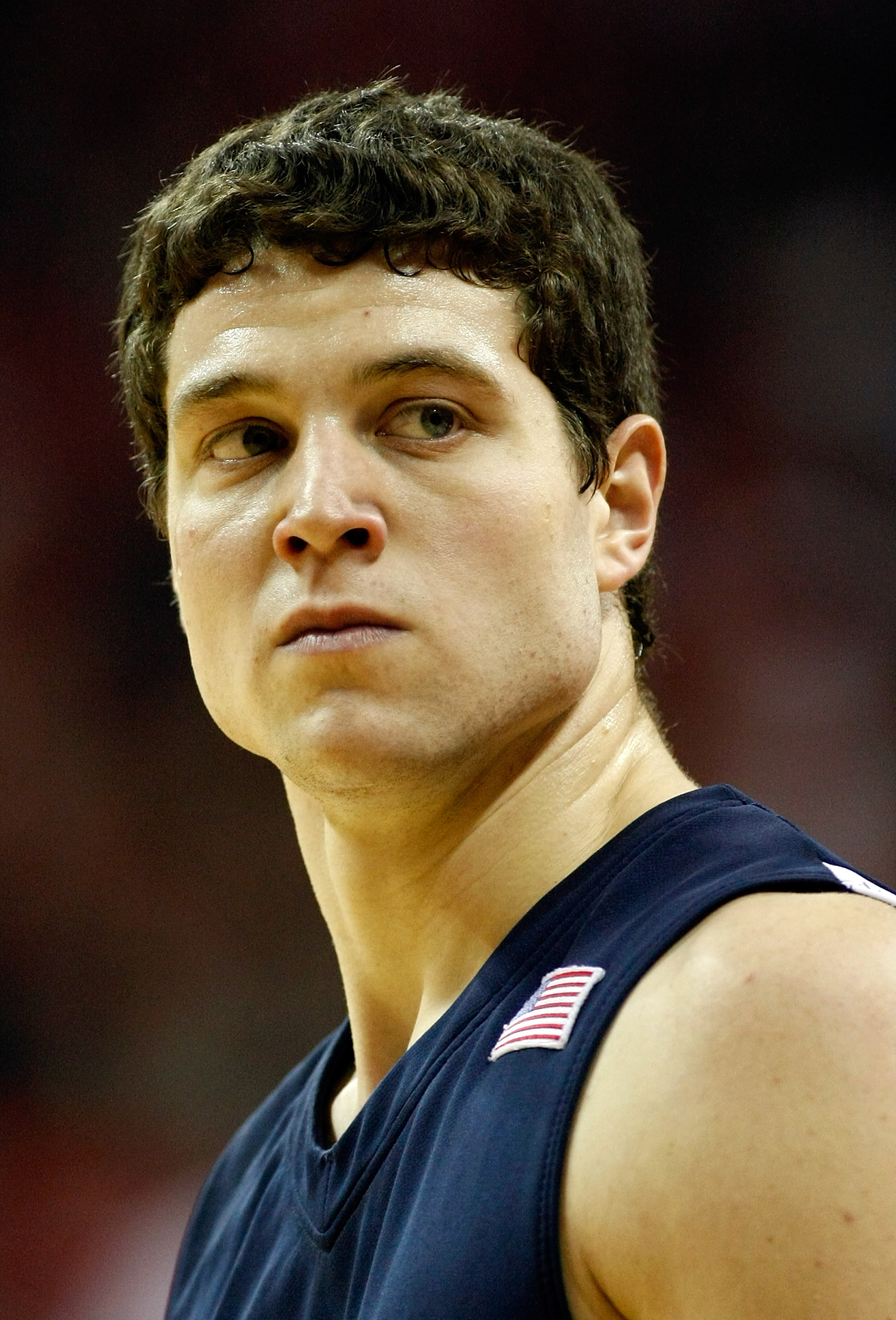 As I briefly mentioned in the context of this slideshow, I believe Jimmer Fredette is a lottery-level talent.

I have no doubt that he can make an impact in his first year in the NBA. He also has the tools, natural talent and athleticism he needs to develop into a star.

For More on the Mountain West

2011 NBA Draft: Is BYU's Jimmer Fredette the Next Steve Nash?

2011 NBA Draft: Jimmer Fredette of BYU May Be the Best Point Guard in the NCAA

Today's Interview With Jimmer on SportsCenter

He's already given several great interviews in the last few days, but this one is my favorite.