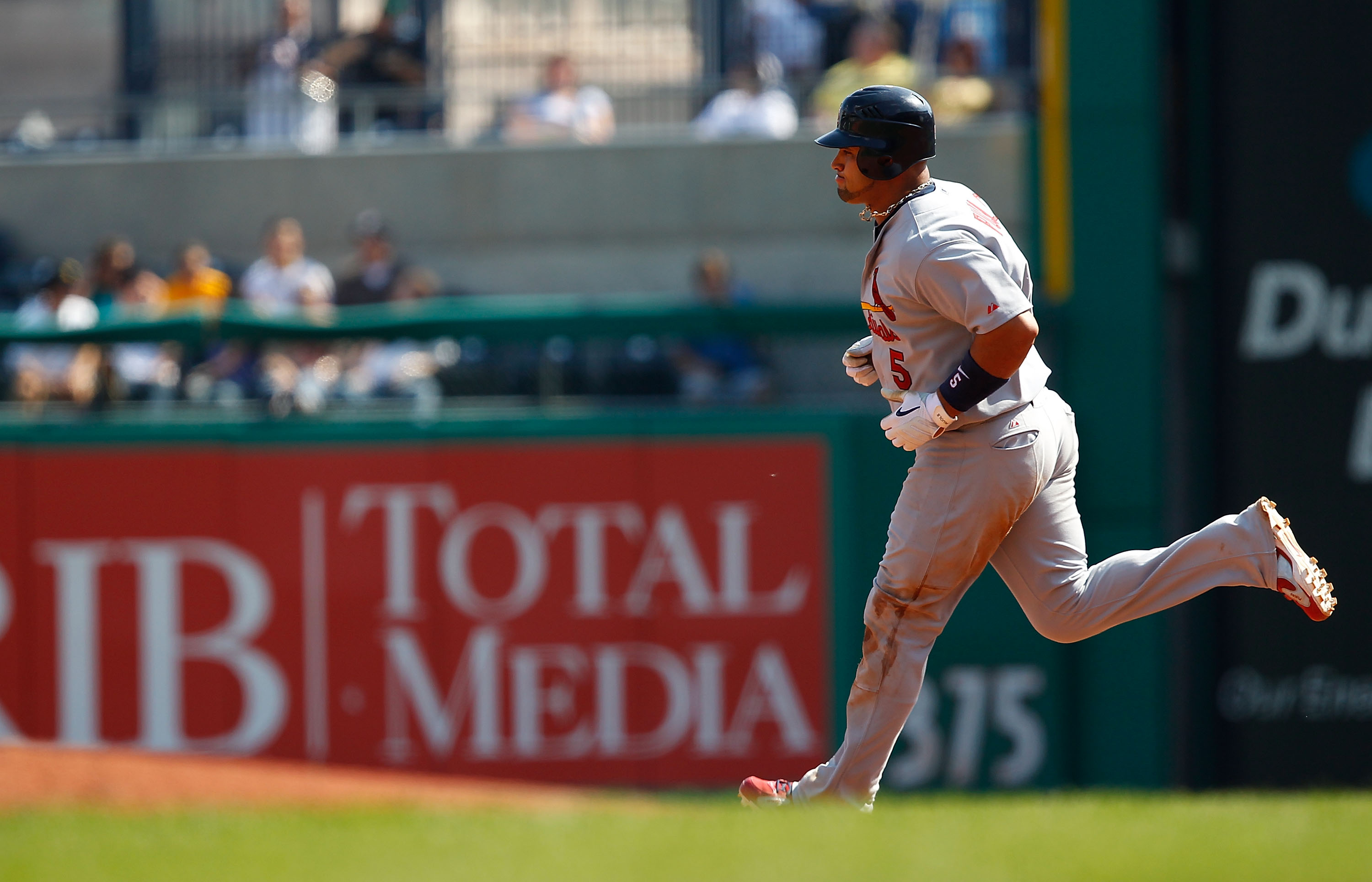 More than anything else, what makes baseball America's pastime is its rich history and tradition of legendary names, all bound together across decades by a beautiful game.

That same history also lends itself to all manner of debate, from whether there will ever be another 300-game winner to whether alleged steroid users like Barry Bonds, Mark McGwire and Manny Ramirez should be included in the annals of Cooperstown, given how many great players in past eras got by, more or less, on their given talents alone.

When it comes to determining the "best" or the "greatest" in a particular category, the debate tends to get more heated, even if the terms of the discussion are more vague. One such debate, which doesn't get as much love as that of "best hitter" or "most dominant pitcher," is that of smartest hitter.

What makes a hitter smart, you ask?

It's tough to define it too clearly; otherwise the debate would be too closed and skewed too far in one direction or another. However, in general terms, a smart hitter is one who hits for a high average, gets on base often and doesn't strike out all that much.

One could add more dimensions, like a hitter's ability to recognize a particular pitch or a hitter's "sense" of time and situation, but such factors are nearly impossible to measure, especially for the ones, like Honus Wagner and Ty Cobb, who few today would ever remember seeing in person.

With all of that said, let the debate begin! 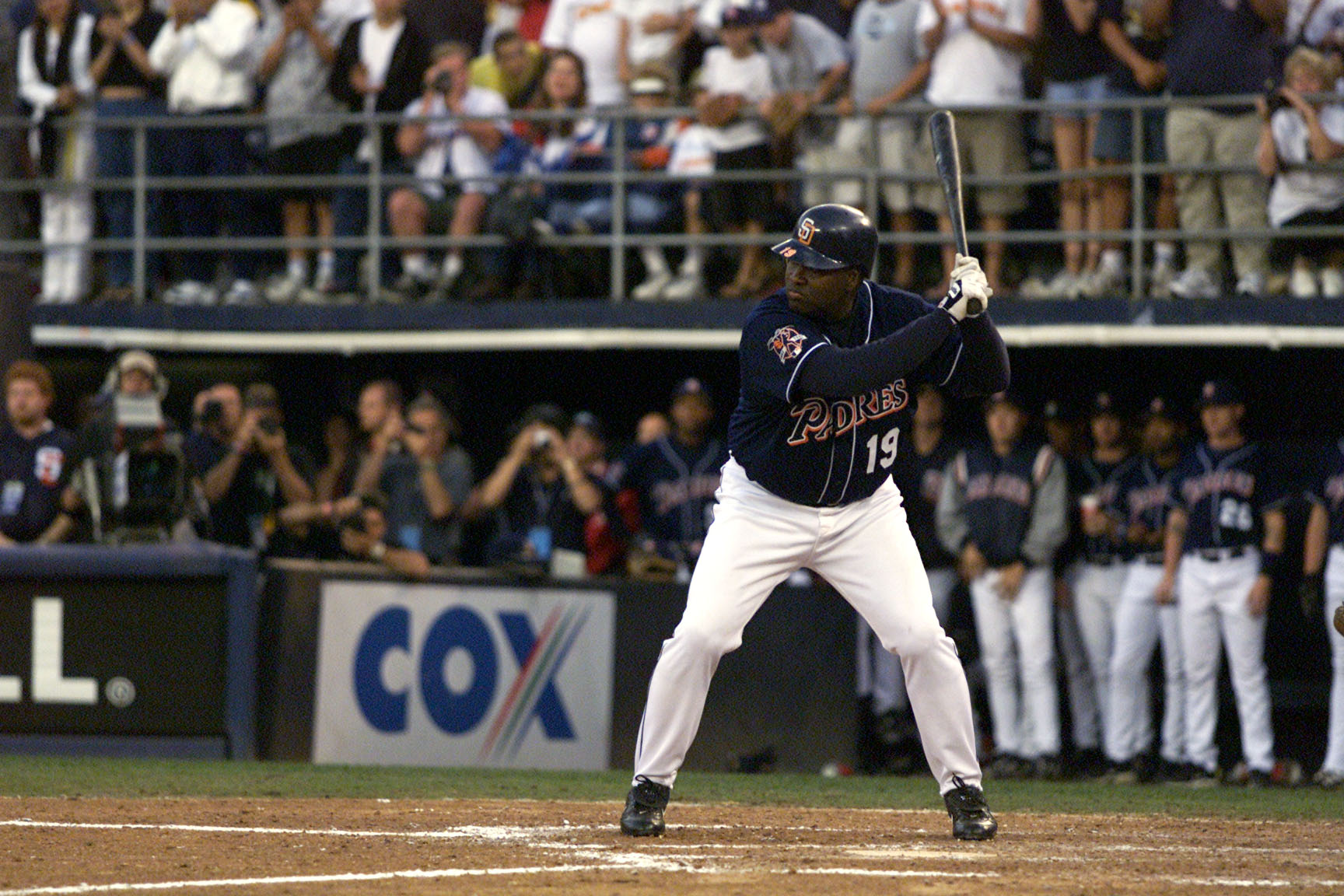 Tony Gwynn defined what it means to be a smart hitter in the modern age.

Nicknamed "Captain Video" for his constant work ethic and desire to improve, Gwynn's efforts clearly paid off on the field. As one of the most consistent contact hitters in baseball history, Gwynn piled up 3,141 hits for a career .338 average.

In addition, Gwynn won the batting title in eight of his 20 seasons, never hit below .300 in any single season and accumulated nearly twice as many walks as strikeouts.

Though "Mr. Padre" never hit more than 17 home runs in a single season in San Diego, he was a master of taking what the defense gave him and dropping the ball in the right place at the right time.

As such, Tony Gwynn is easily one of the best hitters of the last quarter century. 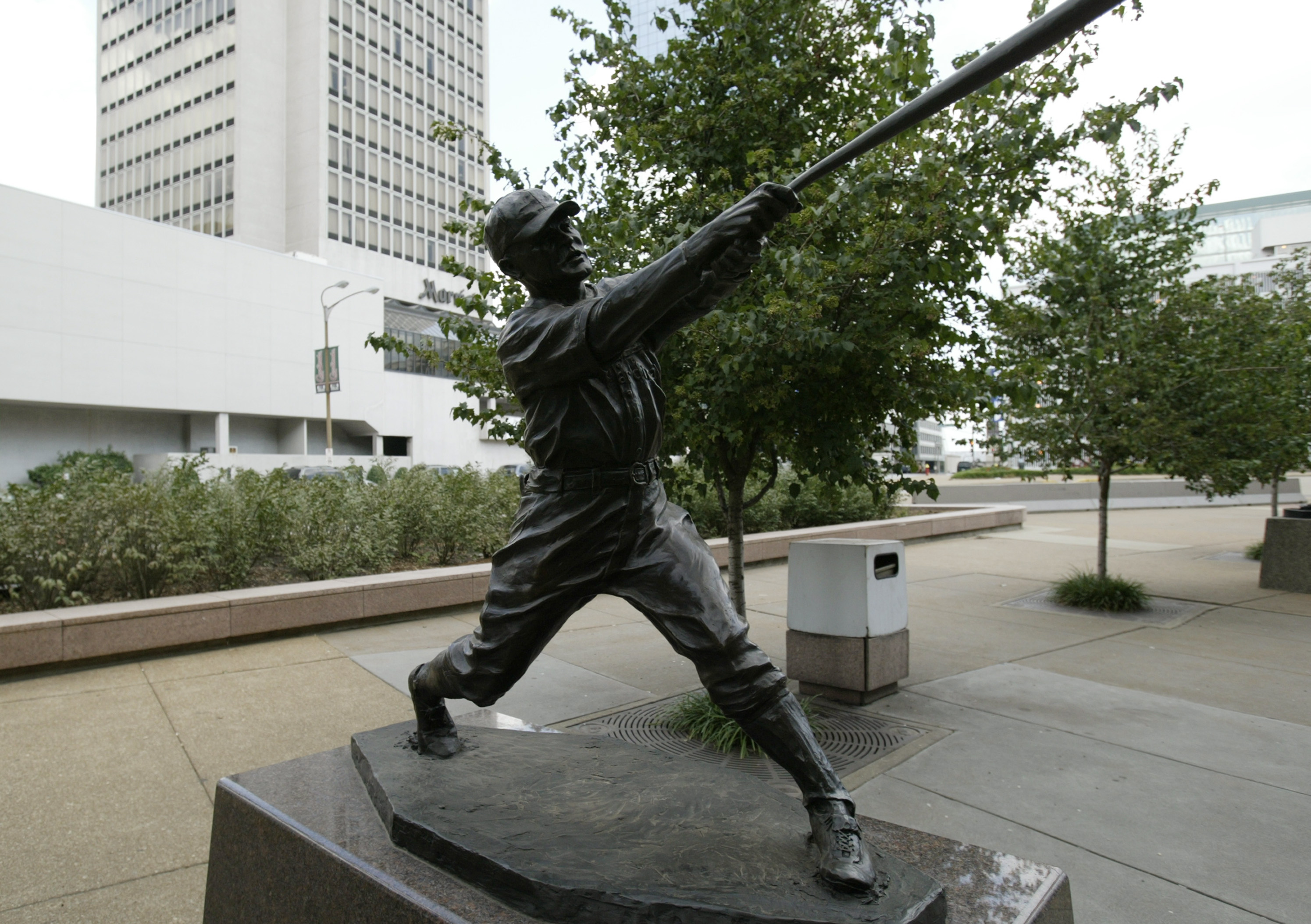 Long before Tony Gwynn's parents were twinkles in his grandparents' eyes, Rogers Hornsby was tearing up the baseball world, mostly for the St. Louis Cardinals.

Though Hornsby never reached the 3,000-hit plateau and had a full season in which he hit under .300, "The Rajah" put up some absolutely mind-blowing performances during the Roaring '20s.

More specifically, Hornsby hit better than .400 three different times that decade, including the 1924 season in which he piled up 227 hits for an average of .424!

All in all, Hornsby ended his 23-year career with a .358 batting average and an OPS of 1.010, which is particularly impressive for a guy who only three times hit more than 30 home runs in a season. 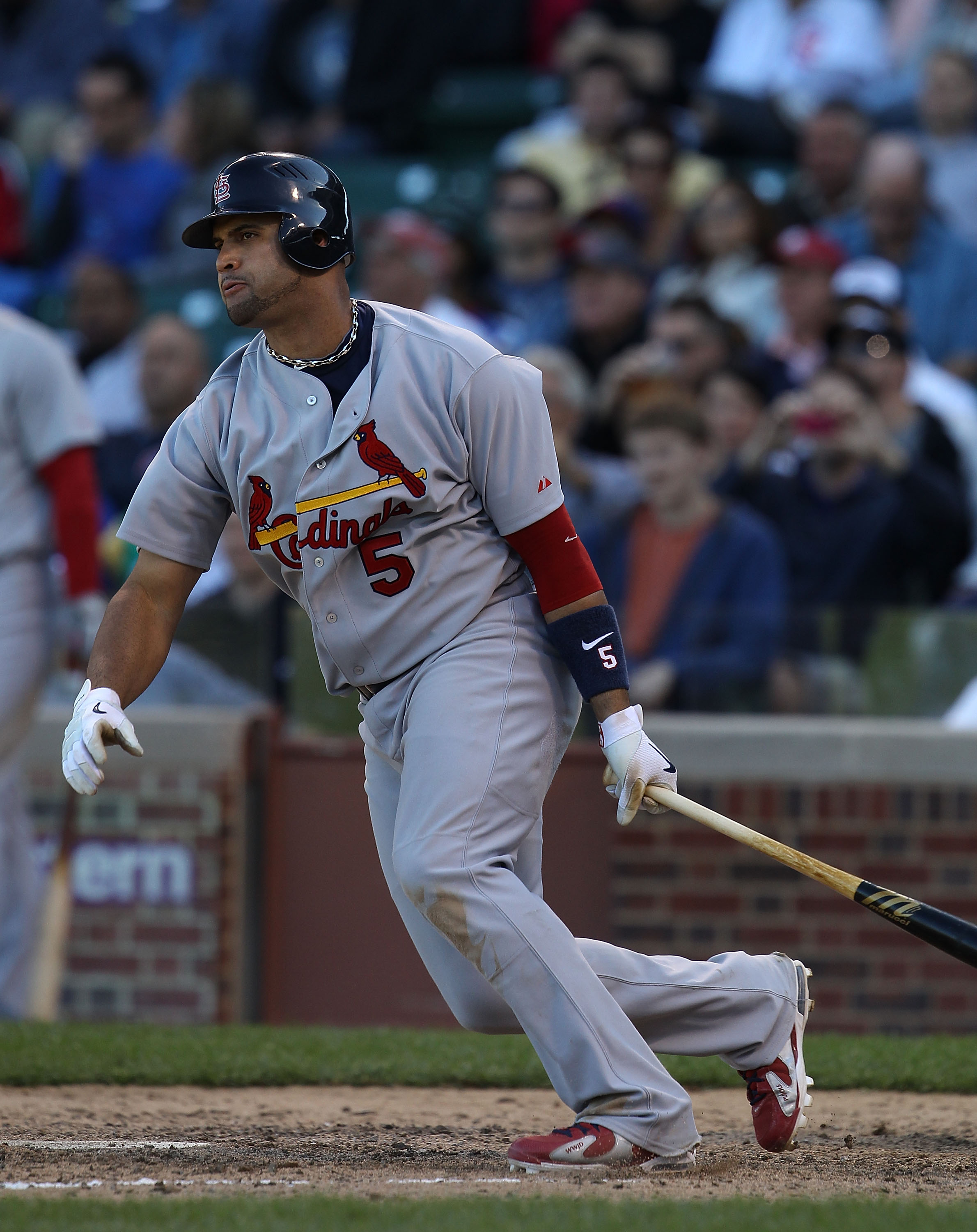 Perhaps it's not particularly prudent to include an active player on this list, but Albert Pujols is more than deserving of a spot.

After all, Prince Albert has been nothing short of a menace for the St. Louis Cardinals since his debut in 2001, finishing with a batting average above .300 in each of his 10 seasons thus far. Additionally, Pujols has walked nearly 300 times more than he's struck out, boosting his on-base percentage to .424.

What makes those numbers even more impressive is that he is, in fact, a power hitter, having tallied 408 home runs already.

Throw in three MVPs, a batting title and a career OPS of 1.050, and you've got one of the pickiest, most patient and most valuable hitters that MLB has ever seen. 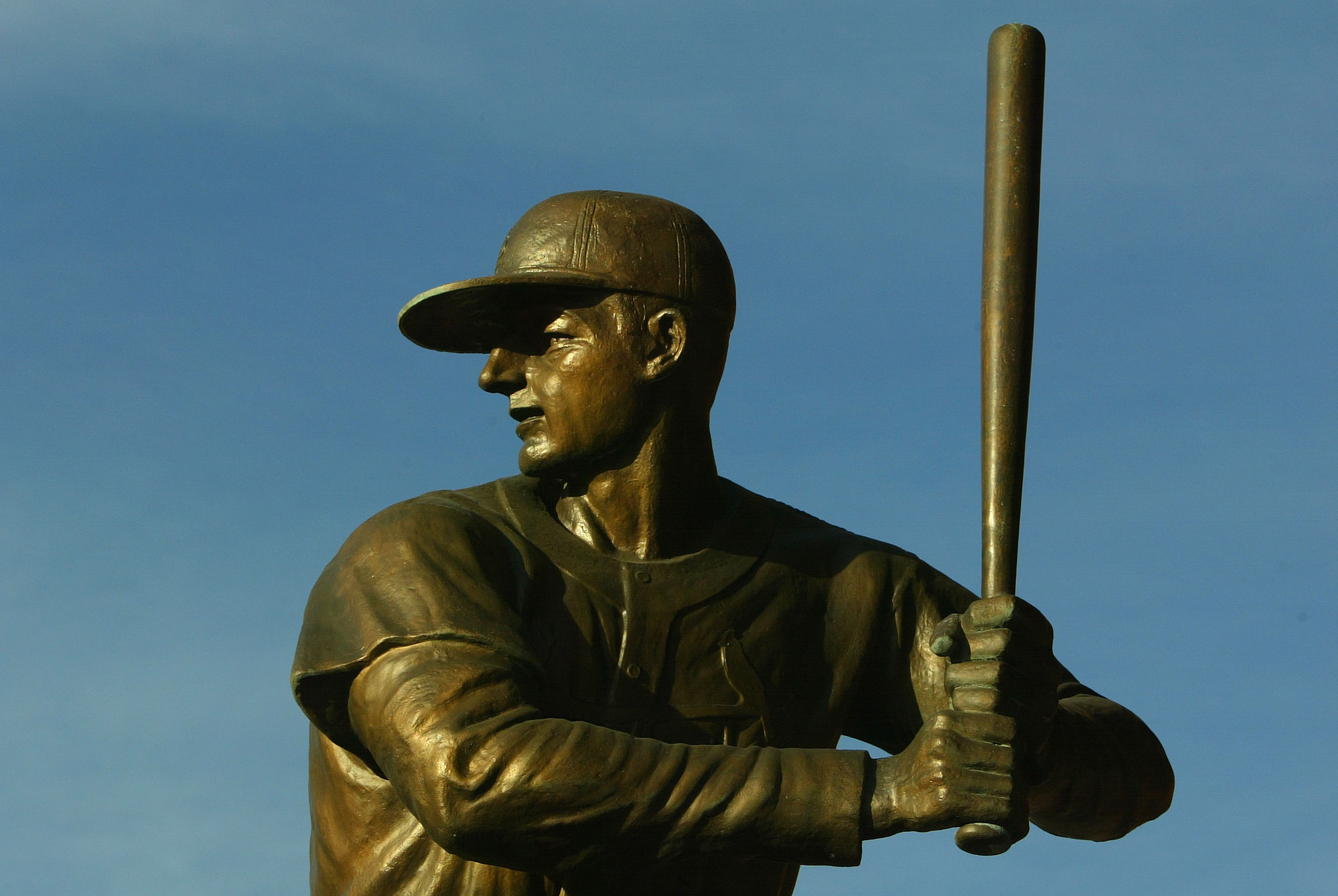 Continuing with the theme of smart hitters for the St. Louis Cardinals, Stan Musial still owns the title of most intelligent batsman in the long history of baseball in the Gateway City.

That's right, folks: Stan Musial walked nearly two-and-a-half times more often than he struck out. That in itself is impressive enough to get him on this list.

Throw in a career average of .331 and eight seasons of 40 homers or more, and Musial is eminently qualified to be classified as one of the smartest hitters to ever dominate the diamond. 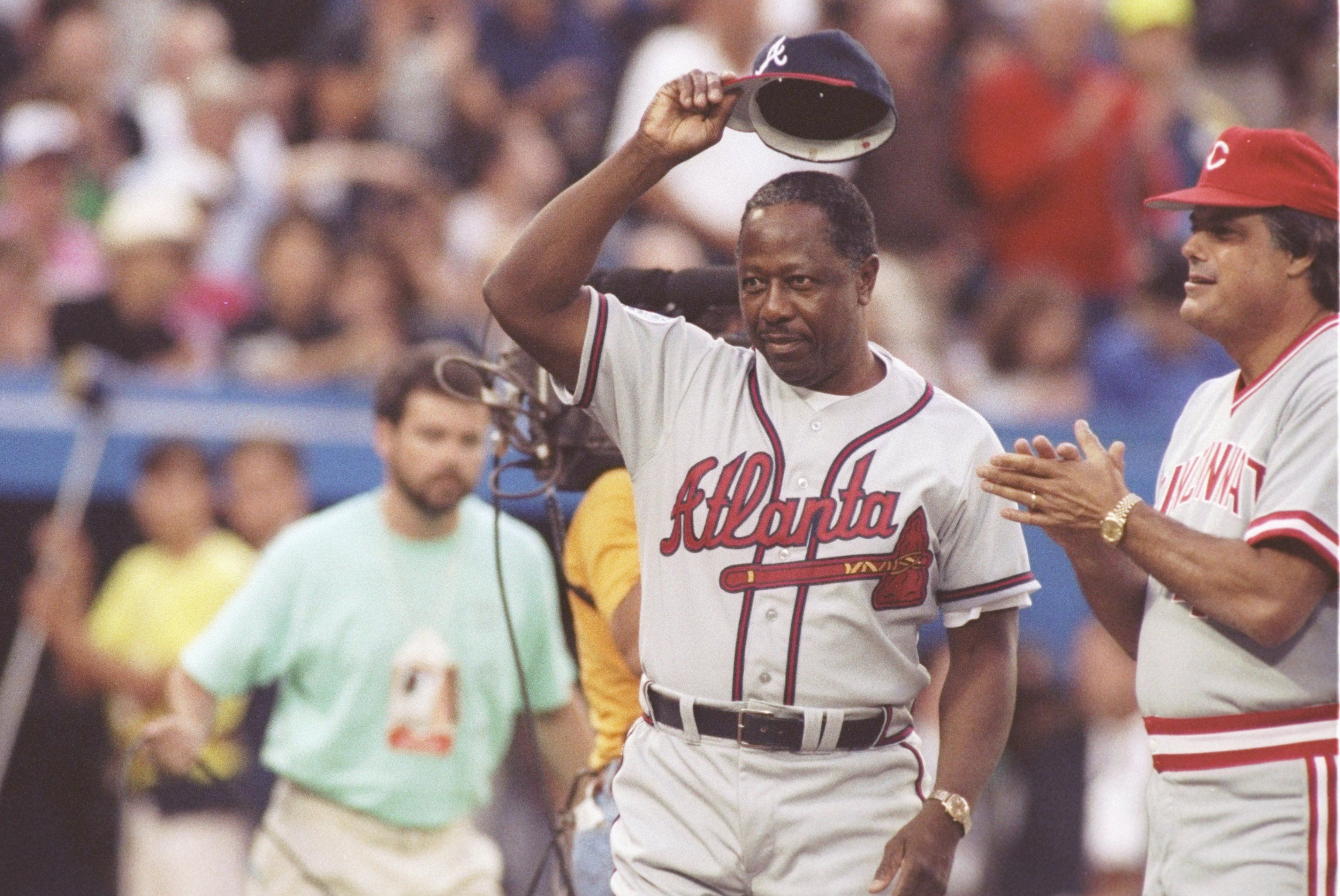 A 25-time All-Star (including multiple appearances back when there were two All-Star Games), Hammerin' Hank was about as consistent as they come, never hitting more than 47 home runs in a single season but still finishing his career with a whopping 755 dingers.

Sure, his .305 career batting average isn't exactly Earth-shattering, nor is the fact that he had only 19 more walks than strikeouts.

However, understatement was a big part of Aaron's greatness.

And it's tough to deny a guy who hit safely 3,771 times in his career. 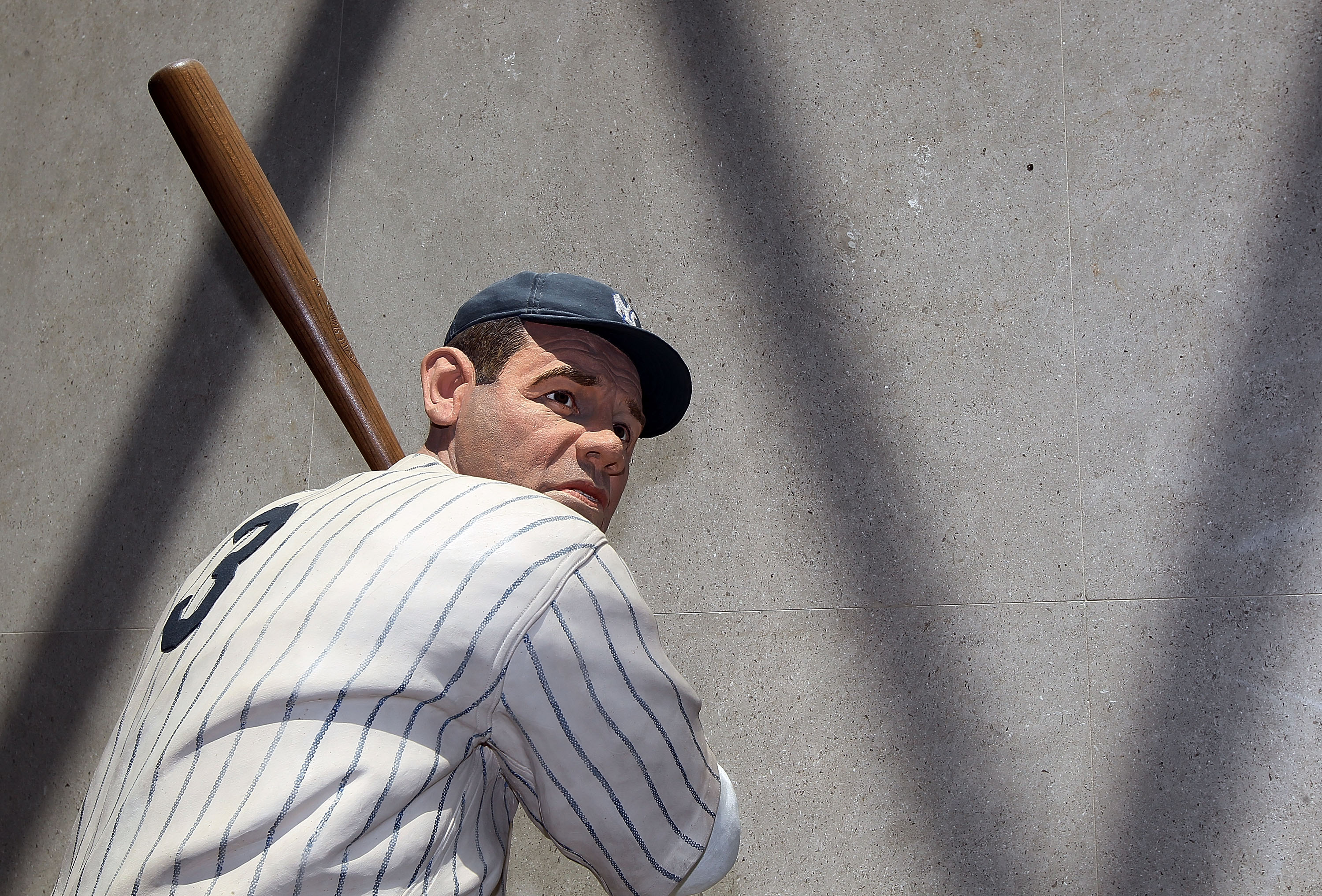 I know, I know, putting Babe Ruth this low is absolutely ridiculous.

The man, the myth, the legend. The Sultan of Swat. The Bambino. The Babe.

Trust me, being fifth on the list is no knock against George Herman Ruth, Jr.

If nothing else, Ruth was smart enough to call a home run in the World Series and knock it out of the yard. 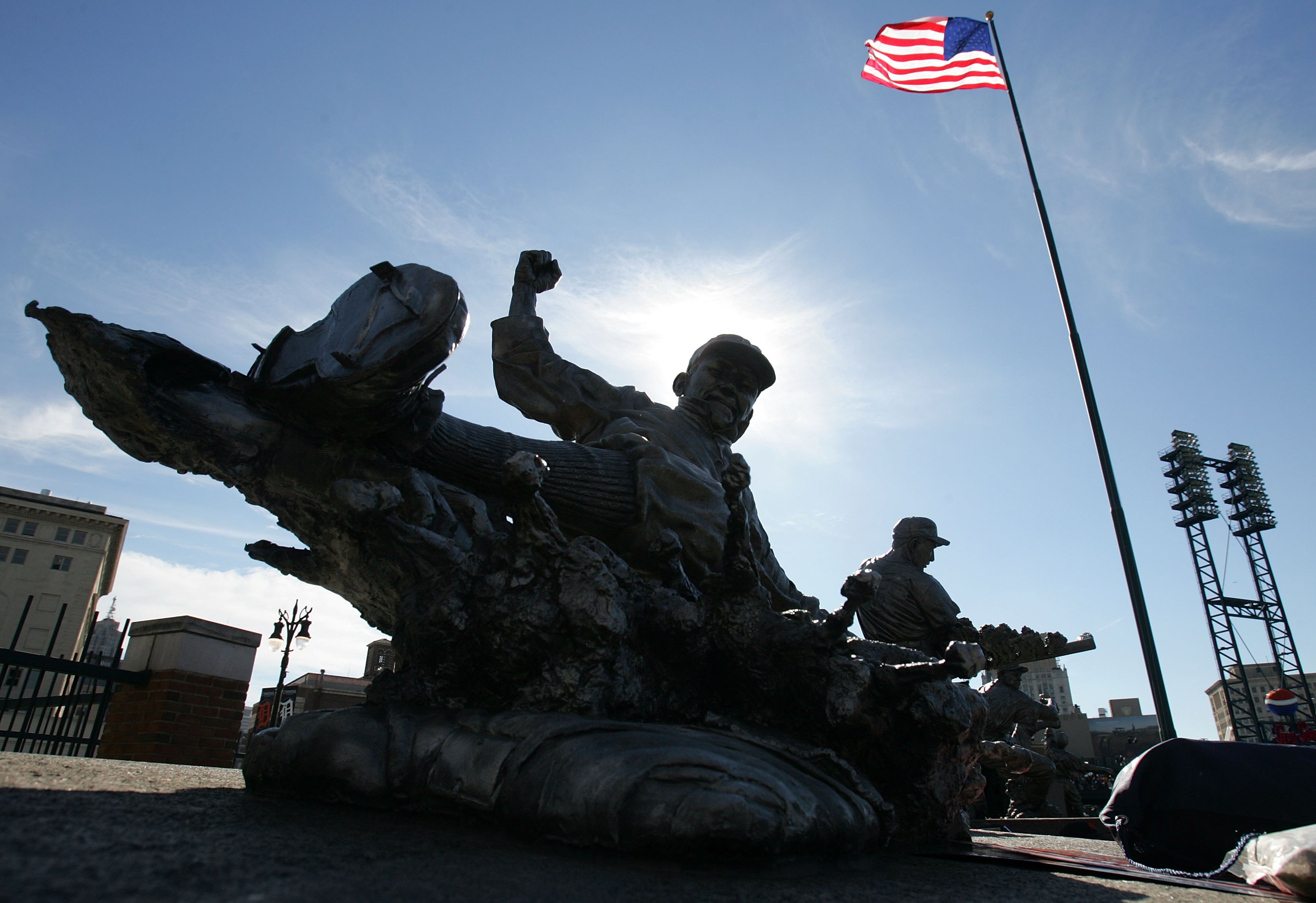 Around the same time that Babe Ruth was doing his thing in New York, Ty Cobb was busy knocking out hit after hit for the Detroit Tigers.

The man known as "The Georgia Peach" was arguably the greatest pure hitter to ever grace a baseball field, racking up 4,189 hits in 24 seasons for a mind-boggling career average of .366, buoyed by three separate seasons over the .400 mark.

Cobb may not have done much with the long ball, but his propensity for stealing bases made him a constant threat to score once he was on base. 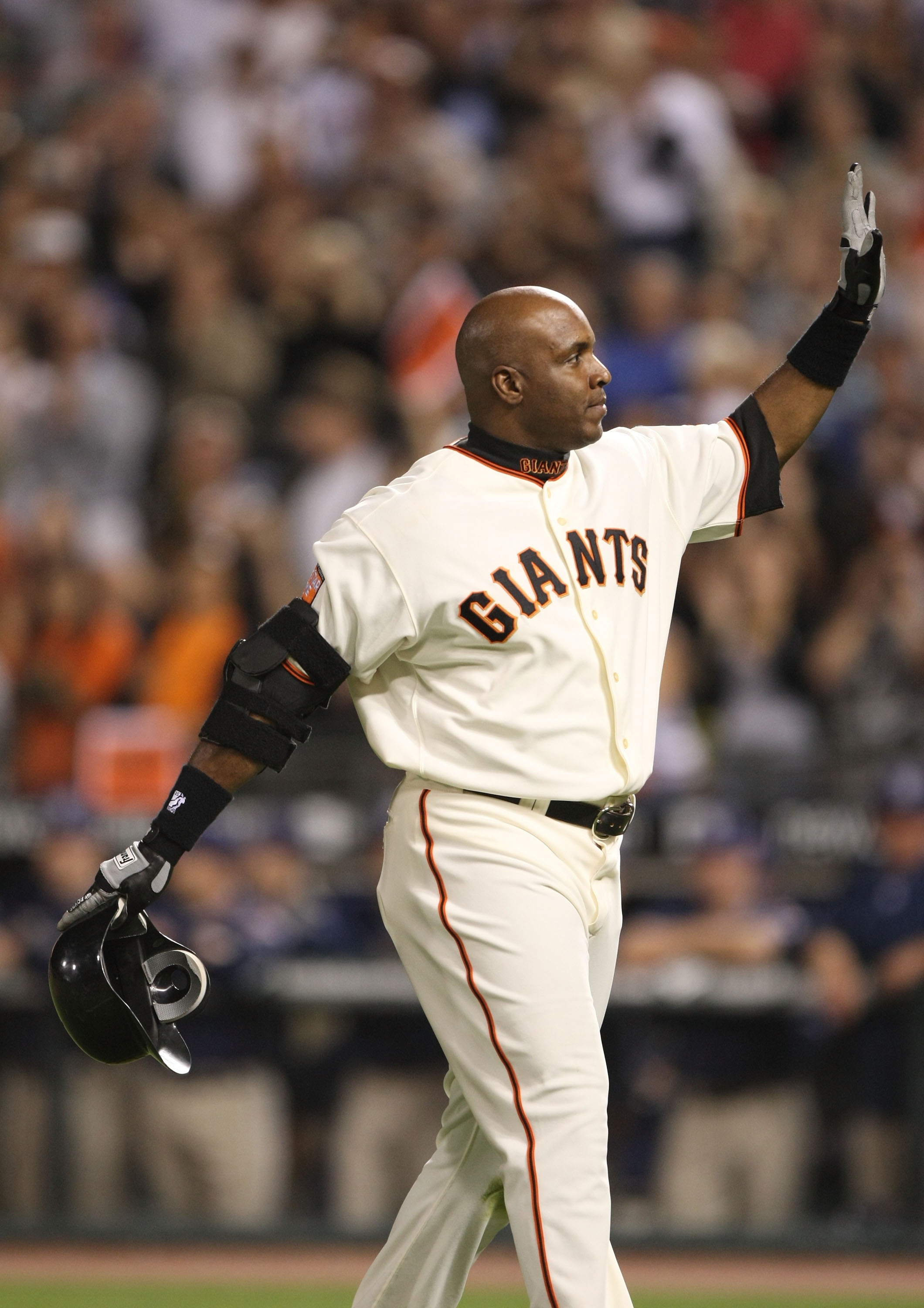 There are many in the world of baseball who would dismiss the thought of discussing Barry Bonds as great in any sense, given the suspicious cloud of alleged steroid use that still hovers over his gigantic head.

Sure, one could argue that many of those walks were intentional due to the constant threat of his prodigious power, which may or may not have been boosted by performance-enhancing drugs.

Frankly, it's tough to label Bonds as guilty until he has been proven as such, as obvious as some may think his past steroid use to be. 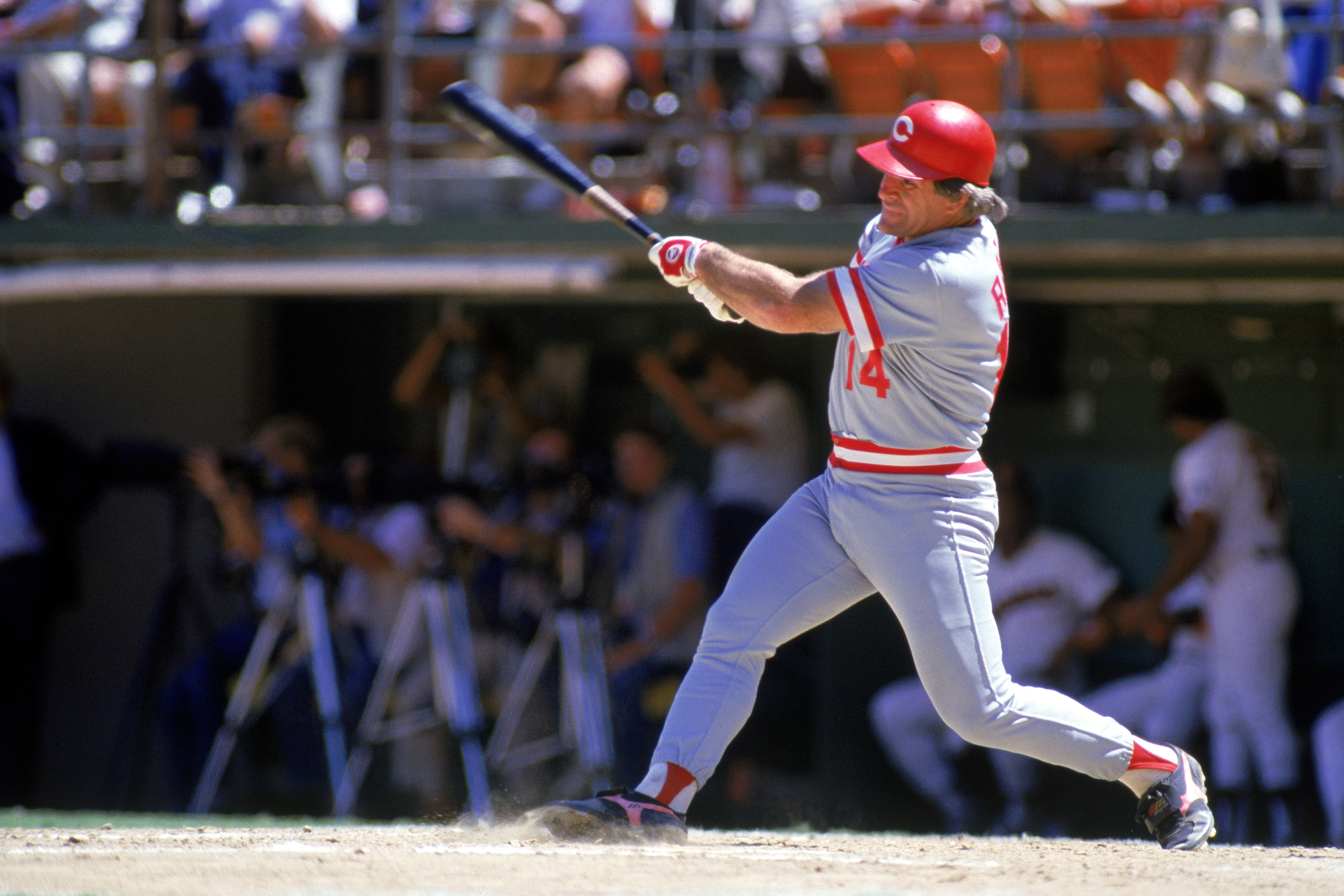 While some may find reason to keep Barry Bonds out of the Hall of Fame, there is no reason why Pete Rose should not join his own memorabilia in Cooperstown.

It's unconscionable to still hold "Charlie Hustle" the player accountable for transgressions committed by Pete Rose the manager.

That aside, few of Rose's statistics would strike the modern-day baseball stat geek as particularly impressive, with a career batting average of .303, an OPS of .784 and a walk-to-strikeout ratio of less than two-to-one.

That being said, the man racked up 4,256 hits in 24 major league season, proving that greatness doesn't necessarily require all-time talent but can be achieved through pure hustle, desire and tenacity. 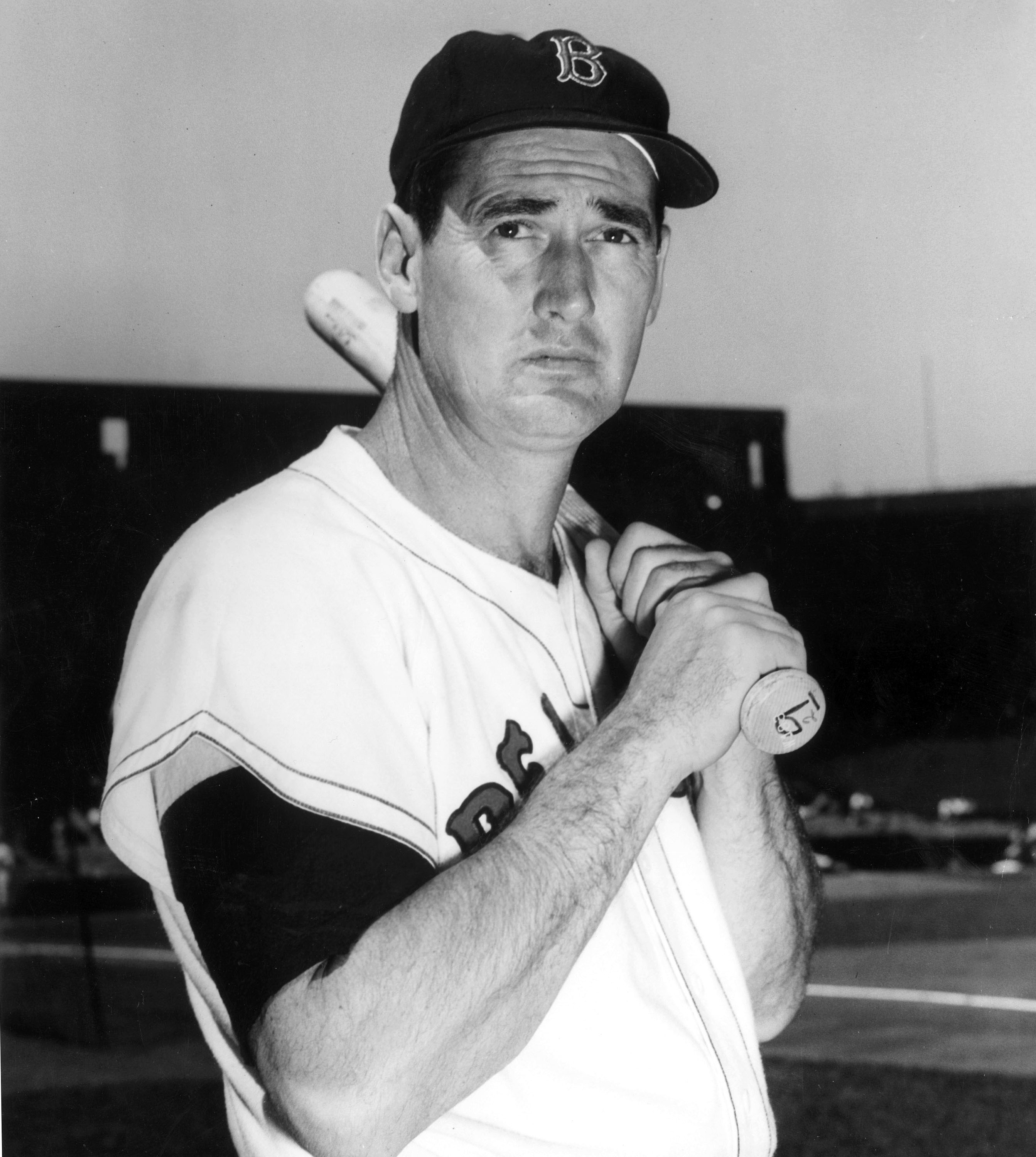 Then again, it certainly doesn't hurt to be incredibly talented.

Just ask Ted Williams, or rather, his frozen head.

Even listing his accomplishments doesn't completely do "The Kid" justice.

19 All-Star appearances, two AL MVPs and, most impressively, three years of his young career sacrificed in service of his country during World War II.

Folks, we have a winner, and his name is Teddy Ballgame.