NFL Free Agency: Where Will Pat Williams Land Next Year?

Pat Williams at 38 years old is already the oldest defensive player in the NFL, but that's not stopping this run-stuffer.

He's said that he wants to play at least a few more seasons, and he has the talent to come in and play about 20 plays a game at this advanced stage of his career.

Williams will be an unrestricted free agent when the season is over, so where will he end up?

Could he return to Minnesota? Unlikely but possible.

Williams wants to go to a contender in the hopes of ending his career on top.

Read on for the possible destinations. 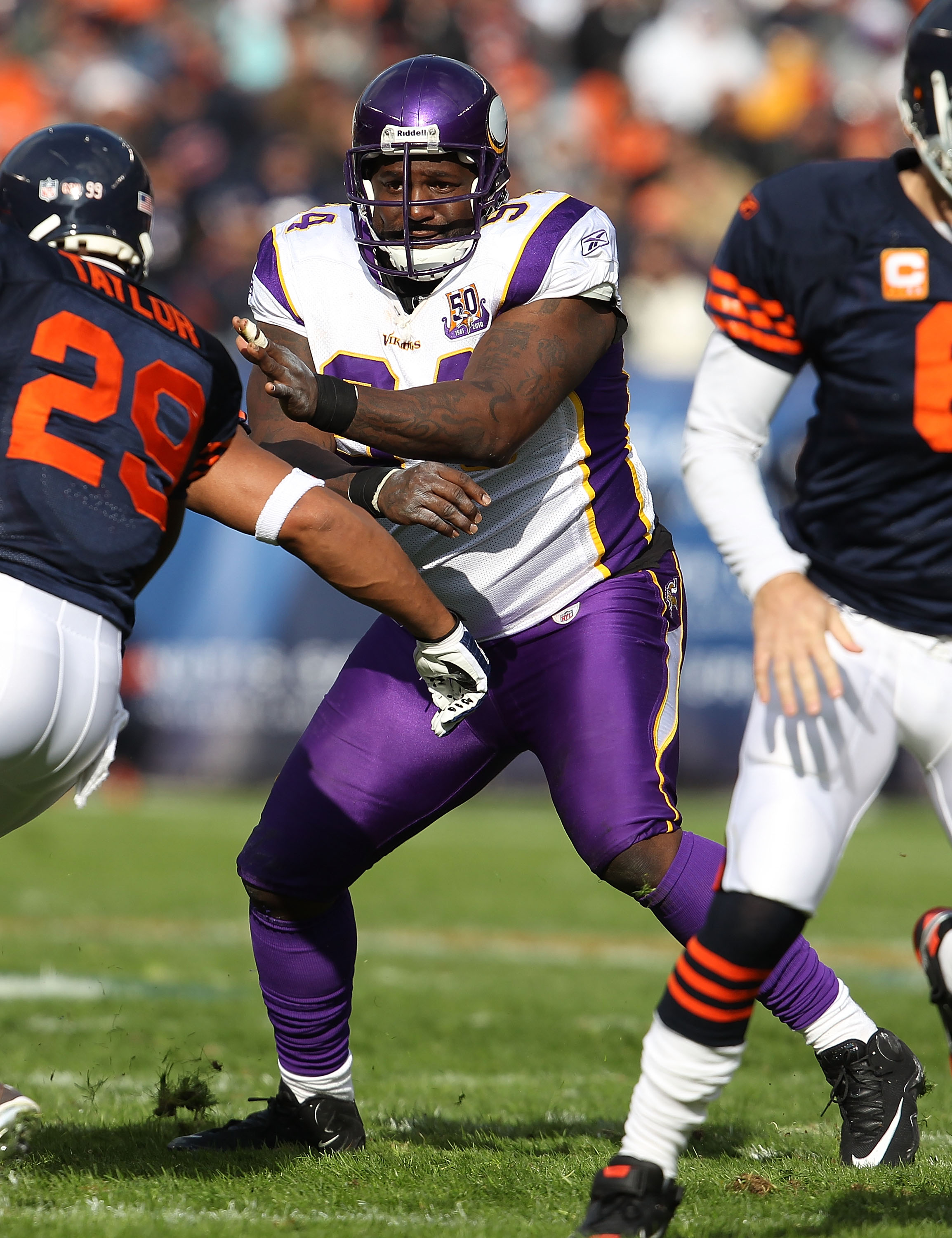 Pat Williams has been on the Minnesota Vikings since 2005, so there's a chance he could sign with them or they could offer him a contract because of loyalty.

The Williams Wall has been quite effective during his time in Minnesota.

He recently said, "They need to rebuild around here. It's going to be kind of rough." That doesn't sound like someone who wants to stay. 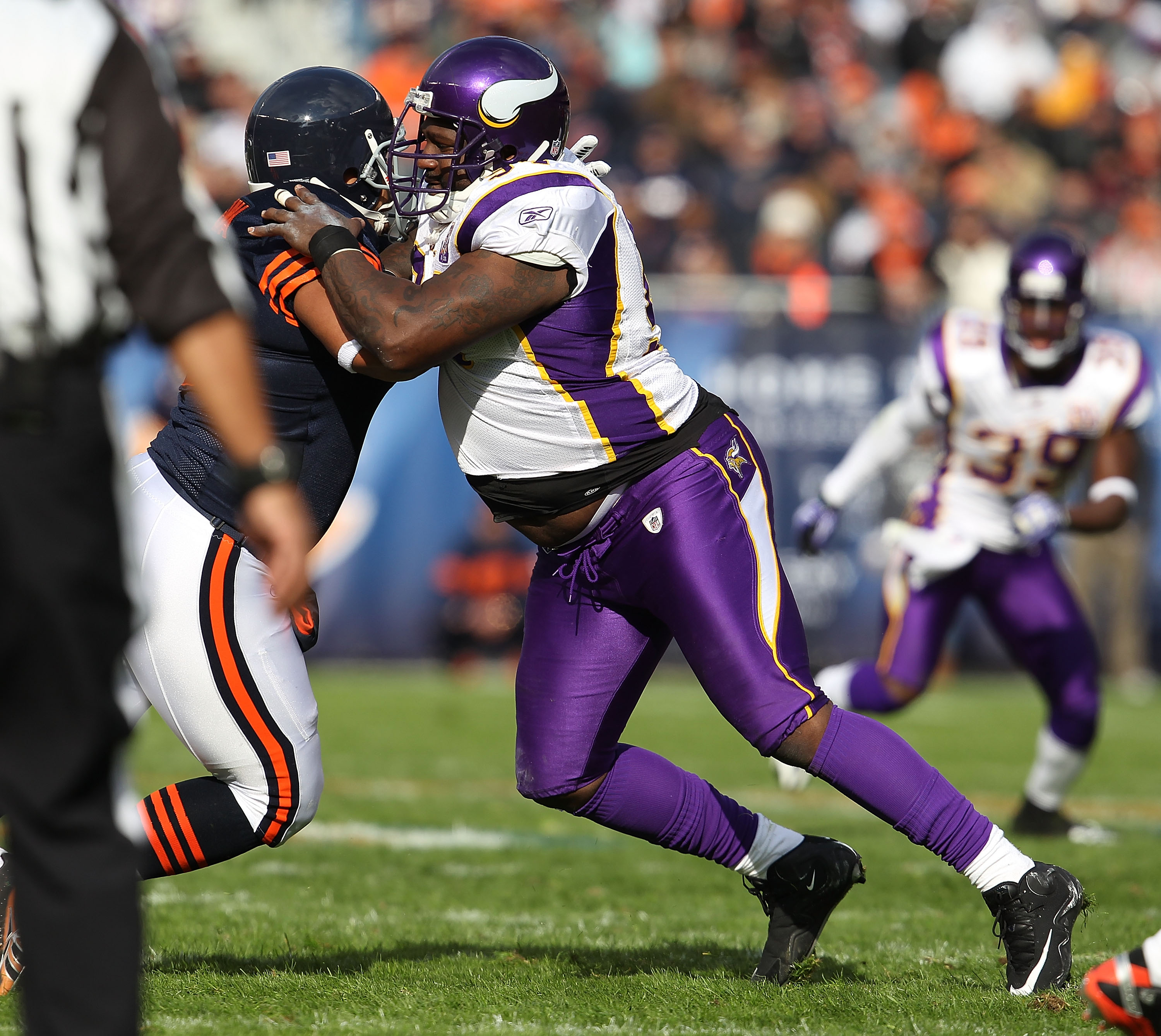 There's really not much of a need for the Steelers to improve their defensive line, but they're worth mentioning.

It's possible that Pat Williams could take a pay cut and go to the Steelers just to join a sure-fire championship contender.

He'd receive less playing time and recognition, but it could be worth it for him. 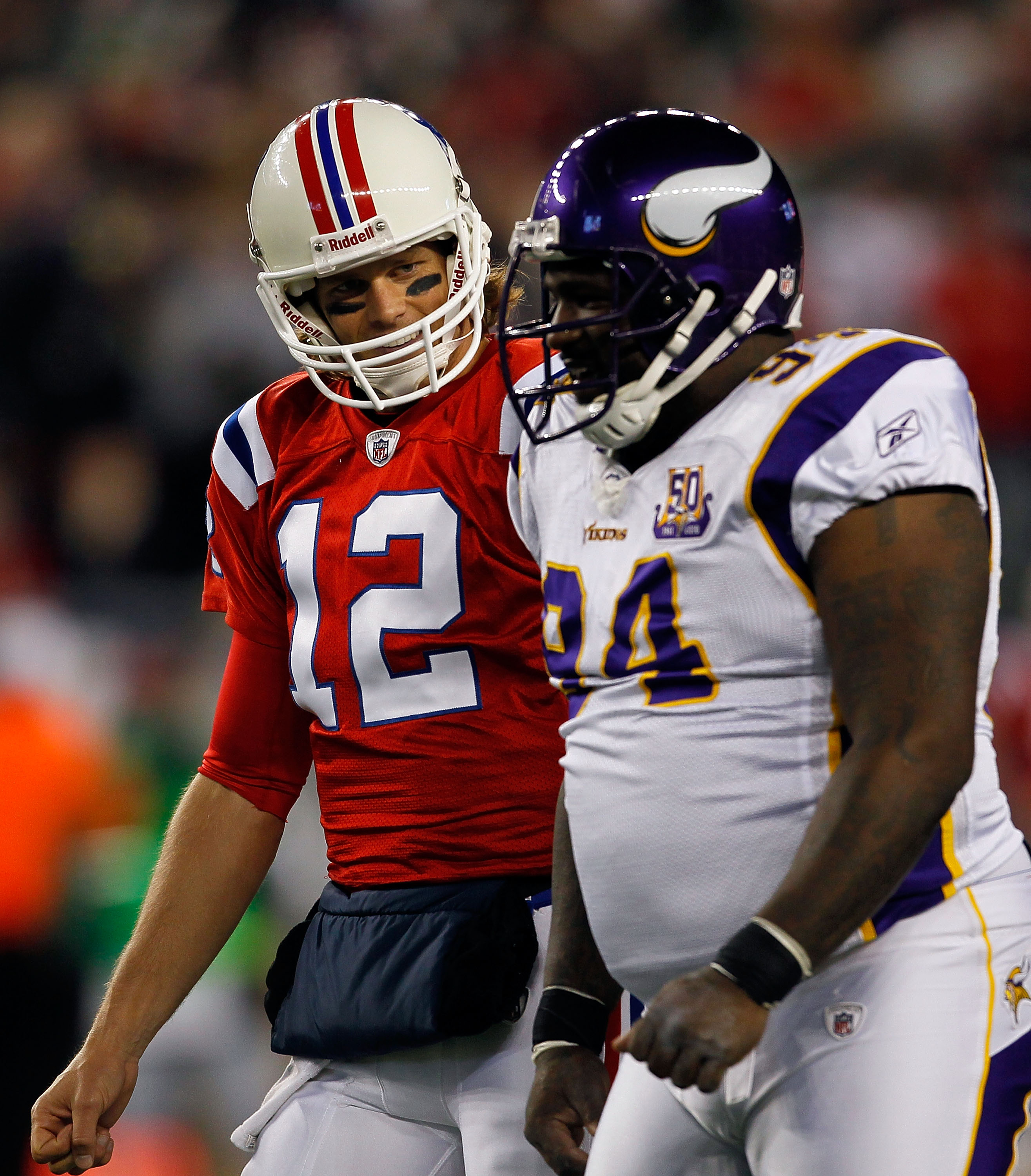 Kris Jenkins gets injured enough that the Jets may consider bringing in Pat Williams.

Other than that, New York doesn't have too big of a need for an aging defensive tackle, but we could see a similar situation to the one outlined on the previous slide. 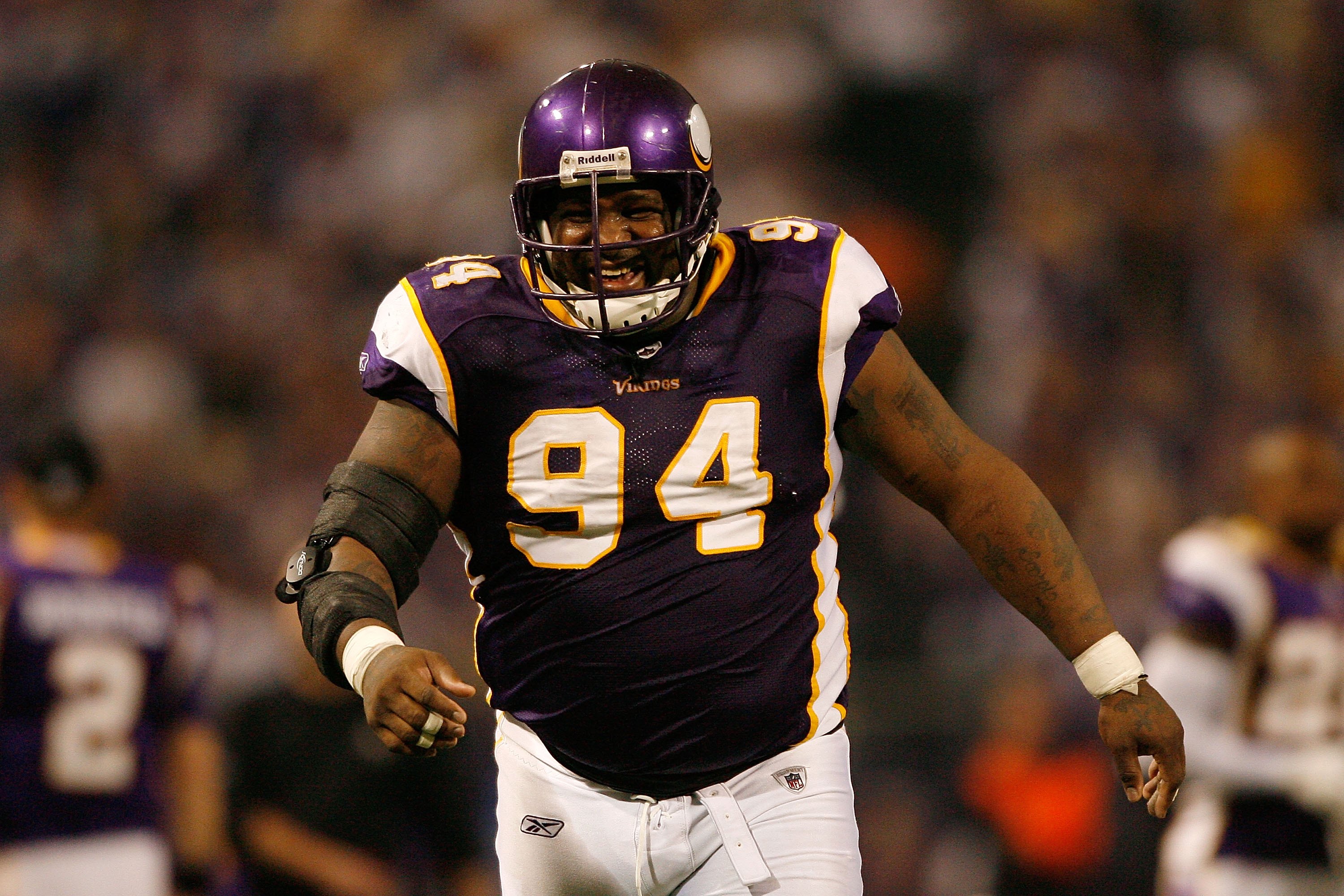 One of the few weaknesses on the Indianapolis Colts is their much-maligned rushing defense.

As a run-stopping specialist, Pat Williams would be able to help improve that unit.

The Colts really need to think about this one, although as a Jaguars fan, I'd rather that they didn't. 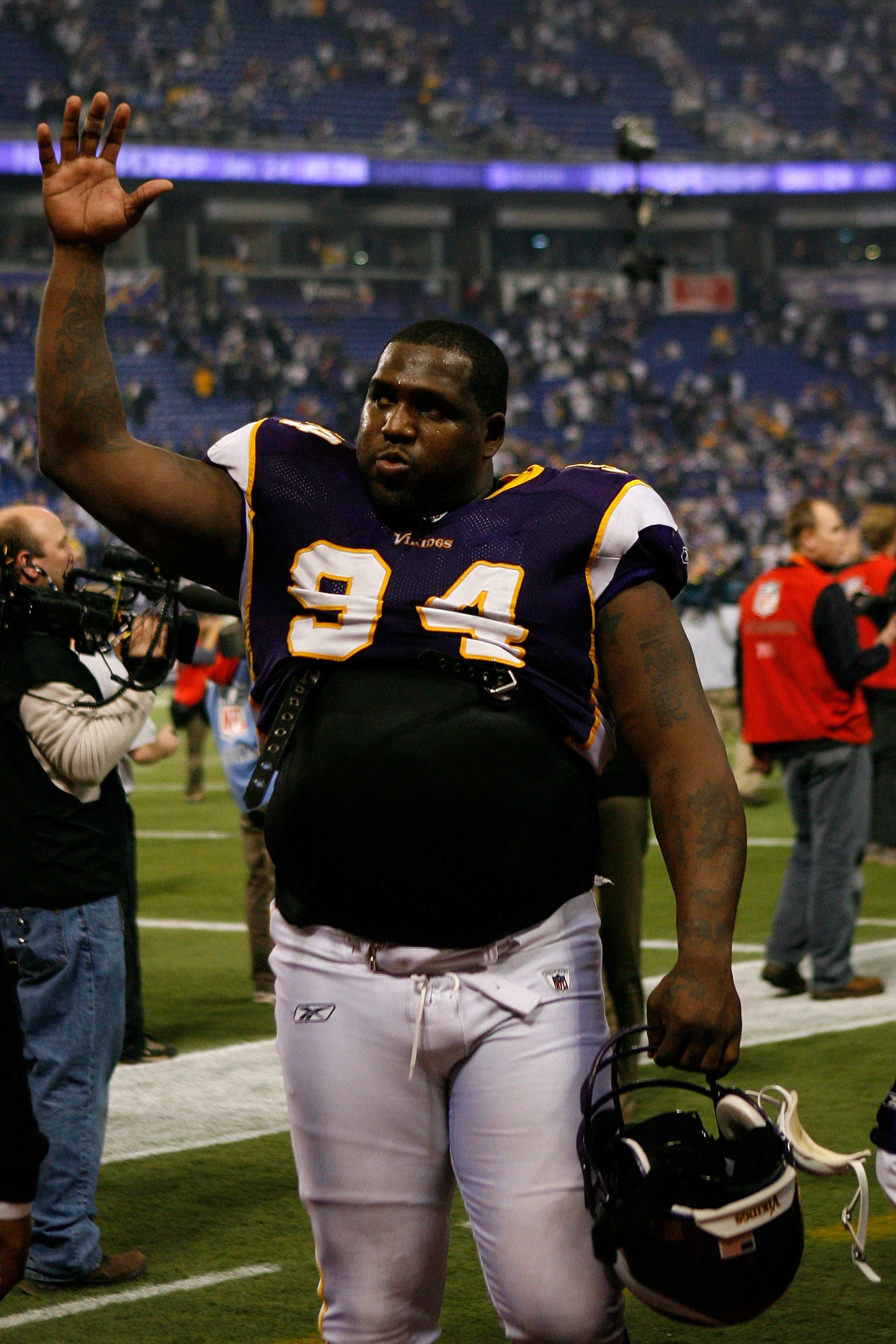 One of the supposed needs for the Kansas City Chiefs in the upcoming 2011 NFL Draft is a defensive tackle.

Instead of paying loads of money for an unknown commodity, the Chiefs could instead simply sign Pat Williams.

He's a great run stopper, as I've said multiple times now, and he'd be much cheaper. 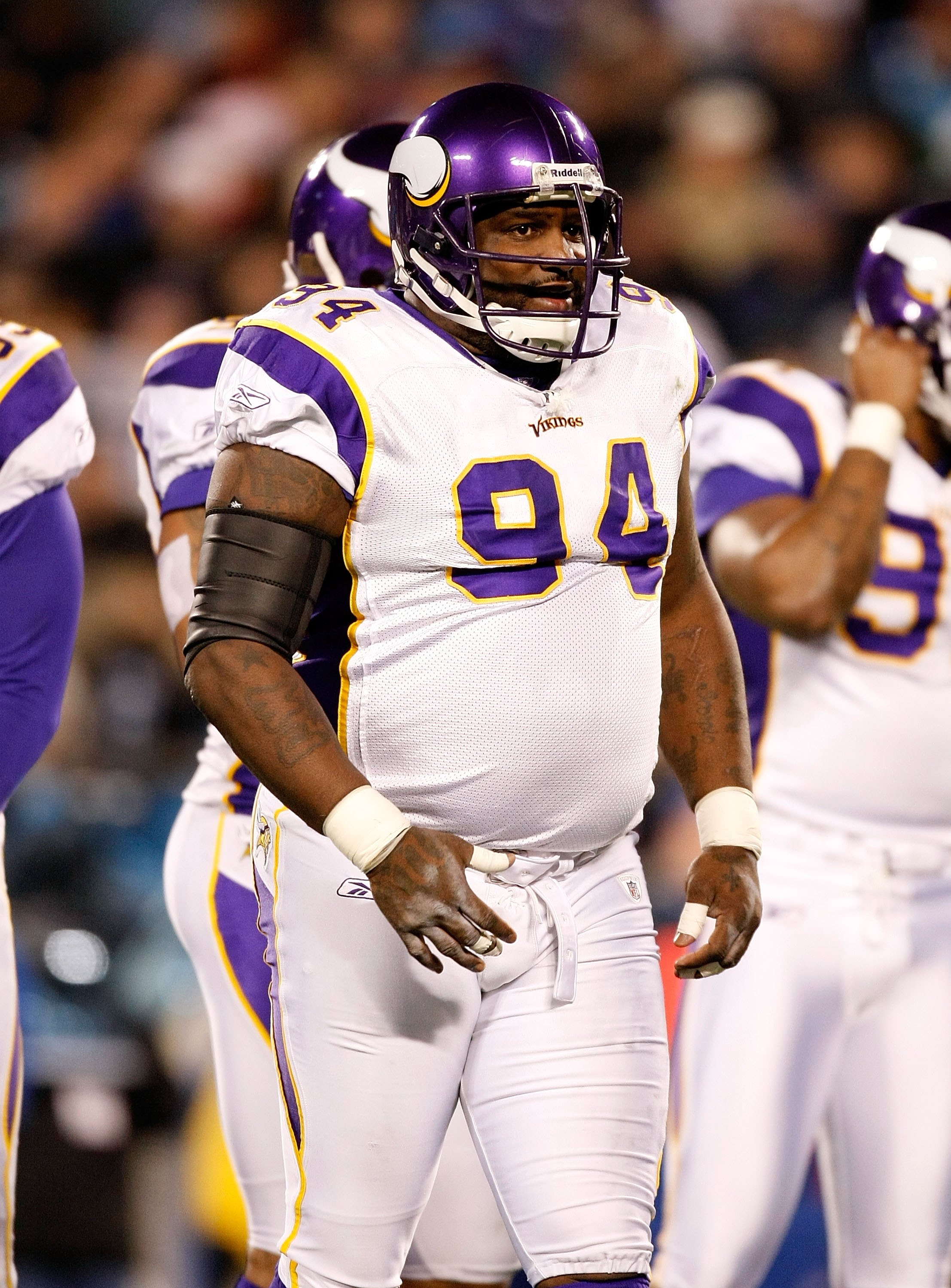 Another option in the AFC West would be the Oakland Raiders.

The Raiders run defense wasn't very good this season, and they're losing four defensive linemen to free agency in the offseason.

Pat Williams could help to mitigate those losses next year and carry the Raiders to a better out-of-division record than 2-8. 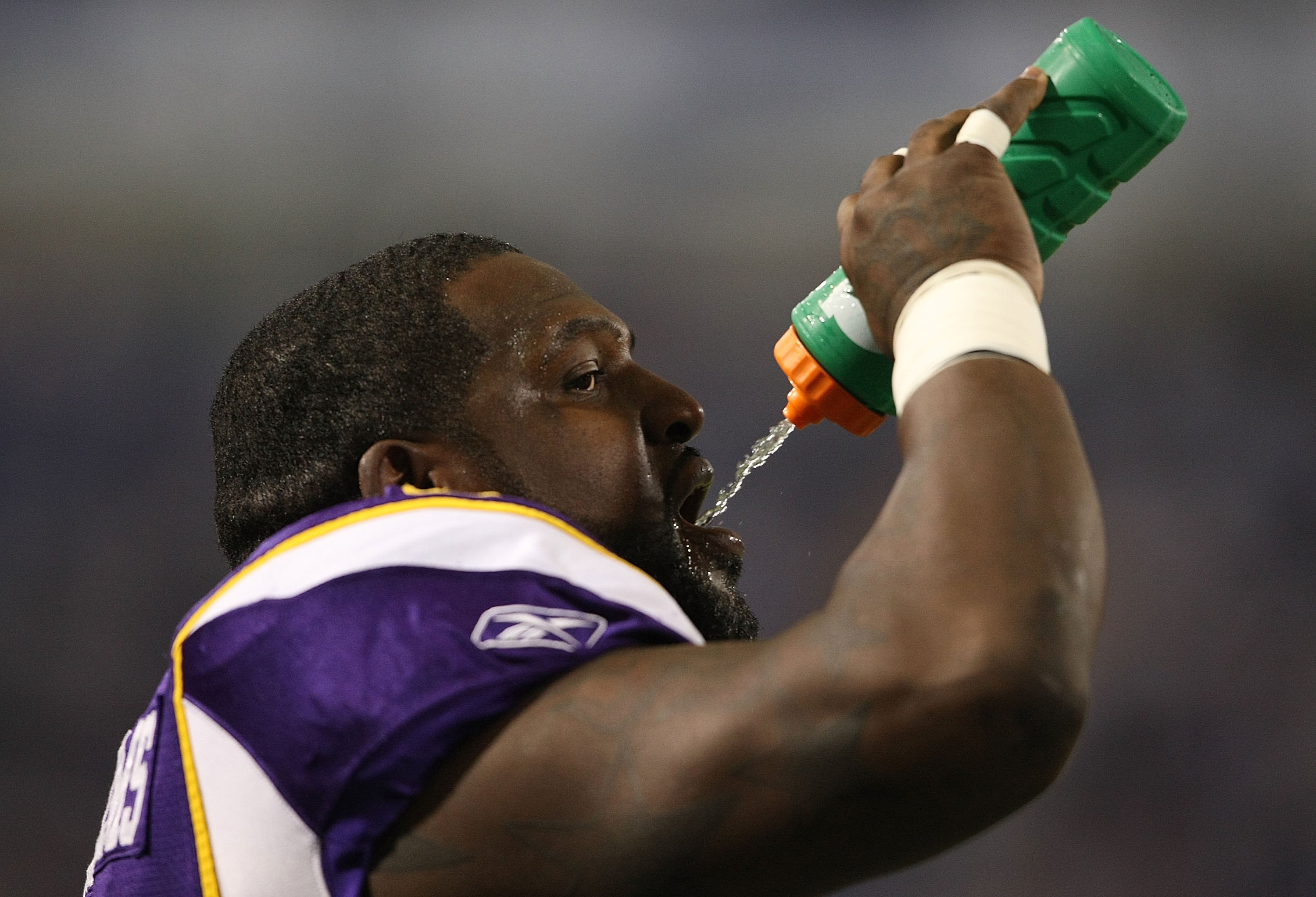 The New York Giants may be losing people like Mathias Kiwanuka in free agency, and they could stand to improve their rushing defense.

Both the line and the linebackers are aging, so why not add one more potential AARP member?

Williams may be 38, but he'd fit right in on the Giants. 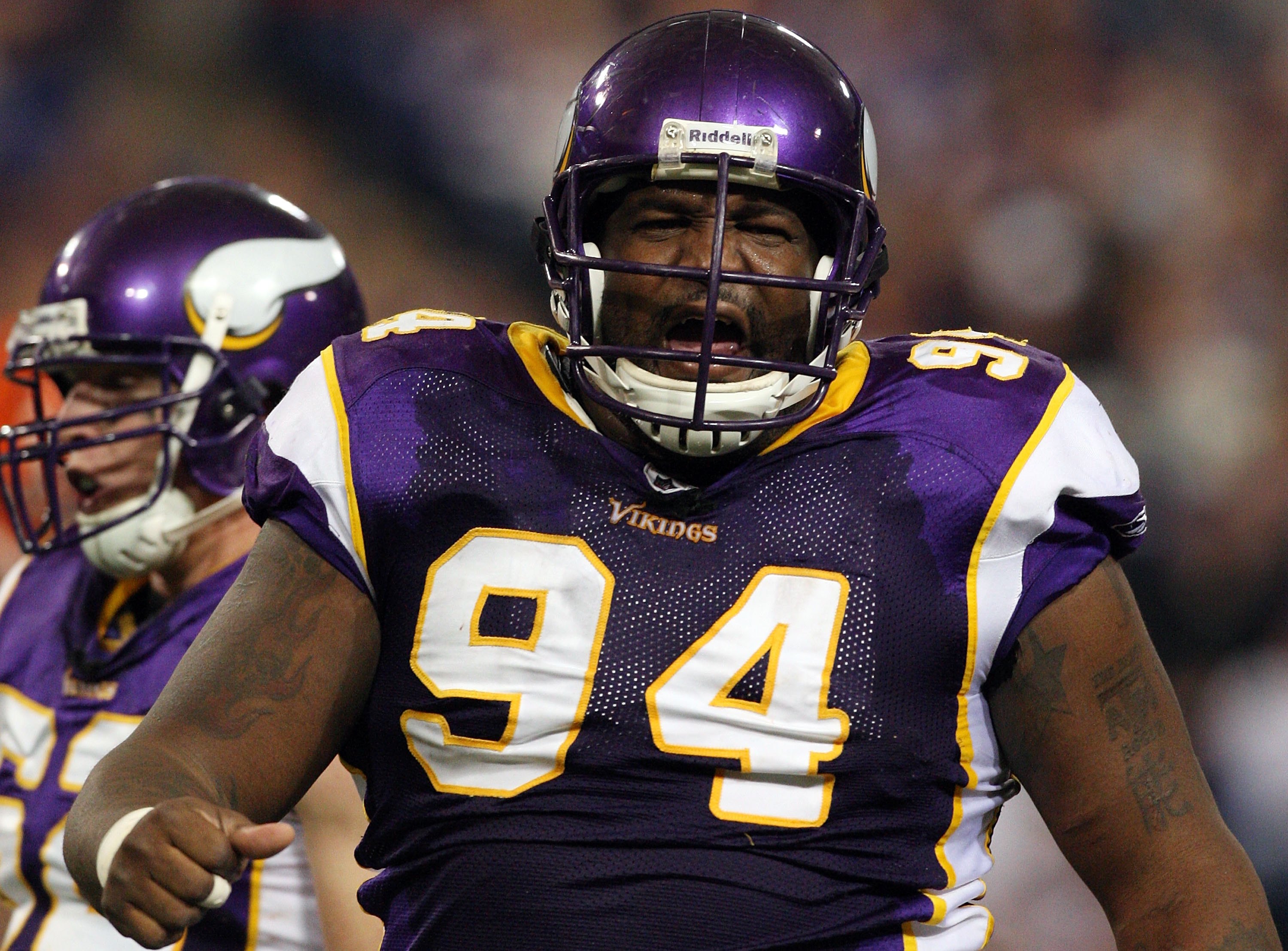 The only reason I could see this happening is because I have no confidence in Dan Snyder's ability to make good football-related decisions.

If the Redskins were willing to deal with Albert Haynesworth, they could absolutely attempt to invest in Pat Williams.

Williams may be dealing with some legal issues right now, but he's nowhere near the head-case that Haynesworth is. 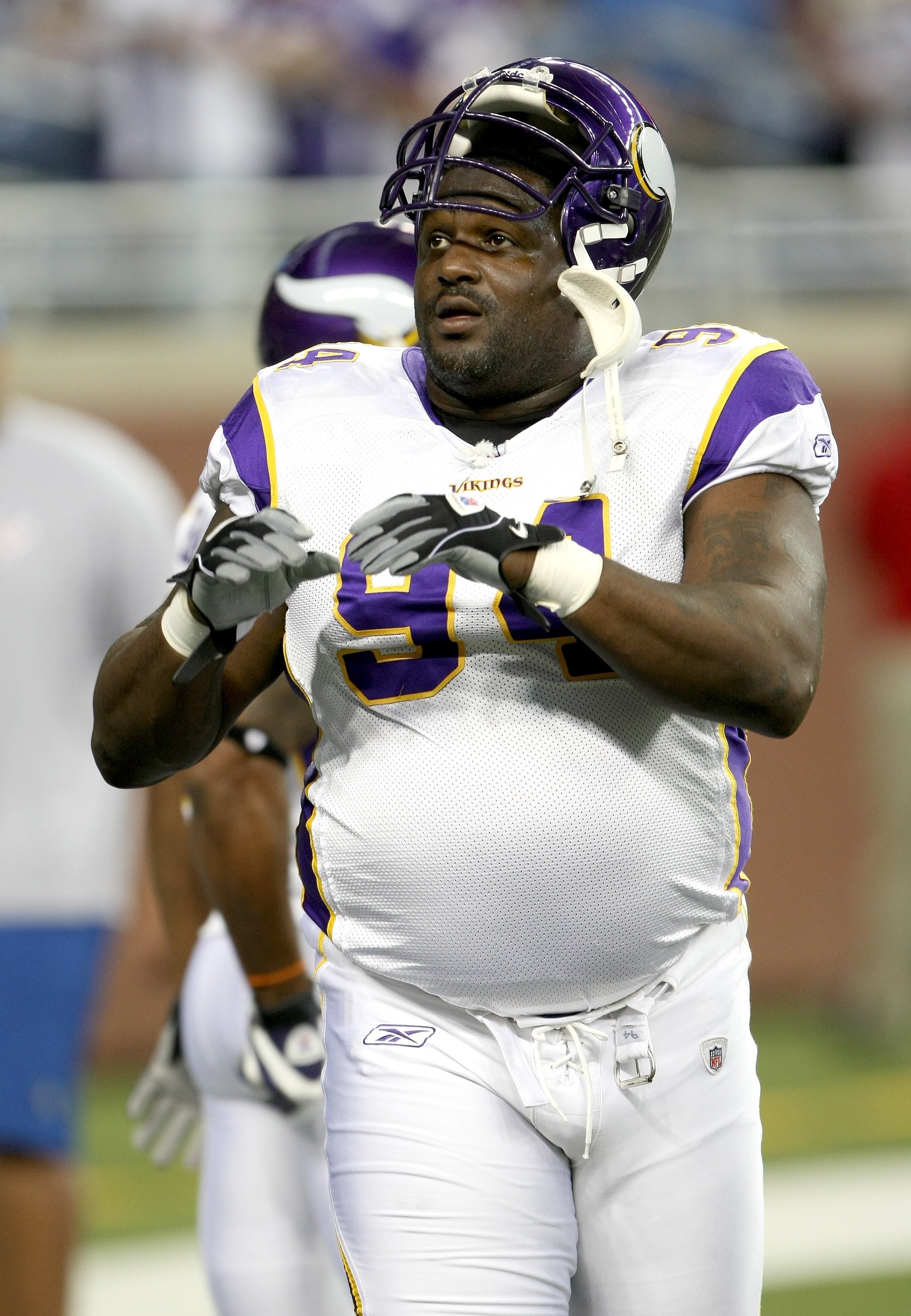 With Anthony Adams potentially leaving via free agency, the Bears could need a new defensive tackle.

Well, Pat Williams is going to be a free agent! And he'd love to play for a contender!

Does anybody else think this could be a good fit?

Brian Urlacher and Lance Briggs would love rushing up the middle behind the mass of man that is Pat Williams. 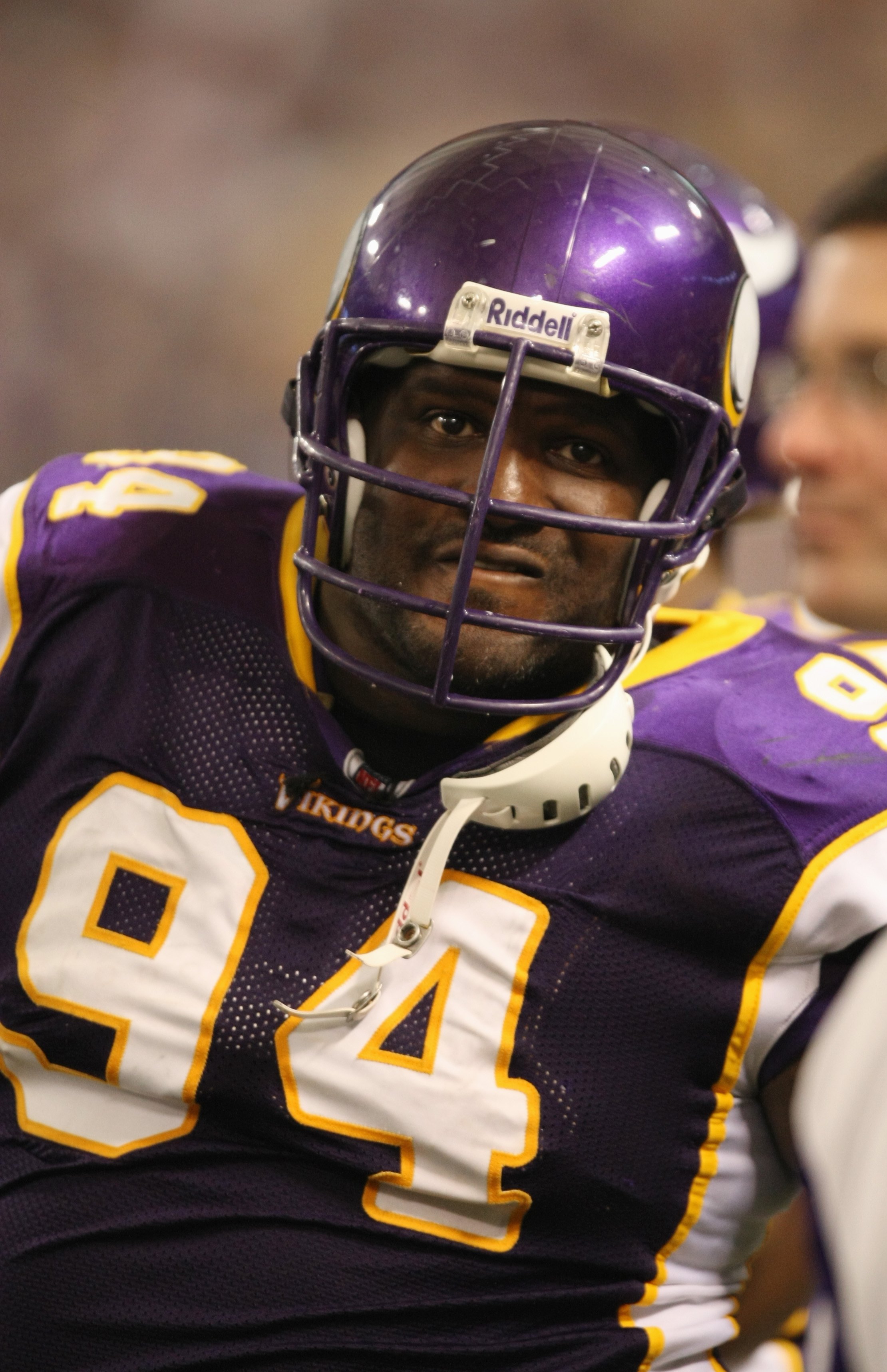 The defending Super Bowl champions' primary weakness is their relative inability to stop the run.

Because of that, this is a perfect fit.

The Saints still have a good defensive line, but they could use a 20- 25-play guy like Pat Williams. It helps too that his specialty is stopping the run.

Plus, New Orleans is a great franchise to play for and they will absolutely be contenders in the 2011-2012 window.

This is the most likely scenario in my mind.