You have probably heard the news by now—such as it's news—about the alleged foot fetish videos that may well have featured Michelle Ryan, wife of the New York Jets’ colorful head coach, Rex Ryan.

The story broke on deadspin.com, with videos depicting Michelle Ryan’s (alleged) dangling tootsies, complemented by the (alleged) voice of an admiring Rex Ryan. At his media session on Wednesday, Ryan did not deny the allegations but also asked that the media respect this as a “private matter.”

It’s odd enough for Rex—that most public of NFL coaches—to declare anything off-limits. Another oddity:  Ryan has put his own foot in his mouth many times; we did not know that he may have ingested someone else’s toes on other occasions.

But I digress, sort of. Usually, I leave these stories to others, and indeed, I have yet to write a Guilty Pleasures piece in my four months of writing for Bleacher Report. Every time I tee up an exclusive about The Hottest 25 Redheaded MILFs Who Have a Tenuous Link to Sports, some other scribe beats me to the punch.

Yet, this story is too good to ignore. So, instead of pussyfooting around, let me drop my own toes into these silly waters and present The Rex Ryan Press Conference That Should Have Been.

The part of (the fictional) Rex will be shown as “Rex;" the various media interrogators will simply be shown as “MI.”

THE REX RYAN PRESS CONFERENCE THAT SHOULD HAVE BEEN

MI:  Mr. Ryan, many Jets fans are outraged by the Deadspin allegations. Do you think the Jets should give you the boot?

Rex: No, but if anyone has a size seven boot, they can send one to Michelle. But seriously, does this really bother anyone? And please, call me Rex.

Rex: Not yet, but Rex Grossman did a pretty good job against the Cowboys last week, don’t ya think?

MI:  One more question about your lovely wife, Michelle: how did you guys meet?

Rex: We met when we were both just crazy kids.  You know, footloose and fancy-free. But that's just a mere footnote to our story. Can we please get back to football?

MI:  Sure. Rex, how would you characterize the bizarre last week or so surrounding your team?

Rex:  Kind of bizarre. We lost to the Dolphins at home and then beat the Steelers on the road. It’s a crazy game.

MI:  No, forget about the games, themselves. First, you had the Tripgate scandal involving strength and conditioning coach, Sal Alosi, and now this. You don’t think this has been a weird 10 or so days?

Rex:  If you’re implying that there is any connection between Sal Alsoi’s feet and my wife’s, you are sadly mistaken. Sal’s feet are size 11.5 and covered at all times. I would never let Michelle traipse along the sidelines in bare feet during a game. Much too dangerous and distracting, too.

MI:  What about after the game?

Rex:  That’s a private matter. Can we talk about football, please?

MI:  Your young franchise quarterback, Mark Sanchez, had been in a slump. Do you think he’s coming out of it?  Had you ever thought about benching him?

Rex:  Are you crazy?  He’s our guy. He’s had a solid toehold on the position since we drafted him.

MI:  How did you know that he was the right man for the job, given that he left USC a year early?

Rex:  We worked him out informally on the beaches of Southern California prior to the draft. He’s bright, has a great arm and shows excellent footwork. Um, next question, please.

MI:  I know you have a big game looming against the Bears, but you have to tell us more about those foot fetish videos. How did they get exposed?

Rex:  The feet? Quite easily. Does your wife go to bed with her shoes on?

MI:  I understand that part of it. I mean, how did the videos get uploaded?

Rex:  I don’t know. Every time, we boot up the computer, there seems to be a strange video popping up. I’m not a high-tech kind of guy.

MI: Can you tell us more, Rex? That doesn't smell right.

Rex:  Okay, I wasn’t gonna go there, but here’s what I suspect. I think that the Patriots' coaches illegally videotaped my wife’s feet.

MI:  So, those are Michelle’s feet?

Rex:  Of course they are. Will you let me continue?!

MI:  Sorry. I didn’t mean to step on your toes there, Coach.

Rex:  What I was trying to say was that I have good reason to suspect Bill Belichick for playing another dirty trick on the Jets.

MI:  But the voice in the background sounds just like yours, Rex.

Rex:  Did you know that Belichick does excellent impersonations? His Tom Coughlin is uncanny, and you should hear him do President Obama.

MI:  Amazing. But what if it wasn’t a dirty trick by Belichick?

Rex:  Well, I did give Sal Alosi the keys to my place so he could feed my cats. You know, I really trusted that guy. I’m not accusing him of anything, but… 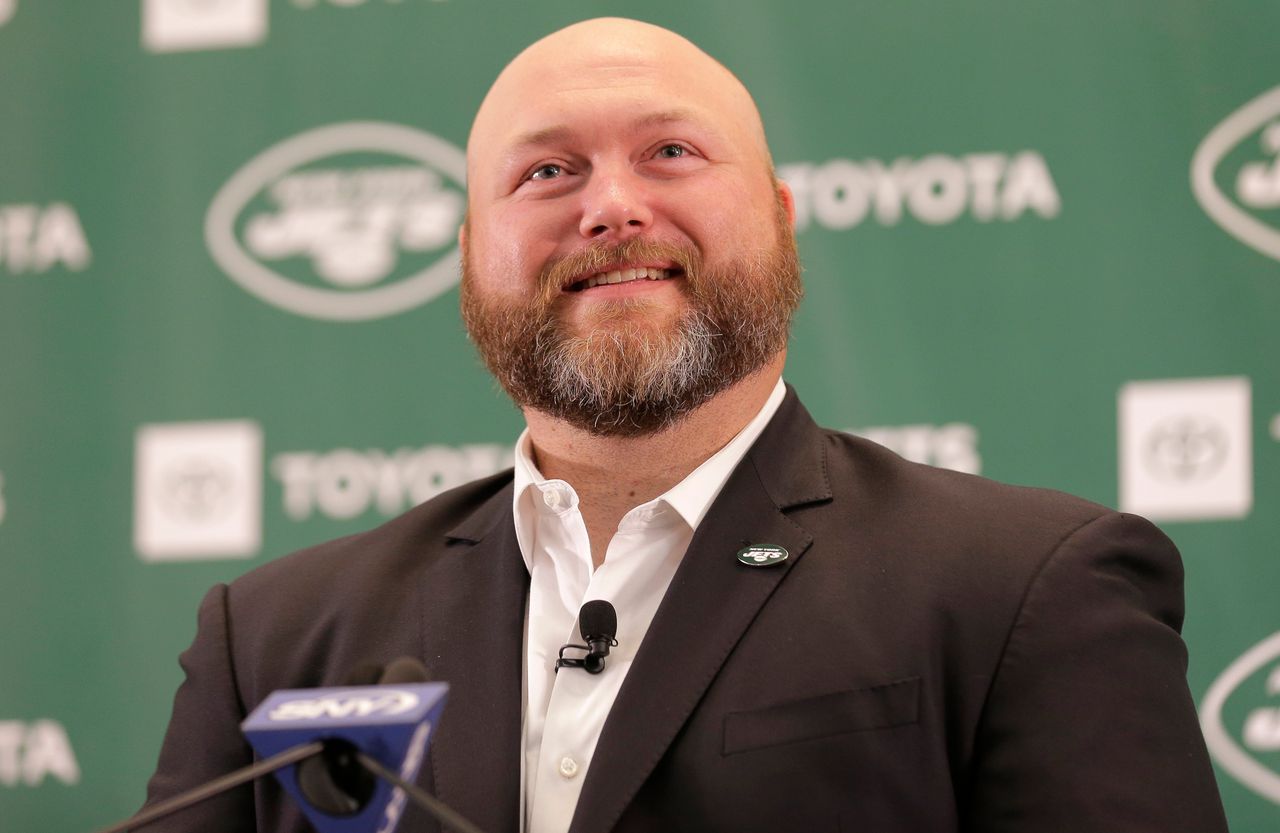