Oakland Raiders: How the Team Can Still Make the Playoffs 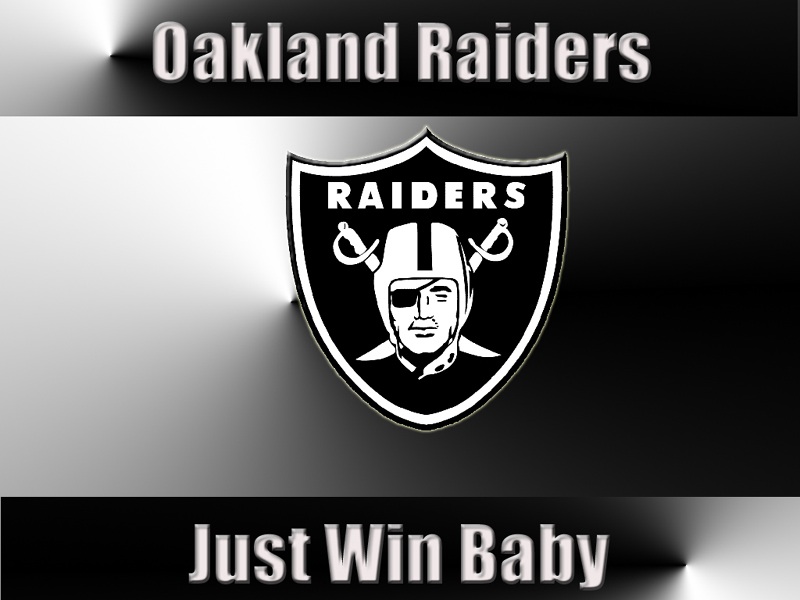 After 15 weeks in the NFL, the playoff picture is slowing coming together. However, there are still nine teams alive in the AFC, and 10 teams still alive in the NFC, which means that the next two weeks are going to be action packed, and not fit for the faint of heart.

The Oakland Raiders are still alive going into week 16. Yes, hard to believe, for the casual football fan, I know, but to those that know their ball, they can see that the Raiders are one of the most improved teams in the NFL, and can still give chase to the Chargers and the Chiefs for the AFC West Division Championship, and host a playoff game. They need a little help, but it can still happen! Don't believe me? Here's how.

What The Raiders Need To Do 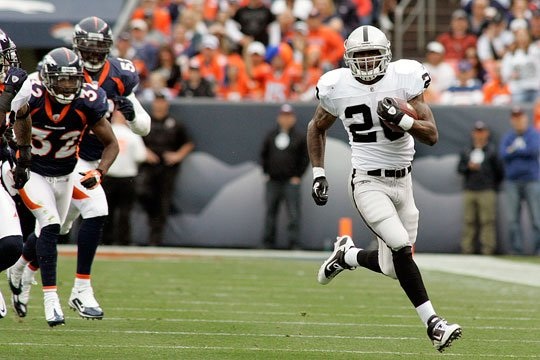 The Raiders simply need to win from here on out. Being two games back of the division leading Chiefs, and one game back of the Chargers, with two games remaining, it is virtually impossible to make the playoffs if they lose either of their remaining games. Those two remaining games are as follows:

The following slides will outline how the Raiders can win those two games. 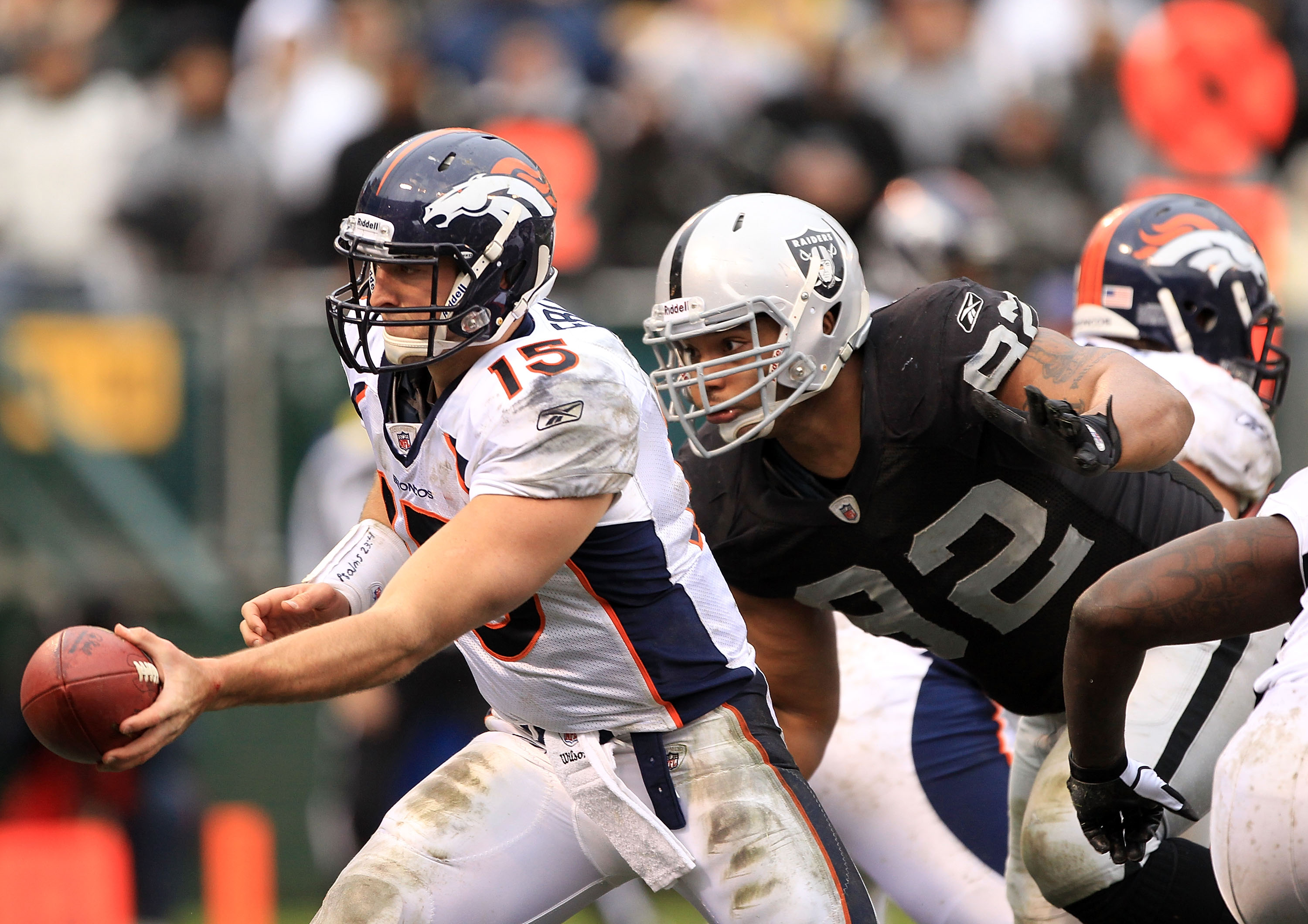 At the beginning of the season, this game was marked off on my calendar for two reasons.

1) My brother the Colts fan and I were probably going to have a week long fight.

16 weeks later, this game is rapidly approaching, and it is no longer un-winnable. Needless to say my brother and I will still have a week long fight, for bragging rights, and now a playoff spot.

The Raiders can beat the Colts by doing three things:

1) The Raiders need to rush the ball, and stop the rush. The Colts rush defense has been dismal at best, and the Raiders have emerged as a dominant rushing force behind the legs of Darren McFadden, Michael Bush, Marcel Reece, and the occasional speedy Al Davis style wide receiver. (See: Jacoby Ford, Darrius Heyward Bey, Louis Murphy). The Raiders rush defense has struggled against top rushing attacks from Jacksonville and Pittsburgh, but have also effectively shut down weaker rushing attacks from Denver, San Diego and Seattle. If they can effectively rush the ball, and defend the rush, they will have a very good shot at beating the Colts.

2) The Raiders need to get after Peyton Manning. They are in the top 5 in the NFL in sacks, and need to demonstrate that by sending heavy blitzes and getting after the quarterback. Having said that, they will also have to cover the Colts' receivers well, or to the best of their ability, considering it is after all Peyton Manning under center. It's easier said than done, I know, but crazier things have happened.

3) The Raiders will have to win the turnover battle. Arguably, this was the only aspect of the Raiders game against Denver today that they did not perform well in. They gave up three turnovers in the first half alone, and the Broncos converted for touchdowns on two of them. That will need to change against the explosive Colts offense, who can and will capitalize on turnovers.

The Oakland Raiders vs Kansas City Chiefs rivalry has not been relevant for about a decade. However, there is a chance that this game at Arrowhead could be for all the marbles, if the Raiders beat the Colts, and the Chiefs lose their next game vs. Tennessee. Kansas City has been dynamite at home this season, and the thought of them losing two in a row at Arrowhead is almost unthinkable, but like I said before, crazier things have happened.

The Raiders strategy going into this game will be very similar to that of the previous week. Rush the ball down their throats, stop the run, use their speed, get after the quarterback, and win the turnover battle. If the Raiders play that strategy, they can win in Kansas City.

Here's another fun statistic: The Raiders have won their last two games at Arrowhead. Though the Chiefs were dismal both of those years, the Raiders weren't exactly great either. I am one of many enthusiastic football fans that would enjoy seeing a Raiders-Chiefs game that actually meant something for the first time in a very long time.

What Else Needs To Happen 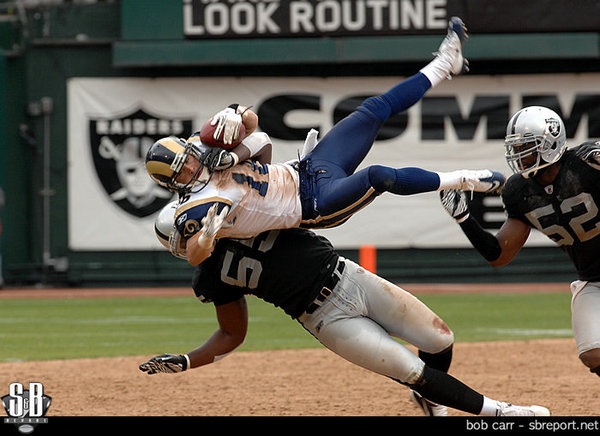 Even if the Raiders win out, they will still need some help. As it stands right now, the AFC West standings are as follows:

The Raiders have the tiebreaker over the Chargers after sweeping them this season, so the Chargers only need to lose one game. Easier said than done, against the lowly Cincinnati Bengals and the dismal Denver Broncos. Both of those games will be on the road, in Cincinnati and in Denver. Neither of these games will be easy for San Diego to lose, but anything can happen, especially in the NFL.

The other major obstacle in the way of the Raiders playoff hopes: The Kansas City Chiefs. After winning today in St. Louis, they will now need to drop their next two games in order for the Raiders to make the playoffs. Those two games are both at Arrowhead, against Tennessee, and Oakland. Tennessee showed signs of life today as they emphatically beat the Houston Texans. As for the Raiders, they are on the right track again, and can definitely have a chance at beating the Chiefs. 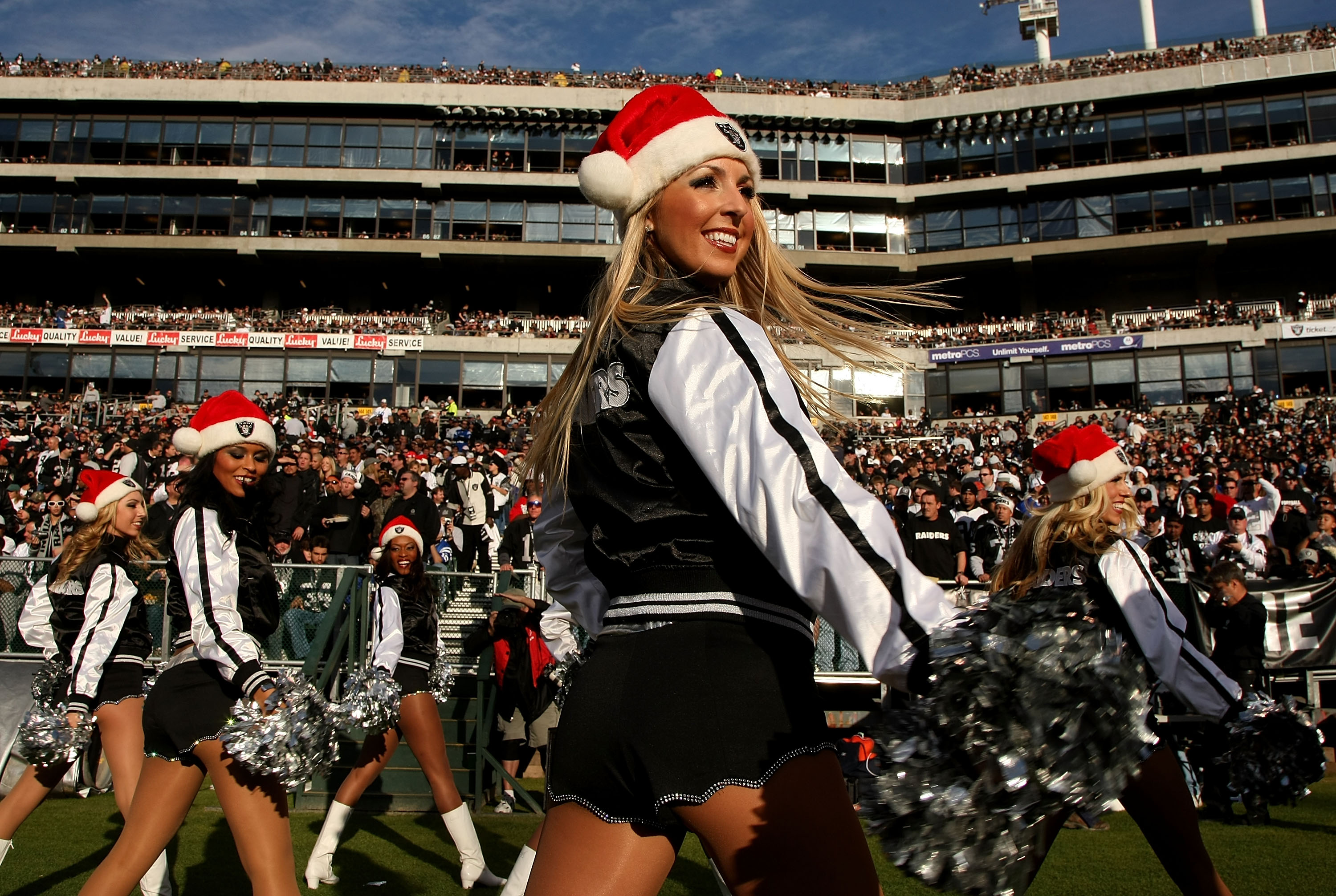 In conclusion: It's a long shot!

The Raiders can only control what they do, and if they play like they did against Denver today, rushing heavy, getting after the quarterback, stopping the run and using their speed, in addition to winning the turnover battle, they will be able to beat the Colts and Chiefs.

It's a lot to digest, but it's really quite simple, and can be summed up by the following three words: Any given Sunday.

Is it too late for Christmas wishes, Santa?